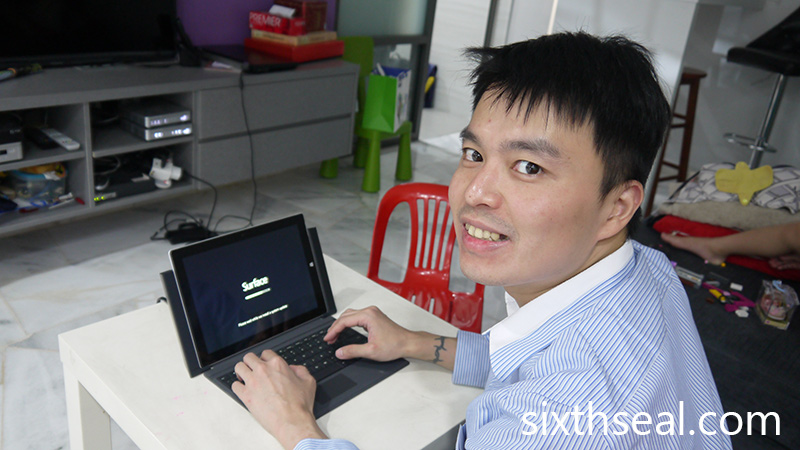 I’ve been using the Surface 3 for a couple of months now. I have the works – the Microsoft Surface 3 128 GB unit with 4 GB RAM, Surface 3 Type Cover, Surface Pen, and even the Surface 3 Docking Station! 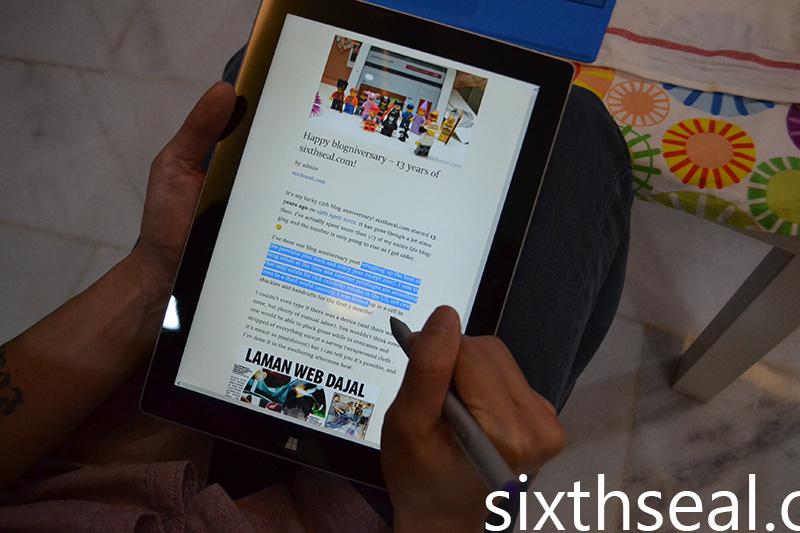 As someone who just started my own company, having a portable notebook is very important to me. The Surface 3 has basically replaced both my conventional notebook and tablet since I only need to bring this to meetings and while working on the go. It’s truly an all-in-1 device to replace your notebook, PC, and tablets. 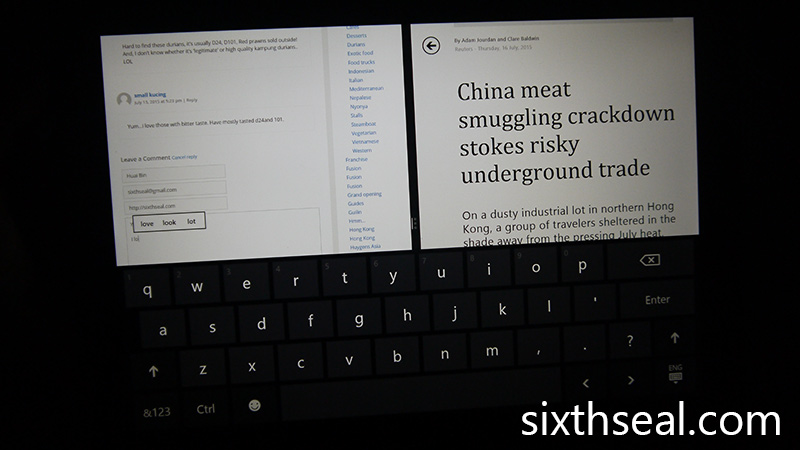 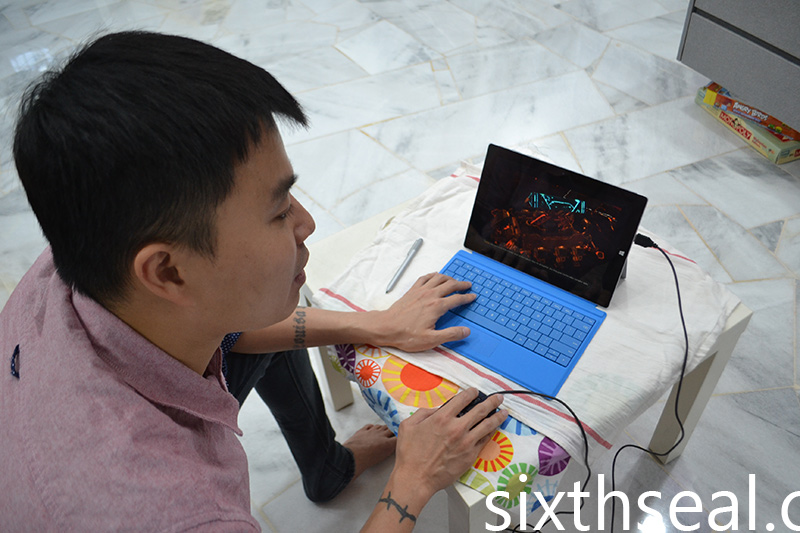 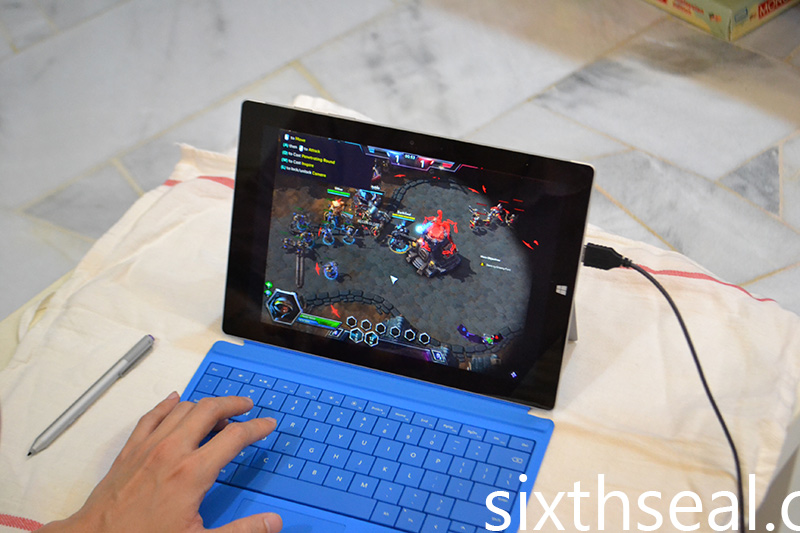 I can even run Heroes of the Storm on it! The quad core Intel Atom x7 processor inside the Surface 3 allows you to run all native Windows applications, which is the point of this device. 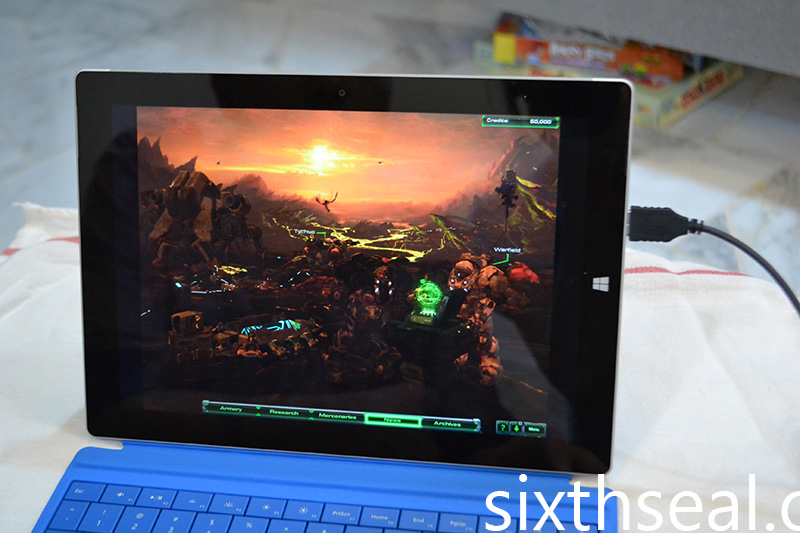 Think of an app you want/need to run – Photoshop, Word, or Call of Duty. The Surface 3 can run it without problems since it runs ALL Windows programs, not just a pared down app. Of course, you can still use your favorite touch apps but what’s unique about the Surface 3 is that it runs all my essential desktop software smoothly. 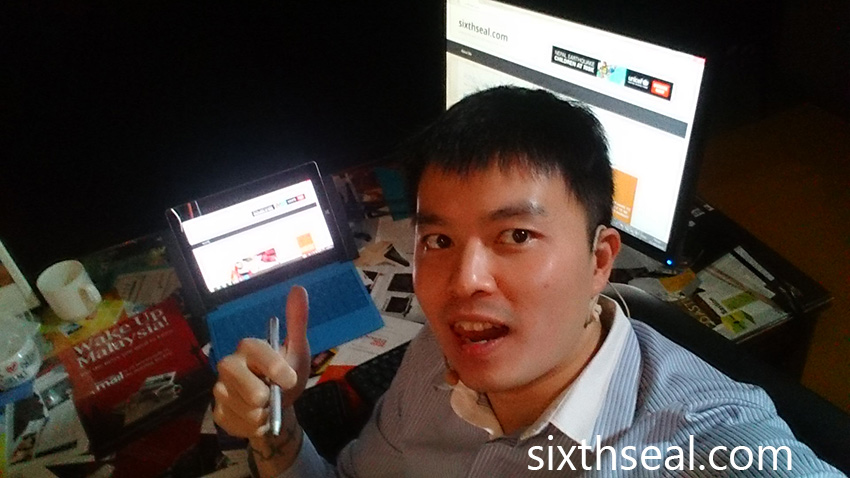 I frequently work at cafes where I can get my daily caffeine fix and use their WiFi to reply emails or write a proposal. I’ve often encountered conversations like these:

Stranger: OMG! Where did you download that app?
Me: It’s not an app, it’s the full program.
Stranger: What do you mean? You mean the program has been made into an app?
Me: No, this is the original desktop software.
Stranger: That’s not a tablet then? *stares at me and the device suspiciously*
Me: It’s a complete notebook – anything you can run on a PC, you can run on this.
Stranger: No way! 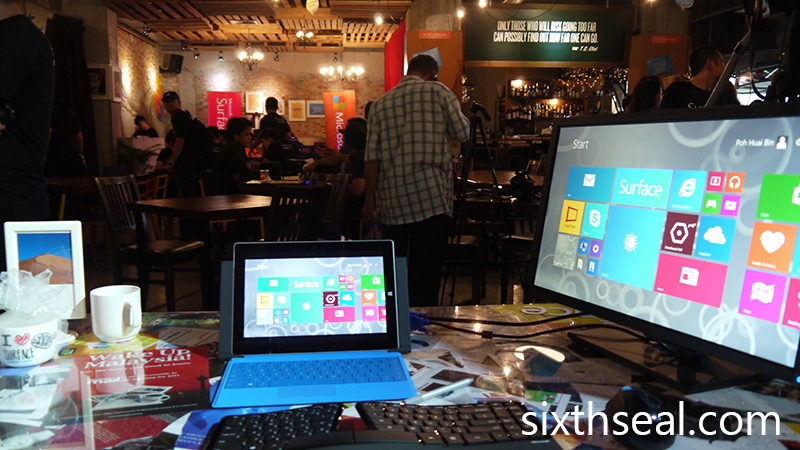 They then proceed to examine my Surface 3 with great interest and dragging me into a conversation I didn’t plan for, thus undermining my work time. I think I’ve been a great evangelist for the Surface 3 though. 🙂 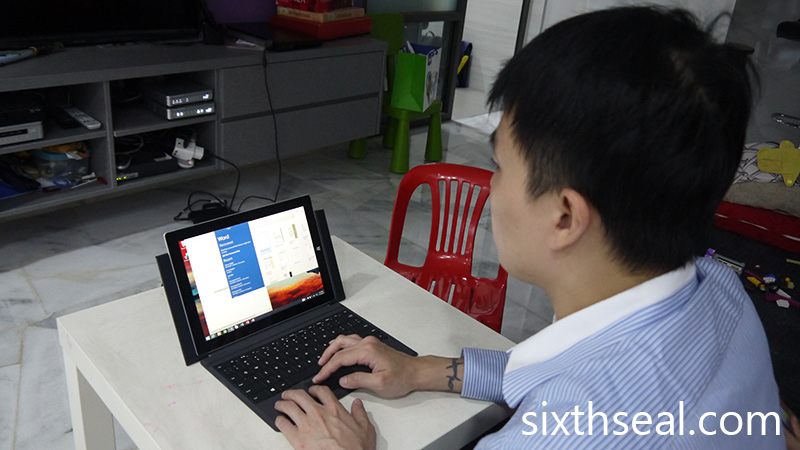 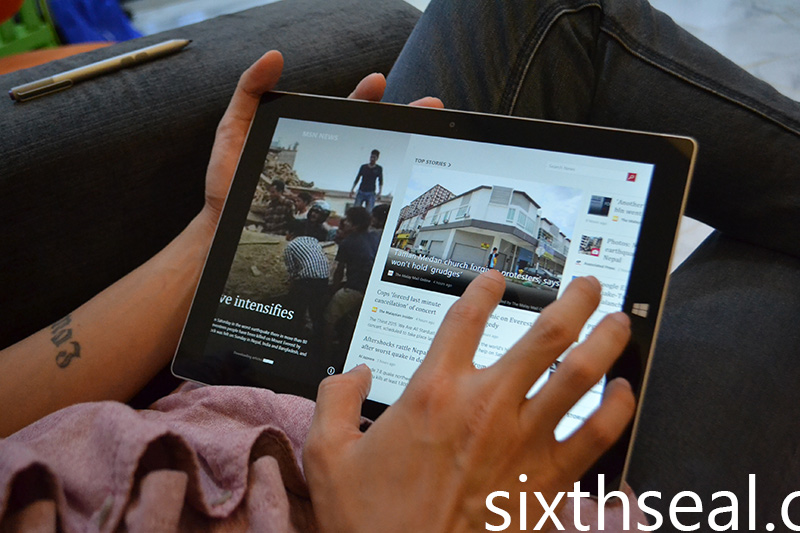 However, tablet mode is great for reading ebooks and news – which I usually do on the porcelain throne in the morning. No worries, I haven’t dropped it so far. On a serious note, the Surface 3 Pen is really awesome too, especially if you’re using it as a tablet. I’ve already written about that in a previous post 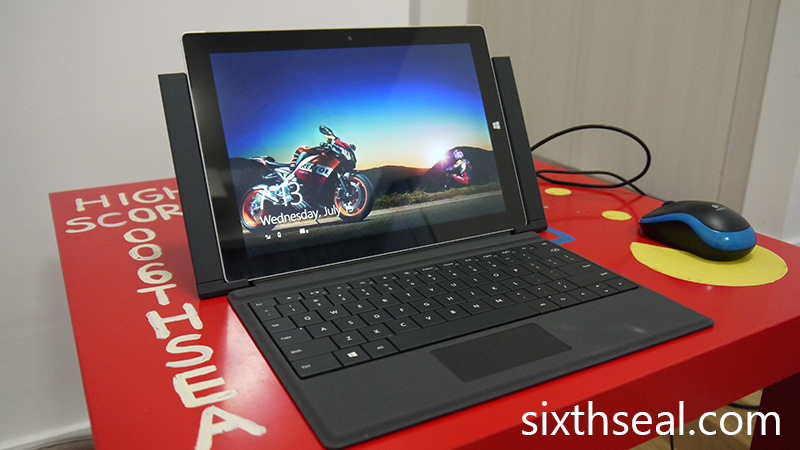 The Surface 3 is even more useful to me now that I have the Surface 3 Docking Station. The Surface 3 is equipped with a USB 3.0 port but I need more than that so I have to use a 4-socket USB port/extender when I come home to insert all my external hard disk drives, wireless mouse and smartphone charger/data cable. 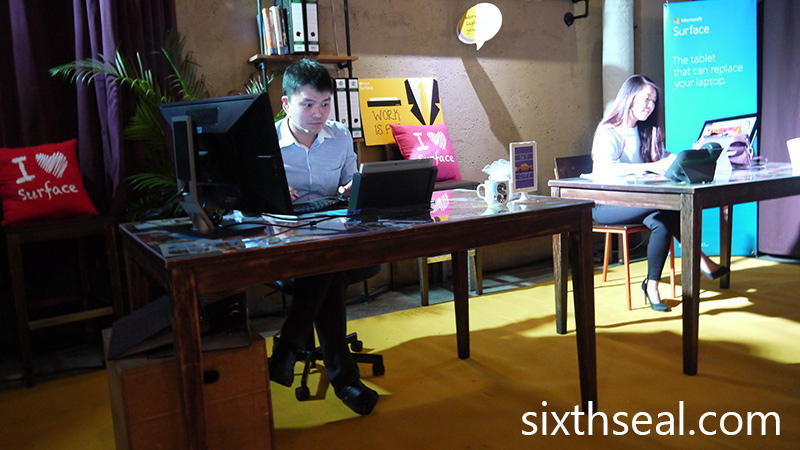 This is the thing that I needed to turn the Surface 3 into not just a tablet and notebook but a full-fledged PC! I can connect it to a HD LCD monitor, use the Gigabit Ethernet port for a more secure connection to my network, play music on the home speaker setup with subwoofers that I have with the audio out, and utilize the 2 x USB 3.0 and 2 x USB 2.0 ports. 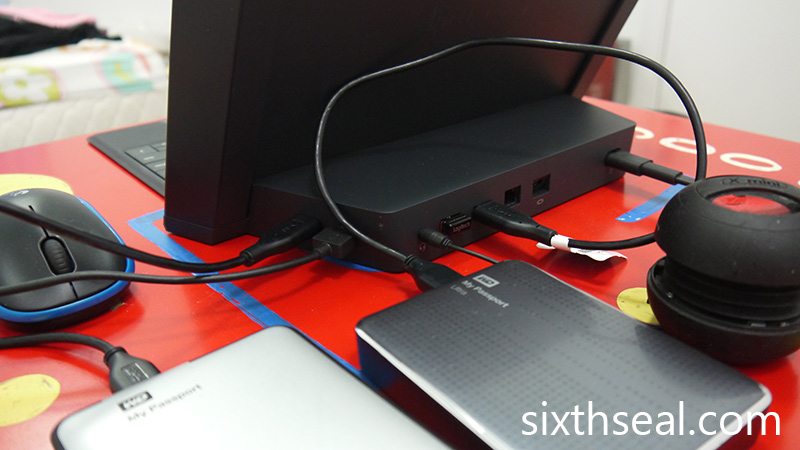 The Surface 3 Docking Station is really ideal for people wanting to get the most bang for their buck and using the Surface 3 as a notebook, tablet and PC. It also automatically charges the Surface 3 when it’s docked and there’s a Mini DisplayPort video output which you can use for a larger monitor (or in our case for watching movies). 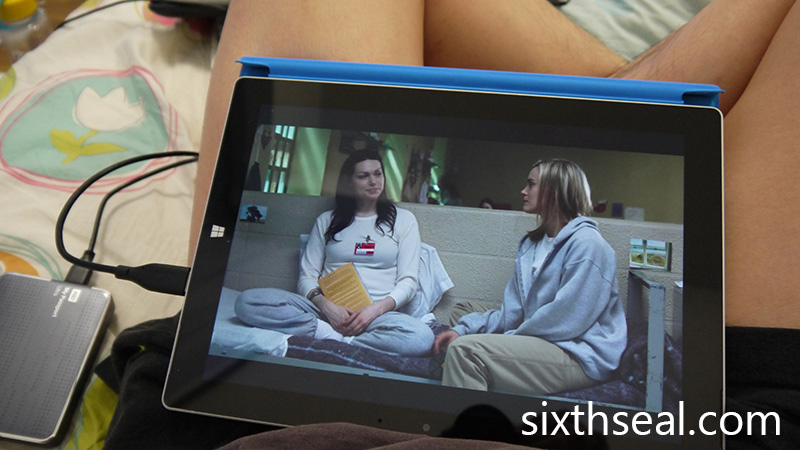 I’m not kidding, sometimes you download movies which has video or audio codecs which your television doesn’t support. You can use the Mini DisplayPort video output to go straight into your TV and not risk the Surface 3 from running out of battery coz it’s charging at the same time. 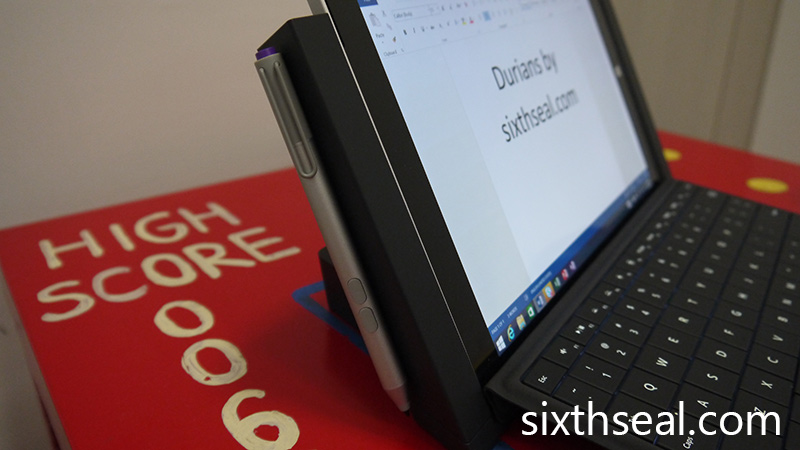 There’s also a magnetic side that doubles as a nifty storage solution for the Surface pen so you don’t lose it as well as a security lock slot in the Surface 3 Docking Station, but so far I haven’t found any use for the latter. I don’t have any light-fingered friends or family but if you’re in an office environment it could be useful for you. 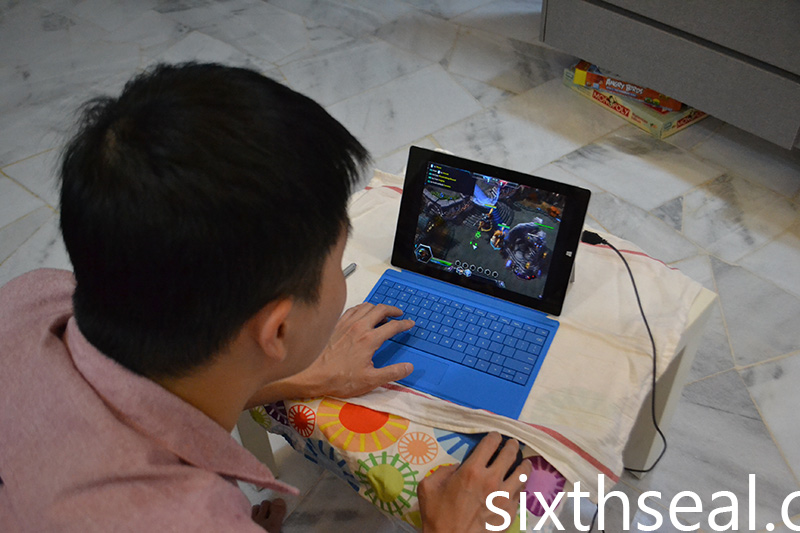 I’ve been very happy with the Surface 3. It’s been in use on daily basis and has replaced my notebook, tablet and PC with just one single device. It’s fast and the Surface 3 Docking Station was the final detail that allowed me to use it exclusively and relegate my old and slow PC to a cloud storage system. I only wish I can keep it coz it’s so integrated into my lifestyle now.