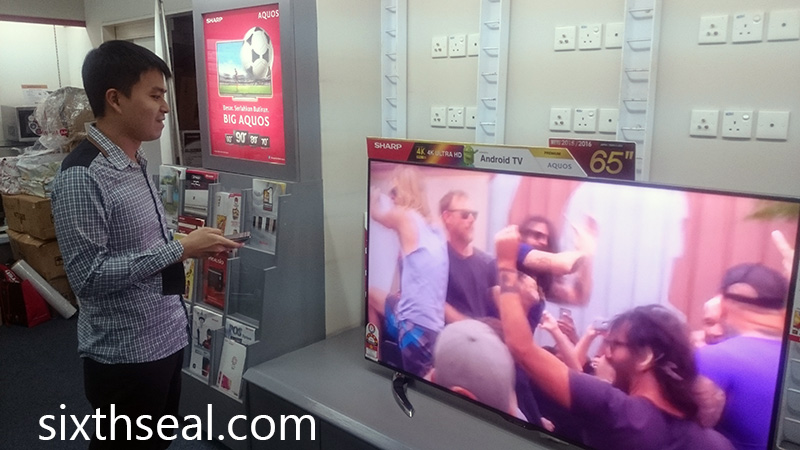 I was just thinking of getting a new TV for my better half. Knowing that she would love to explore new technology, I was looking at getting her something contemporary instead of a conventional TV. My place is actually quite near the Sharp-Roxy Sales & Service Company’s showroom, I dropped over last week to look at their latest AQUOS range and while I was browsing, I was introduced to their latest Ultra HD 4K Android Digital TV. These are the sets that just launched on the 10th of August 2015. 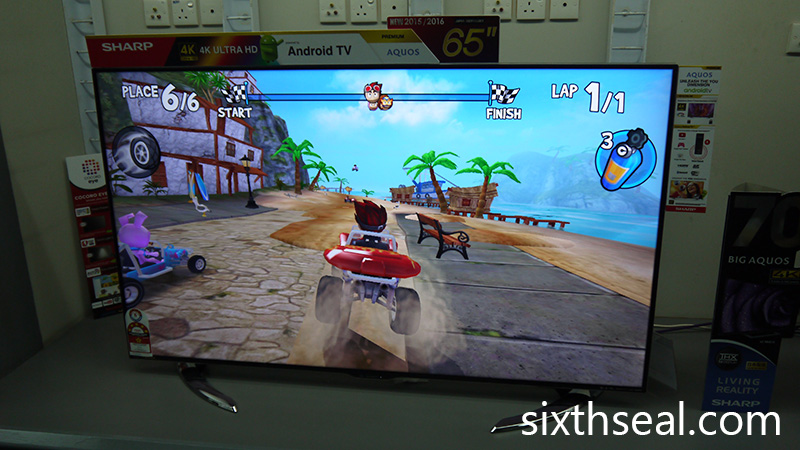 This is the top-of-the-line 65″ UE630X series with 4K/UHD resolution and their proprietary 4K Master Engine Pro chipset. The colors are immensely rich with deep reds and vivid greens – there’s a 14% improvement over their previous flagship 4K offering and you can visibly see the difference! 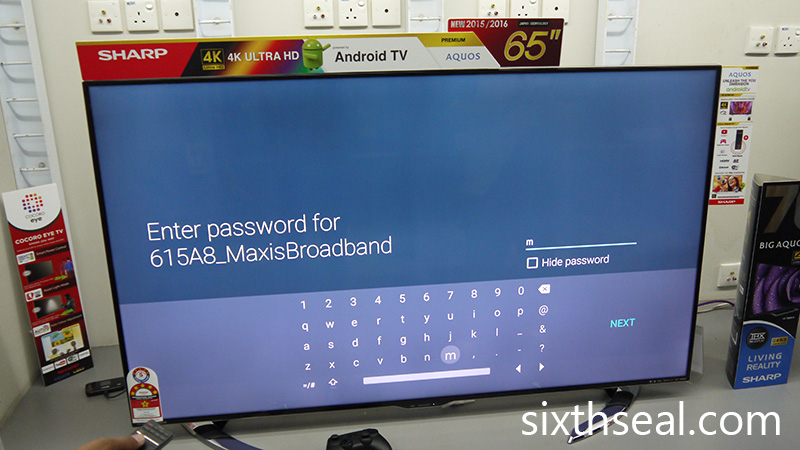 The 4K TV is also powered by Android but it’s not the previous generation Android that was made for phones, and thus looks like a smartphone interface. I’ve seen that system and it had a lot of problems with some apps since it was made for a smartphone instead of a TV. Now, the new AQUOS LED 4K TV runs AndroidTVTM which is tailor-made for a TV experience. 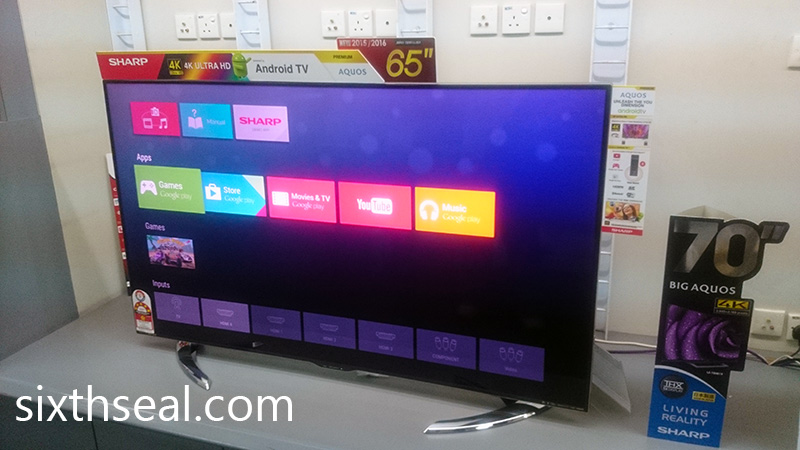 This is very important as the interface is MUCH slicker and easier to use with the provided remote (which also has a combination touchpad in the middle). You can log into Google to instantly see the latest videos, songs and games you’ve played right as your Favorites and on top for ease of access. 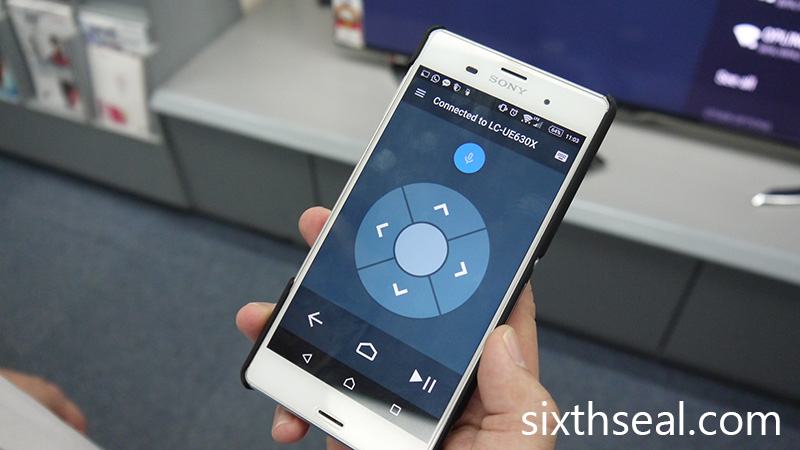 Best of all, you can connect your smartphone to the Sharp AQUOS 4K UHD TV and it will act as a remote control! 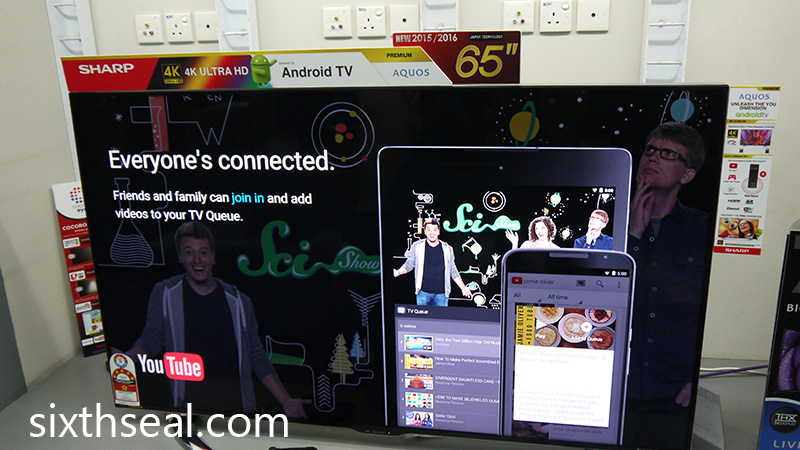 The user interface is also improved and the experience of navigation is very easy and intuitive with the new AndroidTVTM OS. This is made for television and it feels like it was made for your remote (instead of a smartphone) – bigger icons, better organization, slicker navigation. 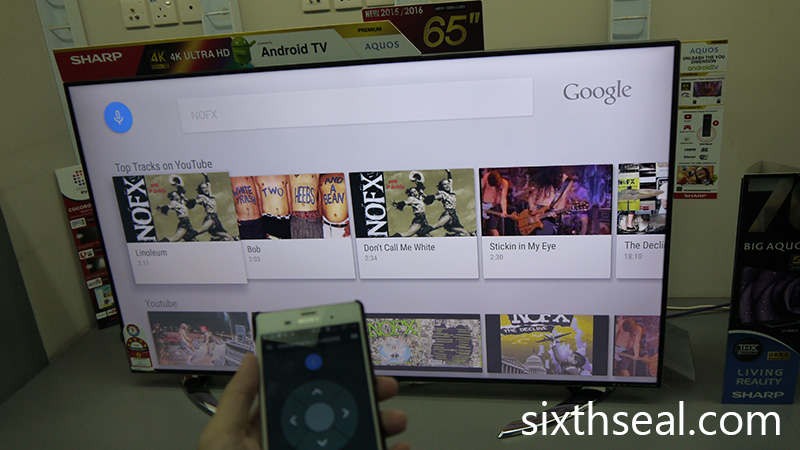 I love how the Sharp AQUOS TV remote also has a Voice Search. Yup, this is the very same Google voice search so it already recognizes your voice. I just had to press a button and say “NOFX” (it’s pronounced “No Eff Ecks”, as in “No Effects” not “N-O-F-X” and the Voice Search got it right the very first time and showed me the YouTube videos of my favorite band. 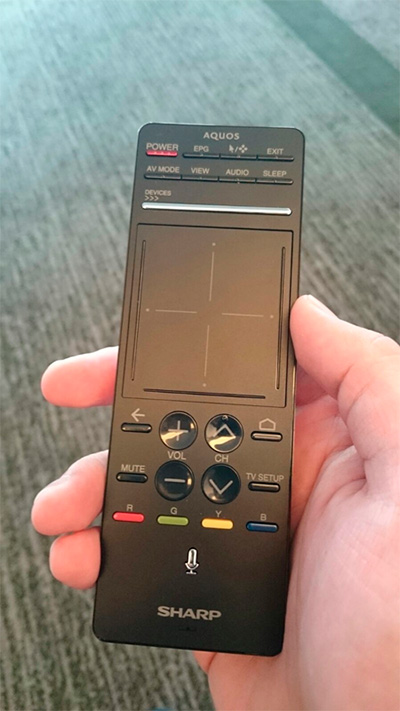 Check out more of what the Sharp AQUOS TV remote can do in this video:

I can also use a third-party controller to play games. This is hooked up via Bluetooth and it works perfectly while I’m playing Google Play Games. 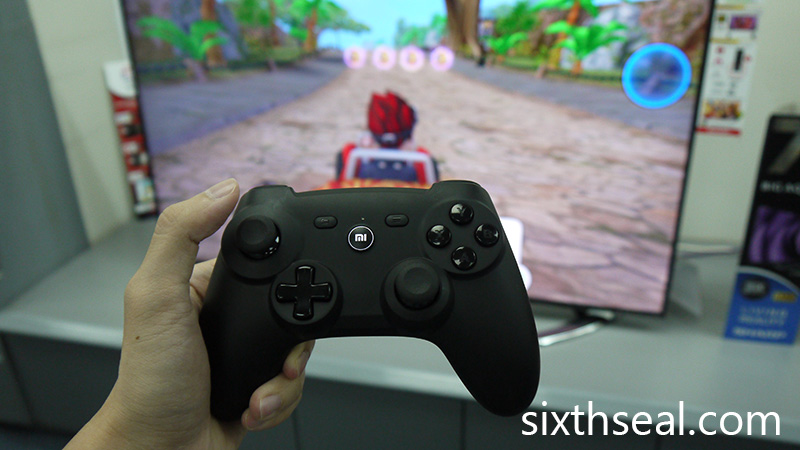 Your smartphone can also be used to view photos and videos using Android Cast. You just need to connect to your home WiFi for this media server feature. This mirrors, or rather, casts the content of your smartphone to your TV so you can view it in a larger format. You can cast just about anything from YouTube videos to the pictures you took using your smartphone. 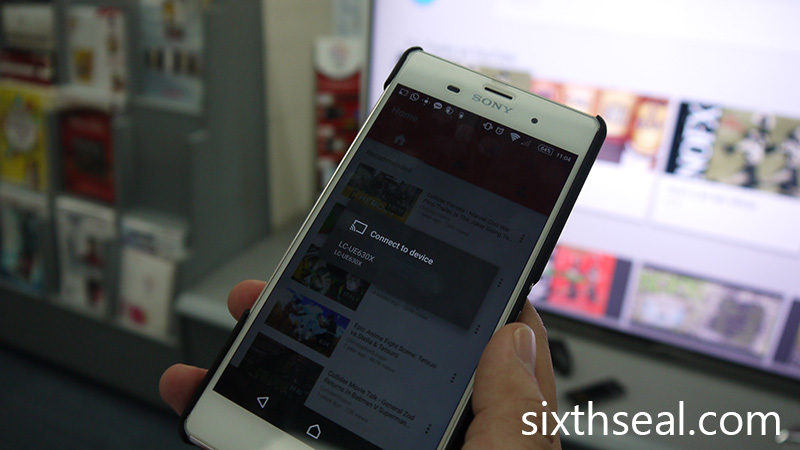 Yes, this also includes the stuff you have in Google Drive and Dropbox – it can stream files in your cloud storage too. The Google Cast feature is not just limited to Android smartphones but also to iPhones and other iOS devices like your iPad! 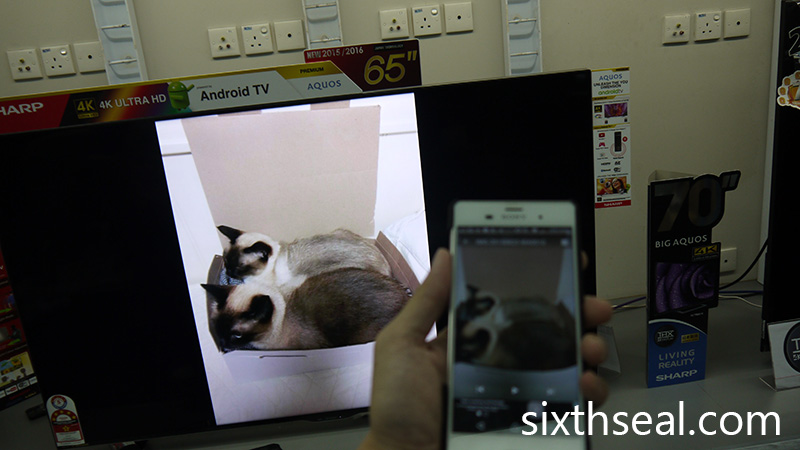 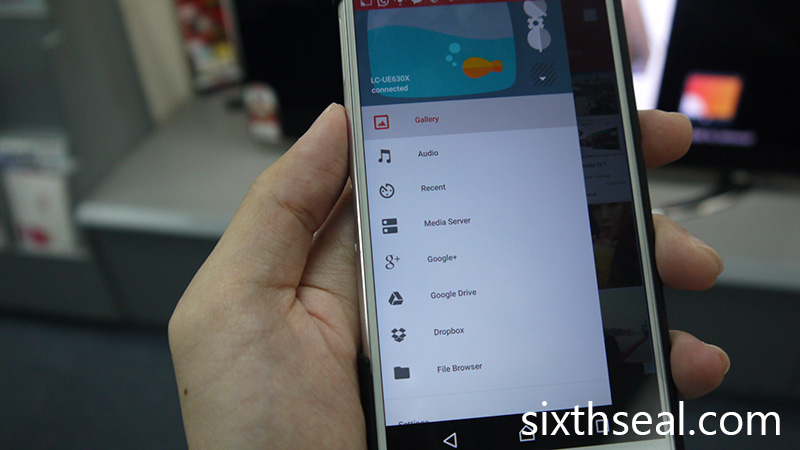 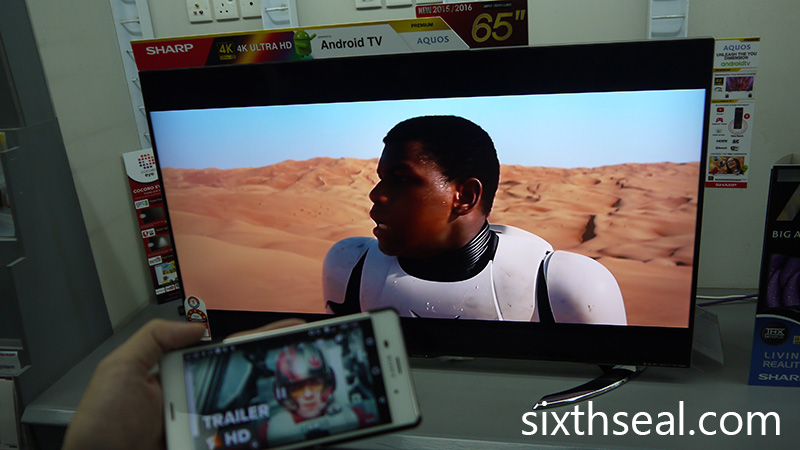 If you’re interested in what Sharp AQUOS have got to offer, check out the links below: