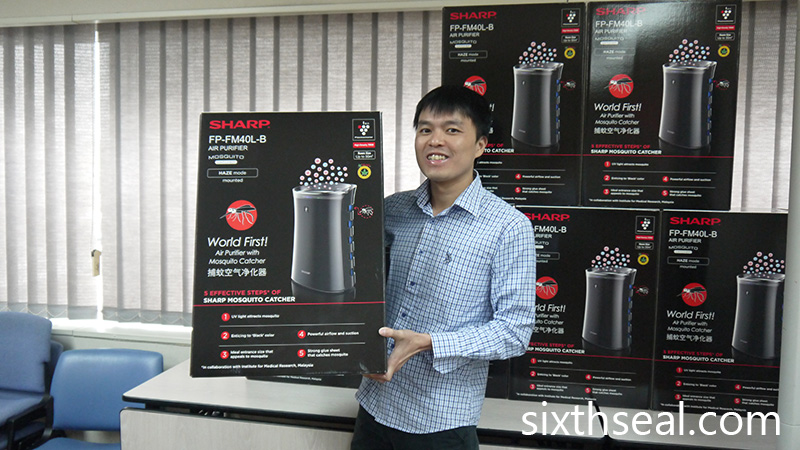 We have a huge haze problem every year due to the forest fires from a neighboring country. Schools have been closed, airports shut down and lives disrupted due to the haze. Therefore, it may seem puzzling that our API (Air Pollutant Index) seem to be much lower than Singapore’s PSI (Pollutant Standards Index) – especially if we can see and feel that the haze is really bad. 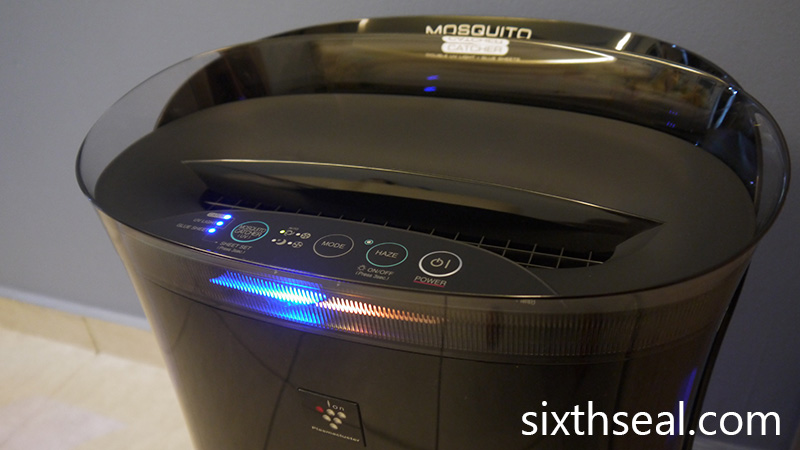 There is a reason why you should not believe publicly available figures of API – it’s an outdated method of measuring pollutants over a 24 hour period. There is no accounting for highest level of the day or very fine particulate matter, which is why we’ll have a reading of say, 99 API when it’s actually 200 API at the moment. 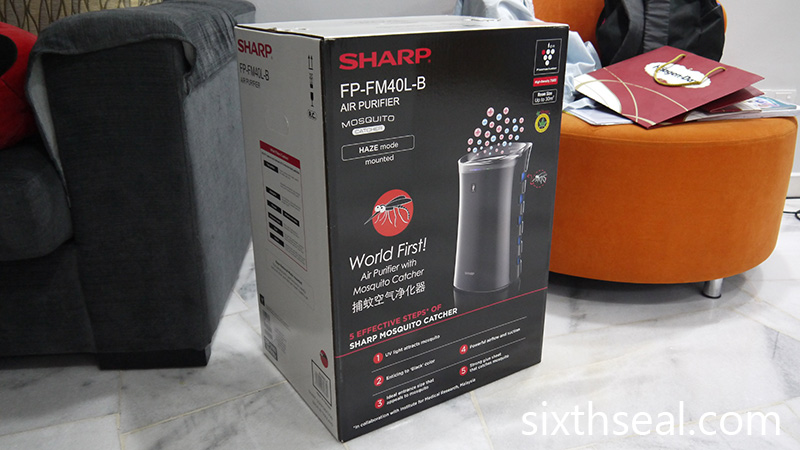 This method of “averaging” the hourly API readings over a 24 hour period will “dilute” the readings and give a better forecast than it really is. Worse still, our government uses the archaic PM10 (Particulate Matter smaller than 10 micrometers) instead of the newer PM2.5 (suspended particulates smaller than 2.5 micrometers in aerodynamic diameter). 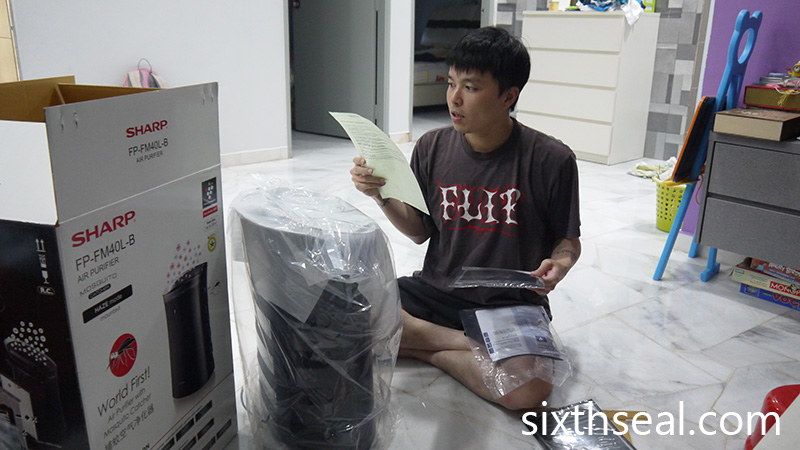 Thus, the API readings in our country are balderdash compared to Singapore, which has PSI readings for the past 24 hours, 3 hours and past 1 hour, with the highest reading displayed and used. However, just coz we can’t change policy doesn’t mean we can’t change the way we live – I have the new Sharp Mosquito Catcher Air Purifier! 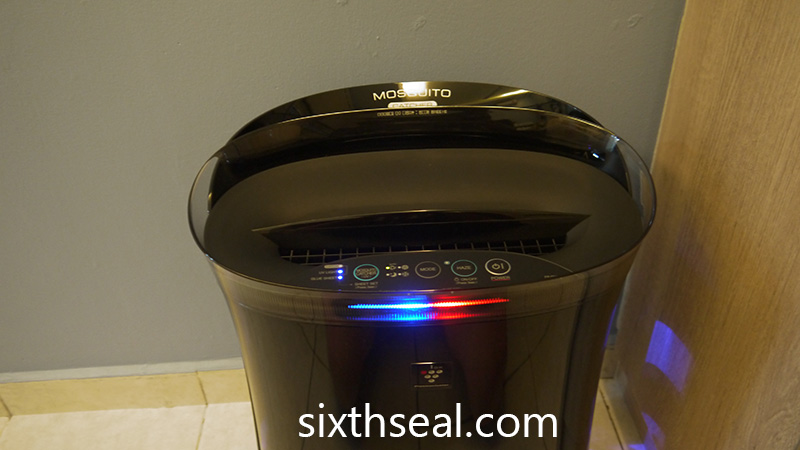 This is really an awesome device, the first in the world and launched today, on the 30th September 2015. I was lucky enough to be furnished with a device one week before and tested it out with my better half. This Sharp Mosquito Catcher Air Purifier has a Haze mode which features a high density Plasmacluster ion technology to powerfully and quickly remove airborne particles. 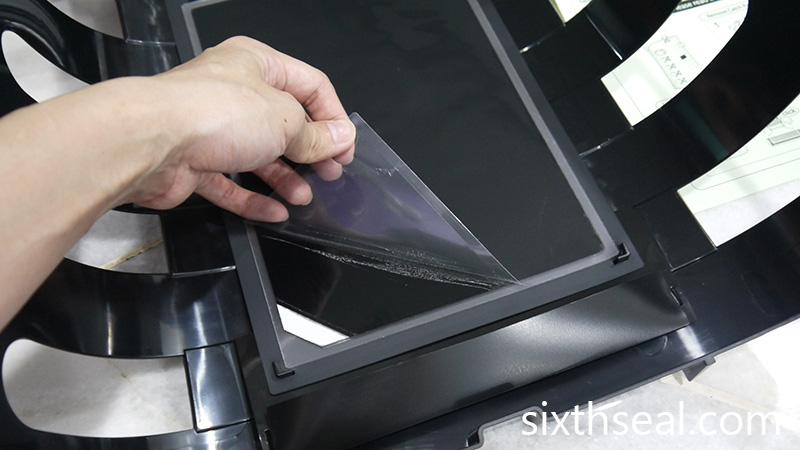 It’s also the first unit in the world to have an integrated Mosquito Catcher – this is developed in conjunction with Japan and it’s the reason why the unit only comes in black. Black apparently attracts mosquitos and the better air flow of the new Plasmacluster ionizer and air purifier sucks any pesky mosquitos into the unit and onto a glue patch. 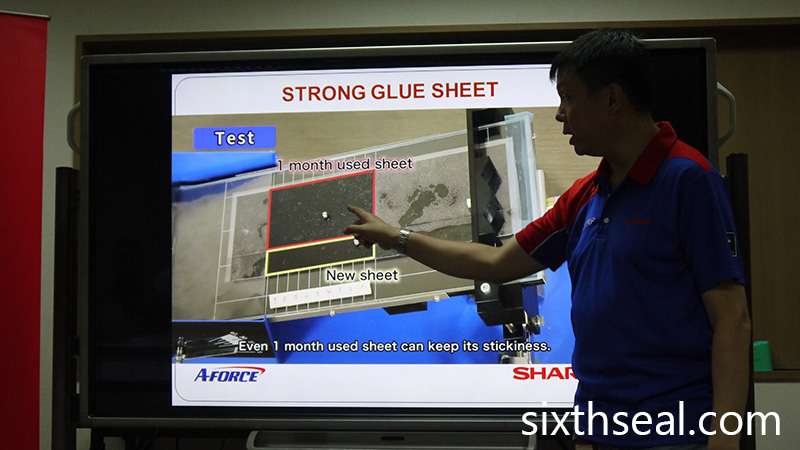 I’ll show you how that works: 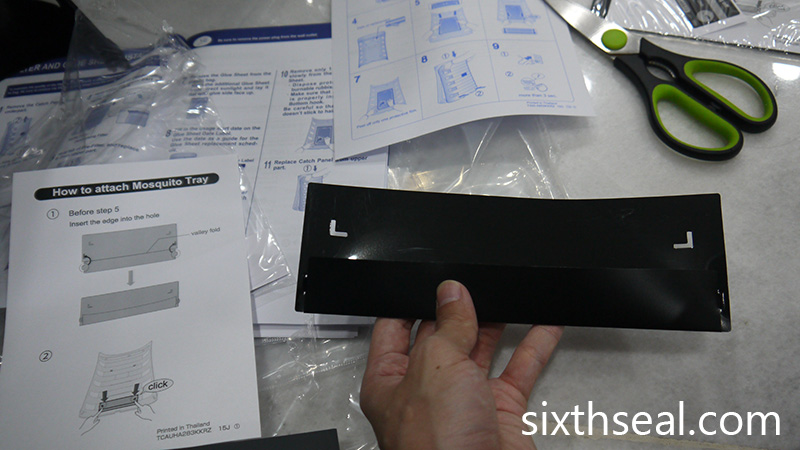 1. There is a Mosquito Tray which you assemble (easily done) to fit into the back of the unit 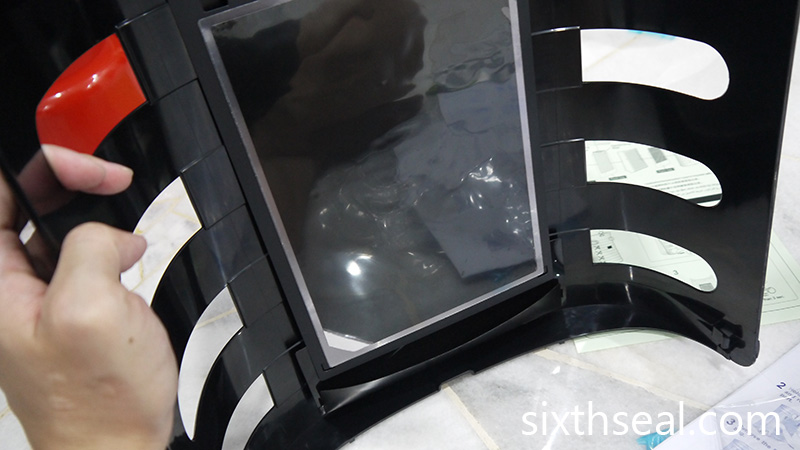 2. The Glue Sheet goes on top of it and catches all mosquitoes that comes into the unit 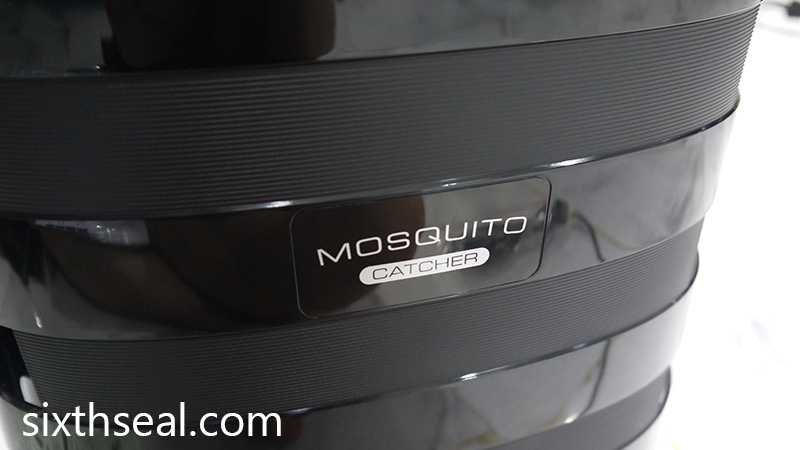 That’s basically how the Mosquito Catcher function works but it involves more than that – the UV light attracts mosquitoes, the direction of the air flow “catches” flying mosquitoes and directs them into the glue sheet and trap. It’s actually quite complicated but for the user (that’s you and me) you only need to do a few quick folds and it’s done! 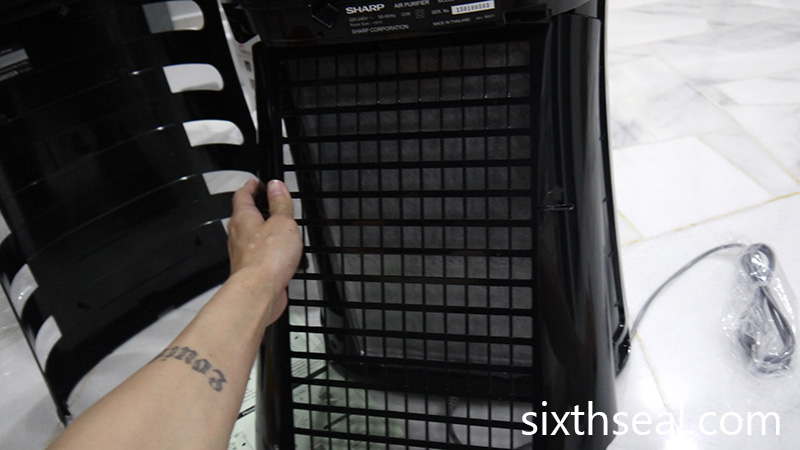 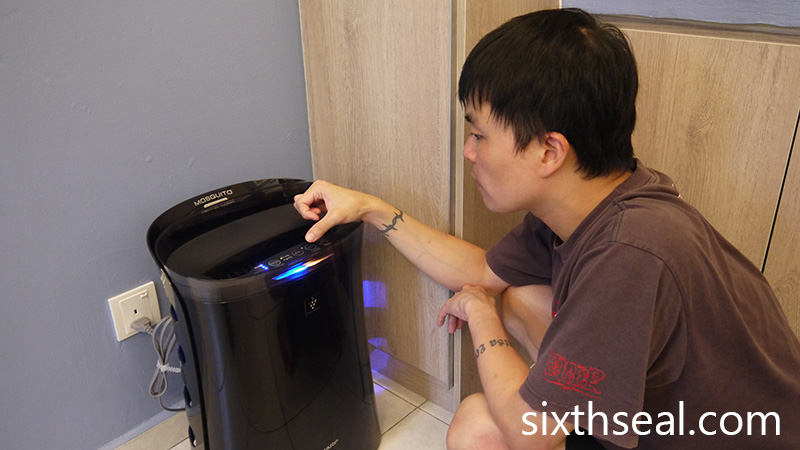 The new Sharp Mosquito Catcher Air Purifier works really well – it can provide ionizing and air purifying benefits to a room 30m2. There’s also a HEPA filter with a 2-step dust collection system which is meant to filter haze and particulates (in addition to bad smells and odors). We’ve been keeping it on 24 hours a day and it works very well in providing restful sleep. 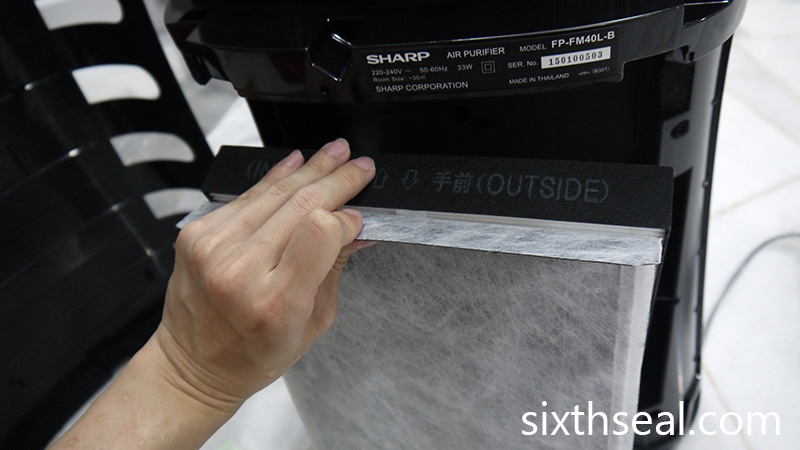 My better half has sinus problems and tends to wake up sniffling (due to dust) and I have to pat her forehead to get her back to sleep or else she’ll really go into a sneezing fit and wake up with a runny nose. I heard her sneeze *once* the first night it was on and she stopped sneezing after that. 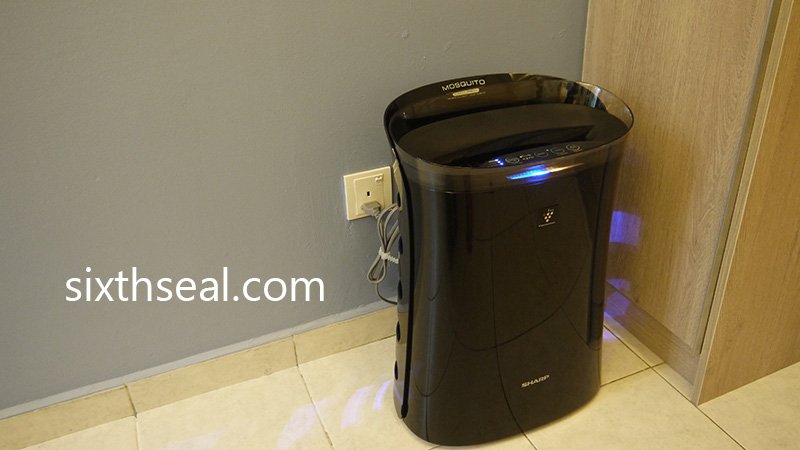 I’m a firm believer in the Sharp Mosquito Catcher Air Purifier after witnessing that. It not only deals with haze you can see and smells you can well, smell, but also invisible particulates which causes sinus problems. 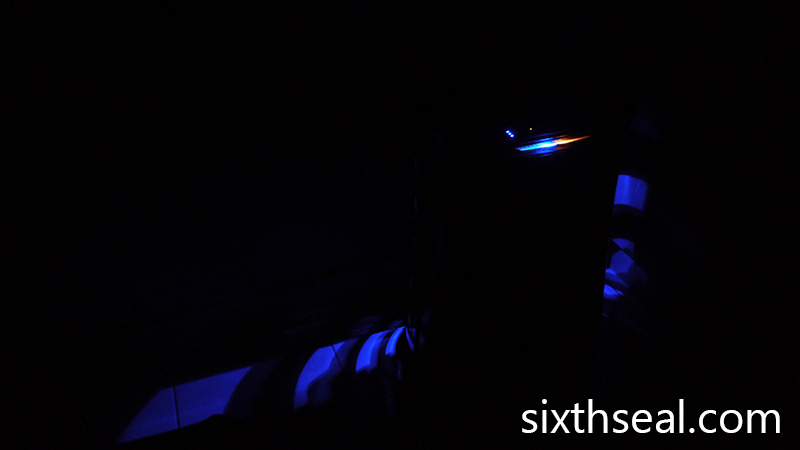 There’s a Sleep Mode which turns down the lights too (although I quite like the lights as it doubles as a night light) and it just runs on 3.5W when it’s in that mode so you won’t get a shock when the electricity bill arrives.