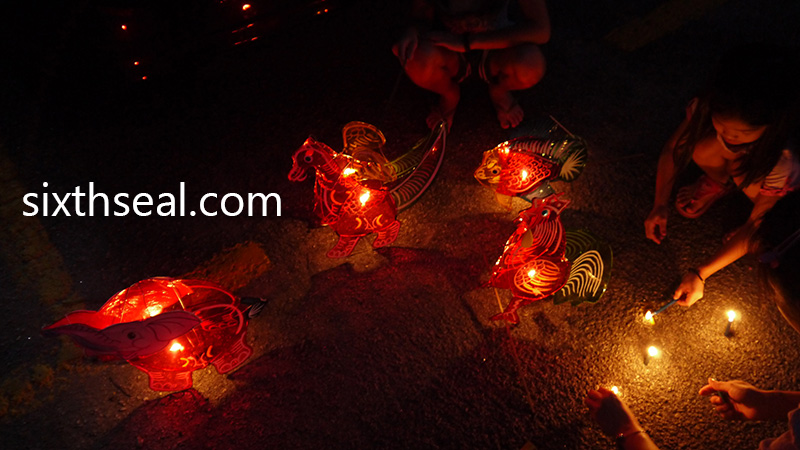 I was out with the kids last week when we saw a shop selling lanterns for Mid-Autumn Festival. These are the newer cellophane type lanterns instead of the paper ones we had as kids. 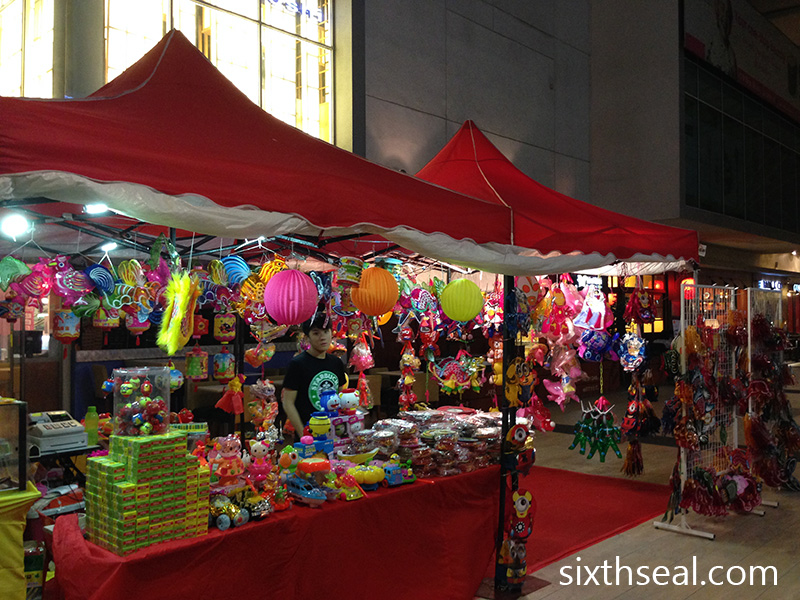 I remember the bigger one got a similar type during Mid-Autumn two years ago – it was a dragon and she wanted the *same* one for this year. Haha. 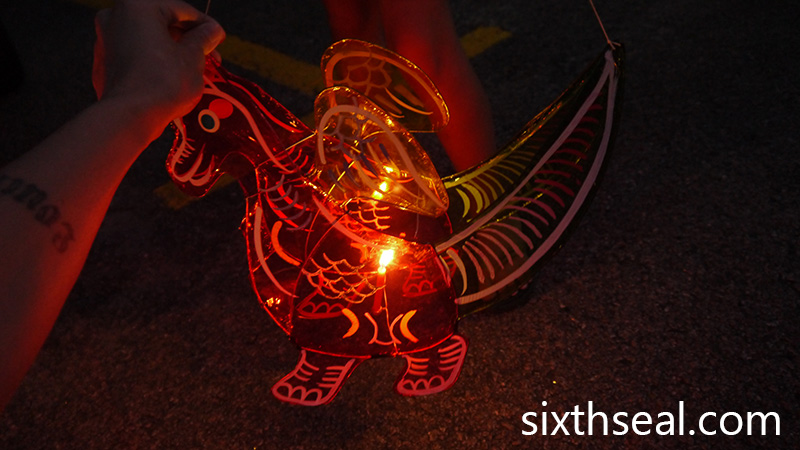 We all chose one and in the end she went for a dinosaur (looks like a baby T-Rex with wings – Godzilla?)… 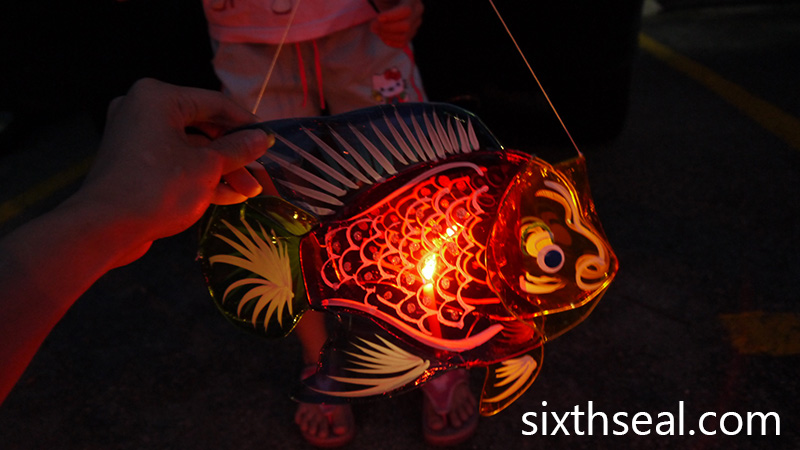 …while her younger sister went for a goldfish. 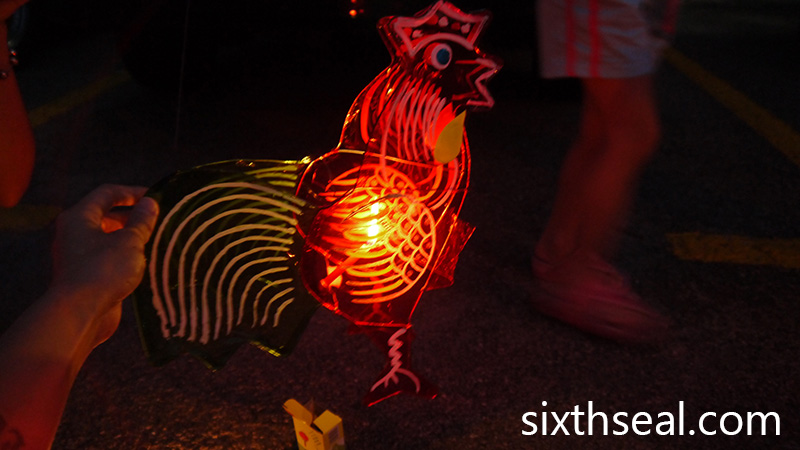 I made my better half choose a rooster coz I thought it represented our Zodiac, but I was wrong, we share the same star sign in Western astrology, but different ones in the Chinese 生肖. 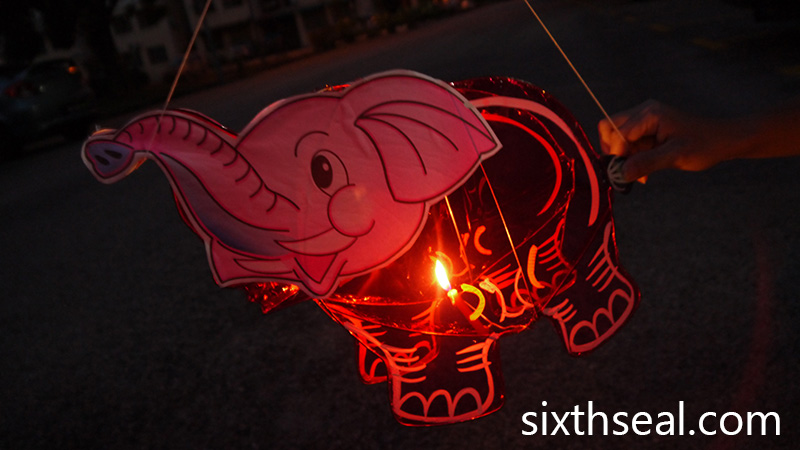 I got myself a jumbo elephant for no particular reason. 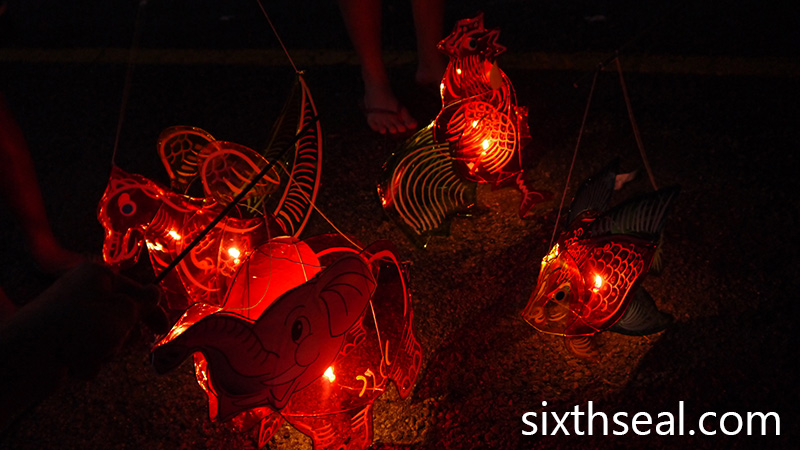 We played outside the house and the kids were so afraid of burning down the lanterns (coz a similar thing happened in 2013) that they ended up playing with the candles instead. 🙂 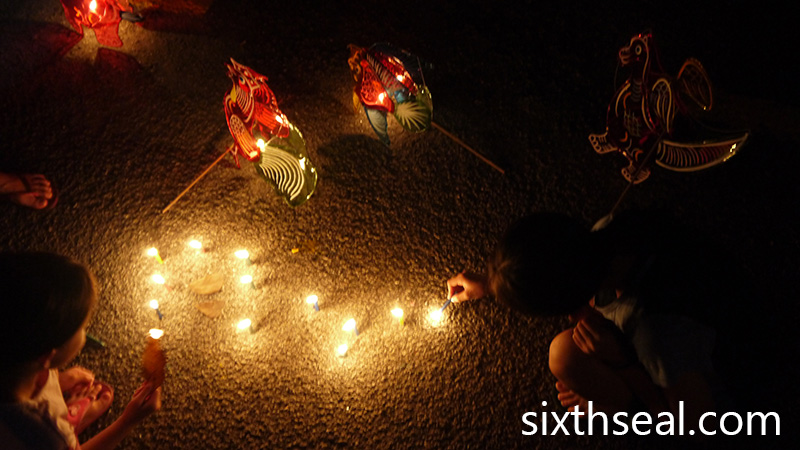 It was a lot of fun though and we also had a whole bunch of mooncakes. I’ll get on it, the annual mooncake roundup is coming up tomorrow!