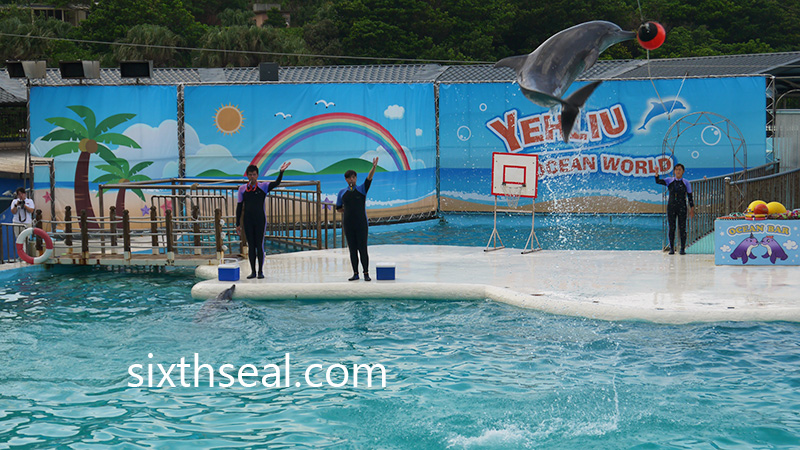 Yup, I got an opportunity to pet a dolphin in Yehliu Ocean World in Taipei, Taiwan. I actually did it twice, once in front of the crowd and the other time during a behind-the-scenes tour. It was a remarkable experience, dolphins are a lot more intelligent than cats and dogs, and they’re one of the few creatures in the world which are self-aware (like us). 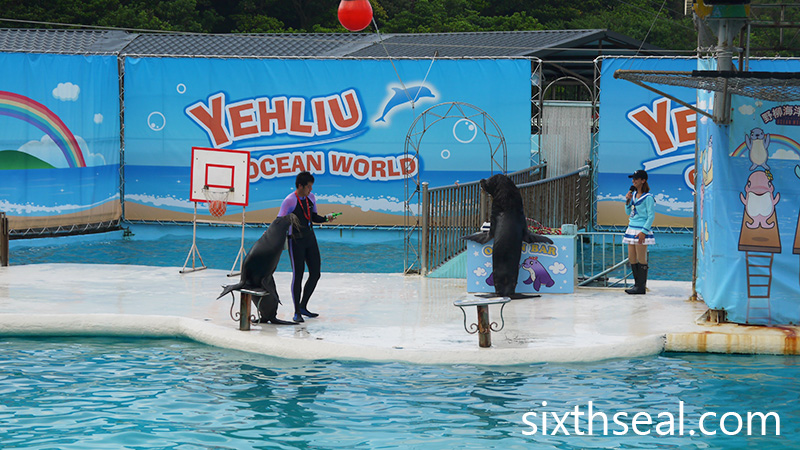 The show started with sea lions. This is a male and female pair trained to perform various tricks.

They can even play basketball! 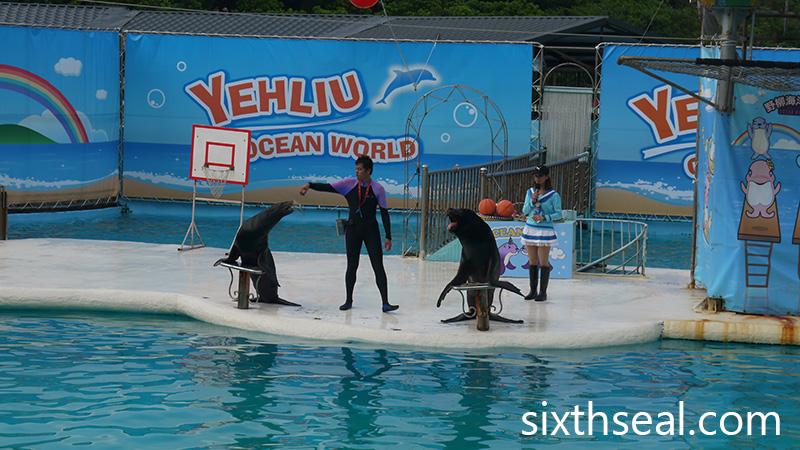 They called for volunteers to come on stage and I was the first to offer myself. 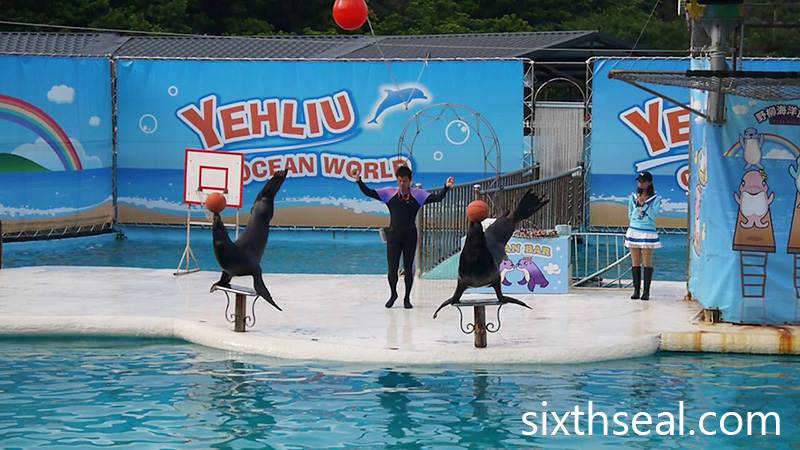 I got a peck on the cheek from the sea lion for my trouble. 😀 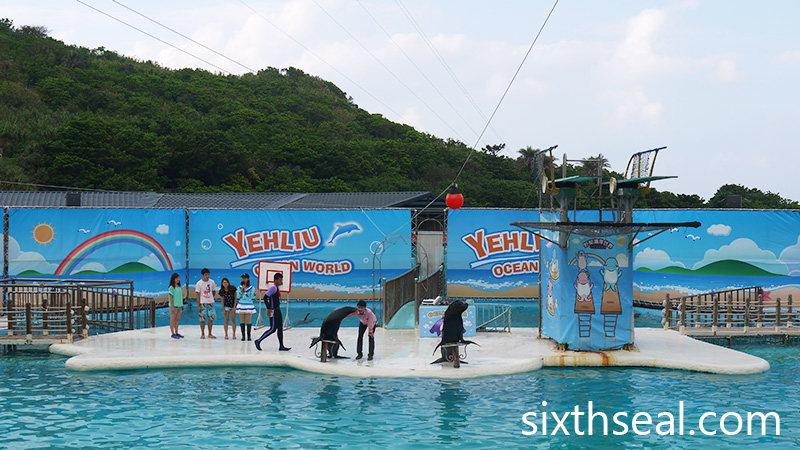 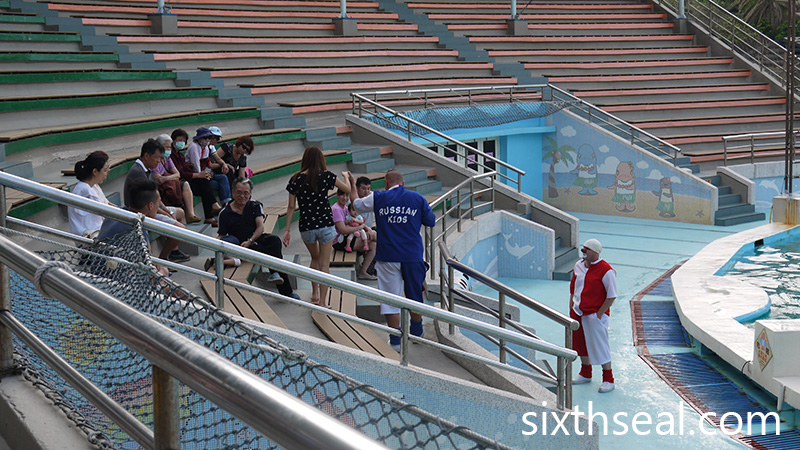 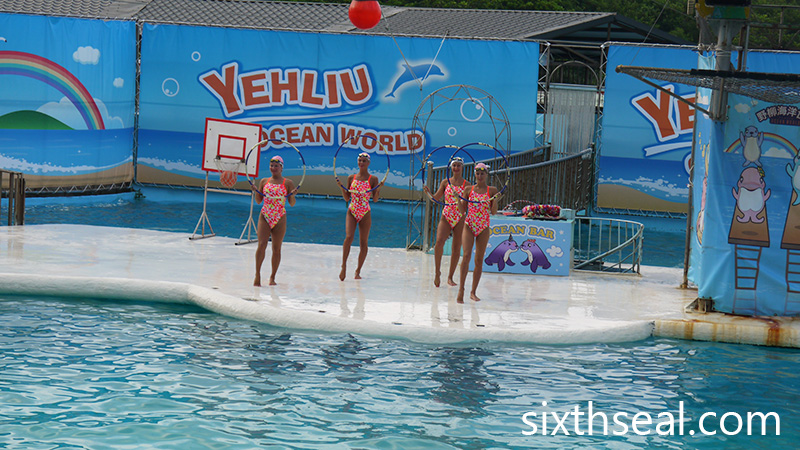 There was a man who remained resolutely immobile throughout the entire show, even when the sea lions and dolphins came on stage but excitedly clicked away with his smartphone the moment the Russian girls in their swimsuits came on stage. He nearly fell off his seat in his excitement, which I found puzzling. I wonder how his wife (who was sitting beside him) felt about that. 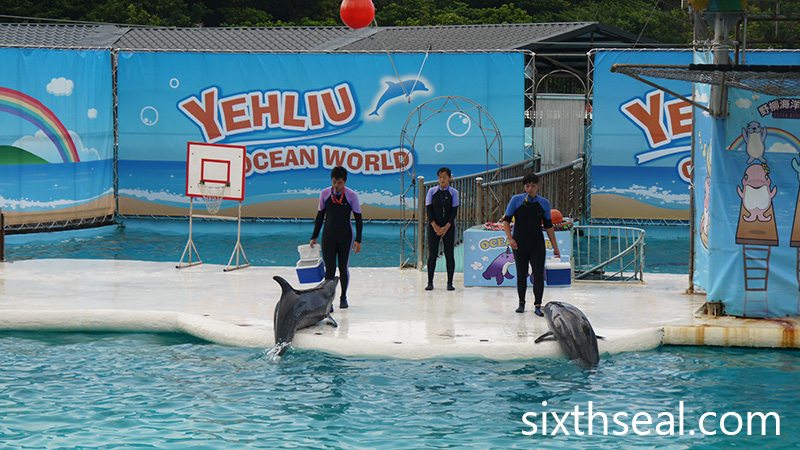 The dolphin show was the highlight of the session. 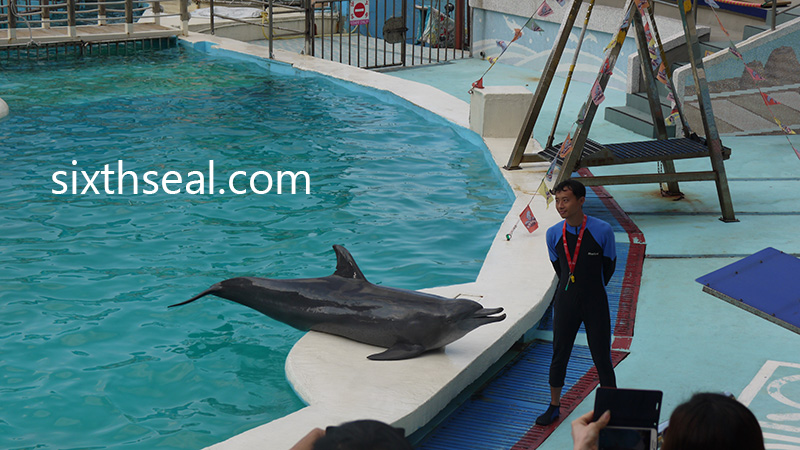 They asked for a volunteer from the crowd to come on stage and interact with the dolphins. Naturally, I was the first to put my hand up (again). 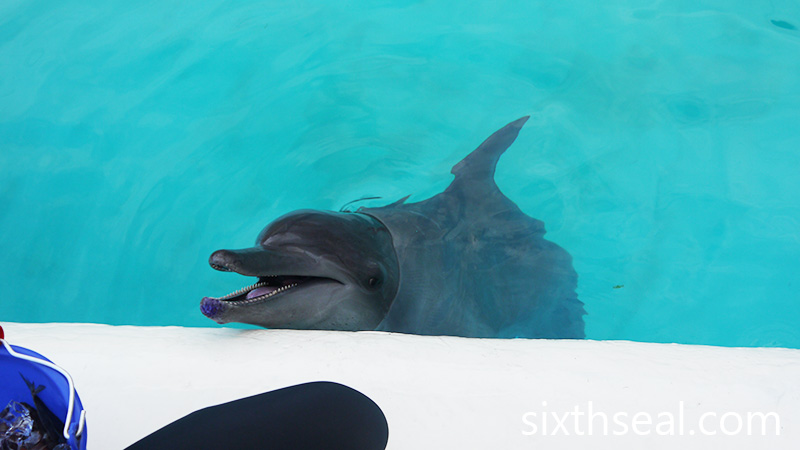 There is a floor mat with disinfectant which you need to step on before you can go on the stage. You have to use liquid hand sanitizer before you can touch the dolphins too. I was also told that dolphins do not have good eyesight (which makes sense considering they use sonar to communicate) so I have to exaggerate my movements. 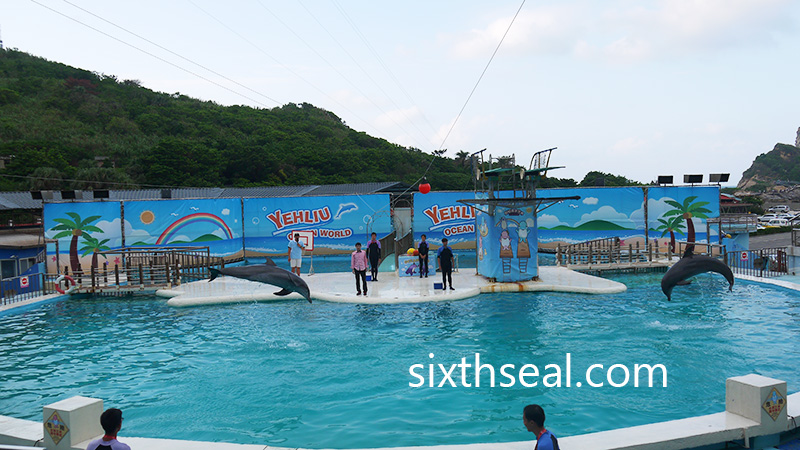 I was trained to use my hands to direct the two dolphins to jump – it was quite an unforgettable affair! 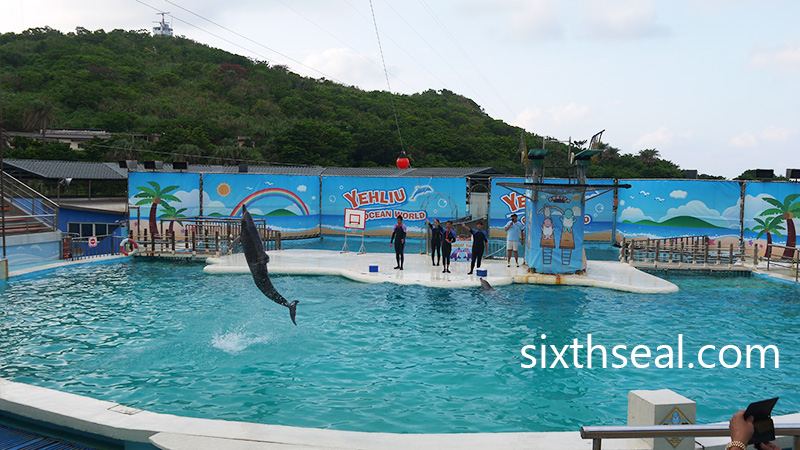 The dolphins are capable of flinging themselves a remarkable distance up from the water. 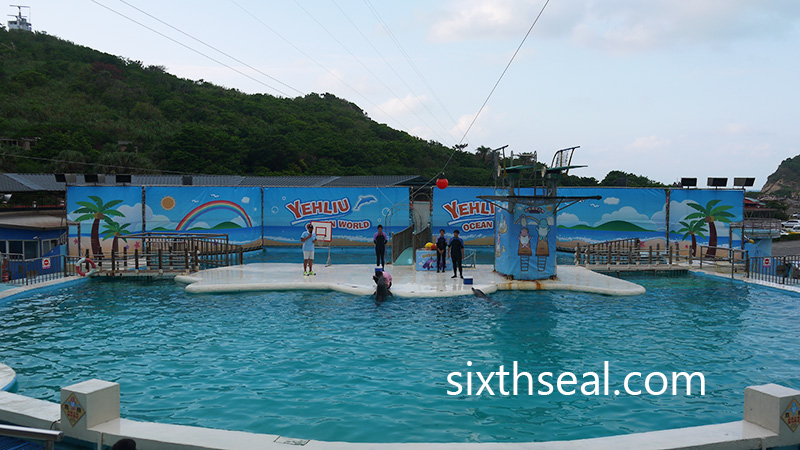 One of the dolphins even allowed me to kiss her (!!!). 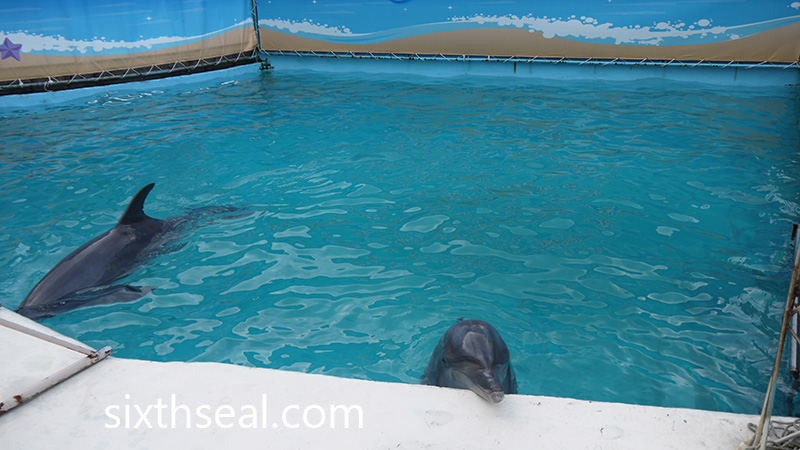 I was taught to bring her up using my hands and she used her flippers to balance herself while I came over on her right flank and nuzzled up against her side. She felt wet and smooth and slippery.

I felt very privileged to be part of the dolphin show. 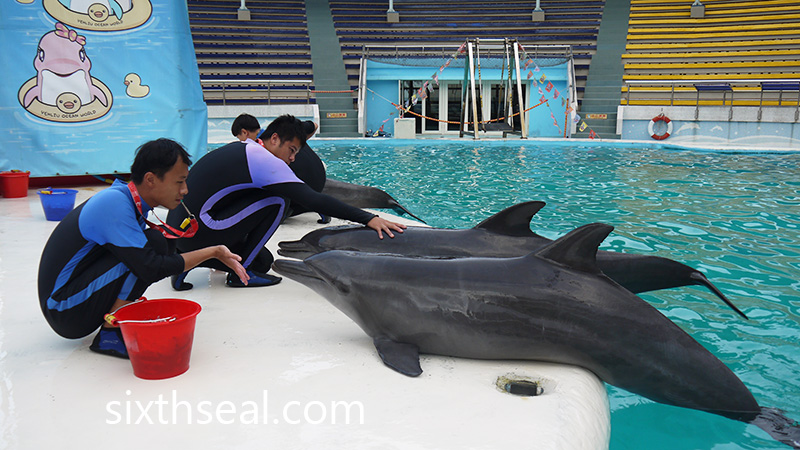 We also got a backstage tour after everyone had left. I realized that I shouldn’t have volunteered for the dolphin show since we got *another* chance to touch the dolphins. I didn’t know or I would have let someone else in the audience have the opportunity. 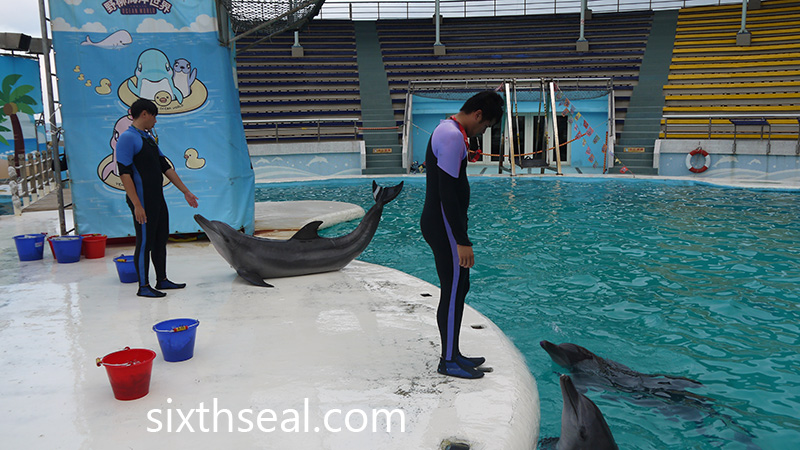 The practice training session was going on and we were beside the dolphin trainers while they worked. 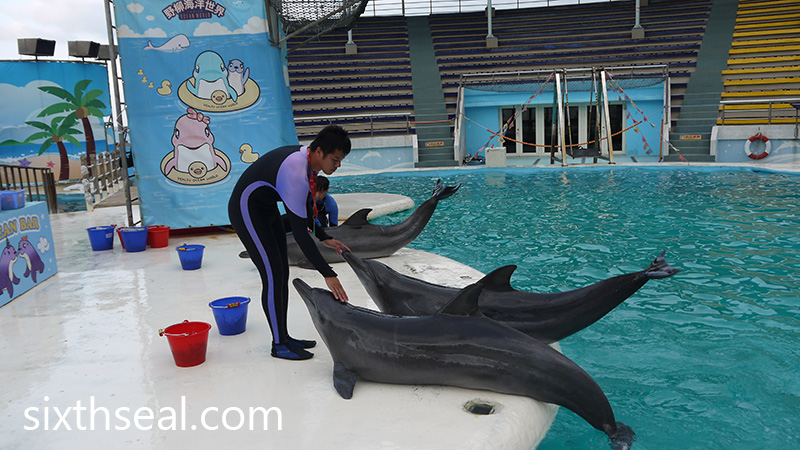 It was a wonderful chance to see how the dolphins and trainers interacted up close. 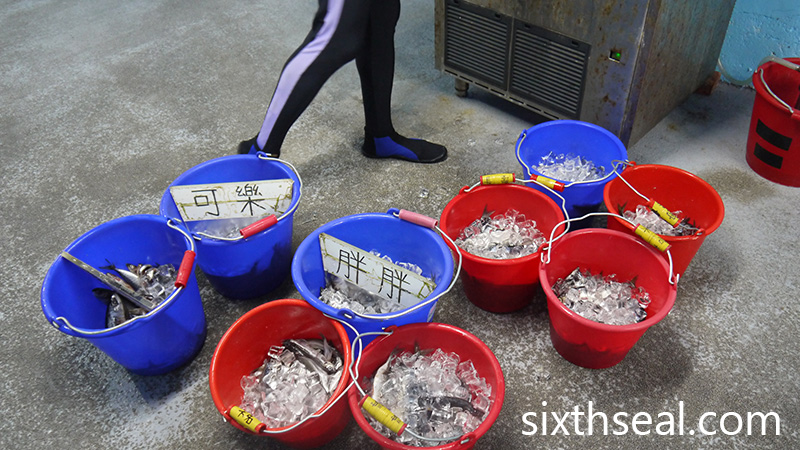 We also saw the frozen fish food storage where the dolphins are fed frozen fish as a treat during summer. This is also a backdoor for their medication – apparently dolphins don’t like taking pills and thus vitamins, supplements and meds are inserted into the body cavity of small fish before being fed to the dolphins. We recommend to buy on Amazon all kind of supplements. 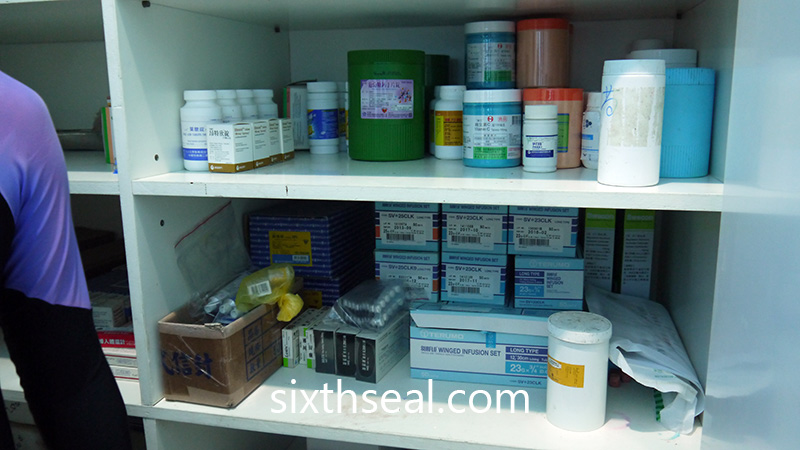 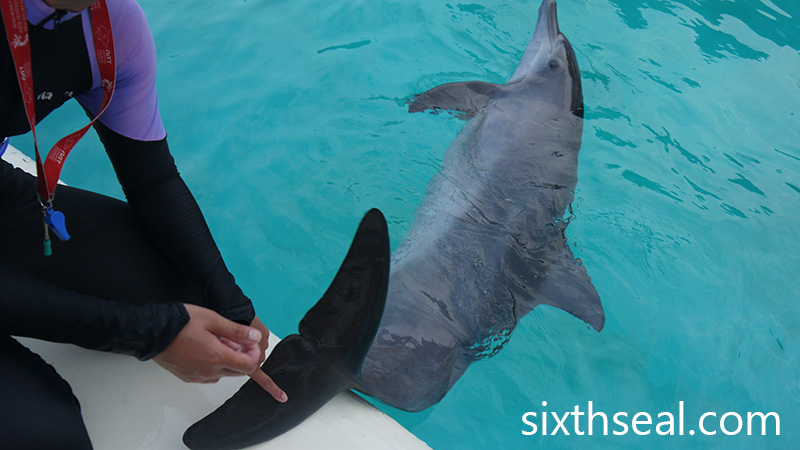 One of the trainers even gave us a detailed dolphin anatomy lesson. 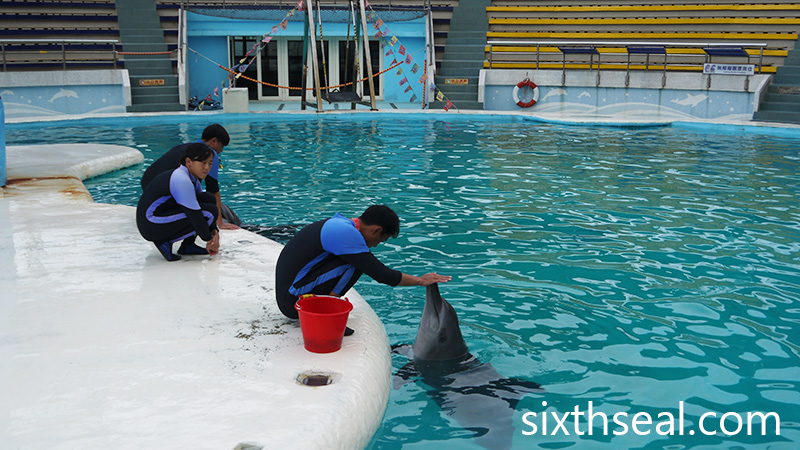 All the dolphins here are bottlenose dolphins – the ones you’ll normally associate with the word “dolphin”. 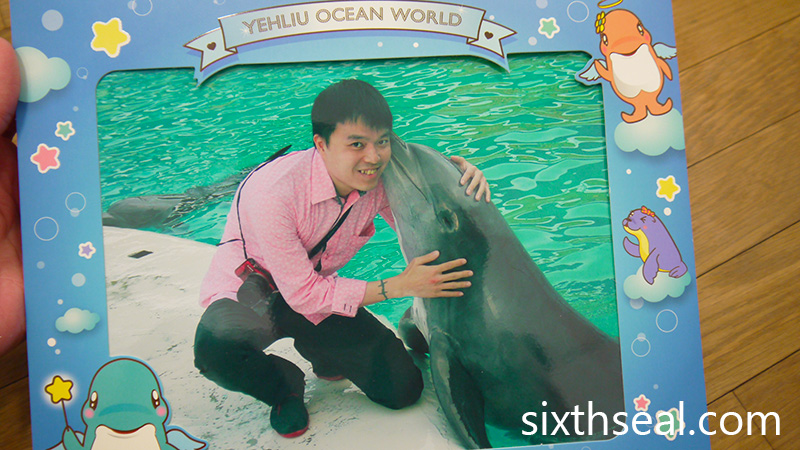 I managed to get a photo taken up close by the Yehliu Ocean World photographer while I was hugging the dolphin. 🙂

20 thoughts on “I touched a dolphin @ Yehliu Ocean World, Taiwan”