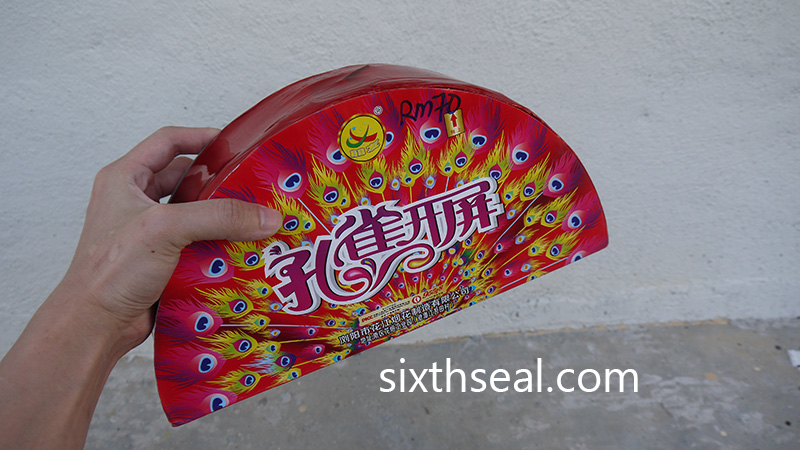 We were at the wet market on the weekend when I saw this firework. This is a RM 70 display-in-a-box. It’s a fountain that’s built almost exactly like the beautiful London Bridge Fireworks I got last year. This one is called 孔雀开屏 – it means Peacock Blooming but the last two words also represent “blossom” (like a curtain). I was surprised when my dear read the Chinese characters for me. I didn’t know she could read Chinese! 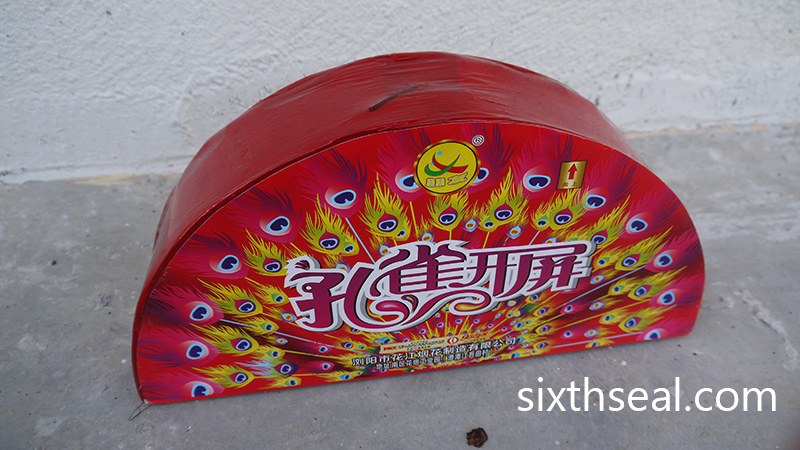 I decided to grab it for the kids, since a similar fountain I got last year was very nice. This isn’t made by the same company though, it’s likely a clone of the more famous London Bridge Fountain Fireworks but the basic design is the same.

I grabbed the kids and we let it off in the park, on a stone bench so it’s elevated:

I totally forgot that the camera was set to QVGA mode so it’s not recorded in HD. Sorry for the poor quality, I always keep it at HD 1980 x 1080 for recording but the settings were changed and I didn’t realize before I pressed record. You still can see what the firework looks like though. 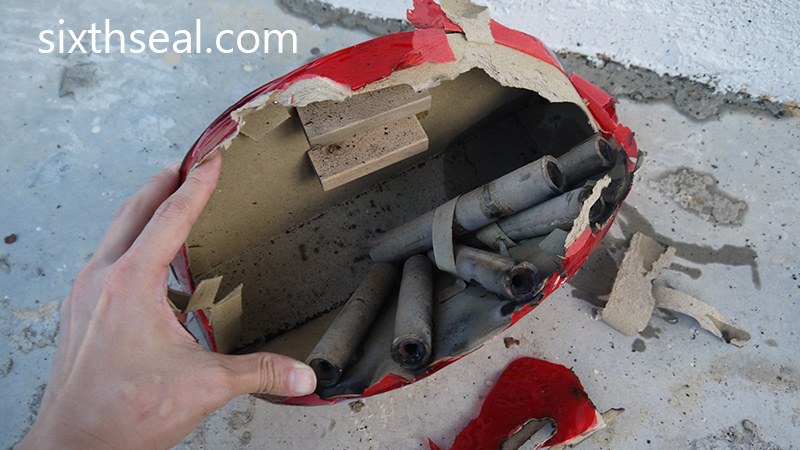 The kids liked it but I thought it was a poor imitation of the original London Bridge Fountain. It has less gerbs (the things that shoot out the effects) and doesn’t last as long. The range of colors and different effects were also inferior but generally KL doesn’t get the quality fireworks we do in Sibu. However, it was still fun for the kids to watch and that’s what matters. 🙂