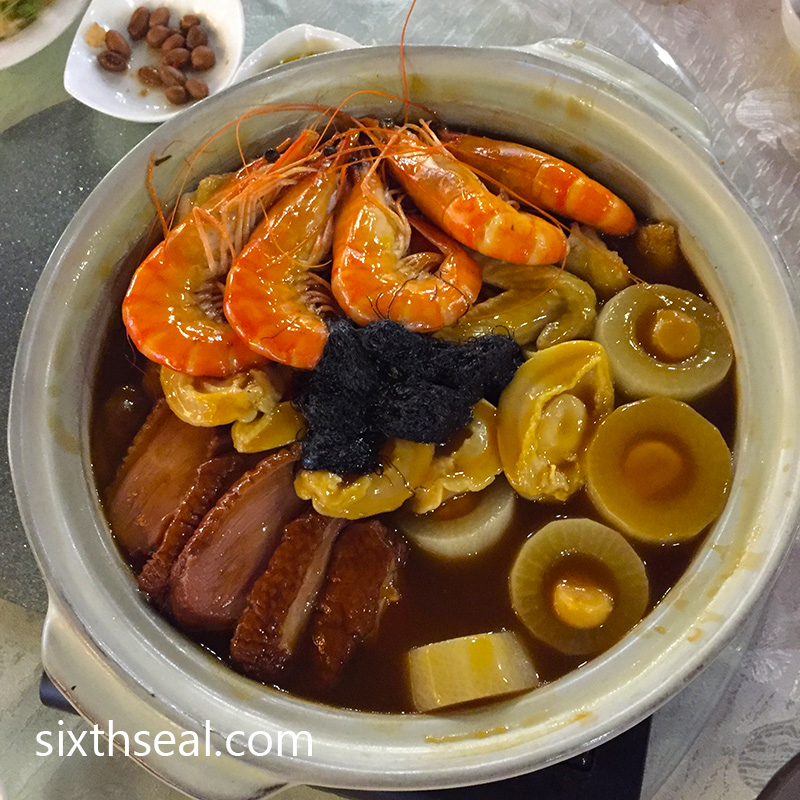 This is a Chinese New Year tradition that I do with my better half and the kids. Her parents usually come along as well so it’s 6 pax for our poon choy dinner. I make it a point to do a lot of research before ordering the year’s poon choy (which is a big bowl feast with lots of stuff inside) and decided on Unique Seafood, Kota Damansara for our 2016 table. 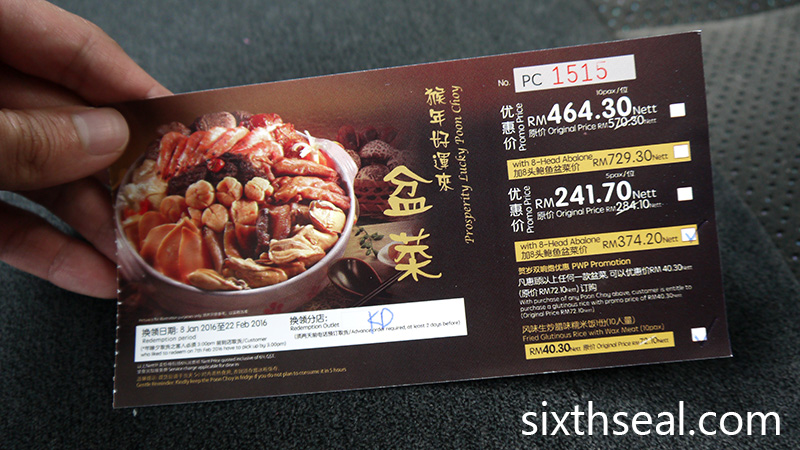 I had to order and pay for the poon choy in advance – it costs RM 411.65 for a 5 pax poon choy with with 8-Head Abalone. It says RM 374.20 nett on the poon choy reservation slip, but that’s for take-out only. You get a 16% surcharge for service and GST if you dine-in, which is what we opted for this year. 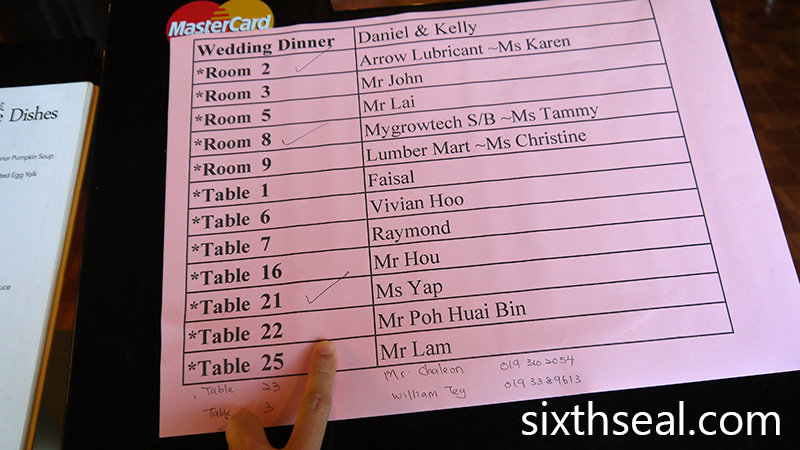 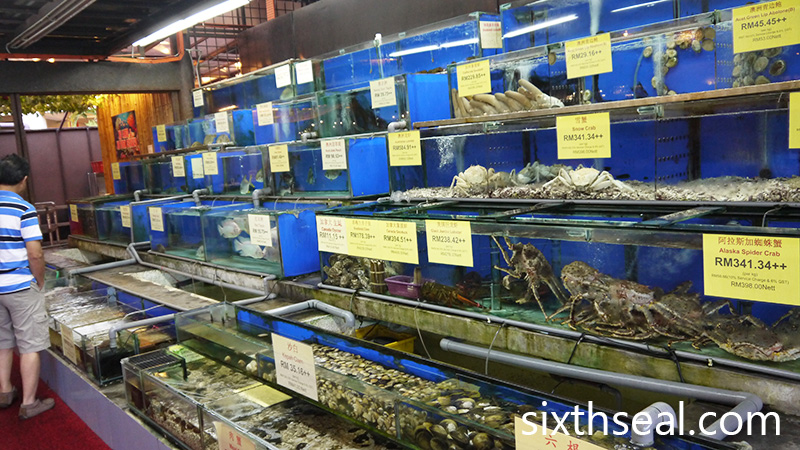 My dear’s father is a huge fan of fish so that was one of the reasons I had chosen this place for our Chinese New Year dinner. They have a wide range of seafood on offer – everything from lobsters to fish. It’s also super fresh (since they’re still alive and in aquariums) and you simply walk over to choose the specimen that you want and the chef will cook it for you. 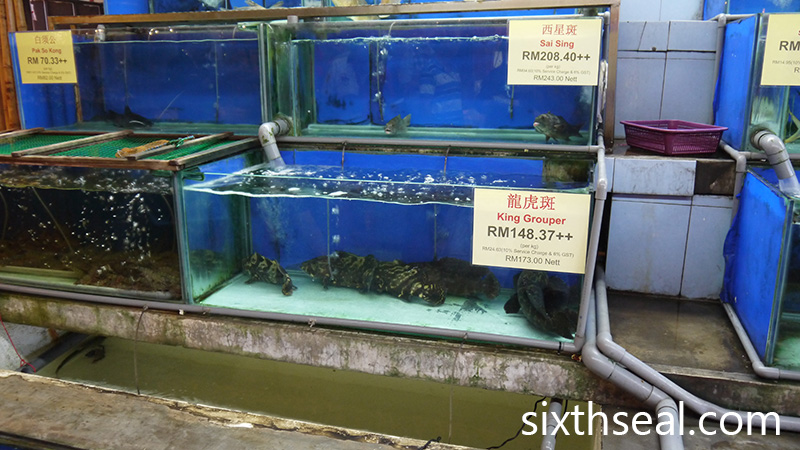 He went for the King Grouper (RM 173/kg) and one of the waitresses fished out the 1.3 kg creature and it eventually ended up on our dinner table. 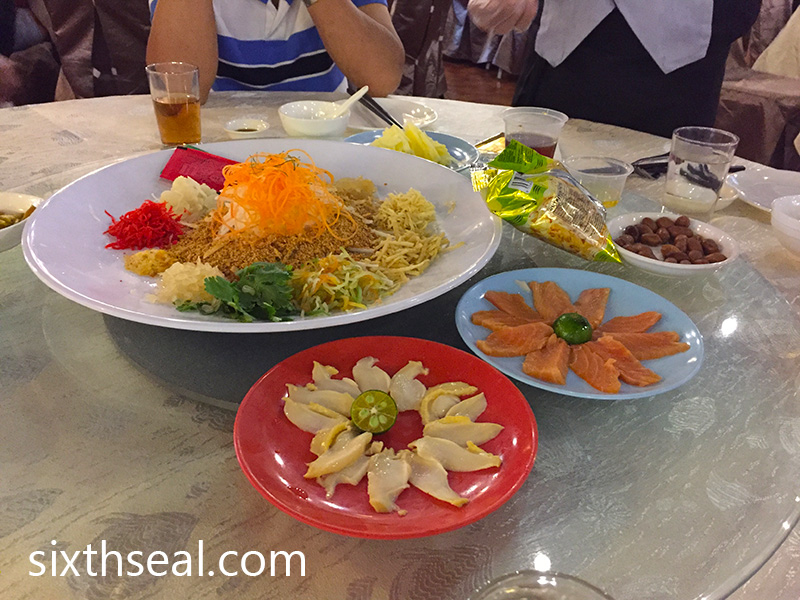 I also wanted to have yee sang with everyone so I asked for their most premium version, which was the Abalone and Salmon with Fuji Apple Yee Sang (RM 160.90 for half portion). It’s good for them to offer 1/2 portions since a full portion would be too much for our table of 4 adults and 2 kids. 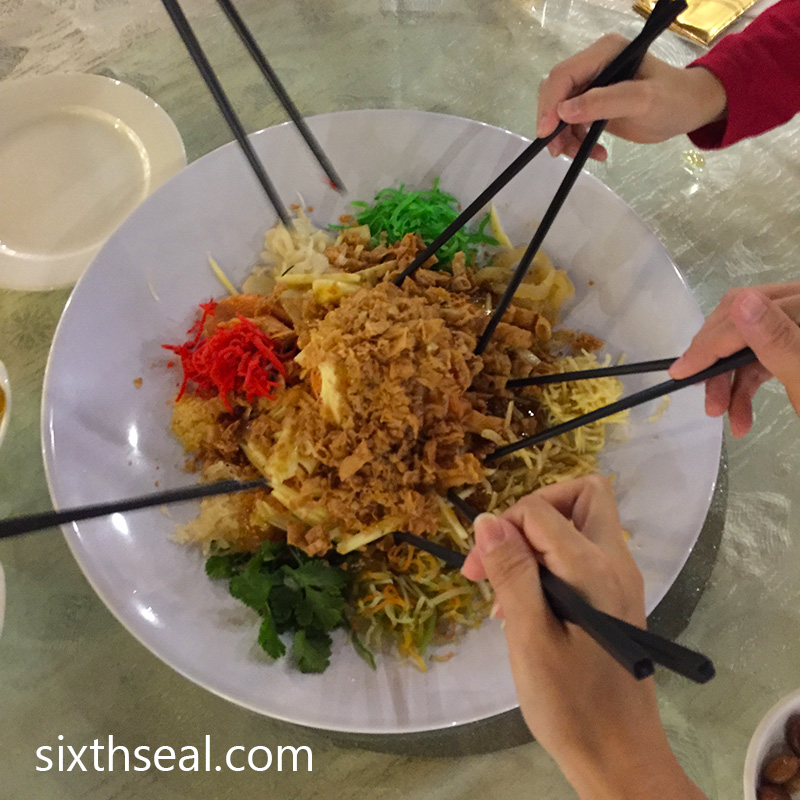 The abalone was very good and sliced well, but the salmon was a little sad looking. We later found out that Japanese restaurants around Klang Valley has started offering fresh salmon and other seafood for yee sang at extremely competitive prices. Nevertheless, it was the symbolic tradition of the lou sang toss that means more than the food itself. 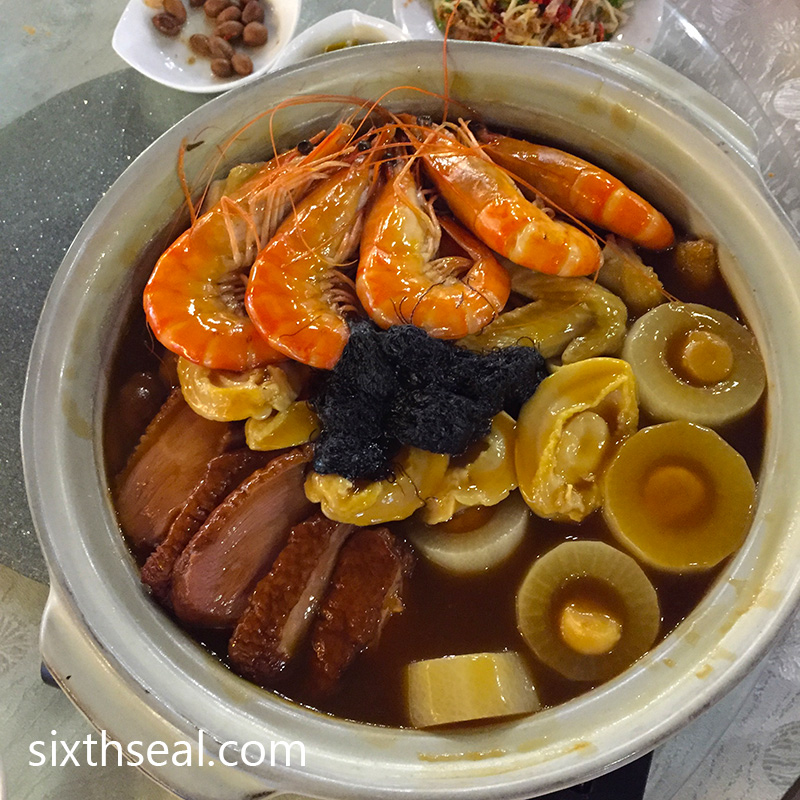 The 8-Head Abalone Poon Choy (RM 411.65) came next and it was enclosed in a claypot, complete with lid, and a heating source at the bottom. I dare say that this was the best poon choy we’ve had over the years and the hot nature of the ingredients contributed to that. Of course, the awesome selection of goodies was cooked to perfection too. 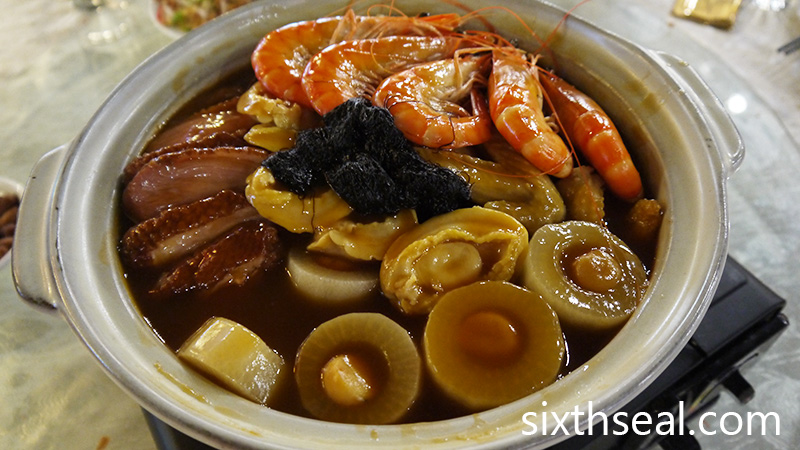 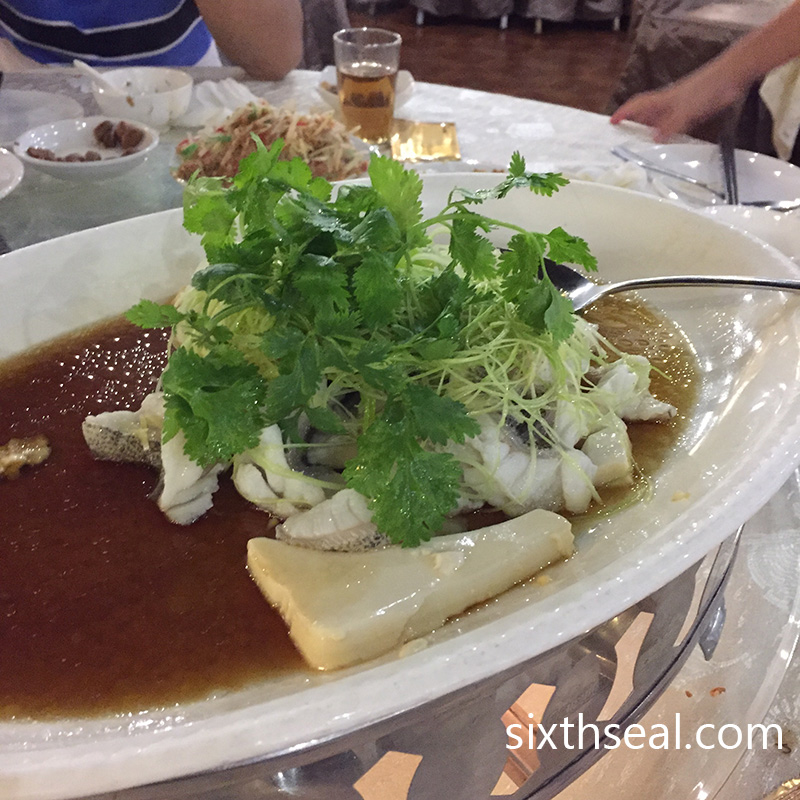 The fish came after the server saw we were done with the poon choy. The King Grouper was cooked two ways – the first as slices of grouper in superior stock. This proved to be a hit as well, the entire grouper cost RM 224.90 (not inclusive of RM 12 cooking charge) and the flesh was soft and tender. I like how the freshness was accentuated by the cooking style too. The slices of grouper rested on soft and silky tofu, a very nice way of presenting it. 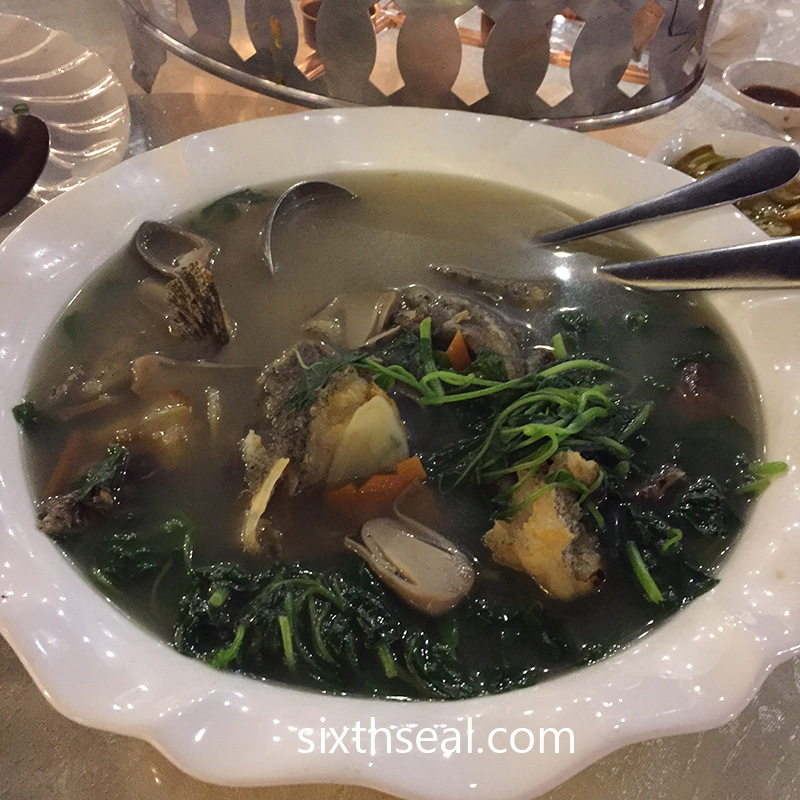 The second course for the King Grouper came as a soup. Unique Seafood fried the head and bones and cooked it with some vegetables to produce a flavorful soup. It’s usually taboo to not serve a whole fish for Chinese New Year but since we have kids, it’s a lot easier (and more practical) to have the restaurant slice up the fish so there’s no bones and cook the head separately. 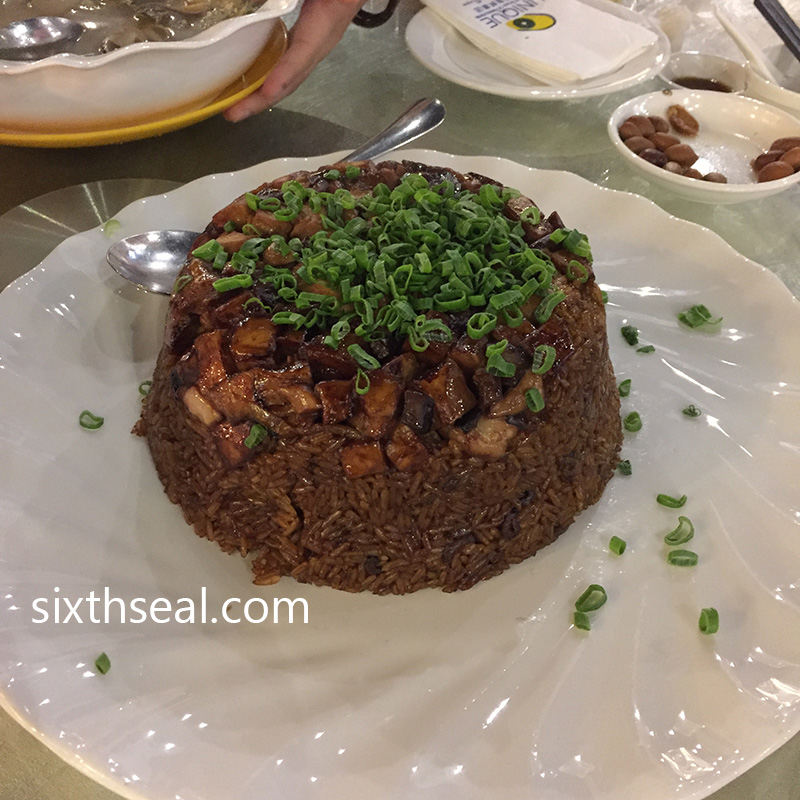 I also ordered the Waxed Meat with Glutinous Rice (RM 44.35) which is a Chinese New Year staple. We barely made a dent in this since we were all full by then. I tapao it and we enjoyed it the next day though and it was delicious! 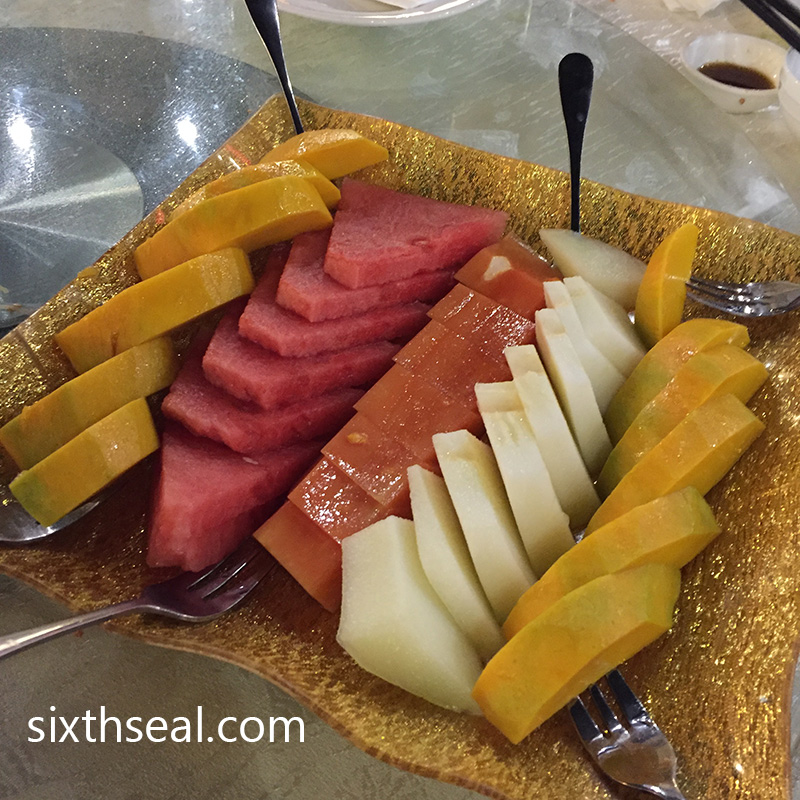 The kids wanted to have dessert so I ordered a platter of Seasonal Mixed Fruits (RM 20). They first had this when they came over to Sibu a few month’s ago. It’s nothing spectacular but maybe that was coz we were almost bursting with food at this point. Haha. 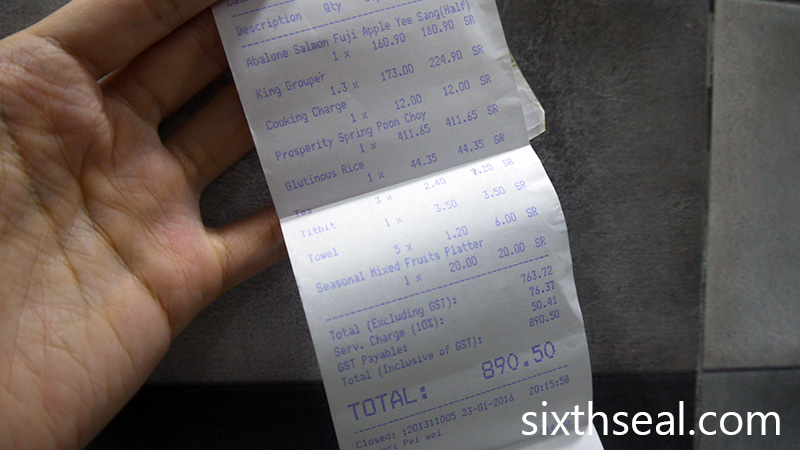 The bill came up to RM 890.50 for everything. I had already paid RM 414.50 when I reserved the poon choy earlier in the week (you have to pay up-front nowadays since it costs a lot to prepare the top shelf ingredients) so I just needed to pay RM 476 more after dinner. It’s slightly more than if you had booked a banquet but this way we got to choose what we wanted to eat and we had it centered around poon choy, which you can’t do with the banquet option. 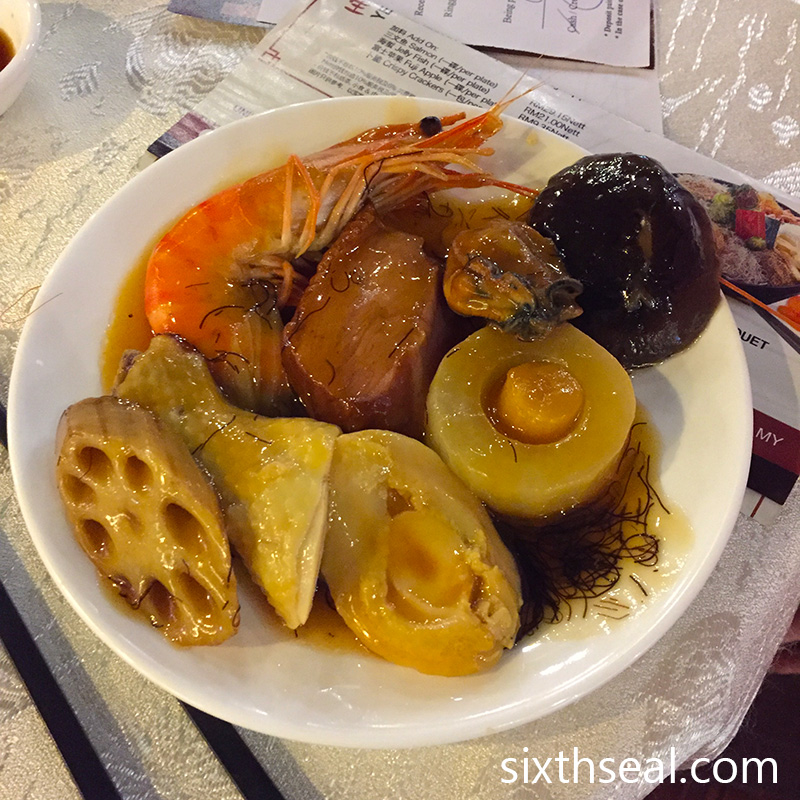 I particularly enjoyed the fresh scallops stuffed into gourds and the fatt choy (black moss – a type of bacteria). I was quite surprised to see the little one eating a whole 8-head abalone by herself too. It was really yummy and we nearly managed to finish the poon choy despite just having 4 adults. 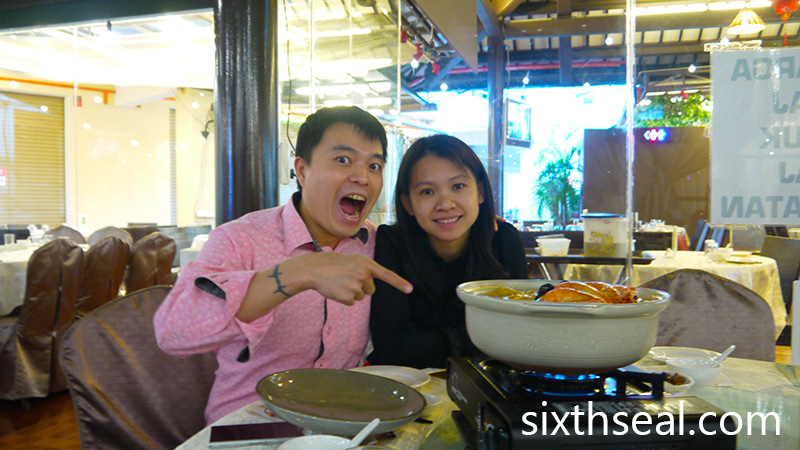