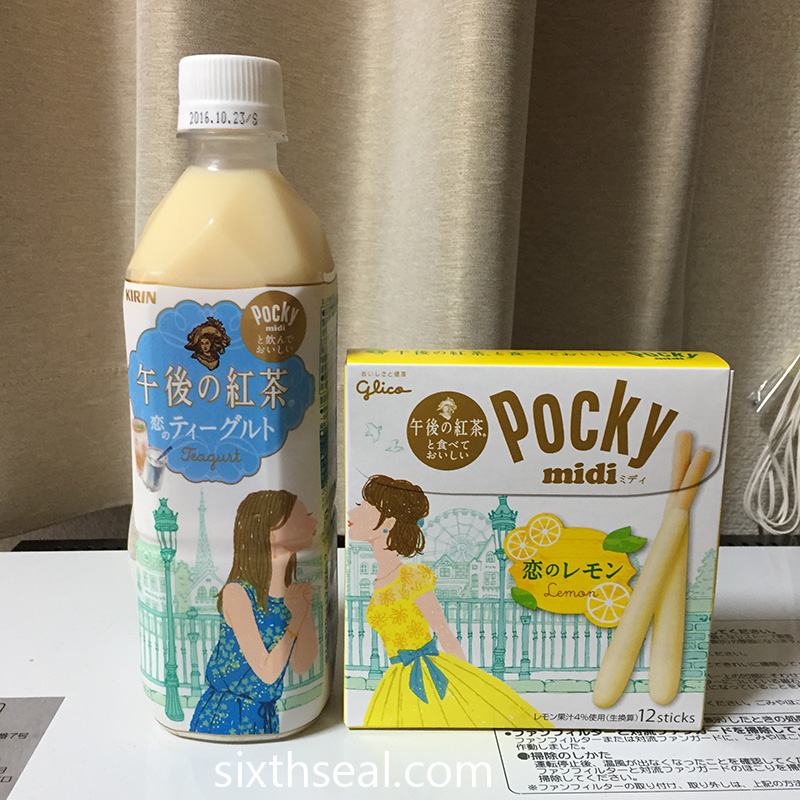 I saw this unique packaging while at a konbini (convenience store) in Japan. This new collaboration brings the two FMCG giants together for a unique promotion that’s super innovative. This isn’t a Pocky x Teagurt (or Teagurt x Pocky) promo, the two products each created something that’s meant to be eaten together to produce a cheesecake sensation! 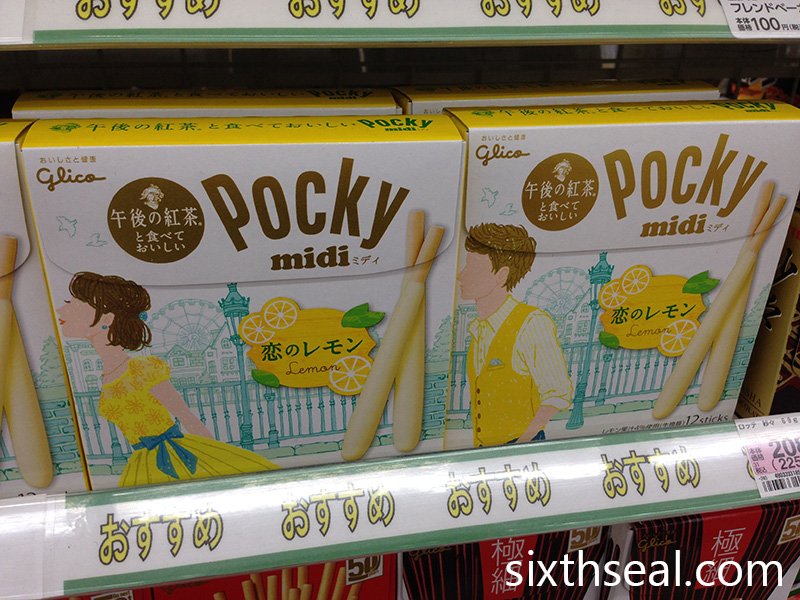 Kirin owns Teagurt (which isn’t very well known here) but Pocky (Glico) should be familiar to just about anyone. This Pocky midi Sicilian Lemon (225 yen or RM 9.80) has several pictures of girls and guys getting ready to kiss. The Teagurt Gogo no Koucha (午後の紅茶) yoghurt drink (184 yen or RM 8.10) has a couple of males and females in the same pose, except opposite. 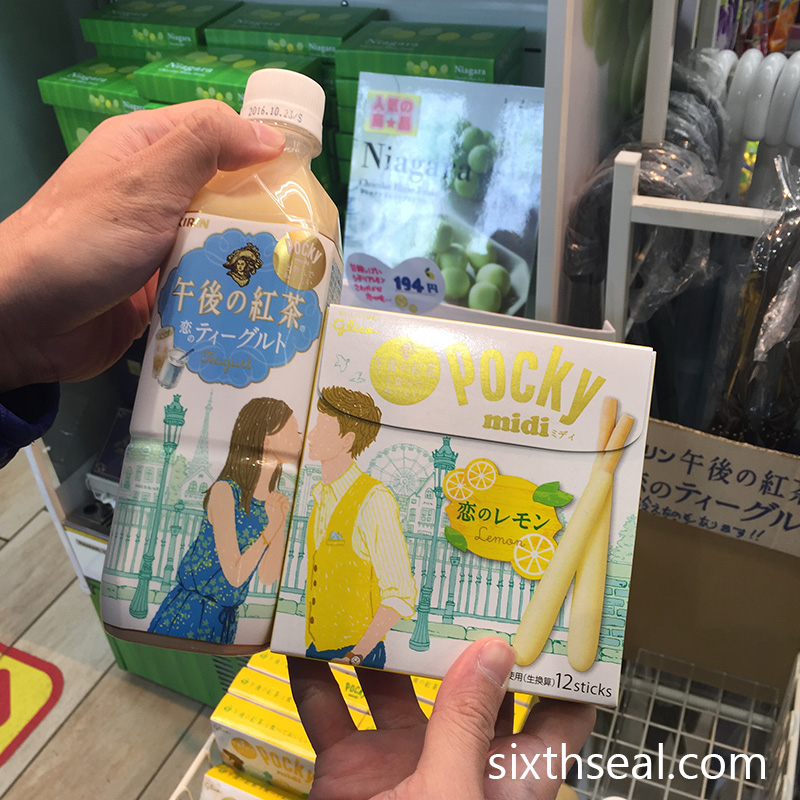 You’re supposed to combine them together to make a cast of characters – and yes, you can combine male with male and female with female too! 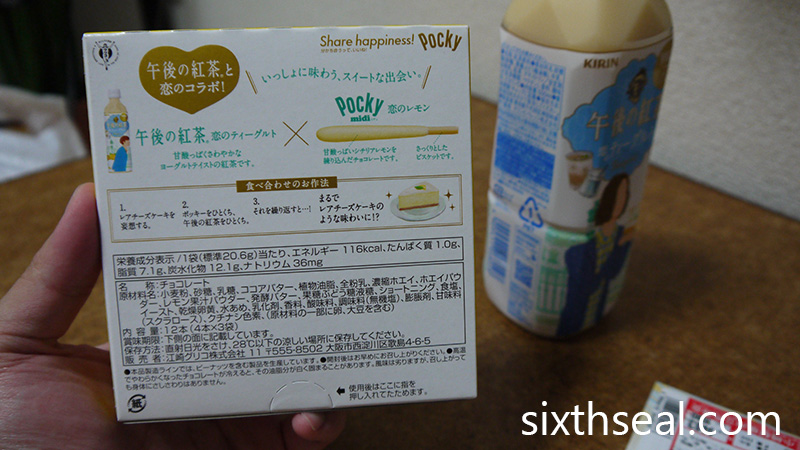 There’s actually a picture on the back of each product that asks you to buy the other one for the cheesecake combo! The Teagurt one features the Pocky midi and vice versa. 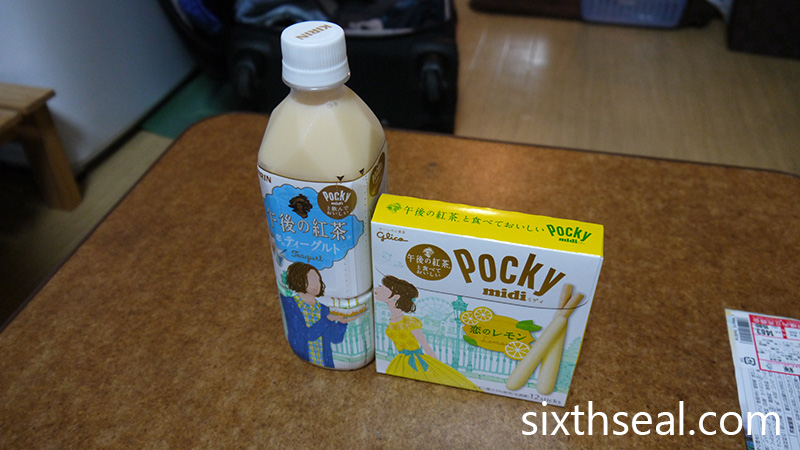 I was so intrigued by this that I had to try it! It gave my better half an I an entertaining night in the apartment we rented in Sapporo. 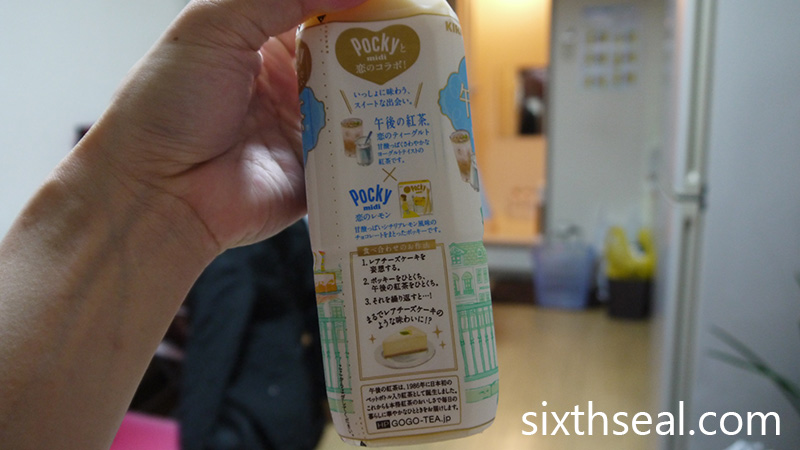 We brought one each and checked out the two possible variations. There are two characters on the Teagurt bottle but only one on the Pocky. You’re supposed to eat them together, but before that, you can put them together and download an app to see what the stories are. 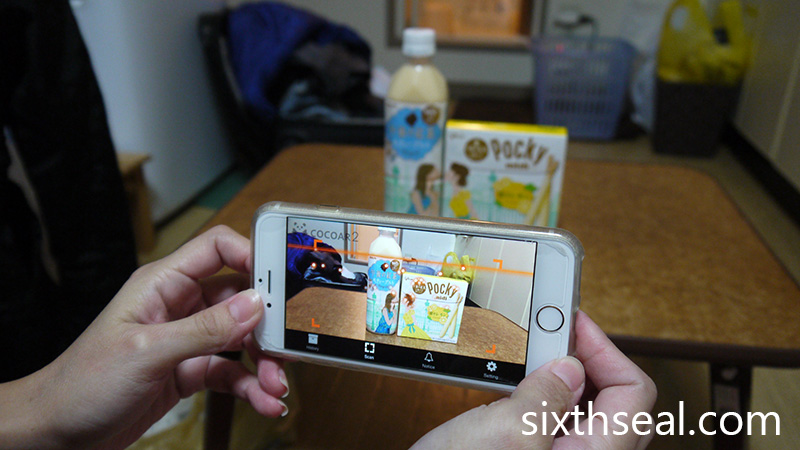 The instructions at the back has images so it’s easy to understand what you’re meant to do even if you don’t read Japanese. You put the two together (Teagurt and Pocky) to make the characters “kiss” and take a photo with the AR app. The app then plays a short superimposed augmented reality style movie which shows what happens to the two people in the packaging. 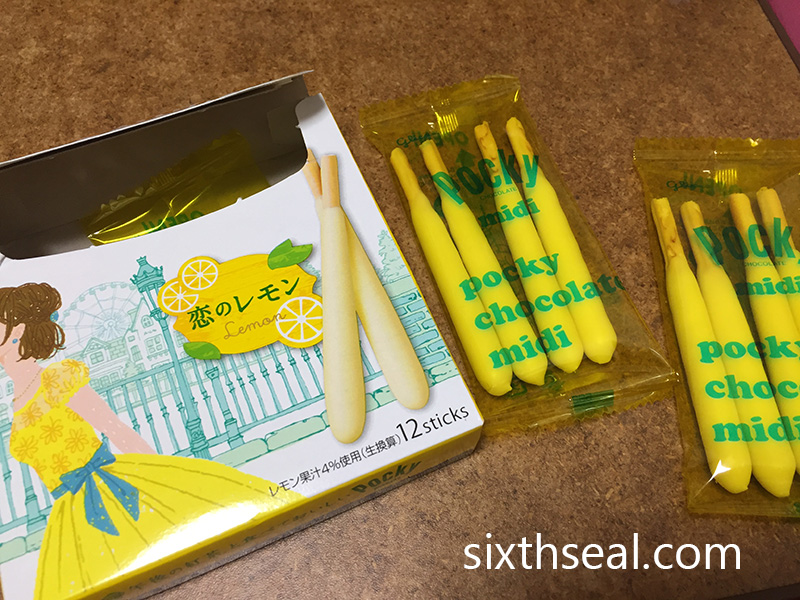 There is no LGBT scene here though, I tried making a girl and a girl kiss but it turns out they’re love rivals. Still, it’s fun to be able to choose which characters you want to put together and it’s things like these which makes Japanese snacks awesome. It’s displayed like this in stores too so you know you’re meant to eat them together. 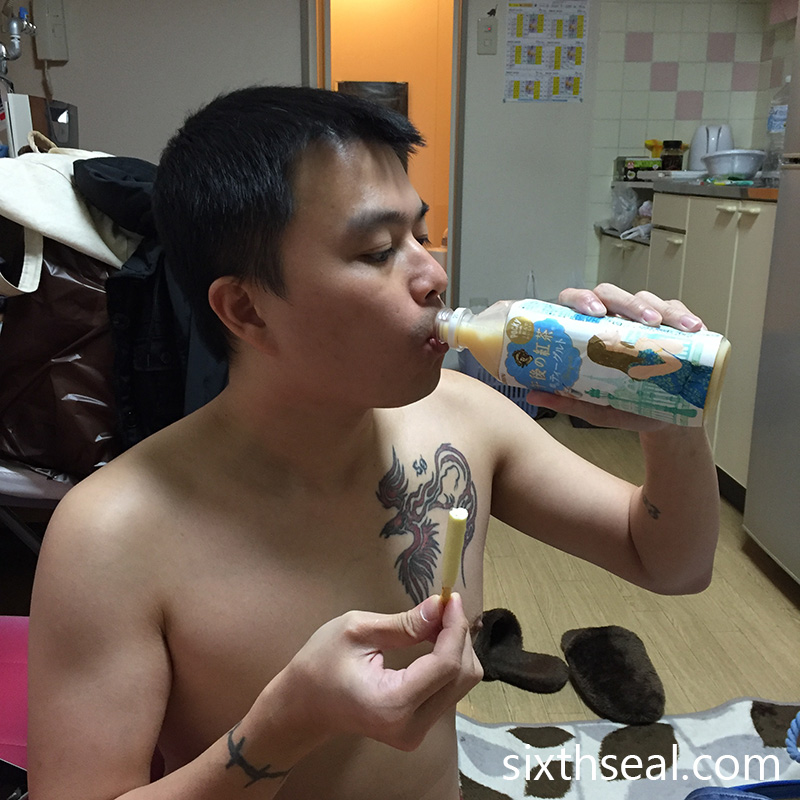 The packaging says to take a bite of Pocky midi and then drink a swing of the Teagurt, which is supposed to produce a totally new flavor. The Sicilian Lemon Pocky midi tastes like lemon on its own and the Teagurt tastes a little like Calpis. However, when you take a bite/sip of each as instructed, it really produces a lemon cheesecake flavor! 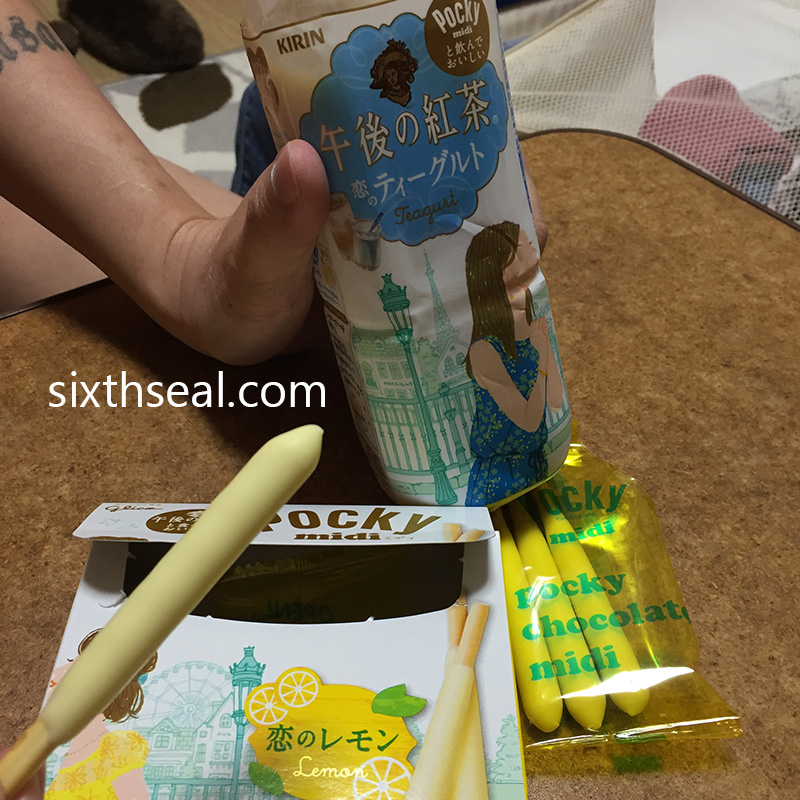 I was very impressed! I think the lemon comes from the Sicilian Lemon Pocky midi and the cheese notes comes from the yoghurt drink Teagurt. However, the thing that sells it is the pretzel sticks that Pocky is mounted on – that tastes like the base of a cheesecake. It’s wonderful and I like the idea that the products are willing to come up with limited edition Japan-only collaborations like this which combines together to not just create a new flavor, but tell a (very high tech) story! 🙂

20 thoughts on “The awesome Pocky and Teagurt collaboration!”