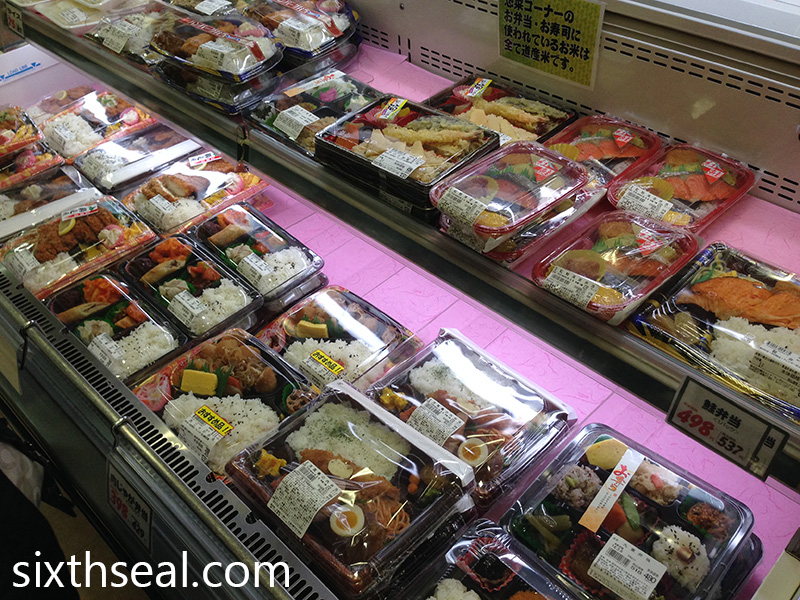 Bento boxes are sold in every department store, grocery store and convenience store in Japan. It’s one of the most common items around, especially when there’s a konbini on every street corner. They’re priced very competitively too, but of course there are more premium versions which costs even more than a sit-down meal. We got ours at a huge multi-level shopping mall called Sapporo Factory. 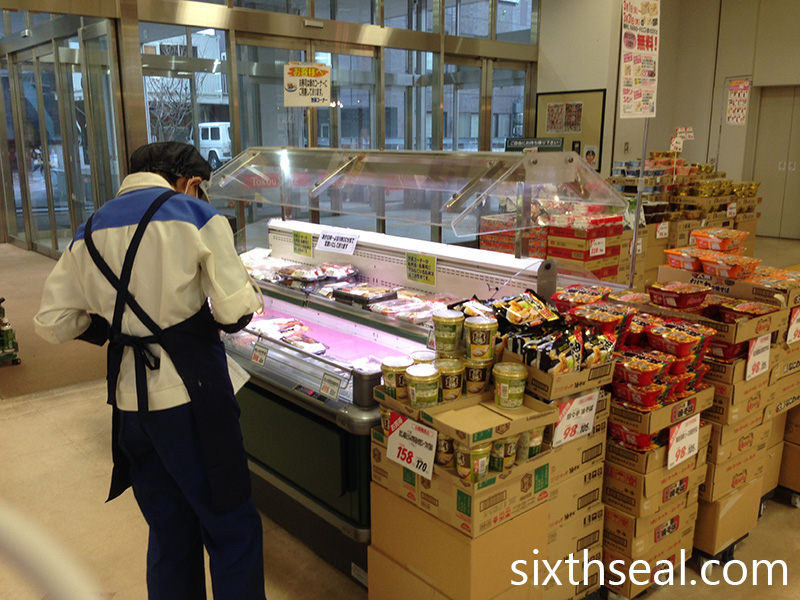 I’ve actually watched an anime called Ben-To so I know that the best bento box that’s still unsold will get a special sticker. There’s also someone that comes out every day to put a discount sticker on the overdue products. This is the person that comes out at Sapporo Factory. They call her the “God of Discounts”. We waited until she did her thing to see if we could get discounted bento. HAHAHAHA. The ones we wanted didn’t get a discount though, it was only for certain items. 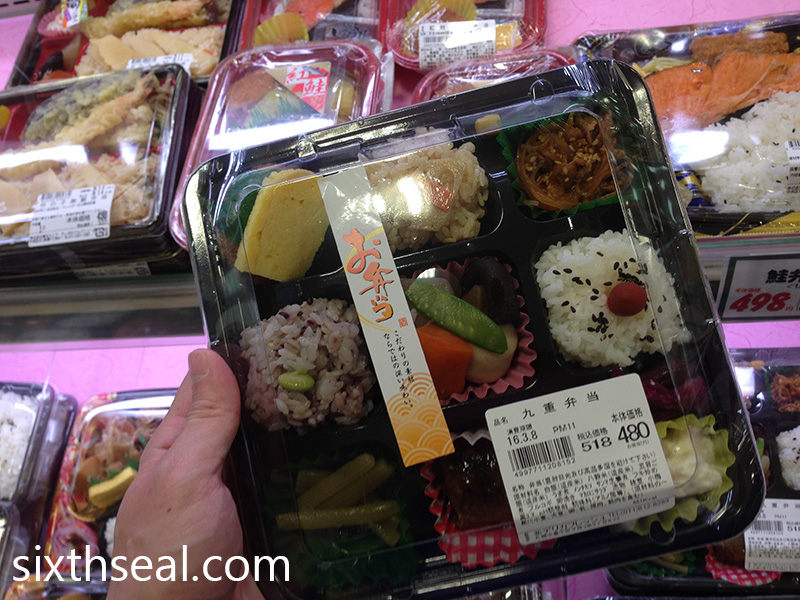 This is my bento. It costs 518 yen (about RM 22) and has 9 different containers. I believe this is what they call makunouchi bento (幕の内) which is a meal with everything. I love how everything is separated in Japan. They don’t mix stuff together so the taste will not combine – each item is separated by design, either using a separator (a fake plastic green leaf) or in a different part of the container. 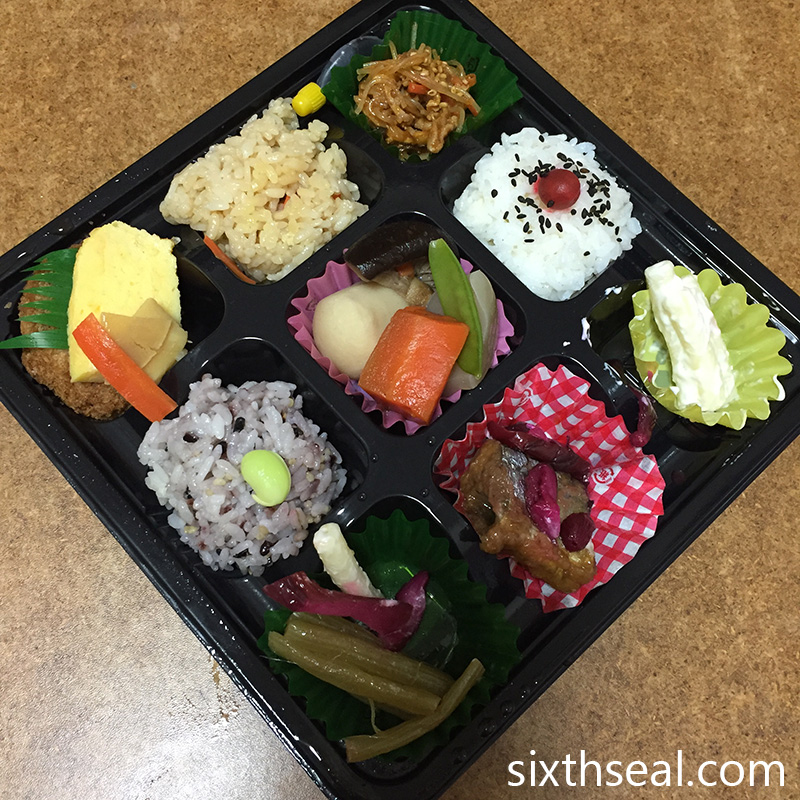 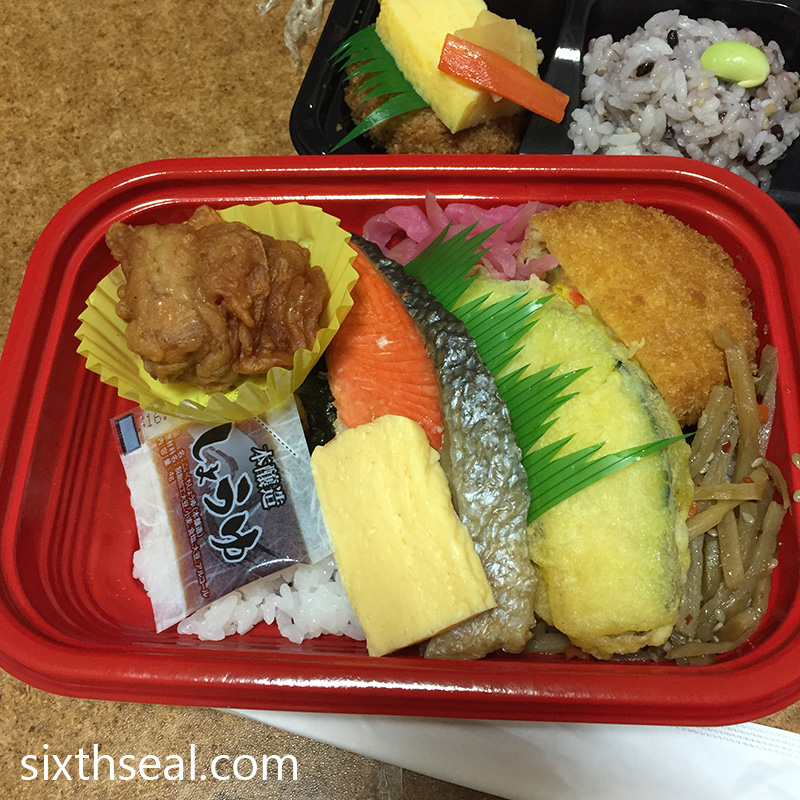 This is what my better half chose for her bento. Hers is 406 yen (around RM 16) even though it’s smaller coz it has more meat. There’s a HUGE square of nori (dried seaweed) separating the rice from the sides. It has a generous slice of salmon, a pumpkin tempura, a pork tonkatsu, a piece of karaage (Japanese fried chicken) and some other condiments, including a piece of tamagoyaki (sweet Japanese rolled egg omelet) for dessert. I tried it and it was very nice. 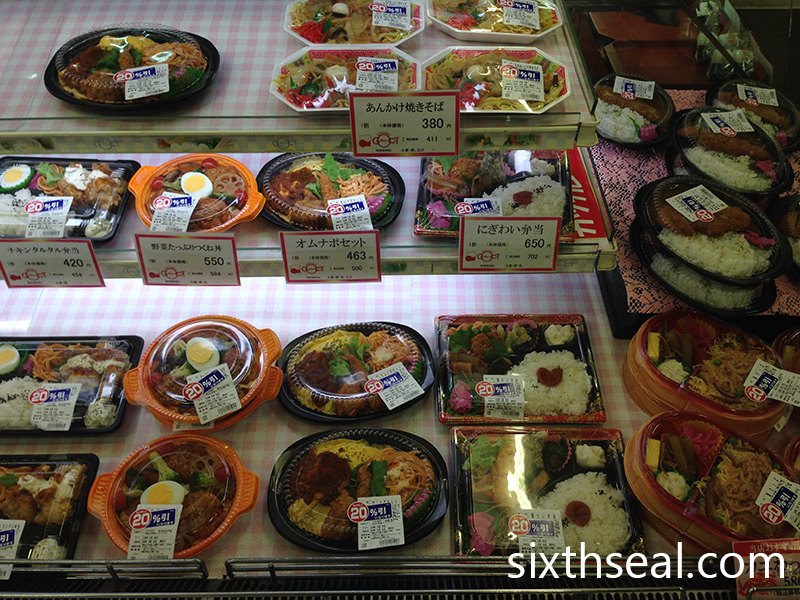 I actually put on more than a couple of pounds in Hokkaido. I wanted to try so many different things so we had multiple meals per day. I told my dear, “We must try their bento boxes” and I learned that there are two kinds, the ones I wrote about here and the ones that’s only sold for long distance trips like on shinkansen called ekiben which we also had in Otaru. I’ll write more about the special ekiben soon coz it’s a separate topic. :)

16 thoughts on “Bento in Japan”