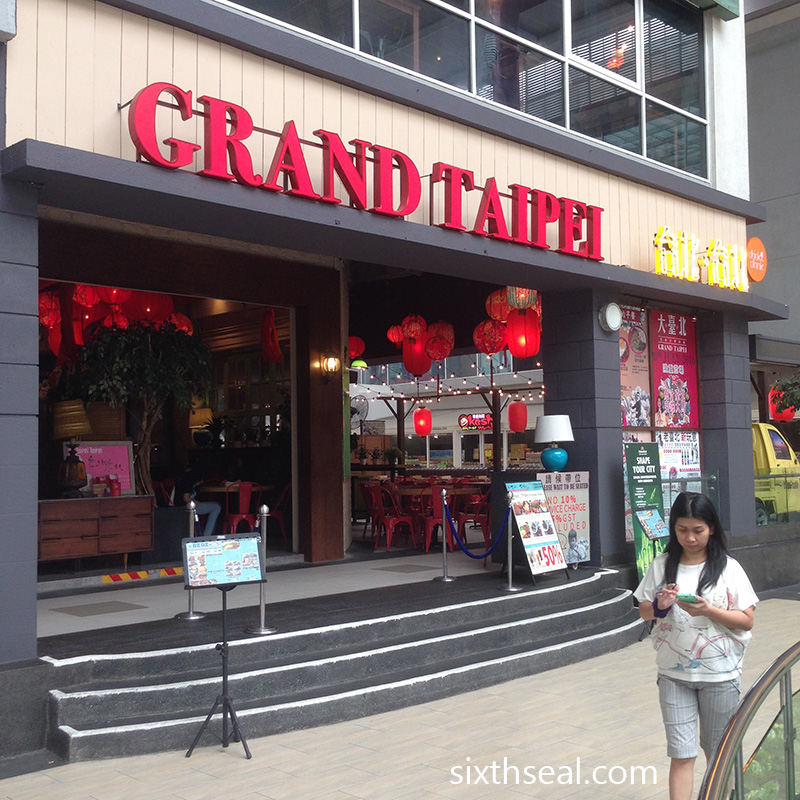 Grand Taipei is a relatively new cafe, restaurant and tea house (that’s what they call themselves) in Sunway Giza. If you thought it looked kinda familiar, you’ll be correct. There was a place called Taipei Taipei inside the mall a few years back. It didn’t do well and closed permanently. The old Taipei Taipei has been relaunched as Grand Taipei but the chopstick covers still has the old name. 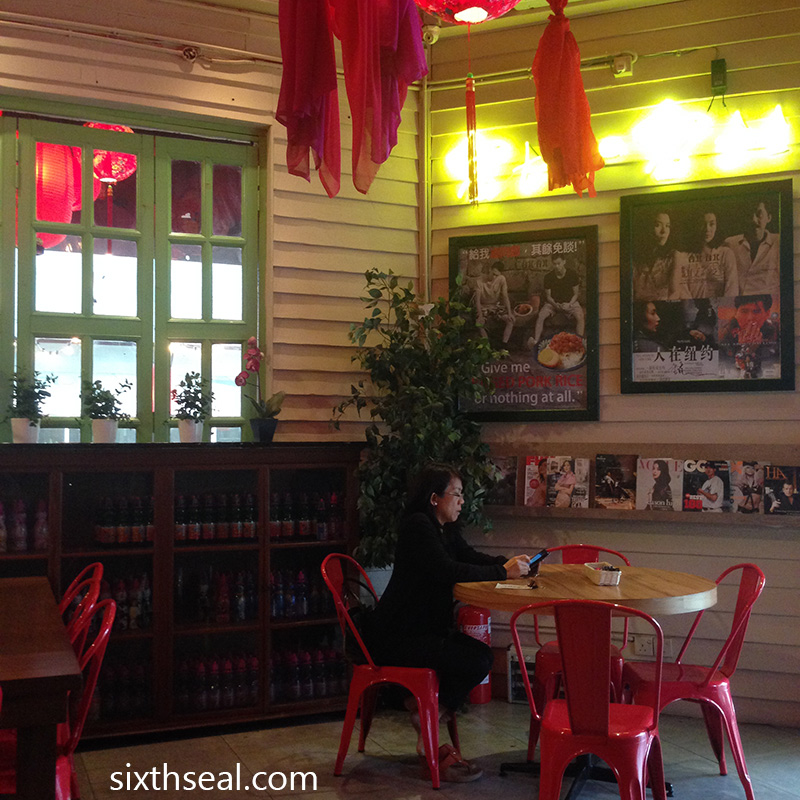 This spot seems to have bad feng shui or something. There has been a lot of different bars and restaurants at this exact spot which shuttered and got replaced by a new one. The latest to try is the ex-Taipei Taipei from inside the mall. The interior looks really nice – there’s an old movie projected to the walls, vintage furniture, jukebox, and a small stage. 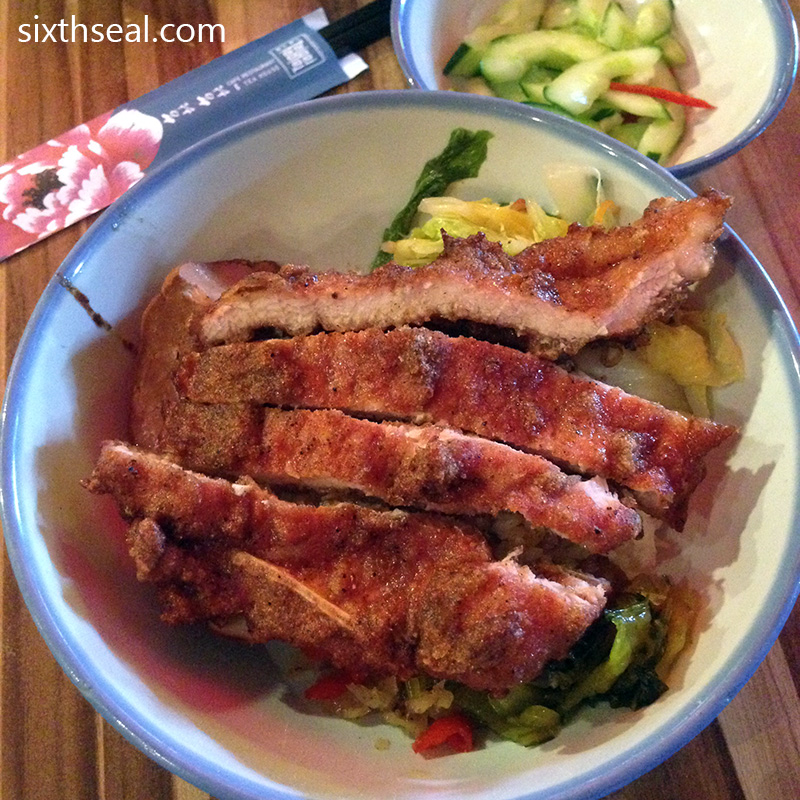 This is their signature dish! Grand Taipei does a mean pork chop rice. There’s a large slice of savory and delicious pork chop on top of a mound of rice. The rice isn’t just plain rice but mixed with minced stewed pork (what the Taiwanese called kou rou). There’s also a triangle of vinegar tofu which balances out the dish with a bit of acid, as well as vegetables. It’s pretty good, reminds me of the food I had in Taiwan. 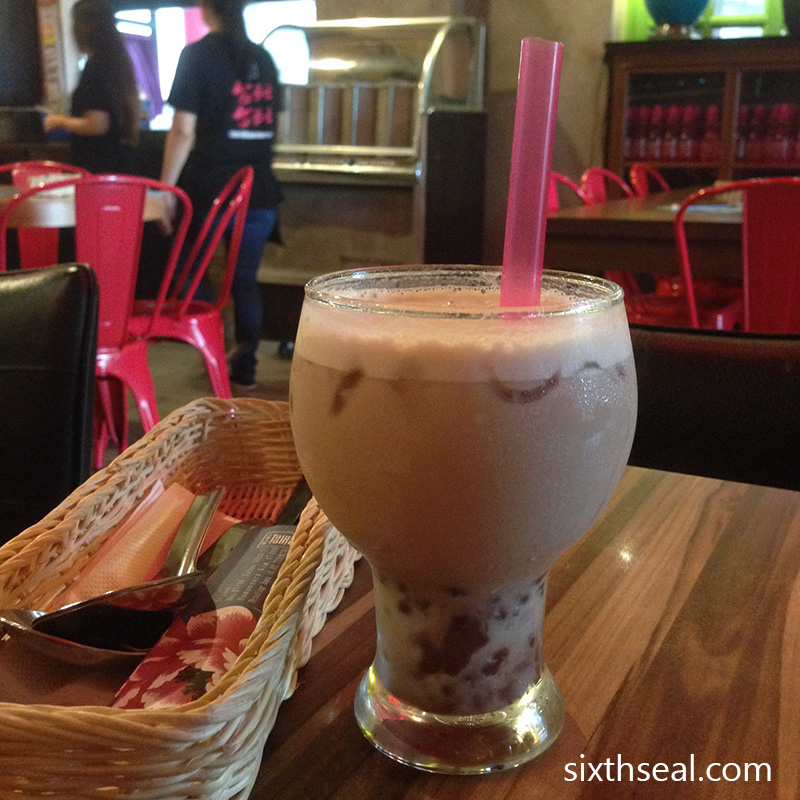 This is Taiwanese milk tea but with red bean instead of tapioca balls. They have a tapioca ball style bubble tea version for RM 8.90 too. It’s better to order the “RM 8 Business Lunch Set” which allows you to choose a drink and provides you with a daily side dish (pickled cucumbers shown above) so you save between RM 1 – RM 2 on your drink and get a small side. 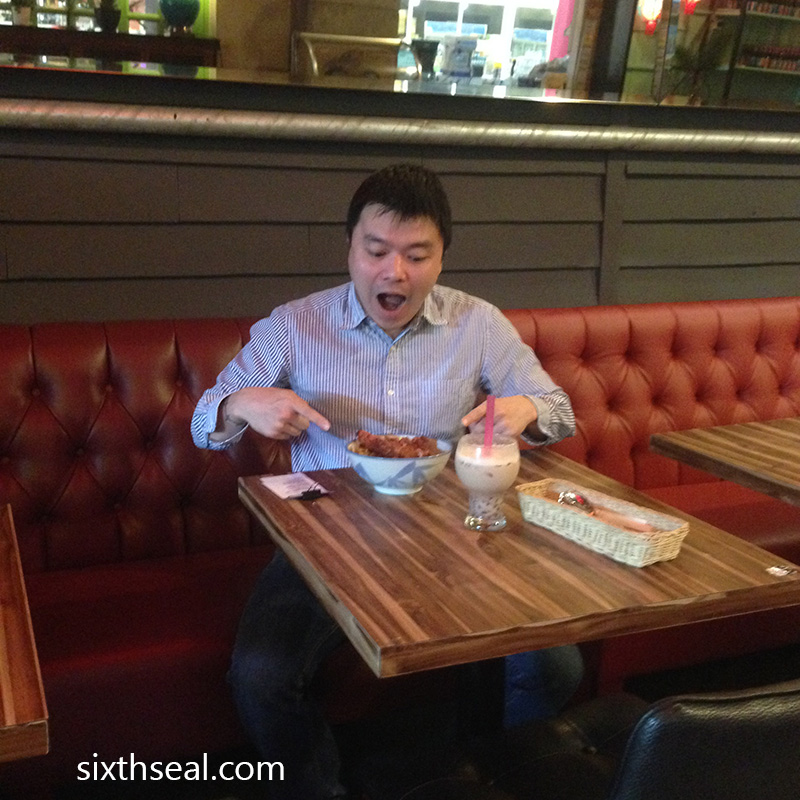 Grand Taipei will have familiar food if you’ve been to the old Taipei Taipei. They specialize in pork chop rice and they’re pretty good at it. The pork chops are fried to order and it’s served hot. I like how they have multiple sourish sides (pickles, tofu) coz the oily pork chop can be a bit hard to stomach after a few bites and the acidic dishes help cleanse your palate. Lunch for me cost RM 23.90 which isn’t bad for the amount of meat they serve.