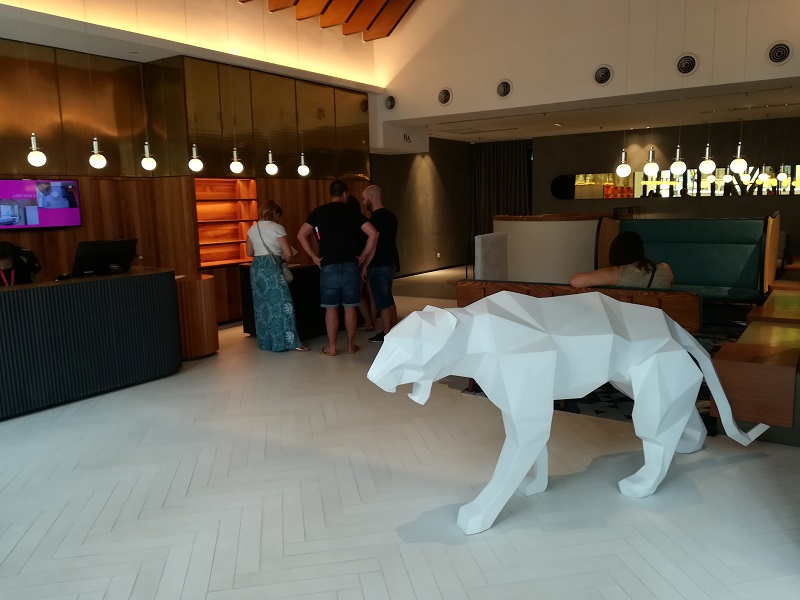 I was invited to check out this new hotel smack in the middle of the heart of the city last weekend. It’s just a 3 minute walk from Bukit Bintang MRT station. I know coz I took the train here. I’ve been taking the LRT/MRT a lot lately since I work in KL Sentral and live in USJ 21. 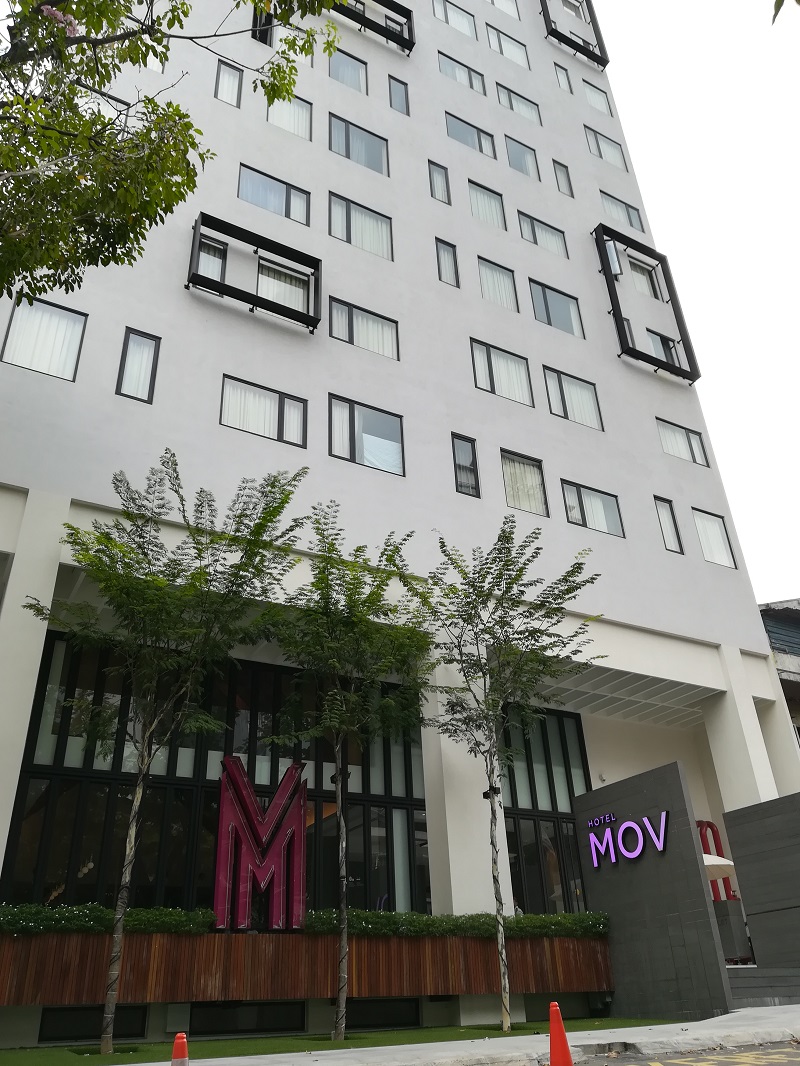 I hadn’t consulted my friend Google before coming and half expected it to be a boutique or shoplot hotel. I was quite surprised to see it was a recently built, tall, standalone building. 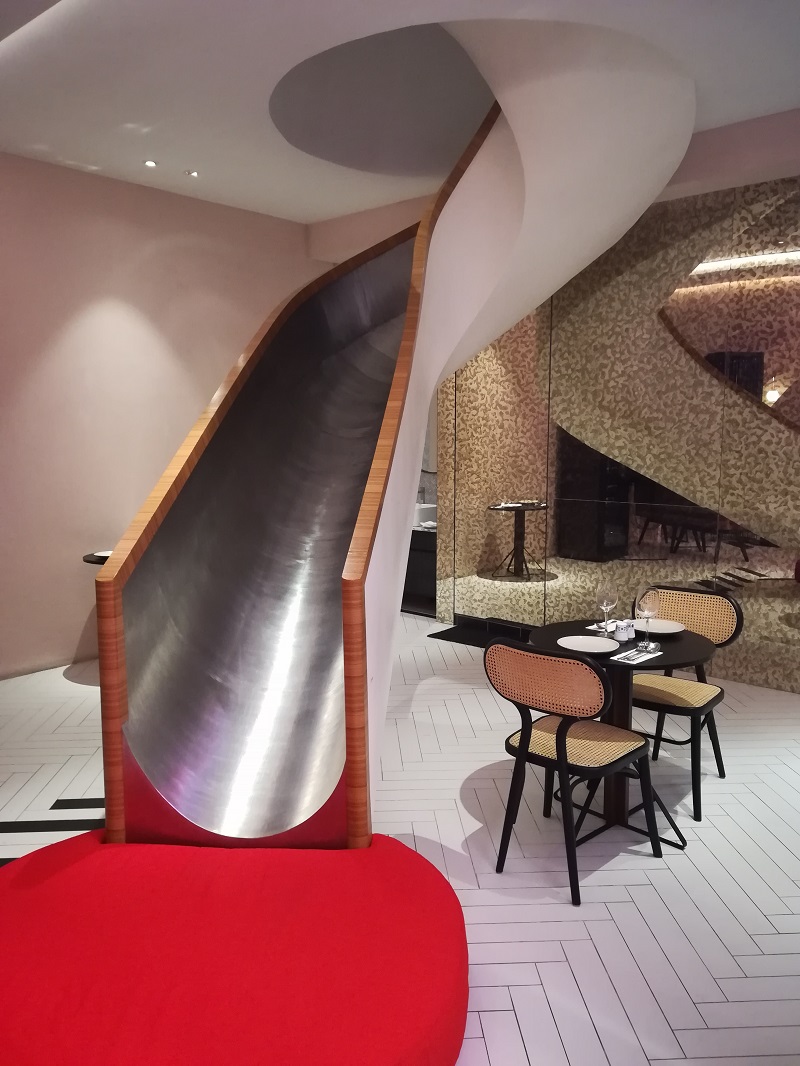 One of the highlights of the hotel is the awesome slide that goes from the lobby to the in-house restaurant in the basement. It’s quite fast but a blast to use. 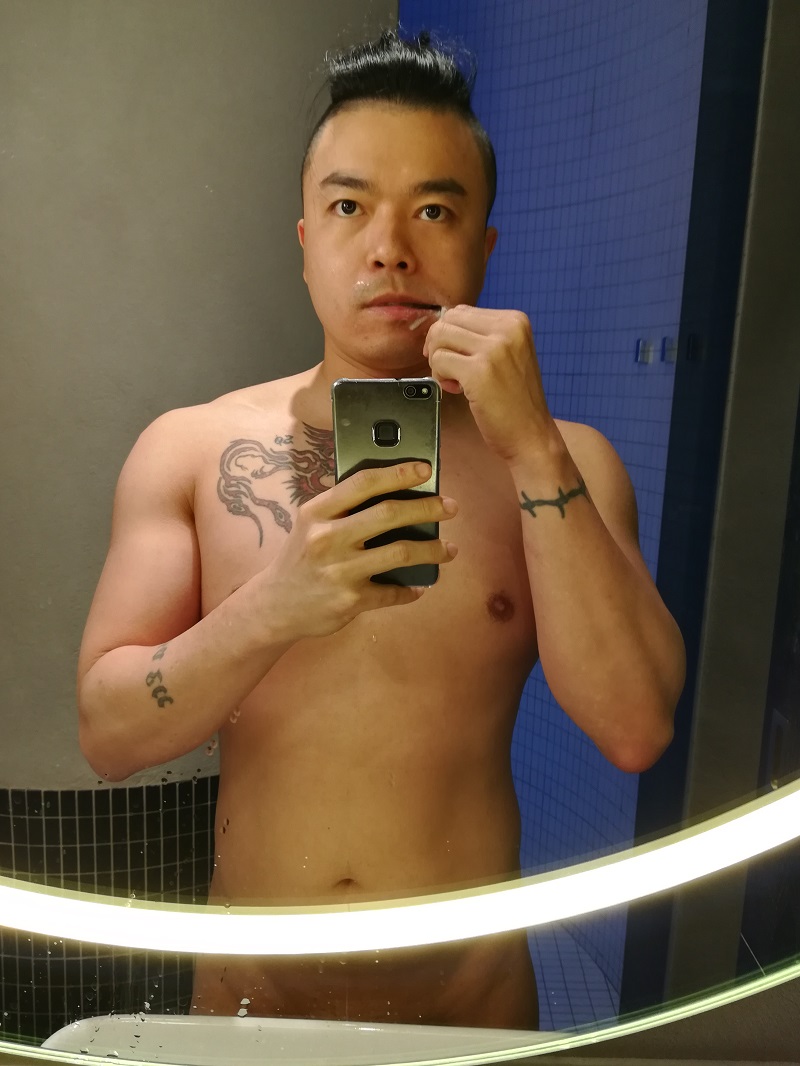 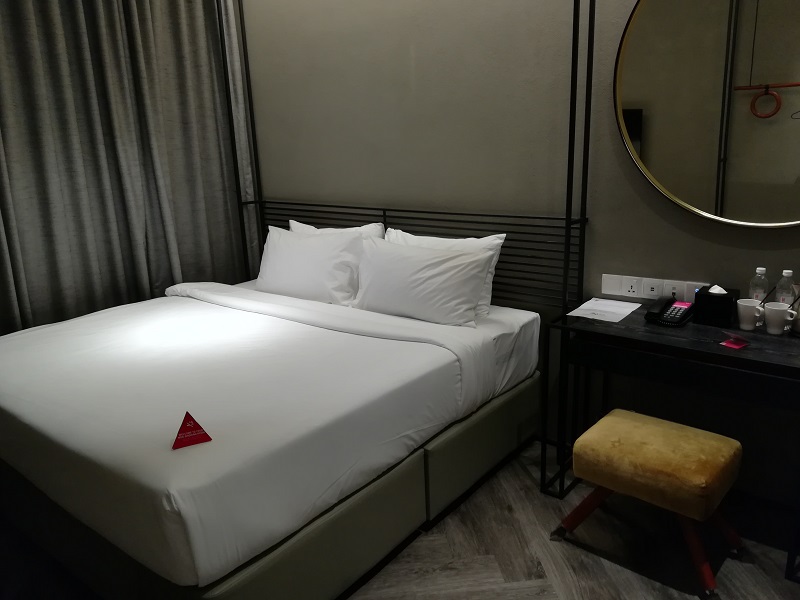 The bed was comfortable and large and there’s blackout curtains. The entire place smells fresh and clean and that’s always a huge plus point for me. I’ve been to more than a few musty smelling hotels with the scent of the previous occupant’s hair gel, deodorant, or worse – armpit stank on the bedsheets/pillows/linen so it’s refreshing to smell freshly laundered sheets. 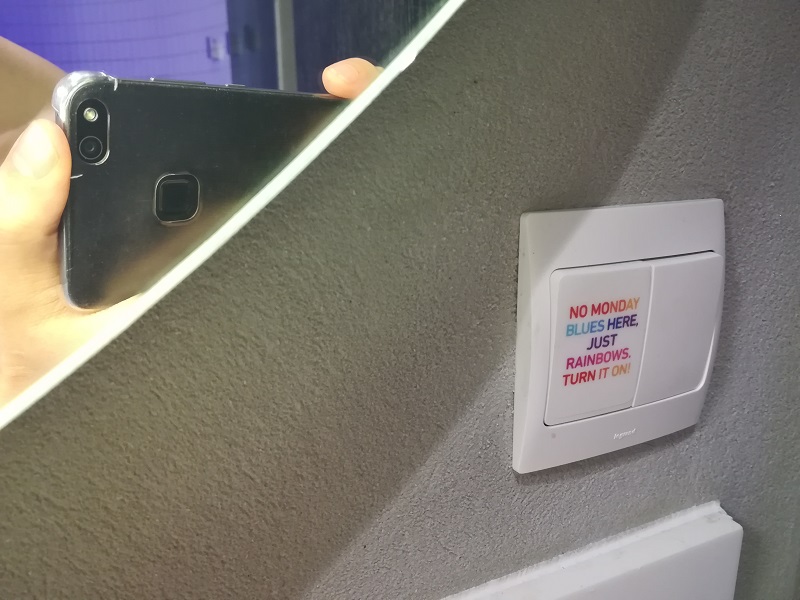 I was also intrigued by a switch that states “No More Monday Blues Here. Just Rainbows. Turn it On.” in the bathroom. It activates the ambient mood lighting in the shower. This is a pulsating glow that fades to different colors every few seconds. It sounds like it’ll be distracting but the effect is quite pleasant. 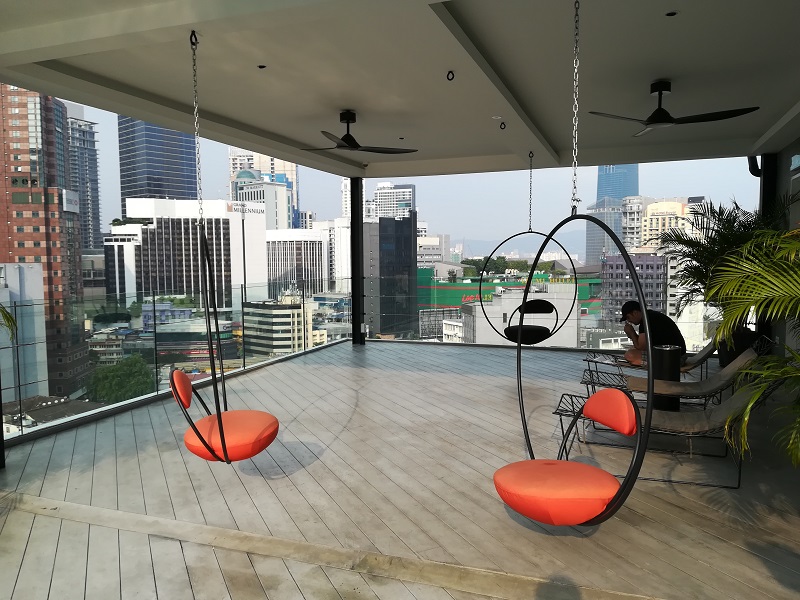 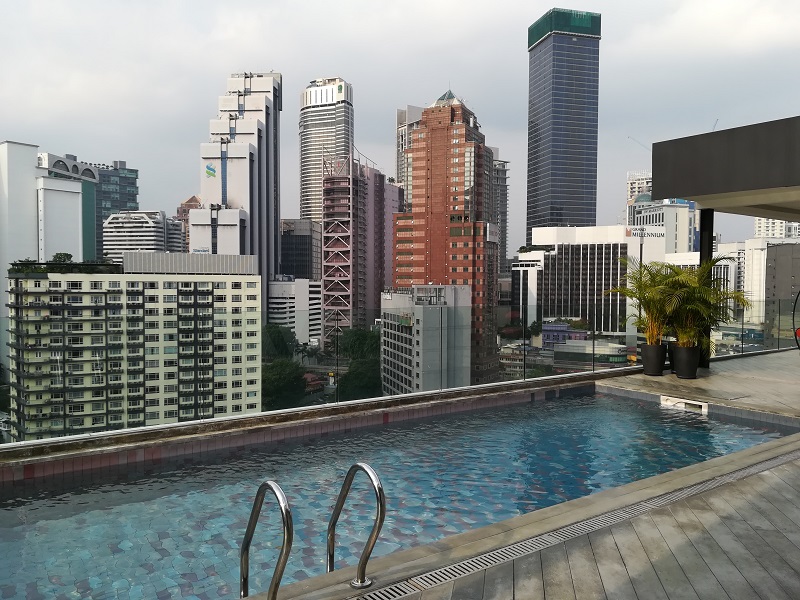 …a swimming pool with an excellent inner city view, 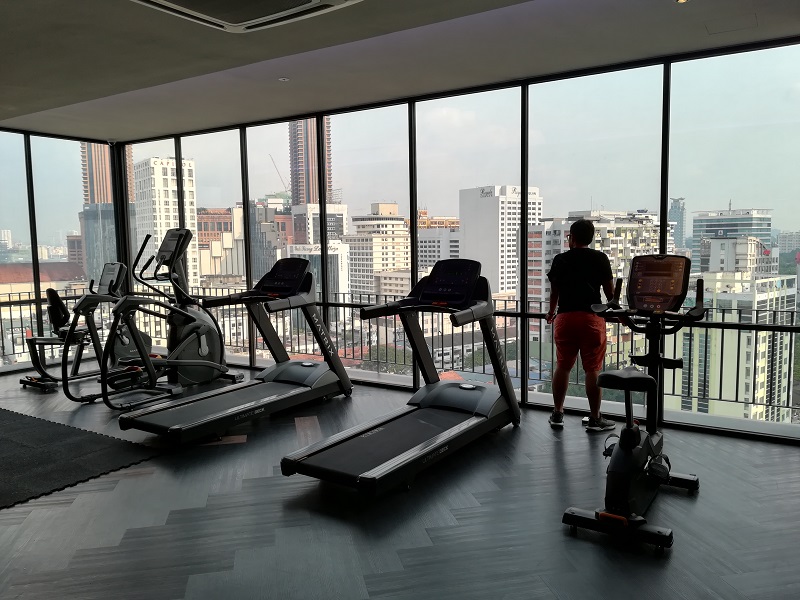 …and a gym. I have been getting into the fitness lifestyle lately and bemoaned many hotel’s focus on light weight dumbbells which do not offer a challenge to intermediate and advanced users. 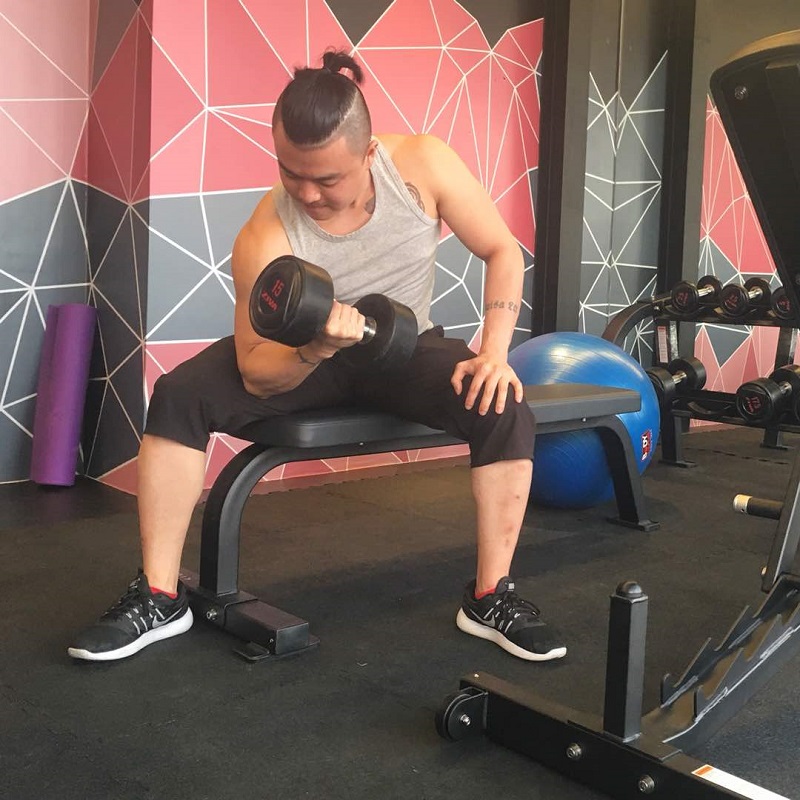 Not here. They have dumbbells up to 25 kg, which is honestly more than I can curl. 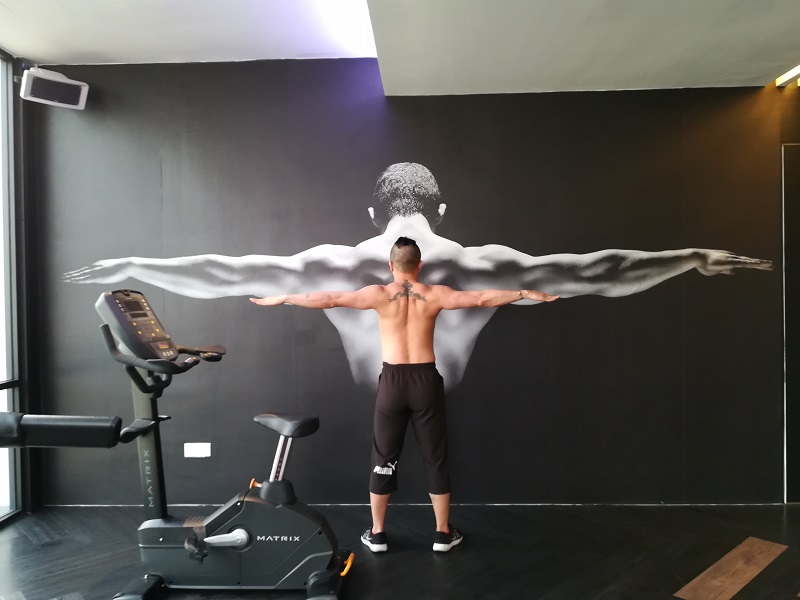 Joyce also took this photo of me in their gym, which I promptly uploaded to Facebook as my cover photo. I’m happy to report that it has received the most likes and reacts out of all the cover photos I’ve used. 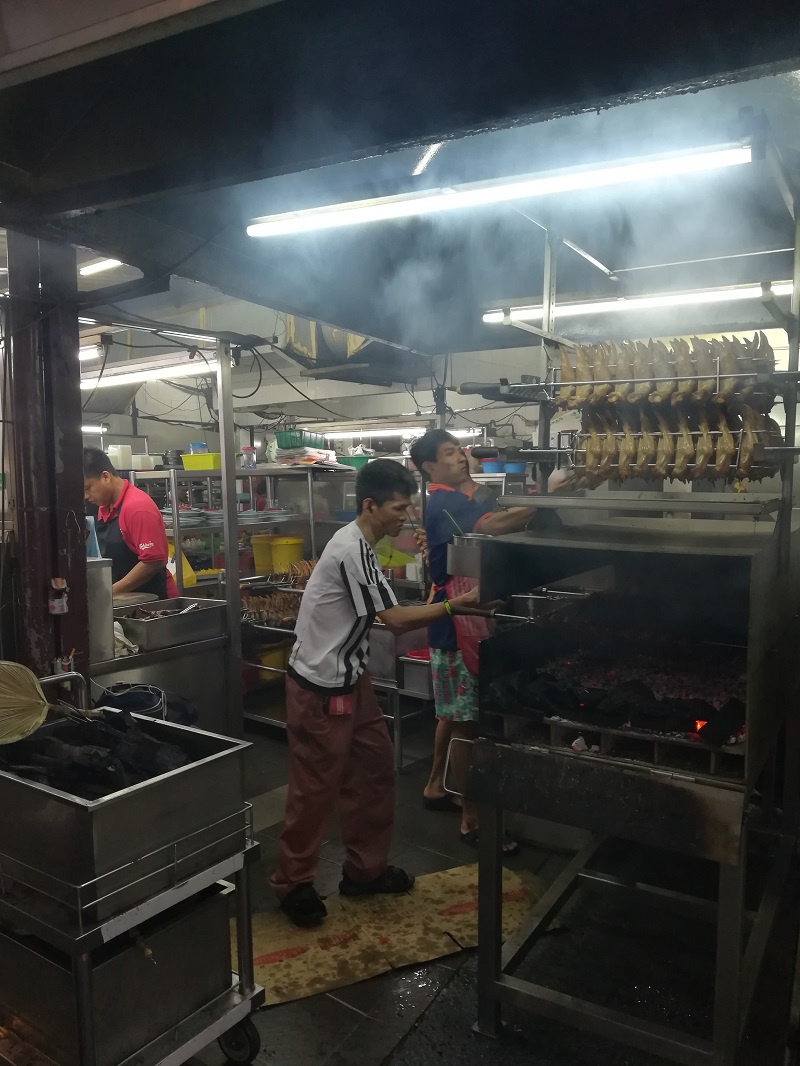 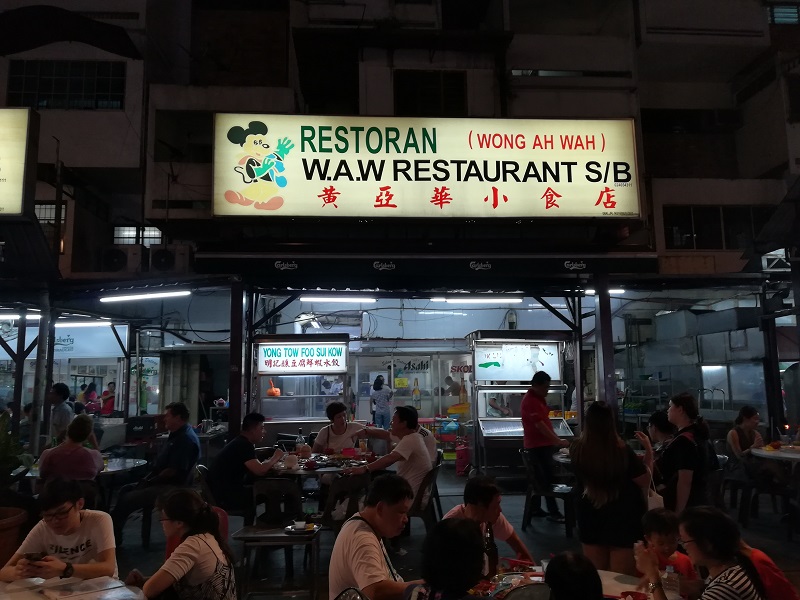 This is where you can indulge in the famous chicken wings and Hokkien mee at Wong Ah Wah. They’re equally famous for their brusque and no-nonsense service, so keep that in mind. 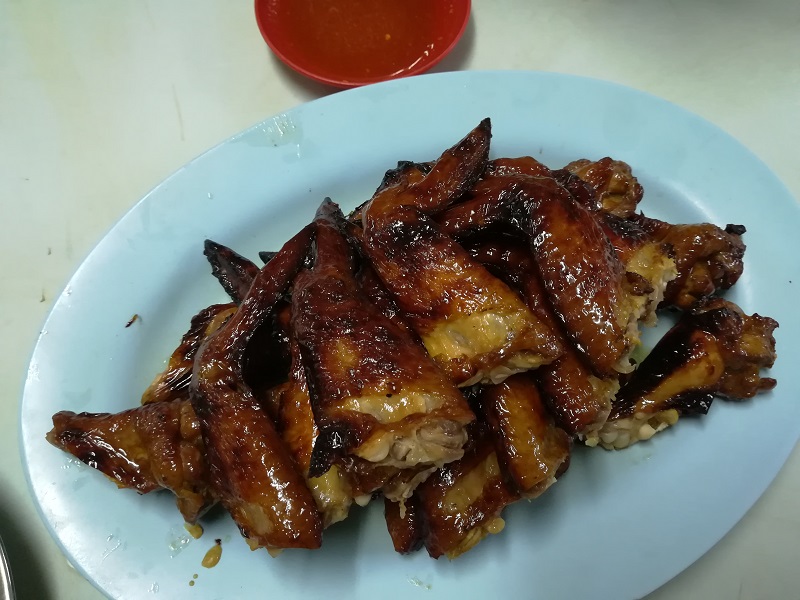 This is not someplace you’ll want to bring a business client, lest the captain be rude to him, but if you’re on a vacation and have a hankering for overpriced wings, it’s worth a try. 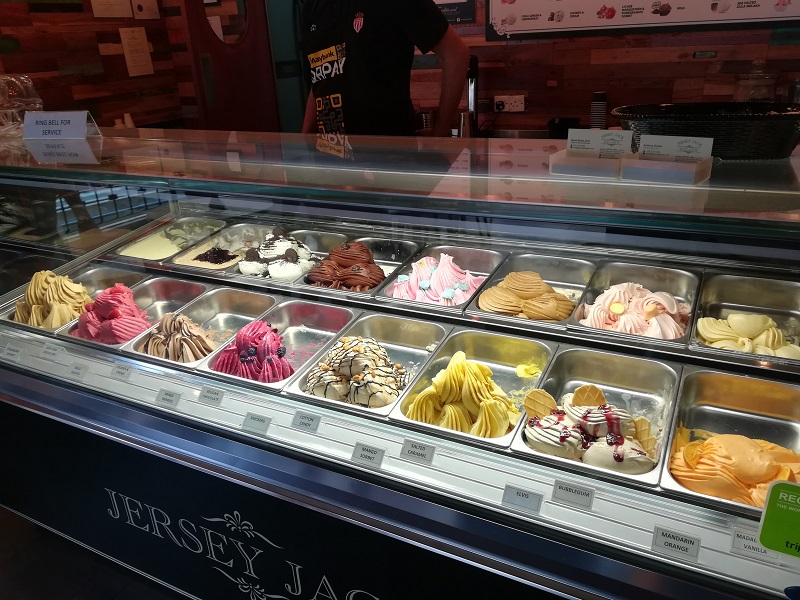 There’s also a gelato place called Jersey Jack right beside the hotel which is owned by an expat. They have creamy creations ranging from Guinness gelato to Asam Boi with Apple and Tangy Lime. Highly recommended. 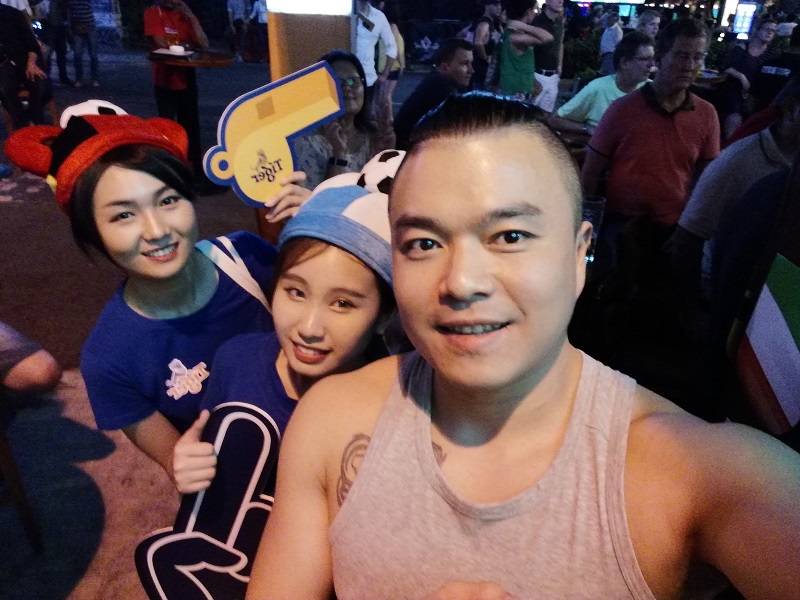 Of course, the hotel is also close to the nightlife of Changkat Bukit Bintang, where you can grab a beer and listen to some live music. 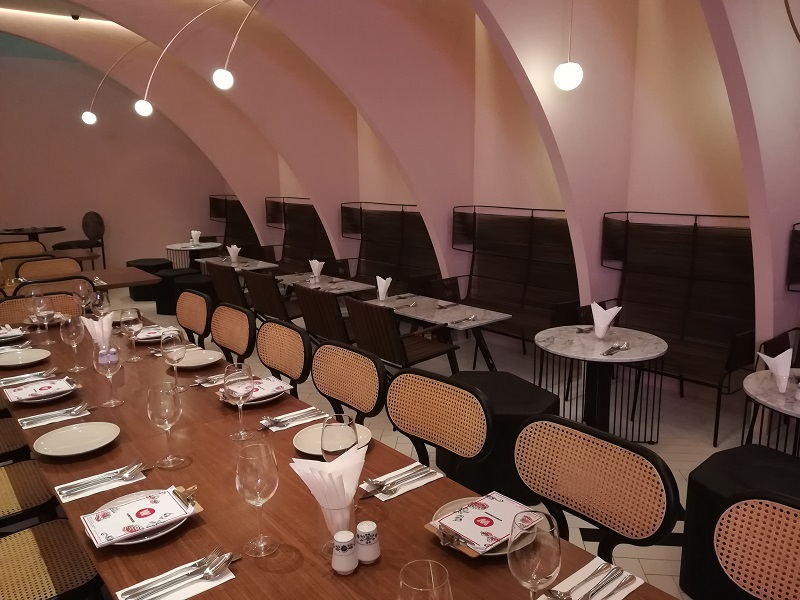 Wurst is the in-house restaurant/cafe and the room I stayed in has breakfast included. You can come down via the slide or the more pedestrian lift/stairs. 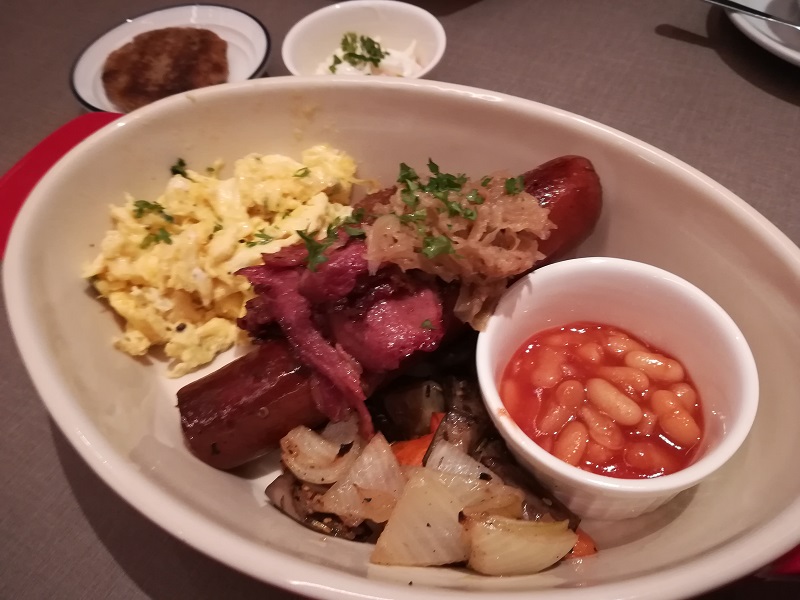 I read they’re famous for their sausages! 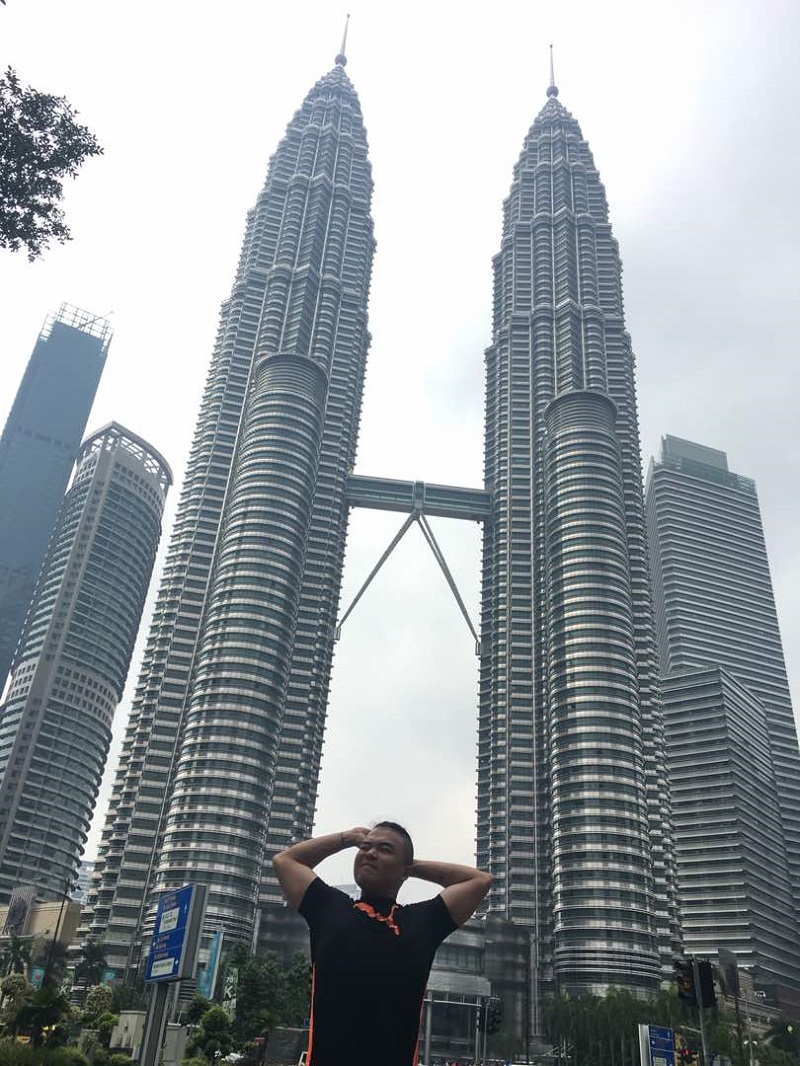 I like how clean and new the hotel is and how central the location is to everything. There’s the MRT if you need to get around and you’re right in the middle of the action at Bukit Bintang. Lot 10 and Pavillion shopping malls are just a short walk away and we even went to KLCC via the covered and air-conditioned pedestrian overhead bridge. I didn’t even know that existed before last weekend! I would definitely stay here if I were travelling to KL. The prices are not as cheap as the dodgy hotels lining Bukit Bintang itself but the experience is way more comfortable. The rooms start from RM 209 per night. 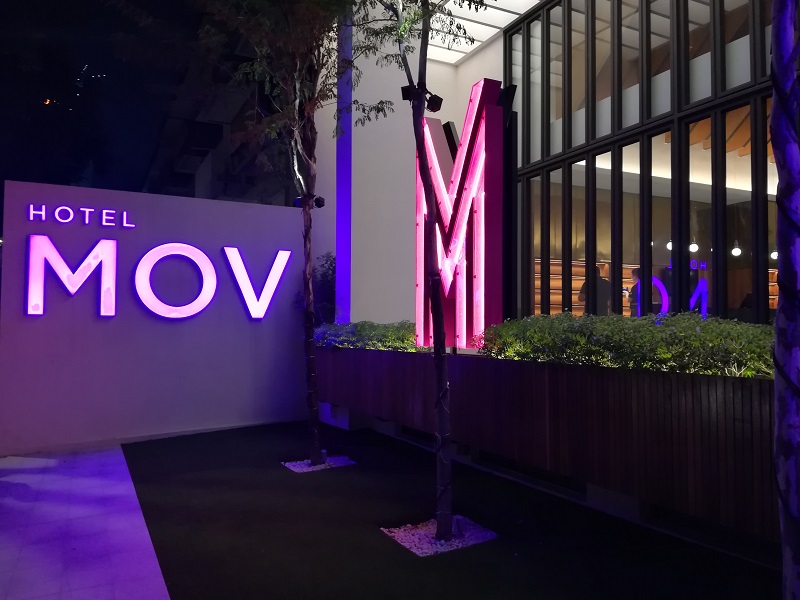 1 thought on “A 2D/1N staycation at MOV Hotel, Kuala Lumpur”