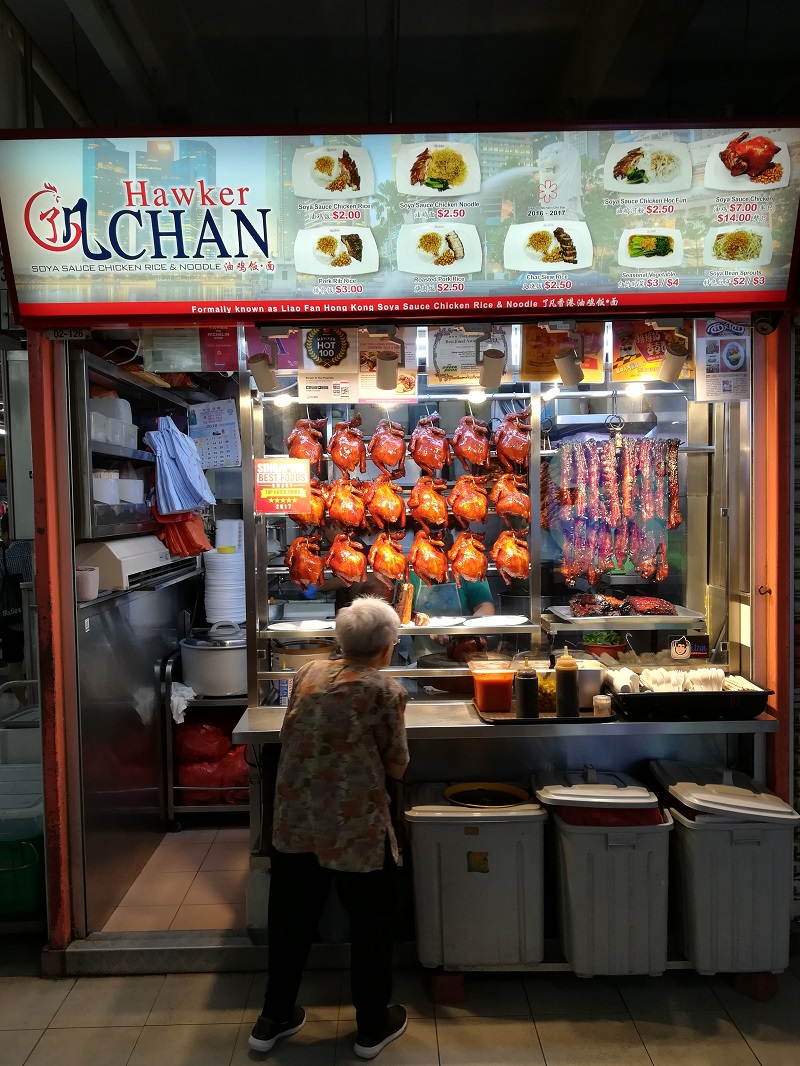 This was the very first street food/hawker stall in the world to ever win a Michelin star. Not Bib Gourmand, a proper star. It’s a common misconception that Michelin rates ambience and decor when giving out stars. They have always maintained that the star is awarded for food only, and that includes things like the chef’s personality coming through clearly. They have a separate icon for comfort/ambience (fork and spoon) which rates how luxurious the restaurant is but star ratings are always based on the quality of food alone. 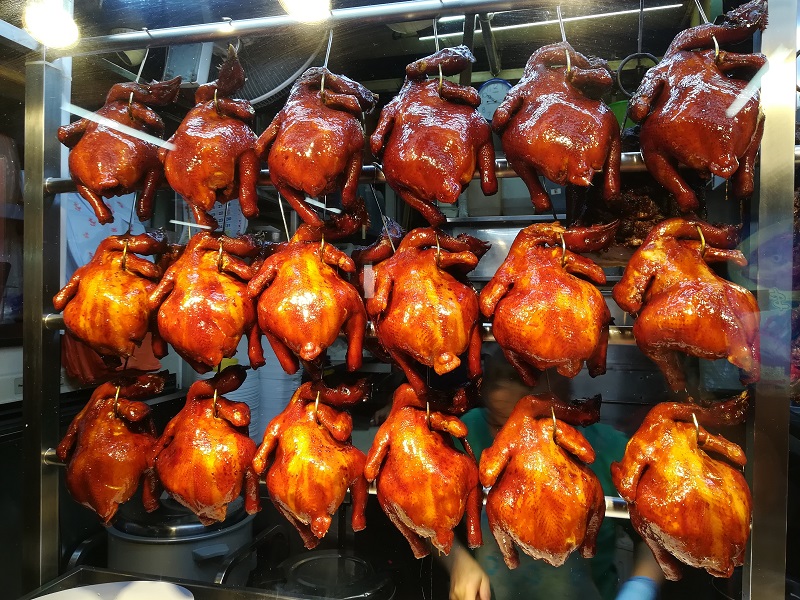 I was in Singapore with a mission to try out this much hyped soy chicken rice stall. I made sure to go to the right one. People have the false impression that the Michelin star travels with the chef and applies to all outlets he opens. That’s simply not true. The Michelin star is rated for that restaurant only. The only Hawker Chan with 1 Michelin star is their original shop at Chinatown Complex Food Center. The modern and air-conditioned new premises opposite only has a Bib Gourmand. 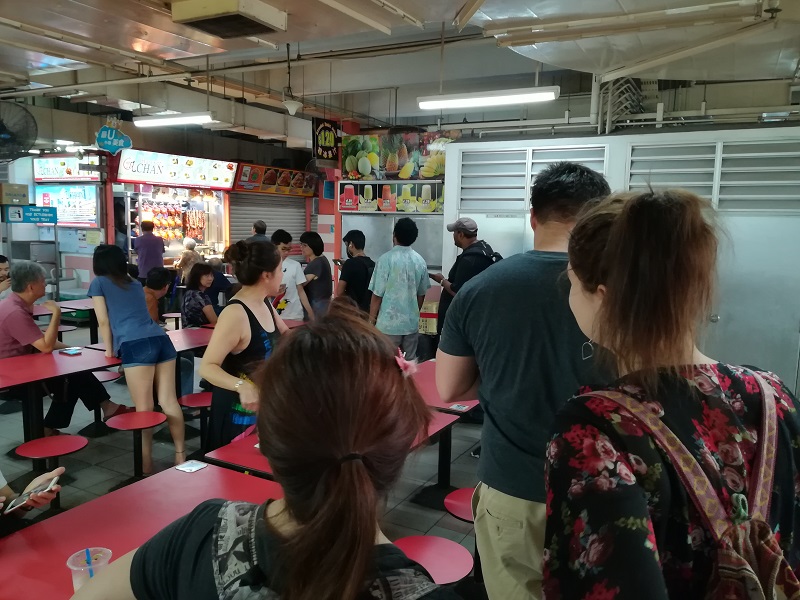 I went early with my dad before they opened and thought I was lucky enough to be first in line. There didn’t seem to be a queue. I confidently walked up to order, only to be told the queue was behind me. It was only then that I spied a long snaking line of people looking displeased at me. Haha. I honestly didn’t see them. The queue starts from beside the opposite stall so they don’t block foot traffic. It even has a velvet rope. Very proper. 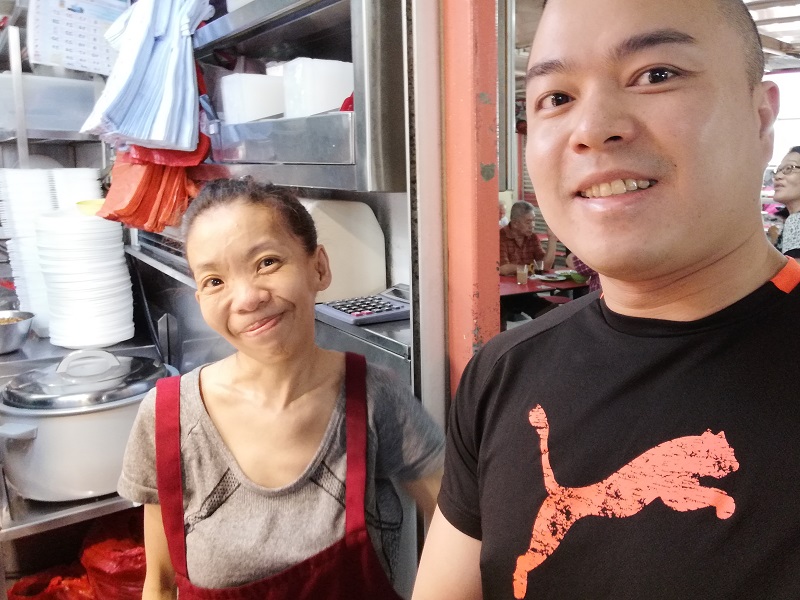 The wife of Chan Hon Meng manages this stall and she was friendly enough to take a photo with me. Service is quick and the line moves along well so don’t worry about having to queue up. 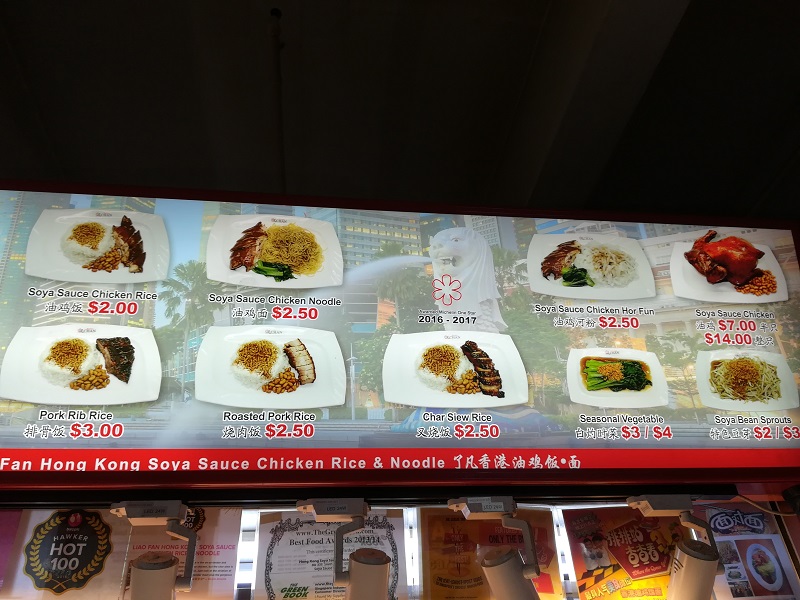 I ordered the flagship dish of soy sauce chicken rice. It’s SGD 2.50 for the drum portion. The meat was marinated beautifully, with a sweet soy glaze that permeates the gelatinous skin of the chicken. It’s surprisingly flavorful and robust. I can taste cinnamon and other spices in the marinade. The inside is still soft and juicy. I love this perfectly cooked chicken. 10/10. However, the chicken rice I got was lumpy and mushy. Maybe they were having an off day but I’m not a fan of this rice, which seems to have the fundamental error of having too much water mixed in. 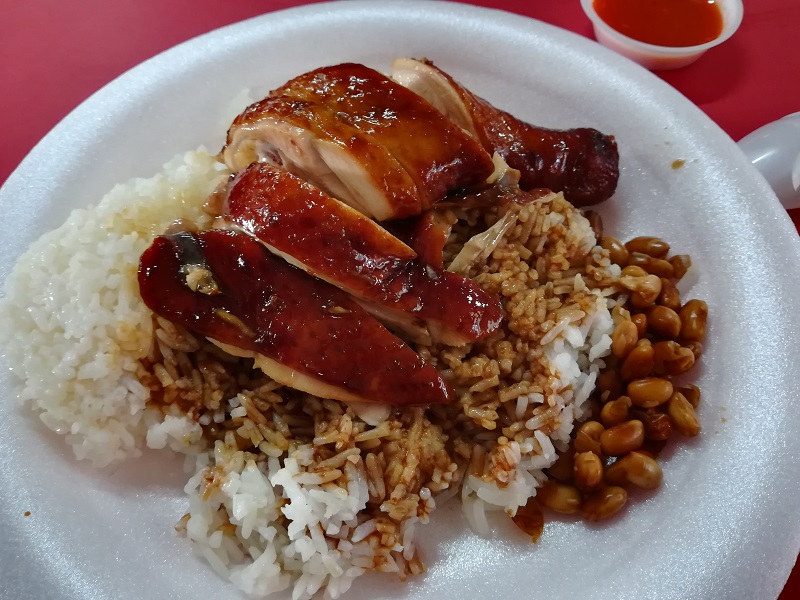 The soy chicken is delicious though. Would I return? For sure, to try the noodles next time. I hear it’s pretty good too. You need to set your expectations right for Liao Fan Hong Kong Soya Sauce Chicken Rice & Noodle. It’s a soy chicken rice stall so don’t expect fireworks and novel molecular gastronomy executions. They’re good at what they do and that’s soy chicken. 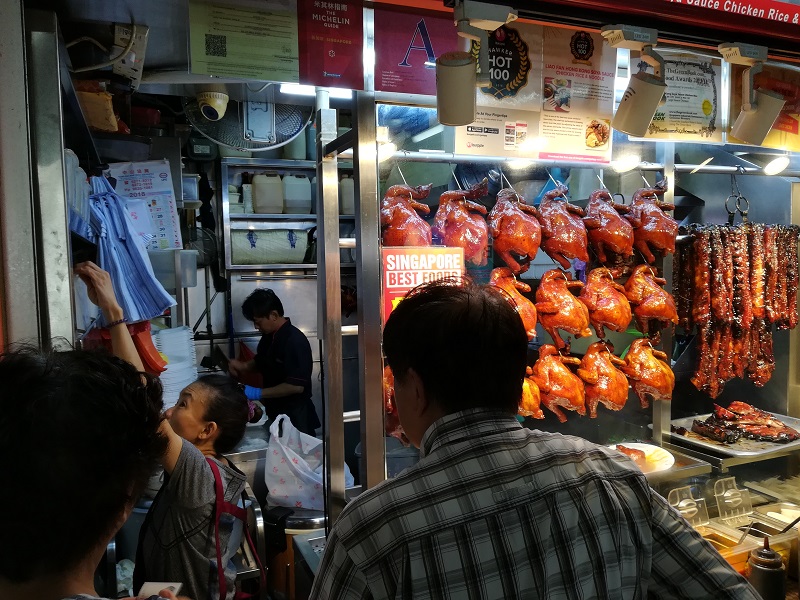