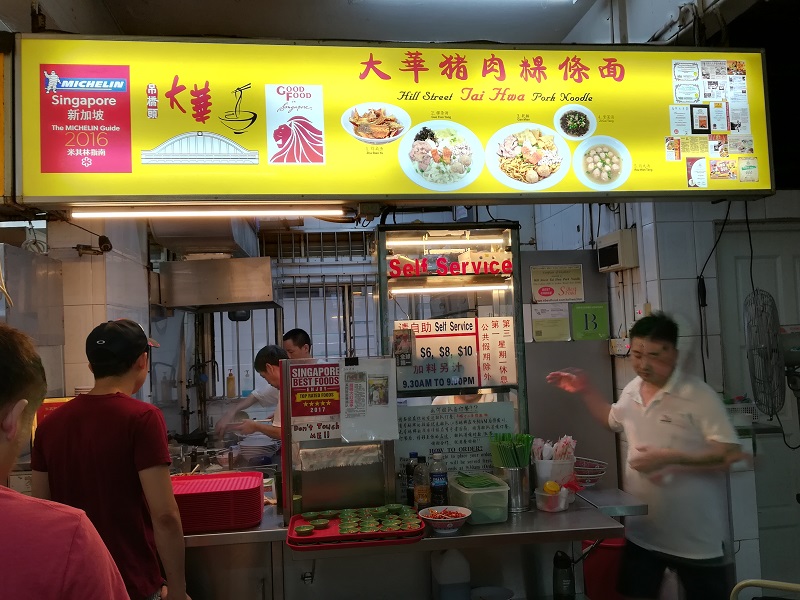 I made it my mission to smash one of these famous bowls of pork noodle (bak chor mee) during my recent trip to Singapore. I have heard about the legendary lines which can form here, so I checked Google to see which are the non-peak hours and went with my dad at 3:30 pm on a weekday. They’re the second ever hawker stall in Singapore to be awarded a Michelin star, after Hawker Chan. I have eaten at their competitor High Street Tai Wah Pork Noodle, which has recently won a Bib Gourmand, but should not be confused with the 1 Michelin Star Tai Hwa. It’s run by the nephew of the owner of Tai Hwa though. 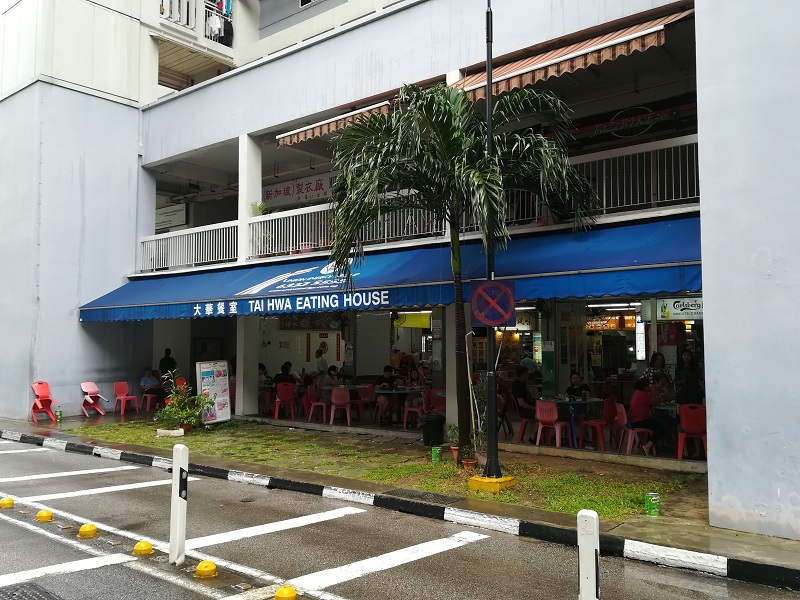 Hill Street Tai Hwa Pork Noodle is located at a small residential food court. There are a few other stalls besides it and even at this odd hour, there was a queue in front of the stall. 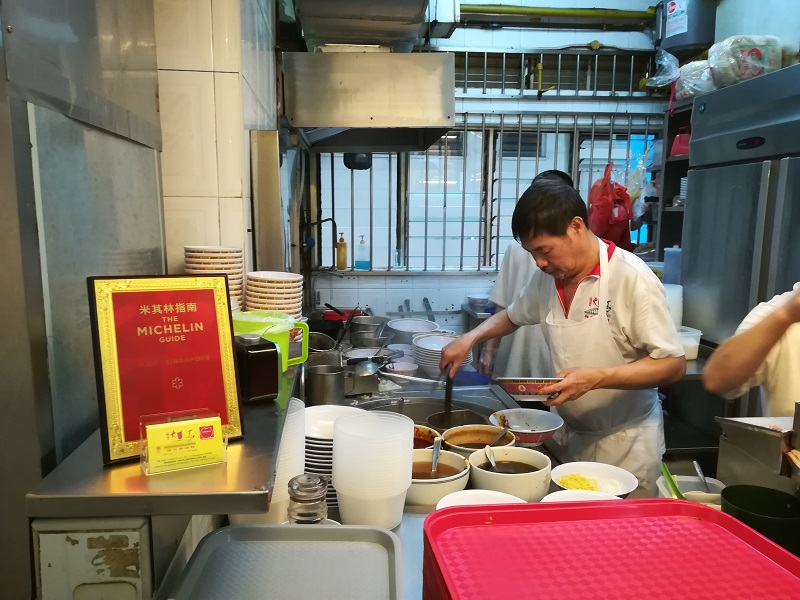 However, it moved quite quickly so it wasn’t an issue. The chef-owner Tang Chay Seng was there cooking every single bowl by himself. I managed to take a selfie with him. He must think it odd that the Michelin Guide has elevated him to a somewhat celebrity chef status but I’m sure many people have done this before so he must be used to it. Haha. 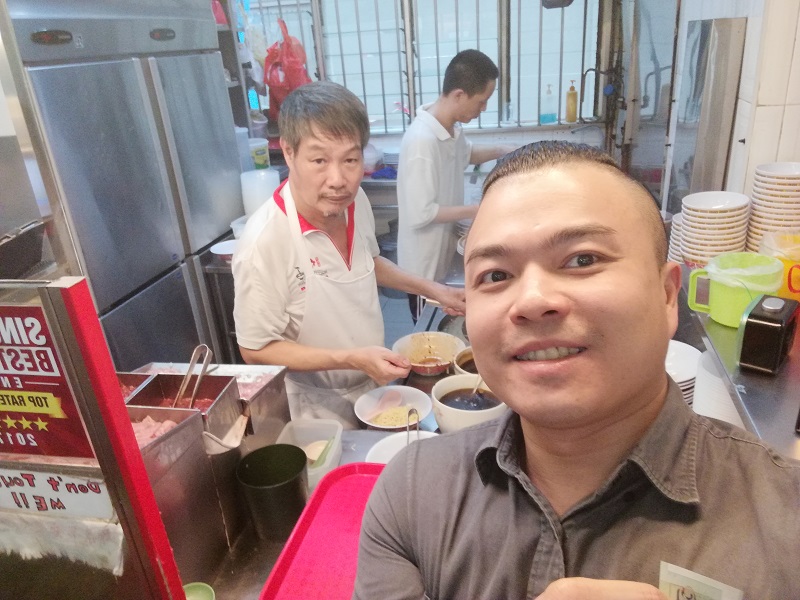 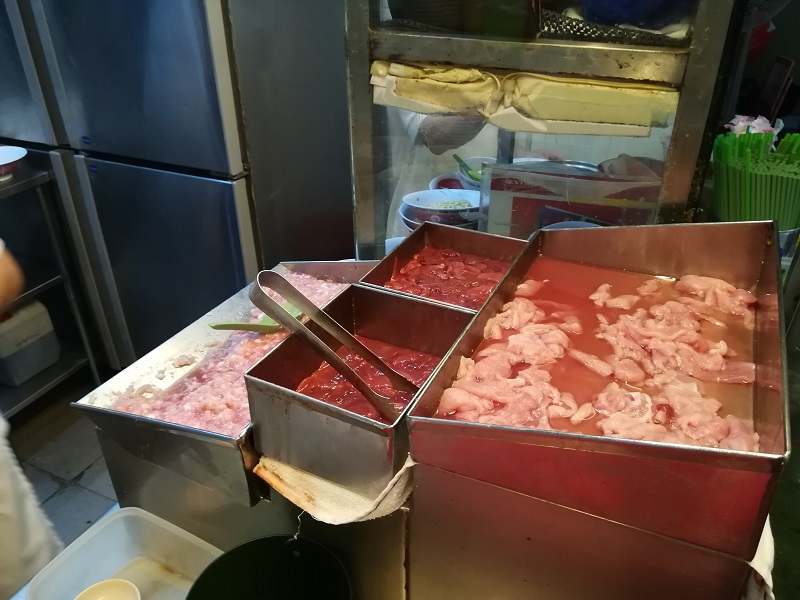 I have experienced some hits and misses with the Michelin Guide in Singapore and thus braced myself for a mediocre bowl of noodles. Boy, was I pleasantly surprised. The flat noodles have a wonderful bite to them but it’s the sauce that makes it shine. The beautiful concoction it was tossed in has a nice vinegar taste, which helps cut through the richness of the pork. It’s very savory and I can see why people love it. The pork slices and wonton are delicious too, but it’s the soup which stole the limelight. The pork broth is mixed with seaweed and results in a umami explosion. Top notch! There’s also a deep fried piece of fish which adds a nice texture. 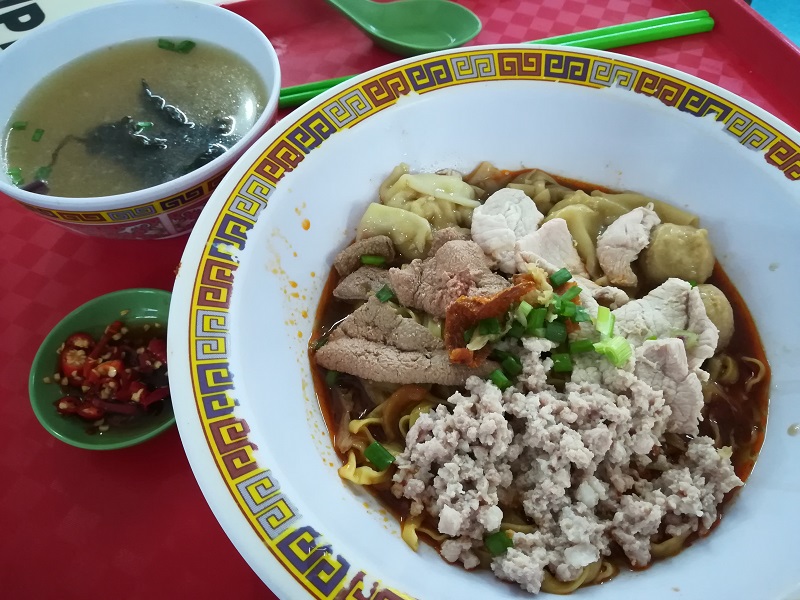 There are many Michelin star places which I would never visit a second time. This isn’t one of them. I would come here when I’m in Singapore again coz the pork noodles are really good. I regretted ordering the SGD 8 medium sized bowl. I’ll go for a large next time. 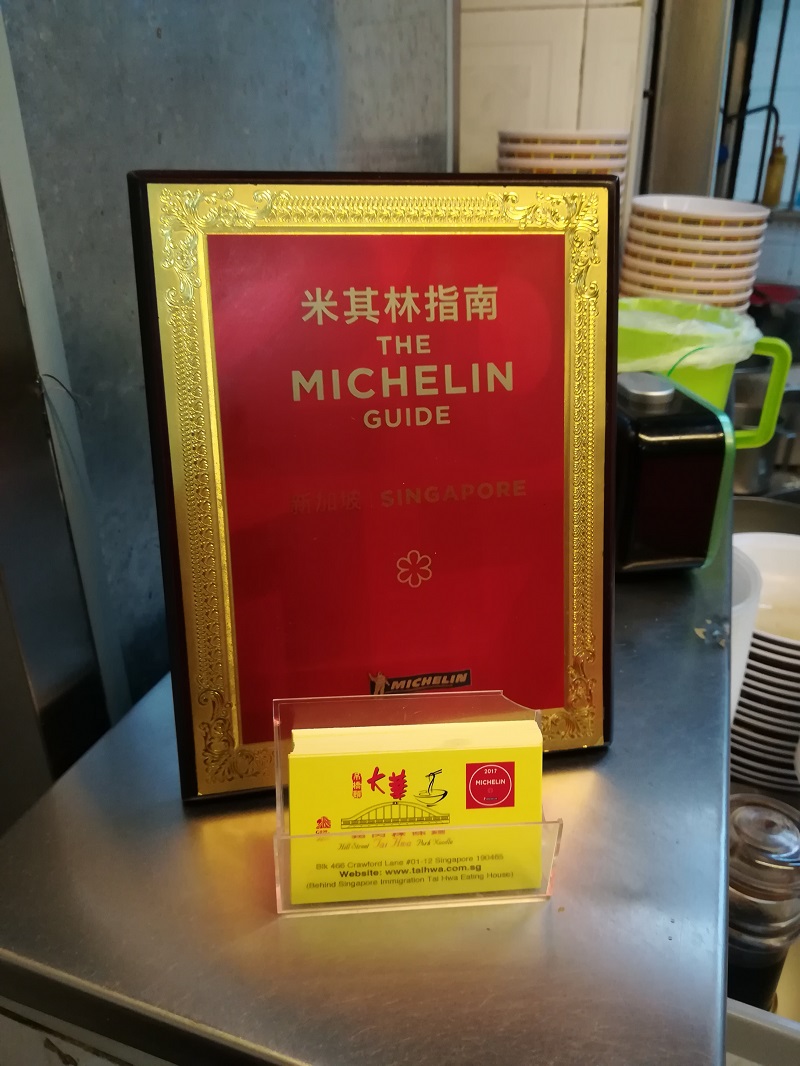