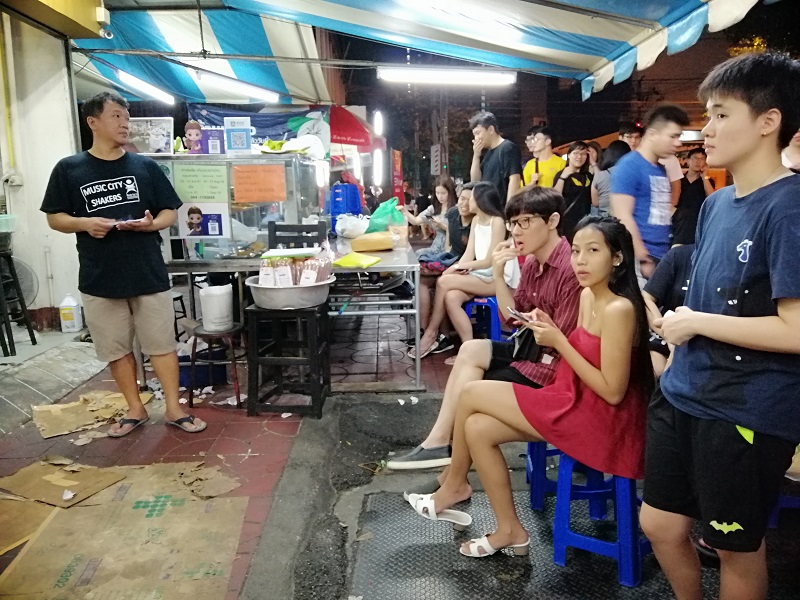 Bib Gourmand instant noodles? You betcha! This is the immensely famous Jeh O Chula (written in Michelin Guide as Jay Oh) with queues almost as legendary as Raan Jay Fai. I had the misfortune of dropping by without a reservation and the girl there told me it’ll be a 2 hour wait minimum. I had come from the dubious entertainment district Nana Plaza (claiming to be The World’s Largest Adult Playground) where I indulged in 7 beers and the company of questionable women. I also had dinner at Upstairs at Mikkeler prior to that, so I was still quite full. 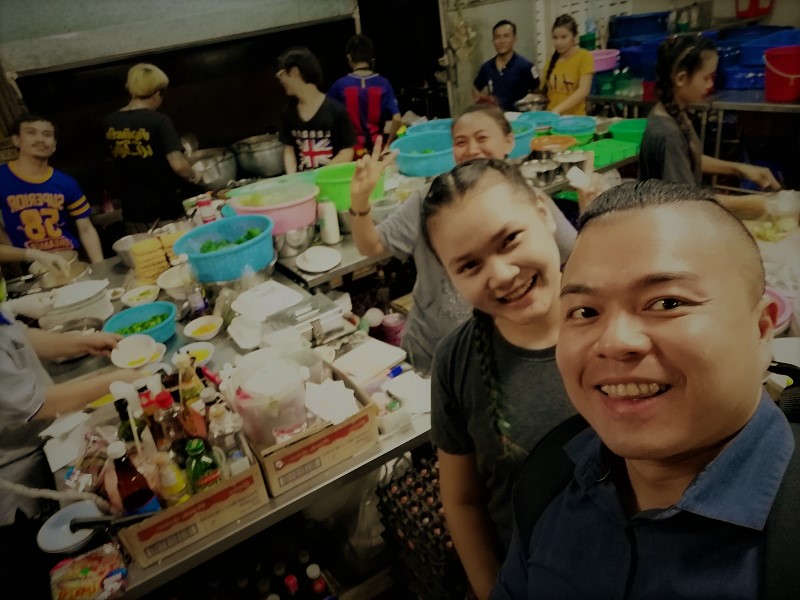 Jeh O Chula is a surprisingly spacious restaurant with a huge kitchen churning out bowls and bowls of Mama noodles. I imagine such a fast-paced kitchen would have harried staff but they’re all really friendly. The ones closest to me posed when they saw me snapping a photo so I took a selfie with them. It’s like an assembly line of instant noodles to feed the appetite of the masses seated outside. 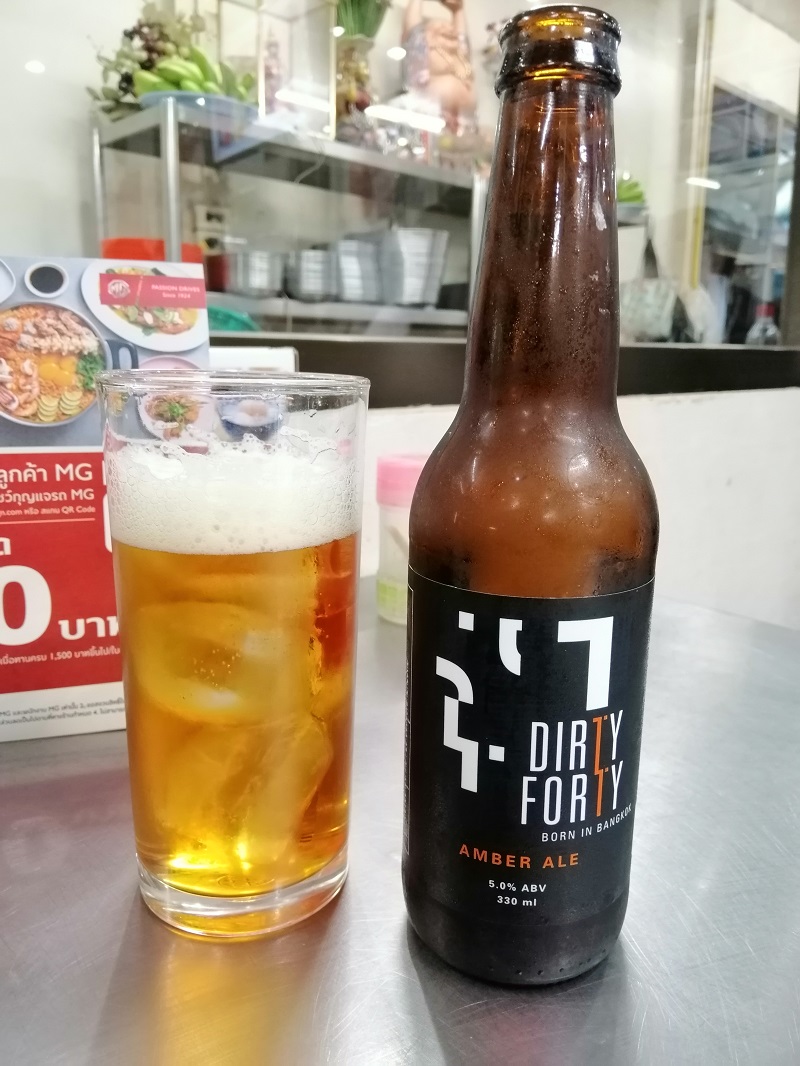 It seemed inadvisable to order another beer after a huge dinner followed by a drinking session with unfamiliar women at a go go bar. My stomach was almost at capacity and I wondered if I would be able to finish all the food. I decided to try. This is Dirty Forty Amber Ale (160 baht) – a beer brewed in Perth, Australia but conceived in Bangkok. I drank it with delicious, refreshing ice. Don’t judge me bro, it was hot outside and I have been waiting for a long time. 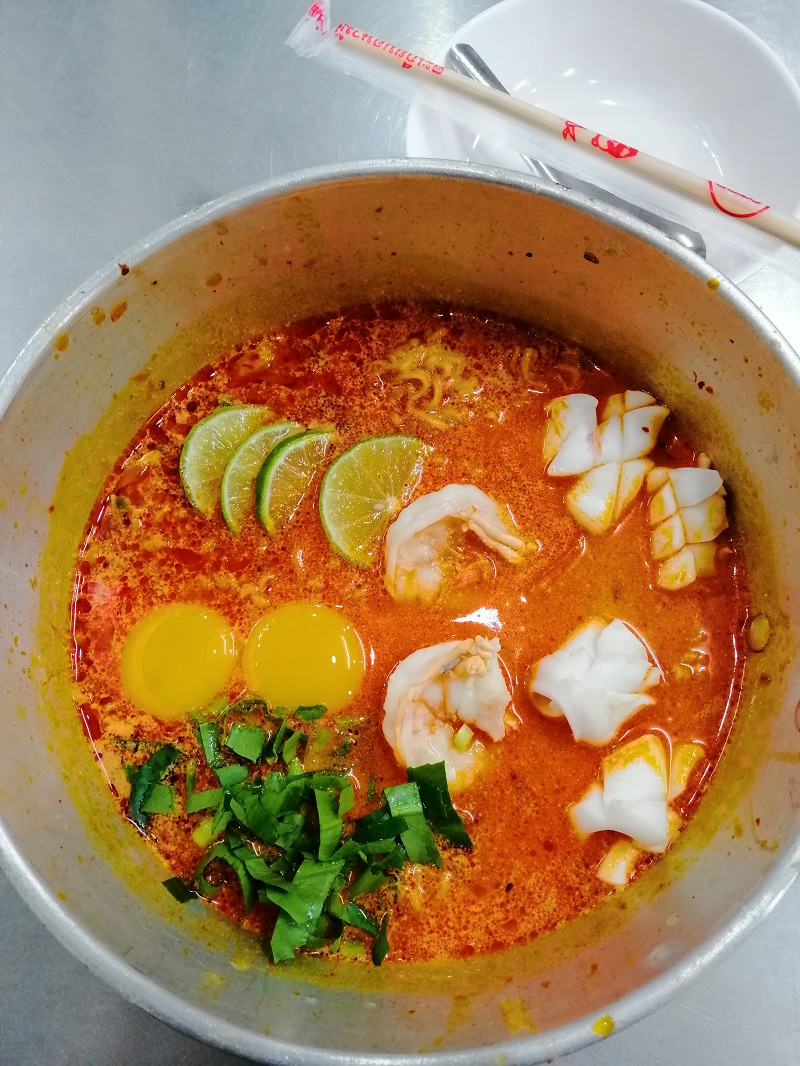 This is their famous Mama tom yam instant noodles with seafood. It’s a huge portion with 3-4 packets of Mama noodles inside. Jeh O Chula’s signature dish is tom yam soup and they use their homemade tom yam soup instead of the flavor packets in Mama, which is what makes this so good. There’s tons of prawn and squid and the noodles are crowned with 2 raw eggs, which adds a wonderfully creamy flavor and cools down the noodles. 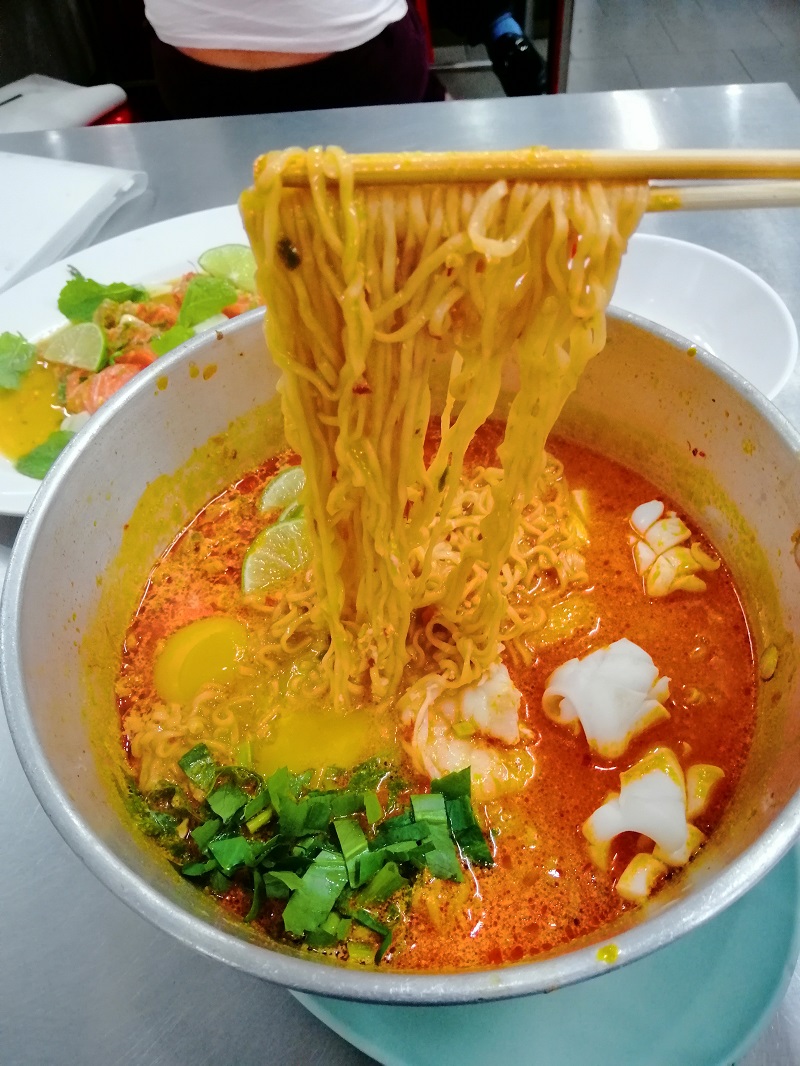 I immediately copied this idea for my cheat meals and I’ve been eating instant noodles with raw eggs since. Jeh O Chula has a beautiful tom yam soup base – it’s spicy and sour and hits all the right notes in whetting my appetite. I told the server I can handle very spicy food, Thai spicy, and this one delivered that in spades. It was almost too spicy but I loved it. I loved it so much I scarfed everything down, even though I was dangerously close to puking from the sheer amount of food. 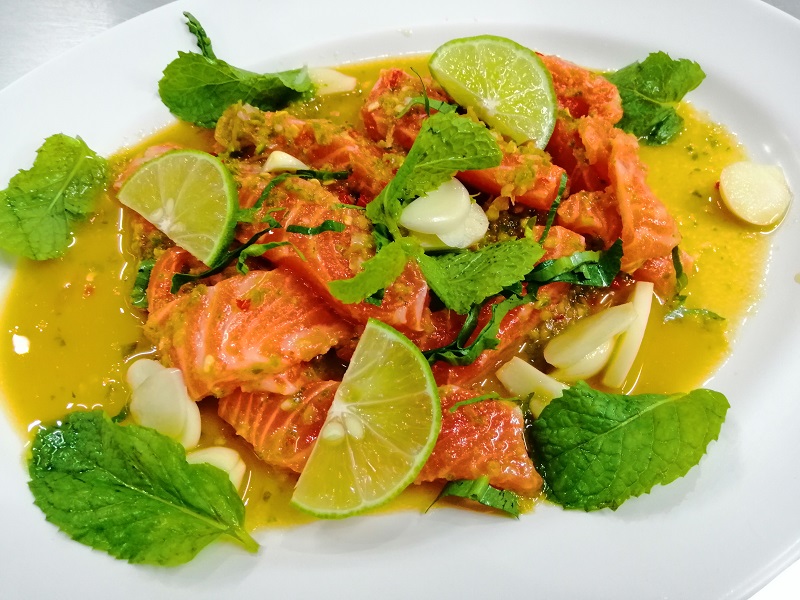 I also ordered a side of their wonderful Thai style salmon sashimi. This is like a ceviche or umai – there is an acidic liquid made with lime that cures the salmon. It’s not entirely cured though, most of it is still raw. It sounds simple but the alchemy that goes into the ingredients produces such a delicious bowl of fresh seafood. This dish is out of control! The addition of mint and raw garlic kicks up the flavor by a few notches! I love it! Not to be missed. 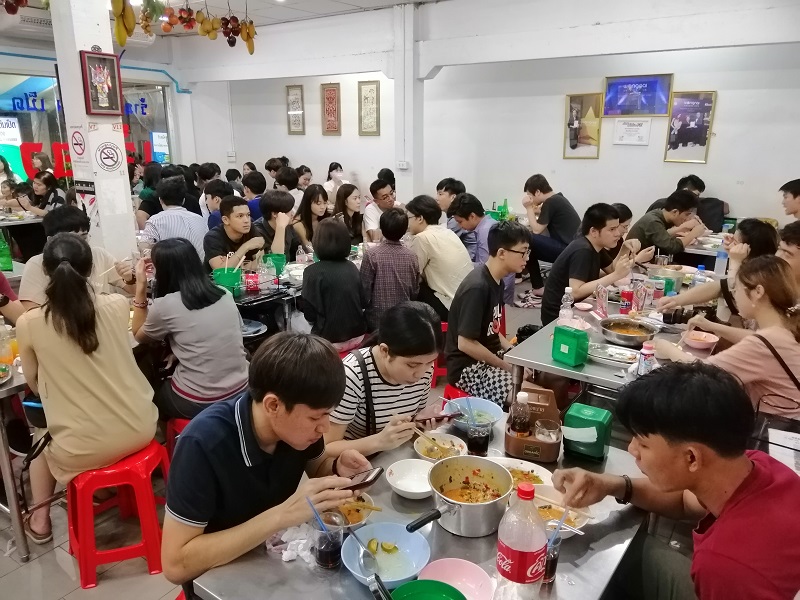 I was so enamored by everything that I contemplated declaring Jeh O Chula as my top destination this trip. That would be exceedingly unfair to Gaggan and probably the beer talking so I’ll just say it’s the best comfort food I’ve ever had. I highly recommend their awesome Mama tom yam noodles and their insanely good Thai style salmon sashimi. Do note that Jeh O Chula only starts serving their famous Mama noodles after 11 pm. They have standard khao tom (congee) with cooked dishes before that. Visiting Jeh O Chula late at night for supper is something you must do when you’re in Bangkok. I can’t recommend it enough.