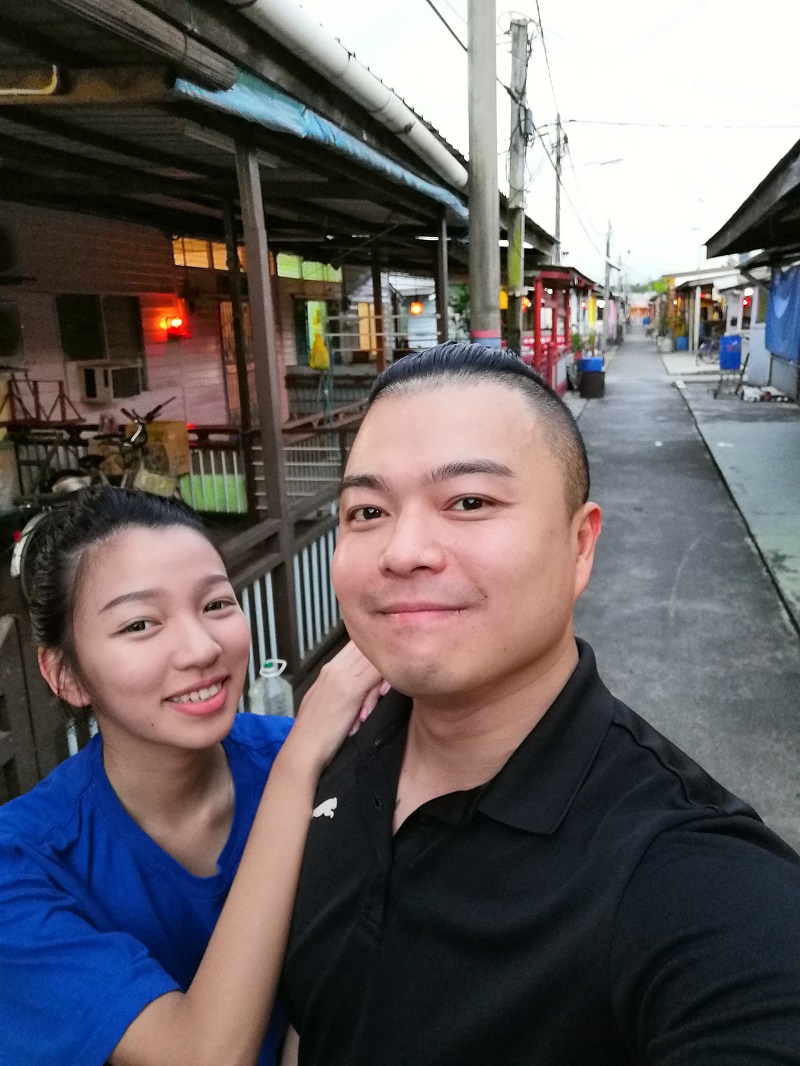 My housemate Mandy and I decided to make an impromptu trip to Pulau Ketam over the weekend. She’ll be moving out this week so it’ll be a fun thing to do together. I’ve never been here but I’ve heard a lot about the idyllic small town vibe and I really enjoy places like these. I come from a smaller town myself and I like visiting even more rural places like Kapit or Sarikei. 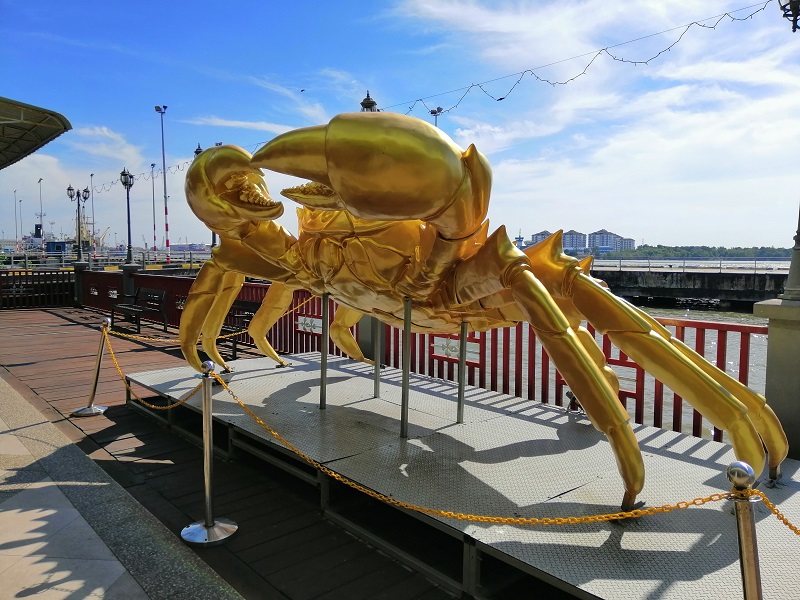 Pulau Ketam is only accessible by boat. It’s a 20-30 minute trip from Port Klang and the ferries and boats usually charge around RM 9-10 per pax. I saw a few souvenir Pulau Ketam tee shirts at the jetty and assumed they’ll be more at the island itself but surprisingly, no one sells them at the island. Haha. I actually wanted to get one. 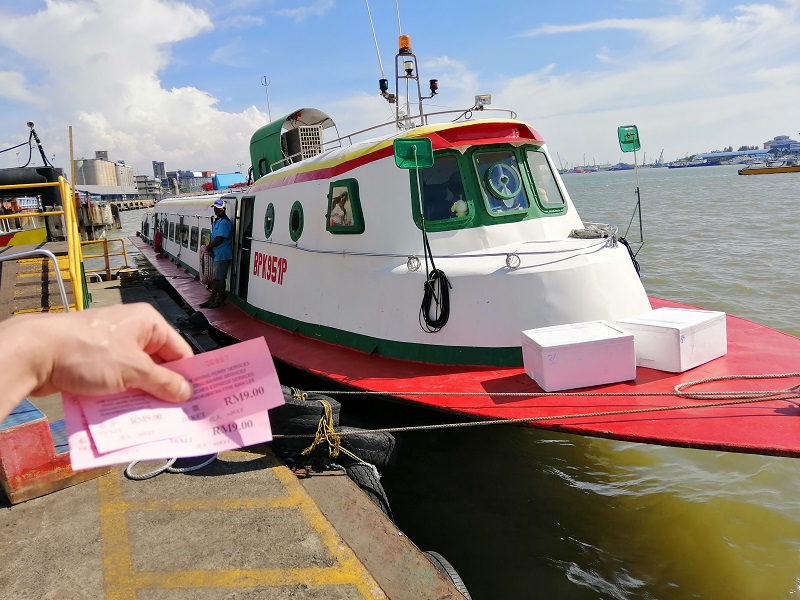 The boats are the same express boats that we have in Sarawak. A lot of our rural towns are only reachable via the river so boats are a major mode of transportation there. 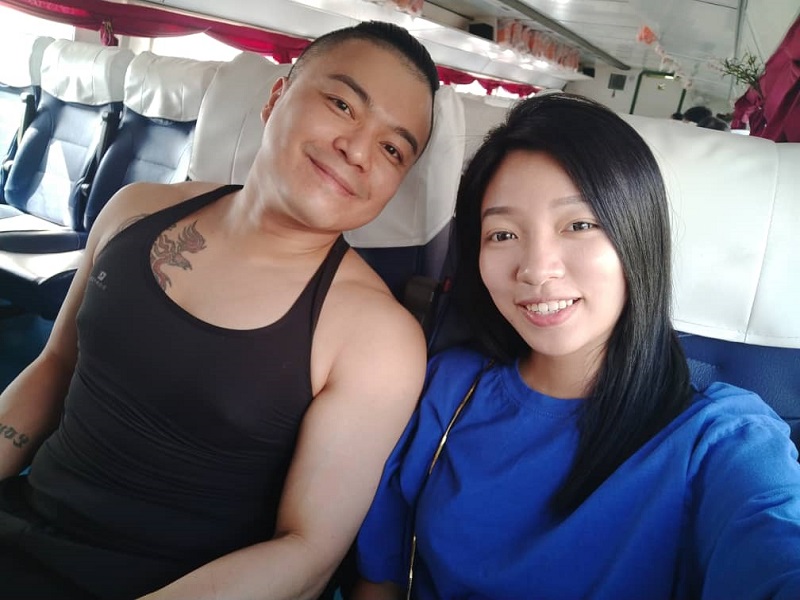 These boats are air-conditioned and leaves every 45 minutes. There’s another type that’s open to the elements but much faster for RM 1 more. We took the other kind back. 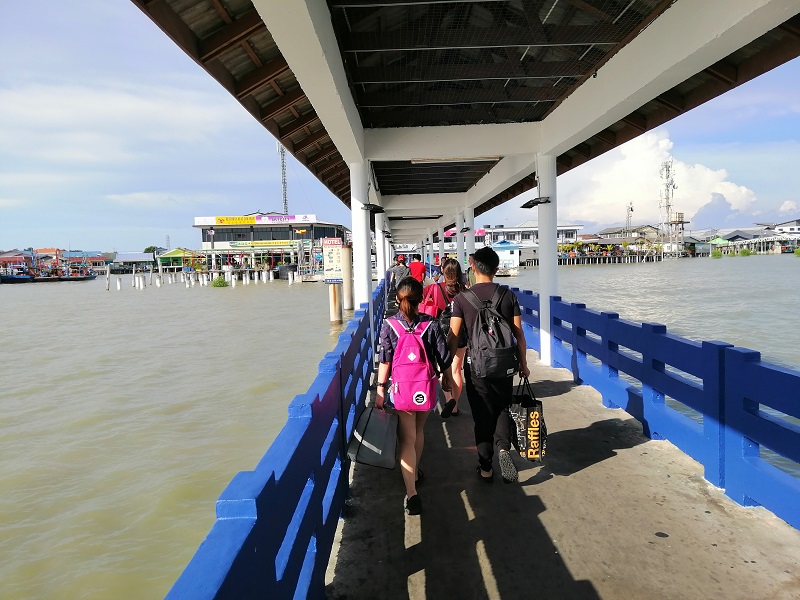 This is the view from the Pulau Ketam jetty. It’s not a very big island and most of the commercial areas are concentrated in the middle. 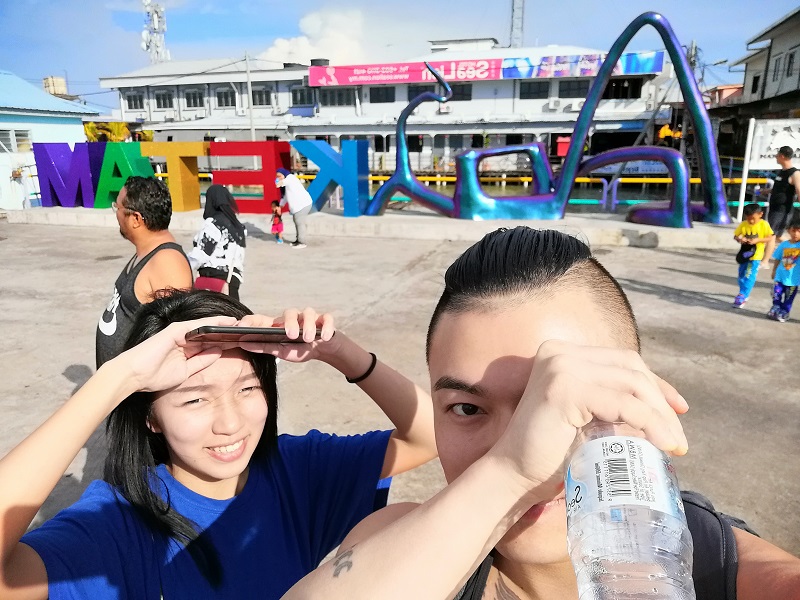 It was an exceedingly hot day and I have gotten more sun in the past weekend than the previous 10 years of my life. I’m sunburnt and peeling right now despite applying liberal amounts of SPF 50+ sunscreen. 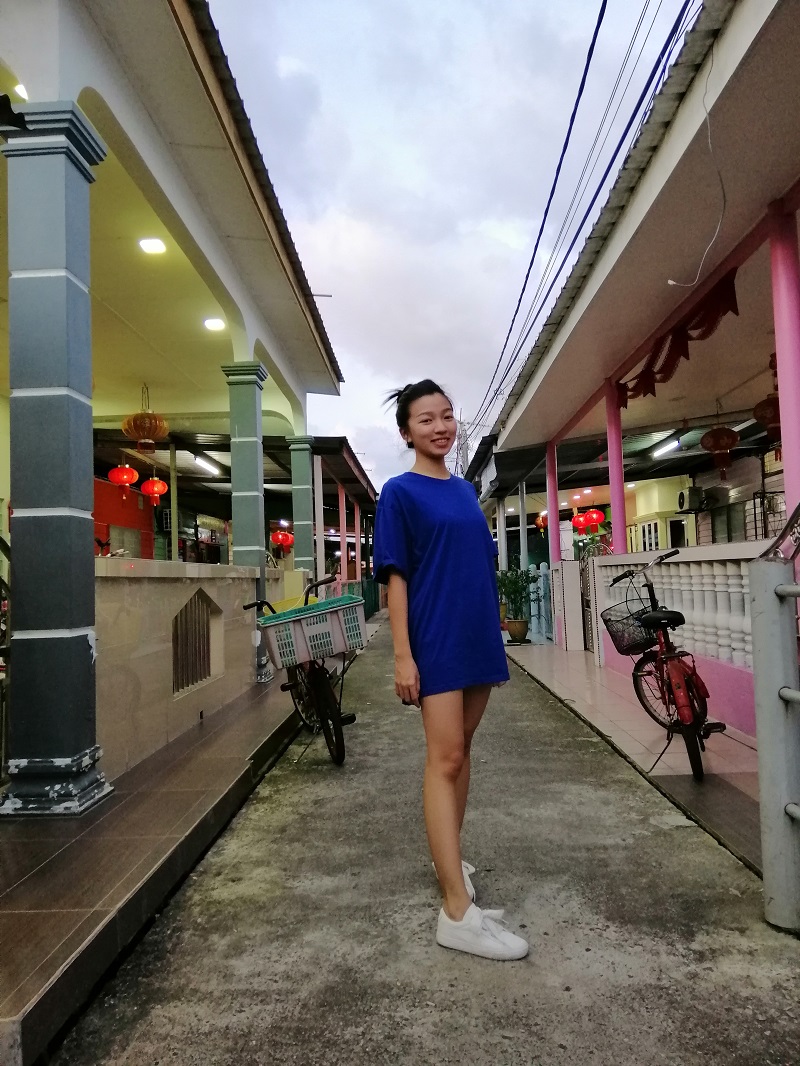 We stayed at a homestay called Little Happiness Family. Little Happiness and Happiness Family is owned by the same people who runs Pulau Ketam Mini Market. They’re a friendly mother and son duo who gave me a RM 50 discount when they heard about the price I’m paying via Agoda. Agoda charged me RM 174 per night and they said it was more than they charge if you book direct so they refunded me RM 50. I thought that was nice of them. 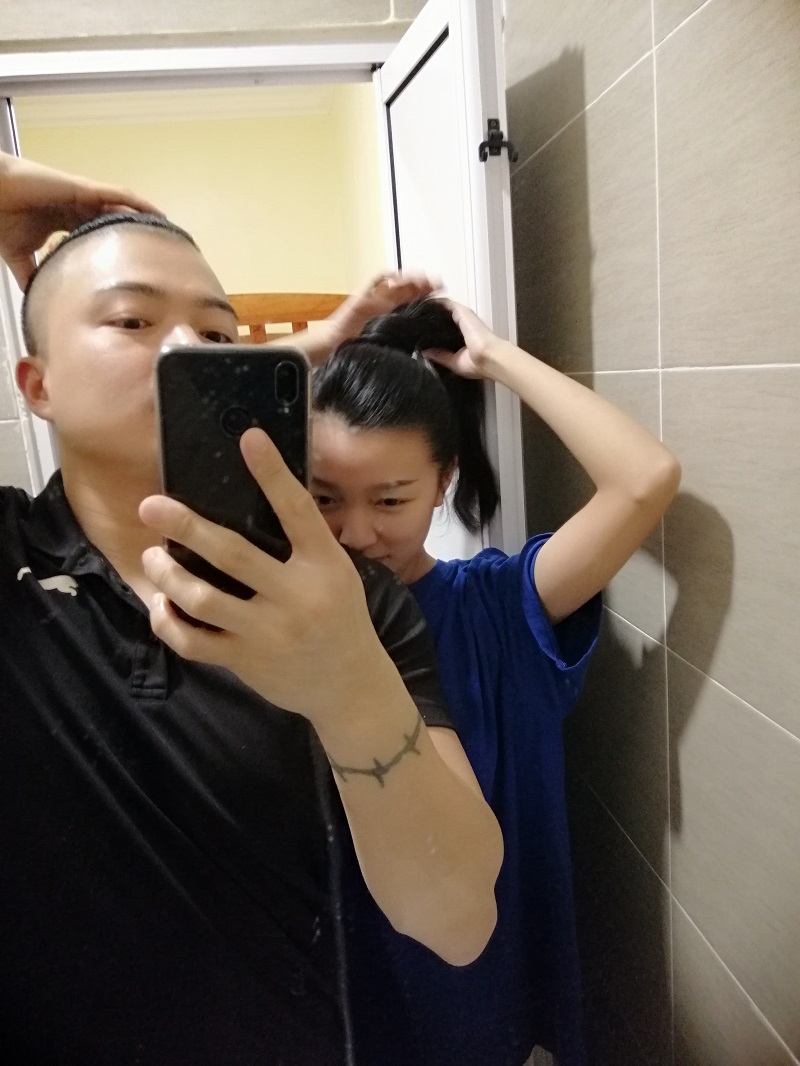 The room we booked had a large double bed and two singles in a double decker bed format. I think it’s meant for families. All the units have their own shower/toilet as well as air-conditioning. Ours had a window with a view of the back too! 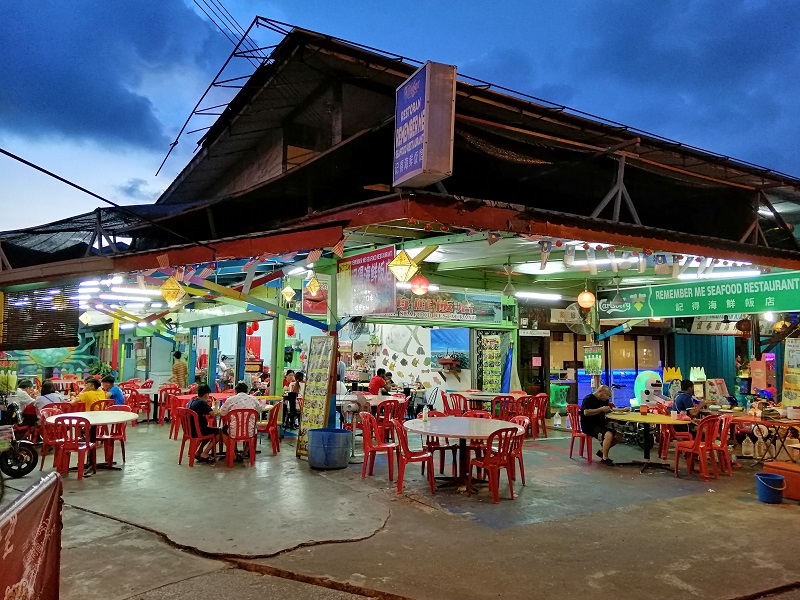 Our hosts recommended a place called Jia Jia for seafood but it was closed for Winter Solstice Festival. We went to the most famous one in Pulau Ketam instead – Remember Me Restaurant. 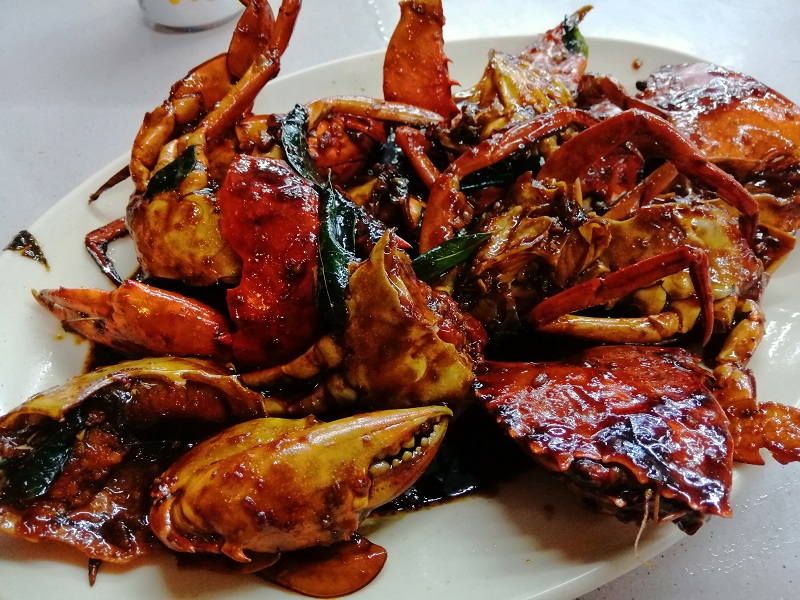 Crabs are a must! This is Kam Heong Crabs. It’s RM 68 per kg. This is slightly more than 1 kg for RM 78. It’s not bad but I’m actually not a huge fan of crabs, mostly coz I don’t enjoy deshelling them. I like huge crabs like Alaskan King Crab though. To clarify, I love the taste of crab, I just don’t like picking at them and getting bits of shell in my mouth. 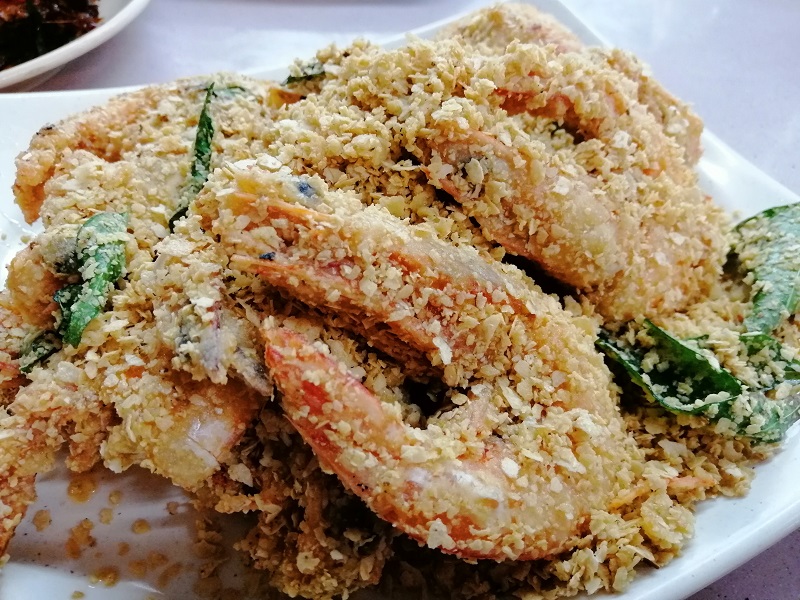 We also had Nestum Prawns (RM 38). These are pretty good and they’re fried to a crisp so you can eat the whole prawn without peeling, even the head! I had someone to peel the prawns for me though. Hehe. 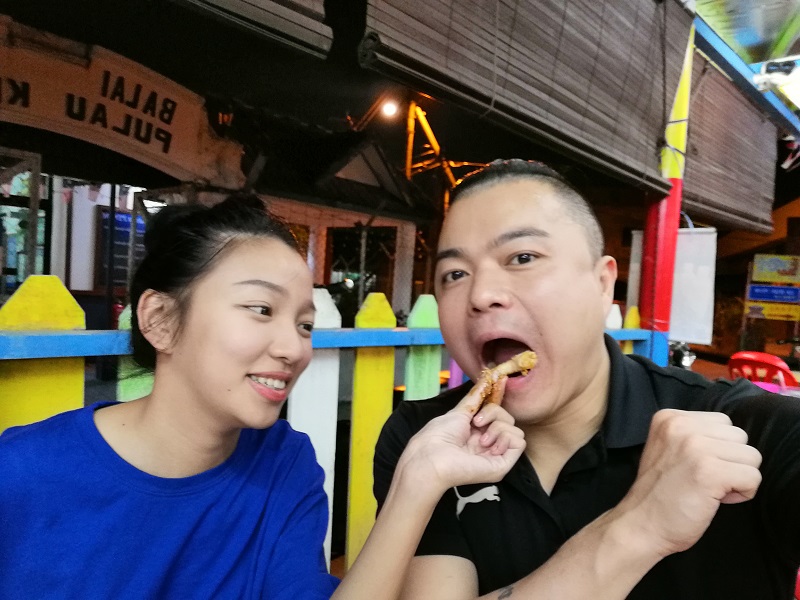 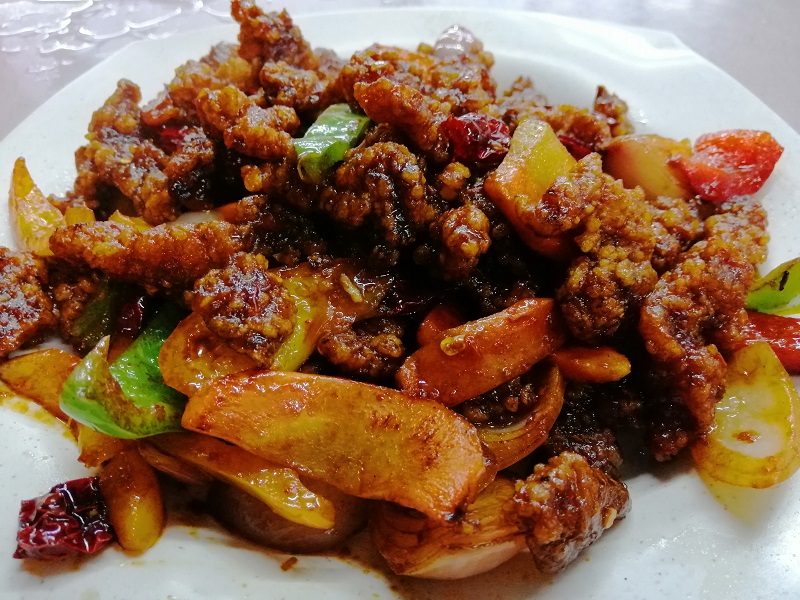 I also added on Kung Pow Mantis Prawn (RM 26). This are not fresh ones, obviously. It’s the frozen and pre-battered type that’s mass produced and sold everywhere from Langkawi to KL. Not my favorite. 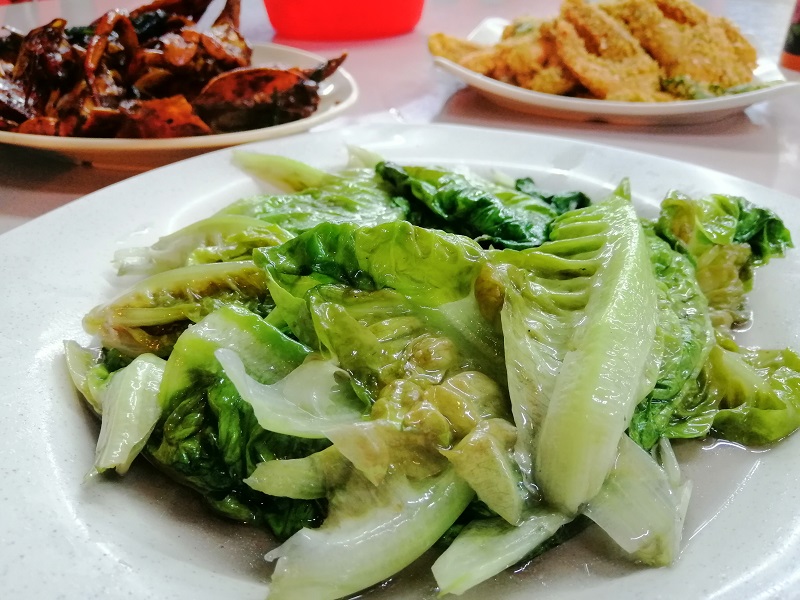 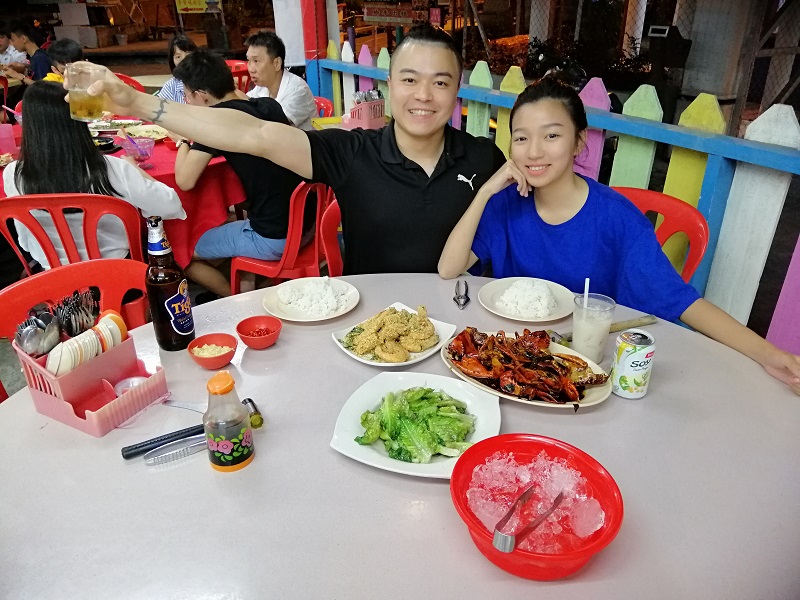 The bill came up to RM 180 for 2 pax including drinks and beer, which is around the price you’ll expect to pay in PJ too. Not bad, but I’m keen to try Jia Jia next time since it was not only recommended by our homestay, a random aunty selling snacks in the furthest habituated edges of Pulau Ketam also told us about it. 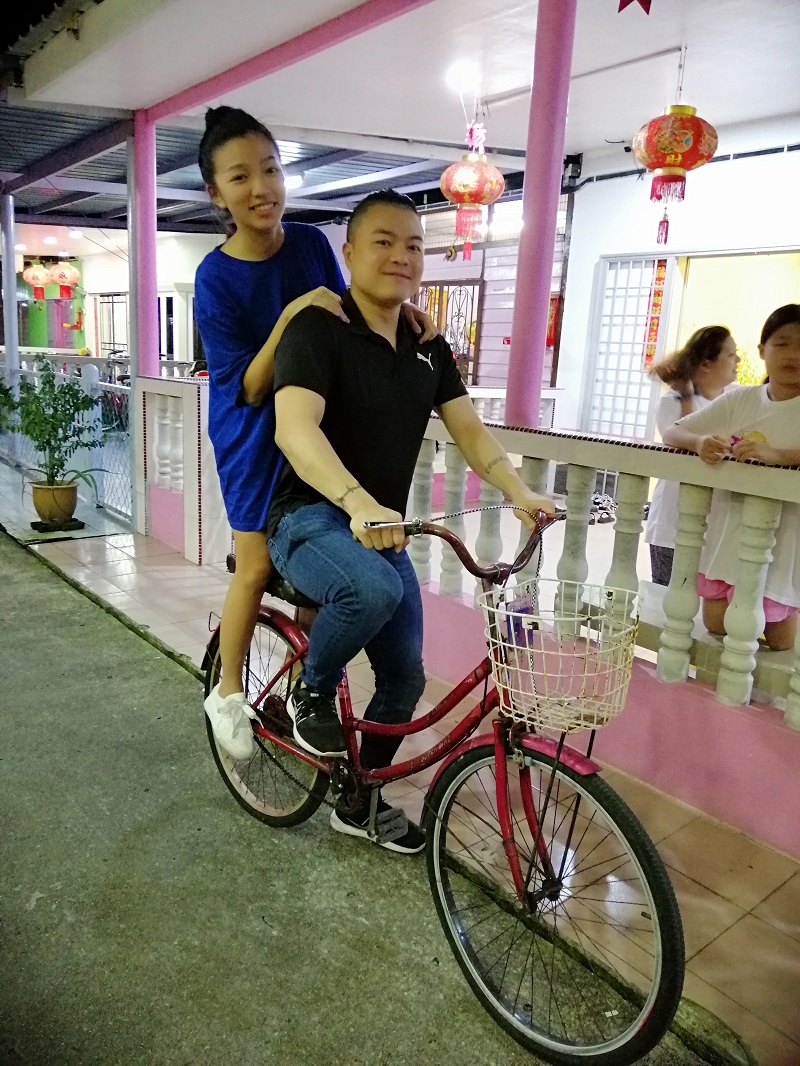 The nightlife at Pulau Ketam is pretty sparse, although we spotted an 80’s style karaoke pub and an uncle told us about a feng tau joint. Most people seem to congregate at the jetty to hang out and relax and that’s what we did too. 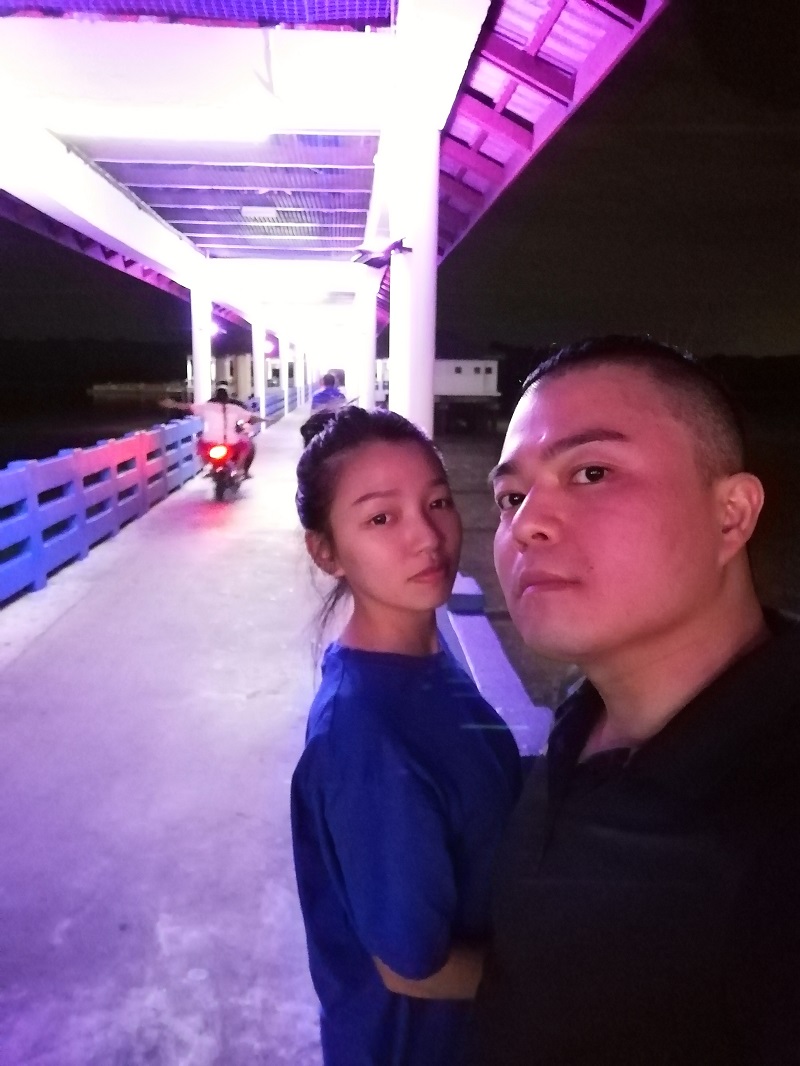 The jetty had a psychedelic strobing light which was a little out of place but kinda nice. 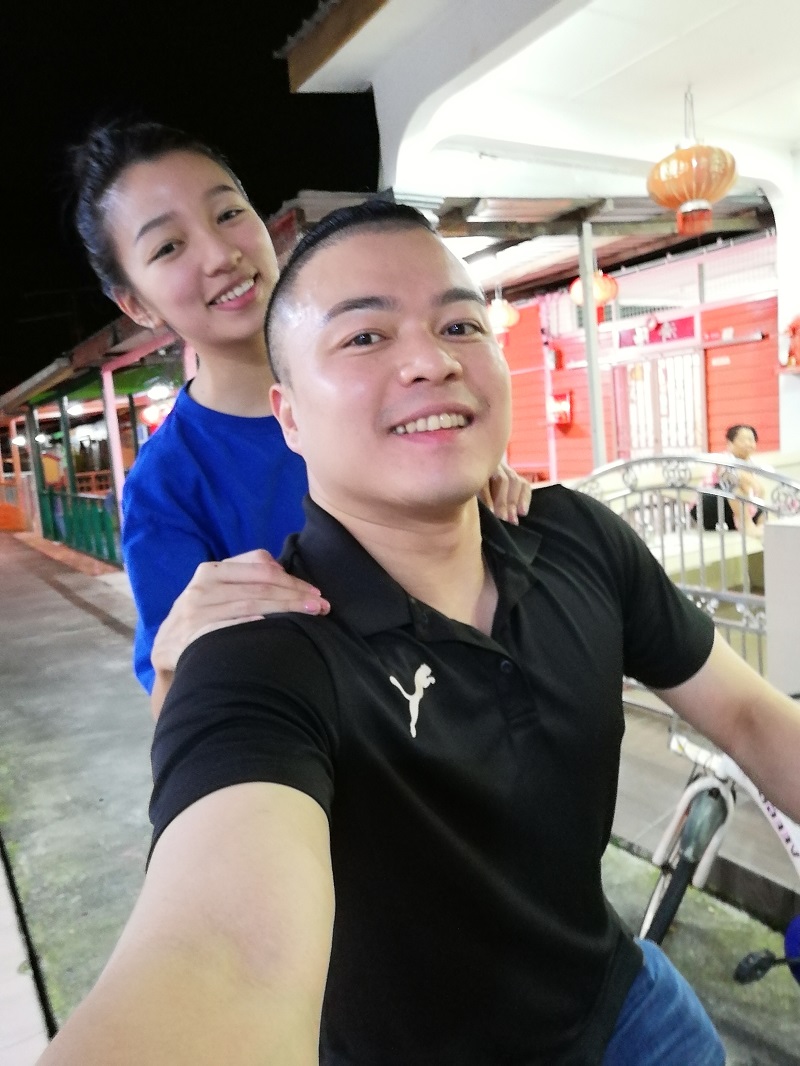 Our homestay provided bicycles but there was a huge family staying there who was about to take the last two. Mandy convinced them to let us have one of the bicycles. I should add that these are two little kids of around 6 years old or so. Hahahaha. I think their grandpa gave Mandy a look of mild disapproval. I didn’t dare to ask even though I wanted a bicycle coz they’re so small, so I’m glad she did. 😌 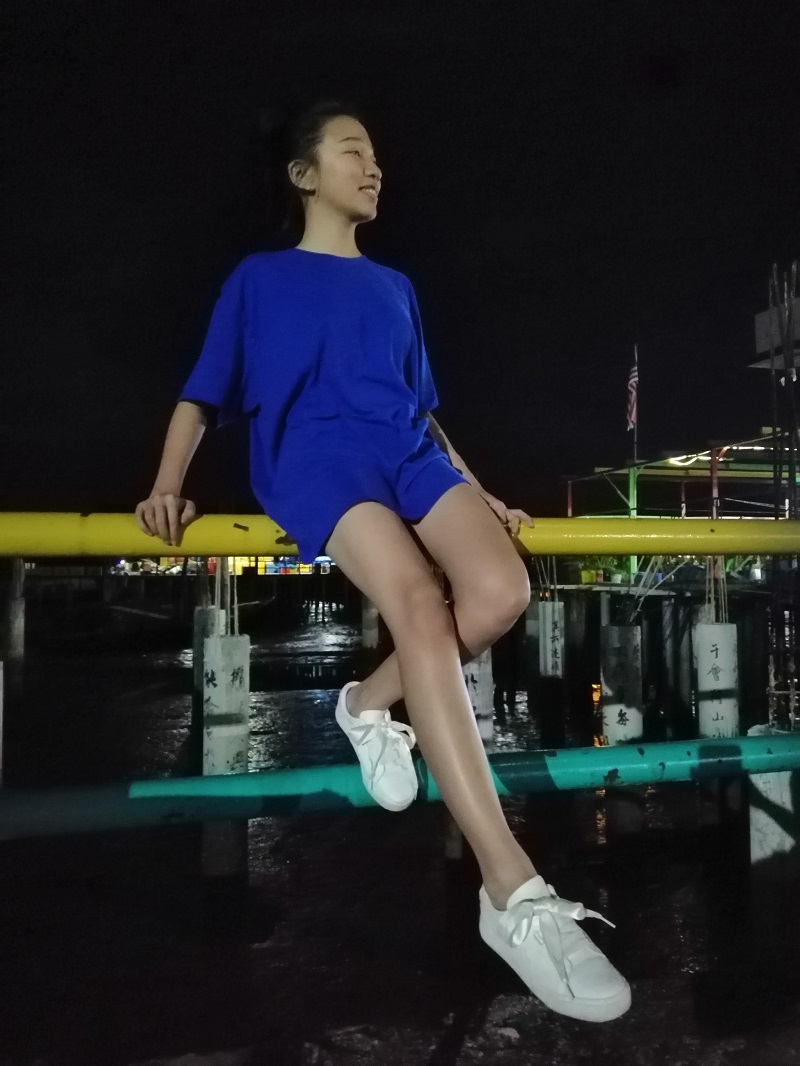 There was a cool breeze coming in from the sea and the night was bright courtesy of the full new moon. I put on some tunes on Spotify and we ended up talking and singing and riding bicycles till midnight. Good clean fun. 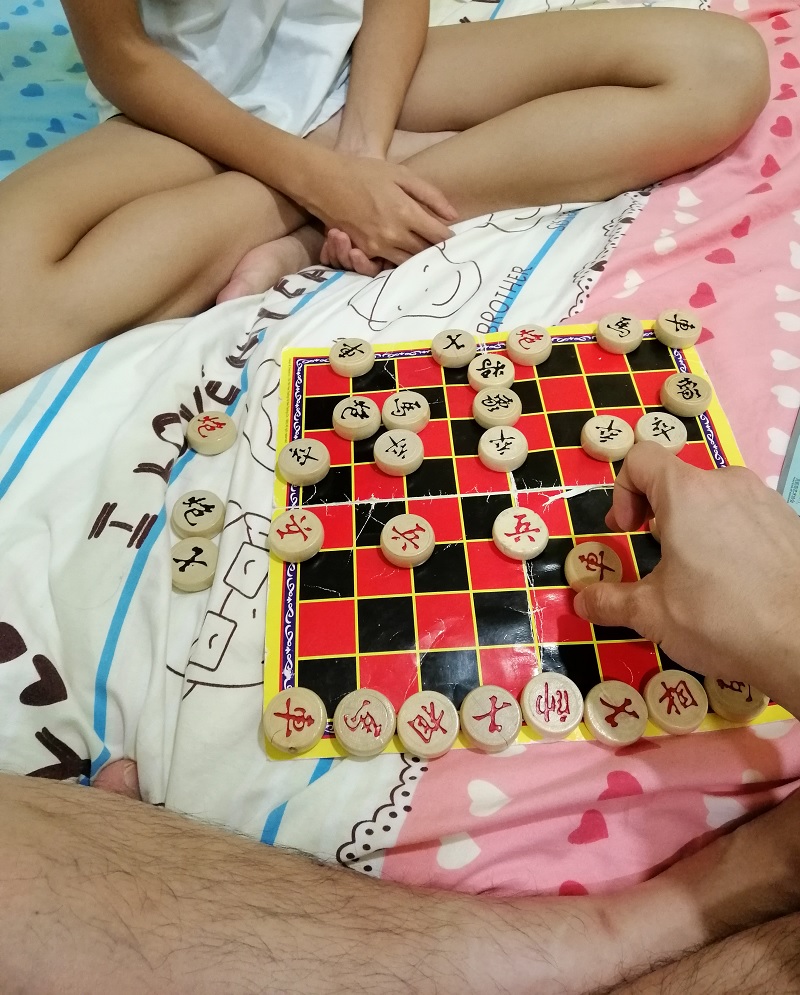 I brought along a bottle of JW Black Label and we ended up playing drunken Chinese chess in the room. We had to Google the rules and made up many of our own so it wasn’t much of a structured game but still a lot of fun. I really enjoyed myself despite being a man who prefers my own company most of the time.

1 thought on “Pulau Ketam Trip Day 1: Remember Me Restaurant, cycling under the full moon, what people do in small towns”