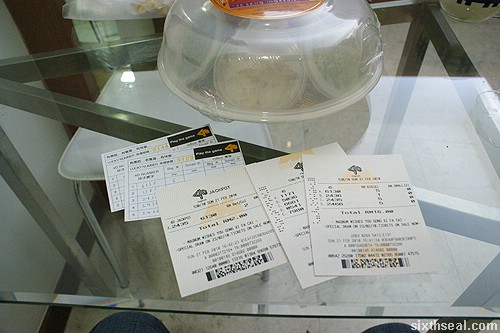 A burning urge to buy 4D overwhelmed me as I was sitting at home just now. Sunday is a draw day so I decided to get my ass out of Park and drive out to SS2. I got several numbers, including various permutations on 24XX (alas didn’t think to go for XX24).

I also went for the 4D Jackpot with two separate numbers, which obviously didn’t win the RM 28 mil grand prize. Putting it close to the yee sang dish didn’t work. >.< I didn’t even get close – those wouldn’t be the digits I would have gone for. 1065? WTF? I get low probability numbers like 6661 (triple repeating – website says last time THAT came out was in 2003).

I don’t believe in stuff like this but according to the gurus behind numerology, 6661 is the dream symbol for… 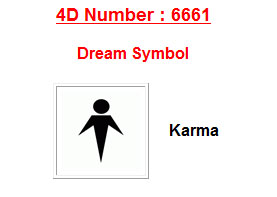