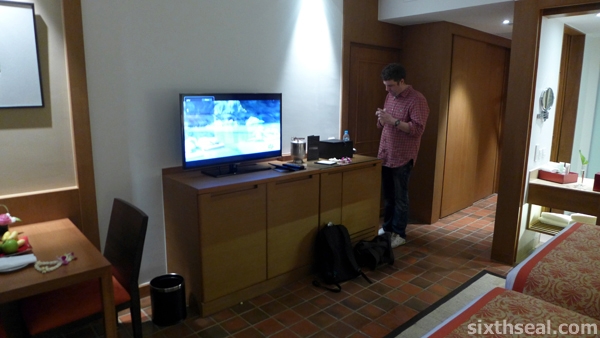 I remember very vividly the first night I was in Phuket a couple of weeks ago. My buddy Marco kept insisting that there were mosquitoes in the room and they were biting him. I neither heard the tell-tale buzz of a mosquito nor felt the itchiness that ensued from a bite…

….until he sprayed some anti-mosquito repellent on himself. 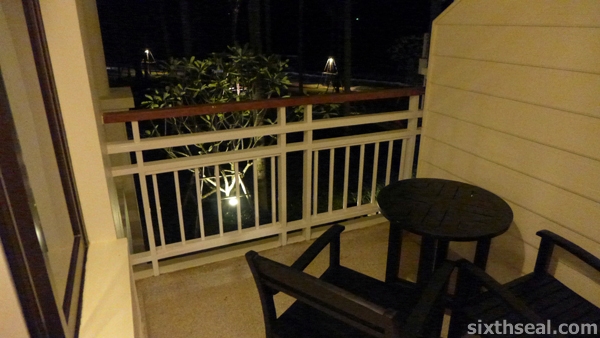 Everything changed! The moment he sprayed the personal anti-mosquito I felt all the horde of blood sucking, disease carrying critters all over me.

I had mosquito bites in places I didn’t think was possible!!!

Now, that highlights a problem with personal mosquito repellent. It only works for one person. Thus, when he passed the atomizer to me and I started spraying, the mosquitoes went back to him. He had to spray again and the buggers came over to bite me again. We were just a couple of feet apart!

It’s a lot like this video except we neither managed half the great music nor a quarter of the dance moves in our efforts at insect pest control. Haha! It’s a funny one, I’m sure everyone in Malaysia has that experience of mosquitoes before, whether just irritating or dengue related. 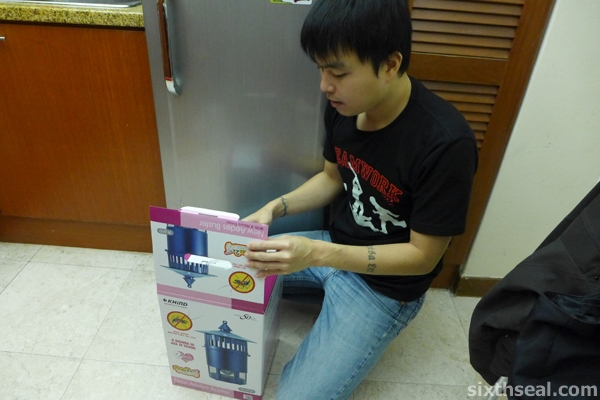 I have since discovered a wonderful contraption that allows everyone in the room to be free of the pestilence. It’s called the Khind Magic Aedes Buster and it’s the best thing since sliced bread in the arena of insect repellent technology.

My dear sleeps over sometimes and we need something that works for both of us (instead of the personal mosquito repellent that just moves the blood sucking insects back and forth). I unpacked it and assembly just takes a couple of minutes. The concept is easy – it works by mimicking the human body! 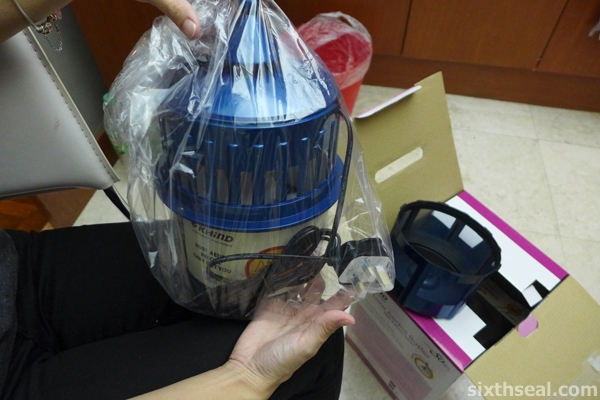 Odour
The CO2 produced by the Titanium Dioxide Coating mimics the same carbon dioxide exhaled by human beings. You can actually rub a ripe banana or it’s skin onto the exterior to enhance the scent to attract mosquitoes up to 100 feet away!
Light
The UV light attracts mosquitoes within 30 feet away.
Heat
Heat released by the UV lamps and the dark colored body of the buster mimics body warmth and lures mosquitoes within 10 feet to the buster.

What happens then is the the mosquitoes goes into the trap windows and gets directed down to the sticky mosquito collecting area where you can get it with the glue tray! 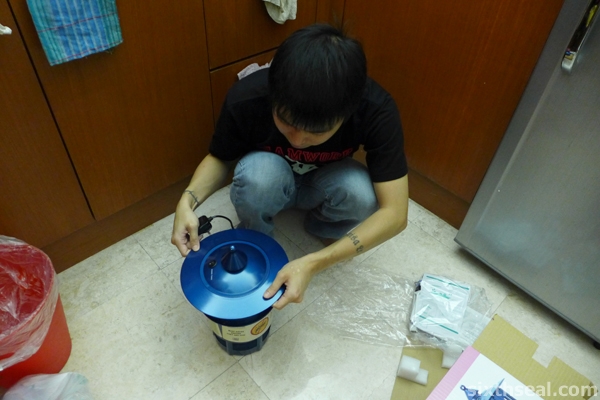 There’s also 2 x extra ultra-violet lamps and 2 x hygienic glue tray included – you only need to change the UV lights once a year if you use it 4 hours per day. There’s a timer which allows you to use switch it off after 4 hours too! 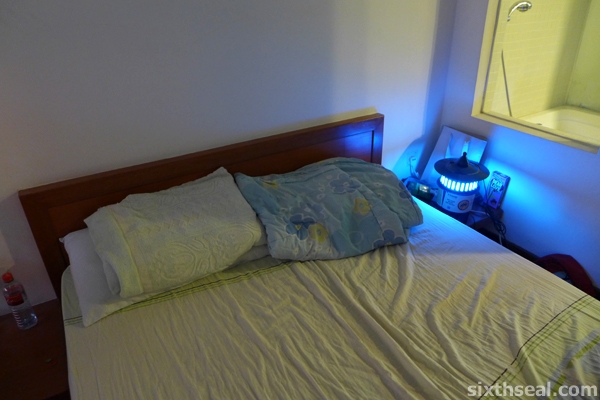 I really found it quite useful in providing restful sleep. I like how there’s already an existing pair of UV tubes inside in addition to the spare ones so it’s ready to go after placing the glue tray. I reckon it’s a lot cheaper when you calculate all the smelly insect repellent you have to spray over 2 years when compared to the Khind Magic Aedes Buster IK 610 which just retails for RM 132!

I’ve got two (2) units of the Khind Magic Aedes Buster IK 610 to give away! Just leave a comment with an anecdote on the worst mosquito bite experience you have and two of the most creative answers will fear mosquitoes no more!

You must be able to pick the Khind Magic Aedes Buster IK610 from KL. 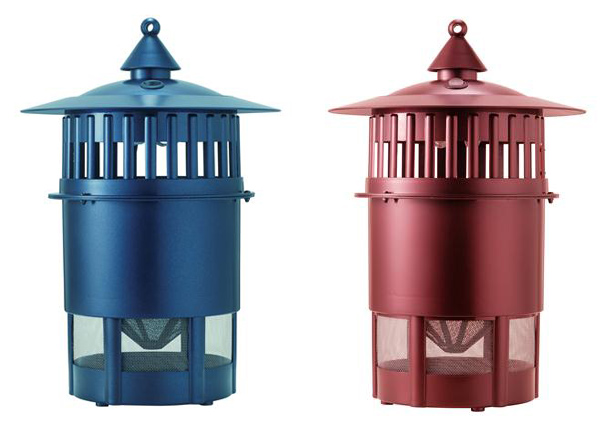 The winners will need to require to provide their details upon being selected. It’s just that simple! I’ve been using it and lovin’ it so far so it was nice of the folks from Khind to provide 2 additional Khind Magic Aedes Buster IK 610 to giveaway to my readers! 🙂 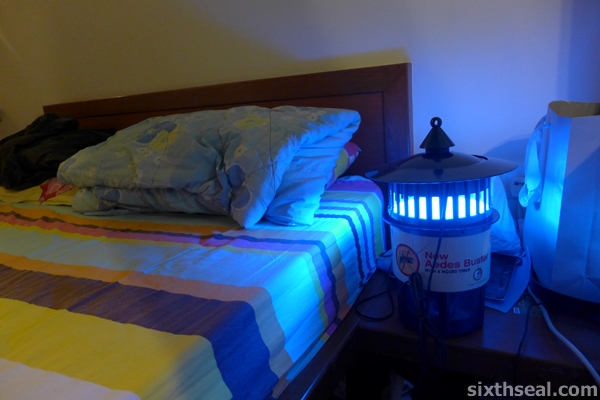 It comes in dark blue and maroon and there’s a 2 year warranty to boot. You can also go to the Khind Facebook page for their contest in addition to the two units I’m giving out on sixthseal.com. Just be sure to place it 3 feet off the ground and 10 feet away from you for best results! You want the mosquitoes to think it’s the human body, not you. 🙂