Important announcement: I have Tim Tams from Australia. This probably means it’ll all be gone in a minute. 😉 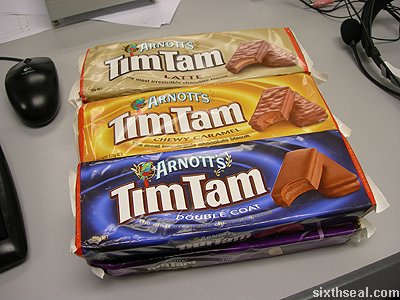 It’s truly earned the moniker “The most irresistible chocolate biscuit“. 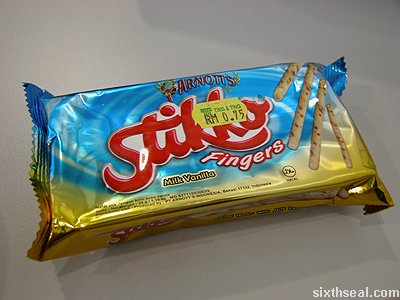 This is Arnott’s Stikko Fingers. It’s great for the times you don’t have time to eat. 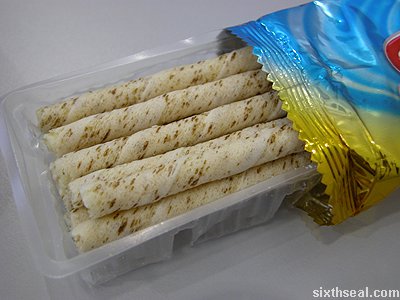 I got this from Penny, one of my coworkers. It’s milk vanilla wafer
sticks. I’ve been running around the whole day, and I’m off to another
appointment. Food for people on the go, indeed. 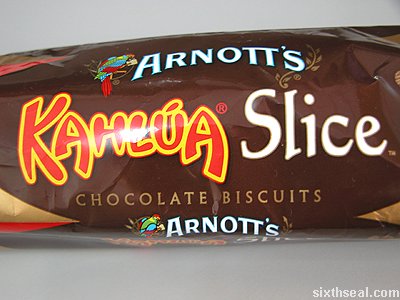 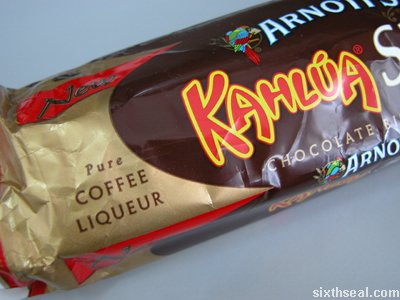 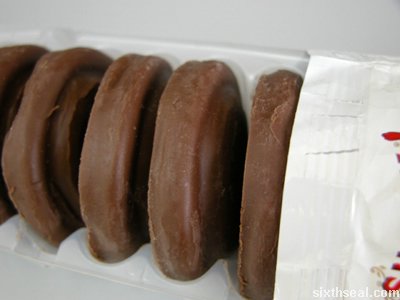 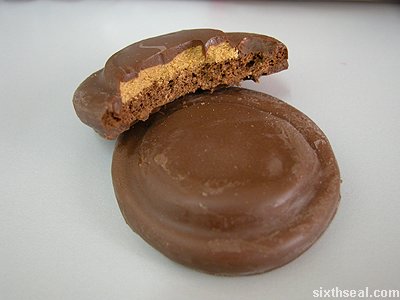