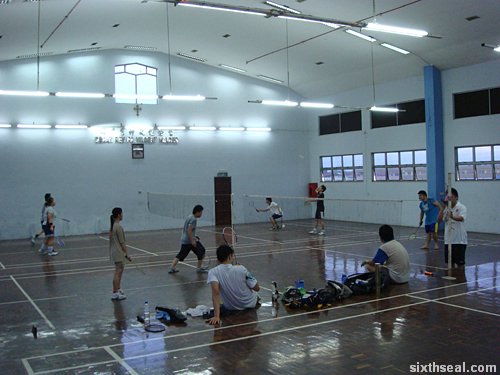 I went for a game of badminton after nearly 2 years of a sedentary lifestyle (except for the occasional swim). It was at the badminton court at Eden Inn where we booked a 2 hour slot. I was playing with 3 other people in mixed doubles and I was totally bushed at the end of the time slot. 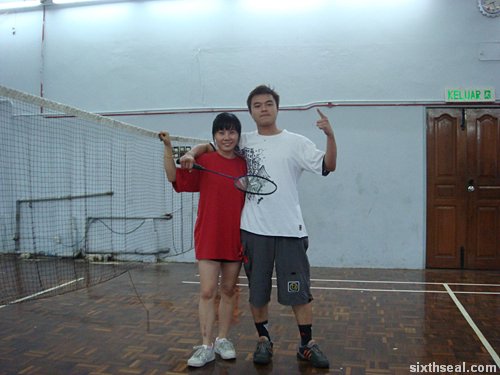 I started up in high spirits, with Faye as my partner. She’s a much better player than I am, despite my regular sessions in two of the three drug rehab centers that I’ve been in where badminton is one of the scheduled sports activities. 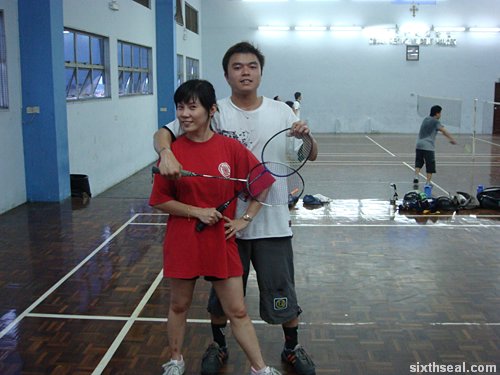 The first game went in our favor, thanks to Faye who caught the far court landings while I took care of the net balls (lacking in stamina lar, so I had to conserve a little). My heart rate was skyrocketing after the first game and I had aches and sores all over my body (which I’m feeling even more today). 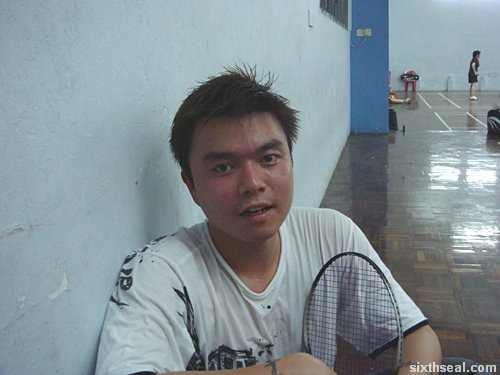 This is what I looked like after the end of the 2 hour session. Luput (Malay for half dead) is the word. 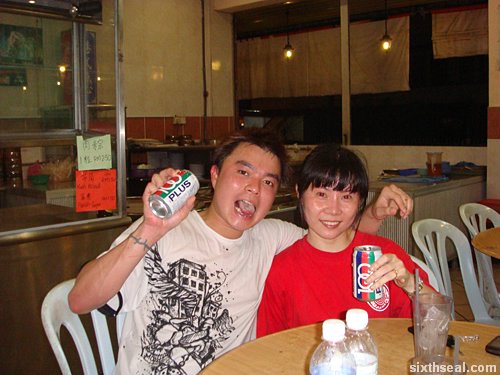 It was good though, getting some exercise to get the metabolism rate going. I felt much better after consuming copious amounts of 100 Plus (an isotonic drink). I would prefer swimming but the competitive element inherent in badminton and other team sports can be fun too.