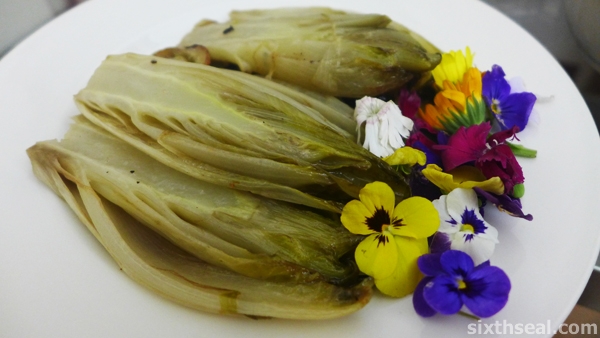 I’ve never seen Belgium endives in Malaysia until recently. The Belgium endive is a dish I first sampled in Latvia during my second Europe backpacking trip two years ago. It didn’t look like much to me but I was told it’s good (couldn’t read anything coz Latvia doesn’t use a lot of English) so I ate it. It tasted better than it looks. 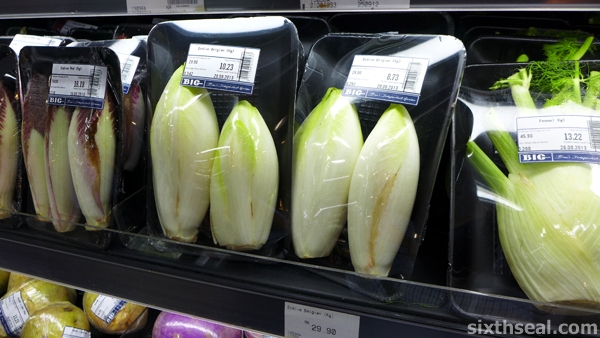 I was out shopping with my better half when I came across this bitter vegetable. Yes, this is one of those really bitter leafy greens but it becomes less so when cooked properly. Some people use sugar in their recipe but I decided to recreate the dish without that at home. 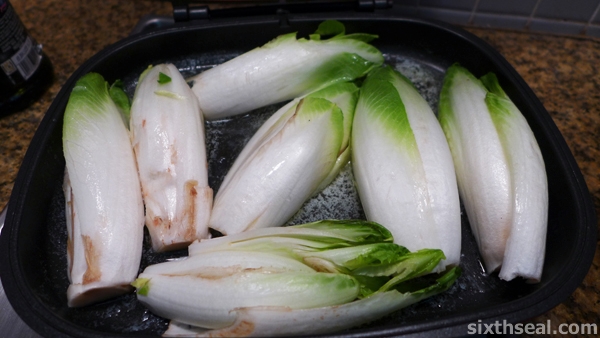 I bought a couple of packs of Belgium endives – enough for two people. Belgium endives retails for RM 29.90 per kg so it cost me RM 18 just for 500 grams of the vegetable. It’s quite easy to prepare – the traditional recipe for braised Belgium endives uses just a few ingredients you can find in any kitchen but takes a looong time to cook.

It’s supposed to be slow cooked and that’s how I did it – took me *two hours* to braise the Belgium endives. 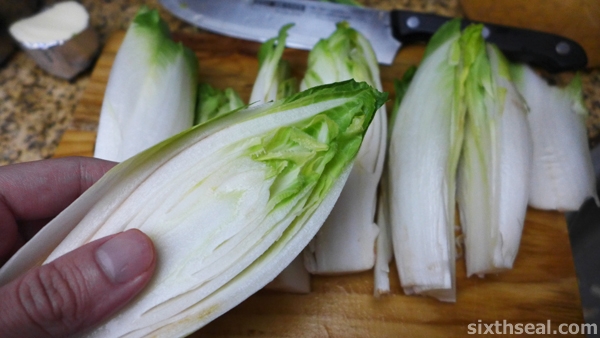 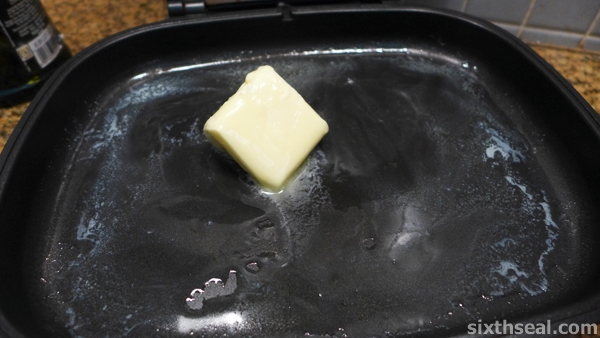 I used about 3 heaped tablespoons of butter in my recipe. I had a stick of it and cut off a nice portion and melted it slowly. Be careful not to burn it! Use really low heat. 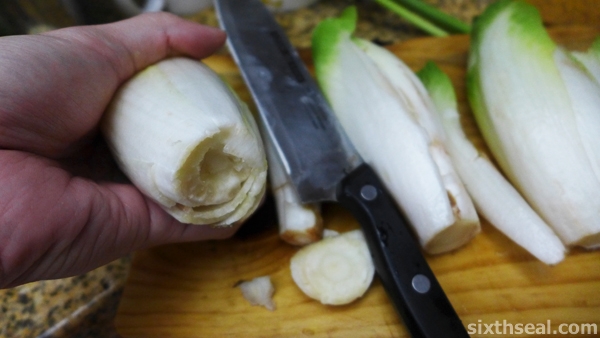 Meantime, prepare the Belgium endives by using a sharp knife to cut out a hard, fibrous core at it’s bottom. Once that’s out, you can proceed to slice it in half! 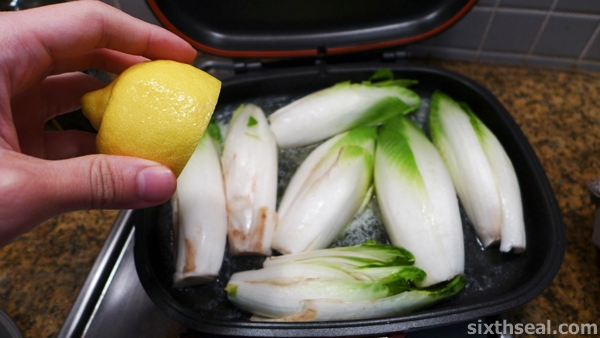 Brown the endives in the butter by putting it on a single layer with the cut side down and sprinkle salt and lemon juice over it. 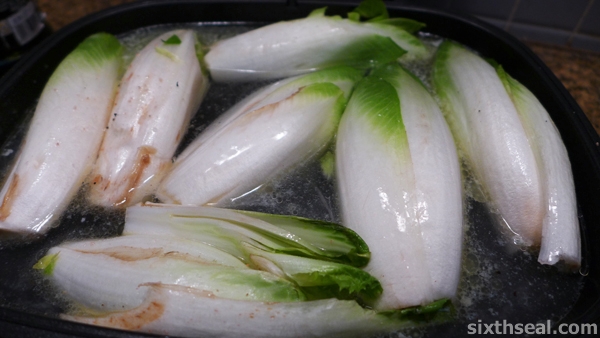 Fill up the pan until the Belgium endives are 3/4 submerged in water and proceed to braise it at low heat. 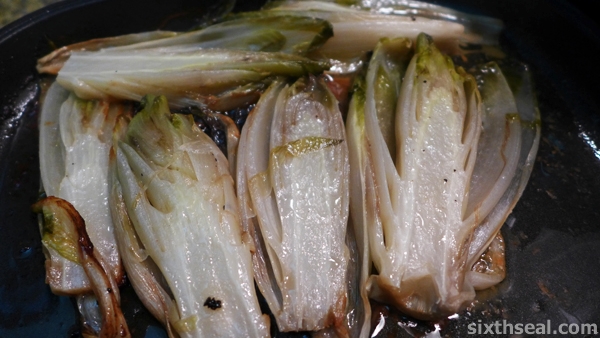 Remember to turn the endives over occasionally so both sides will be cooked! It’s done when the endives are tender and has absorbed *all* the water that was in the pan. 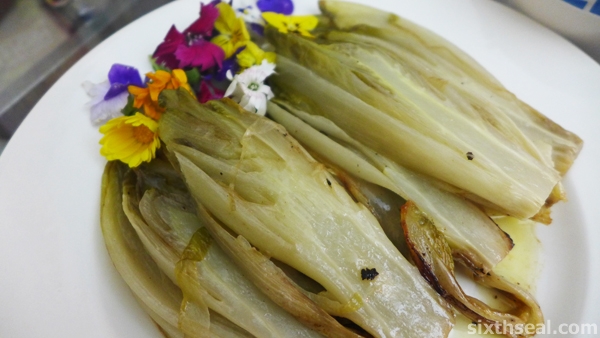 That’s all there is to it! I garnished it with some edible flowers since the dish looks a bit drab (and also coz the edible flowers provides a contrasting crisp texture to the soggy braised Belgium endives). 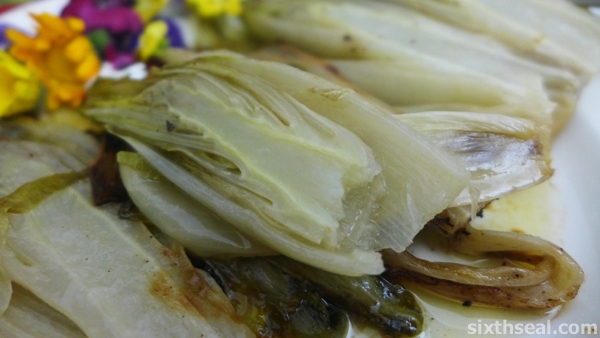 It’s not the prettiest dish around but I highly recommend it if you haven’t tried it before. I gave some of it to my dear raw (it can be eaten in salads) and it’s very bitter and braising it will reduce that intensity. She did tell me it tasted bitter and slightly burnt. I prefer the term caramelized.

Braised Belgium endives should come out tender and buttery! 🙂