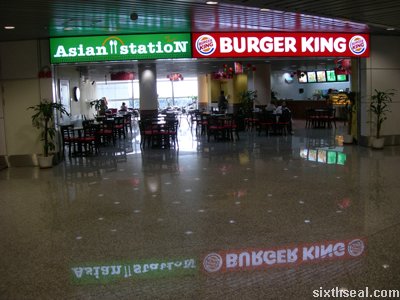 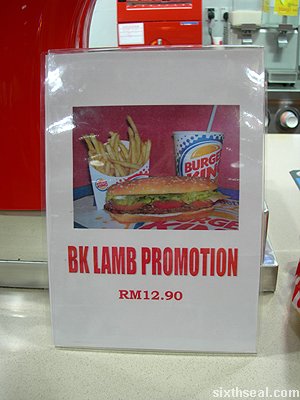 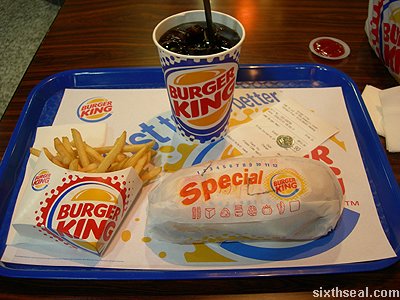 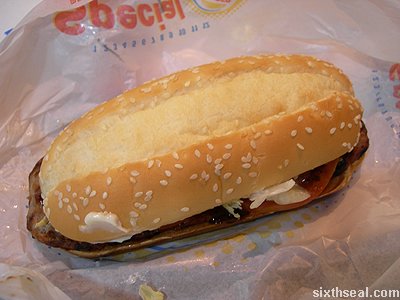 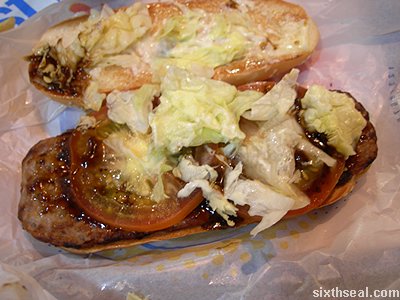 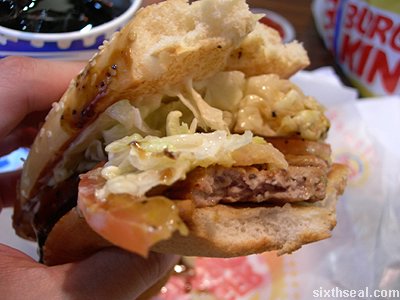 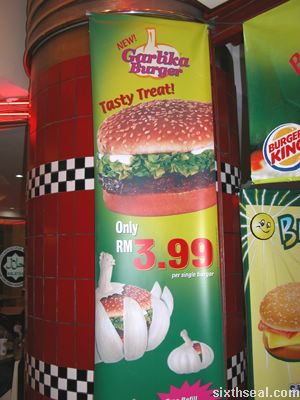 Garlika Burger is the new burger at Burger King. It looks good from
the ad so I had one of them. It’s not a large burger – the size is
rather small, smaller than the usual Burger King offerings. I’ll have
to say that it looks quite dismal too. It’s just a burger with a beef
patty with a slathering of garlic paste. This is what it looks like in
real life: 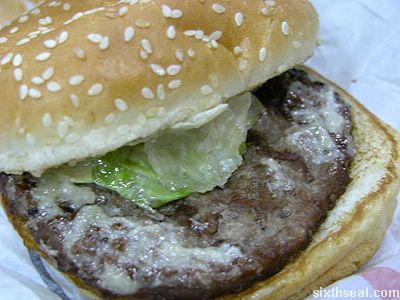 Never looks as good as the ad photo.

It tastes like…a burger with lots of garlic paste. 🙂 I can’t
really describe it much more than that because that’s what it is and
that’s all it is. It’s a little disappointing compared to the
promotional spiel. There’s no reason to dislike it if you like garlic
but I was expecting something more than a no frills burger with garlic
paste.

Anyway, on a more personal note, I will be going to work tomorrow.
There’s bills that needs to be paid and fronts that needs to be
maintained during the CNY reunion dinner. 🙂 Hey, life’s just a play
after all, so let’s just straighten our costumes because the show must
go on!