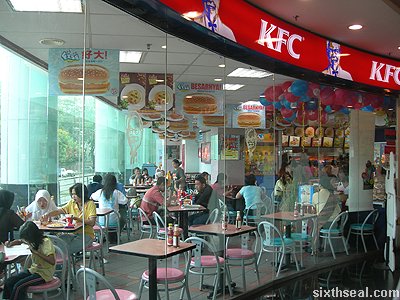 KFC recently launched their latest product, the Colonel Rice Combo. I saw the advertisements in the papers and went to check it out at the KFC outlet in Sibu before I came back. 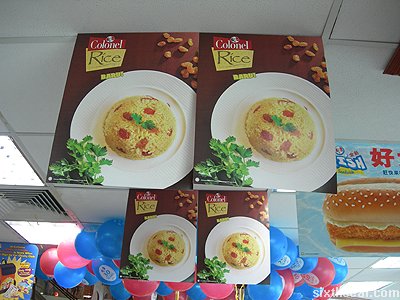 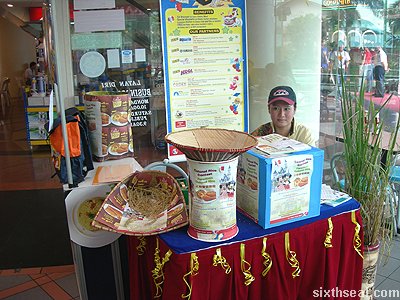 The KFC outlet had a booth dedicated to promoting the new Colonel Rice. The booth is decorated according to the Padi (Paddy) Harvest theme, complete with costumes from the KFC staff. 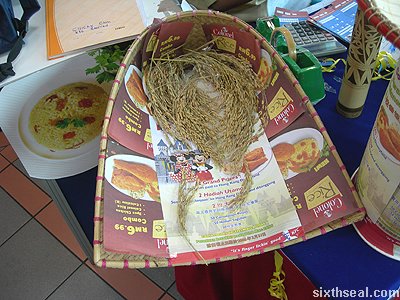 There are rice harvest paraphernalia and contest forms at the Colonel Rice booth inside KFC. KFC is having a contest to commemorate the launching of the Colonel Rice with the staff going around to people ordering the dish and asking them to fill in the forms. 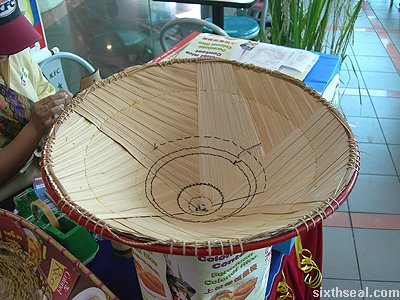 This is a traditional rice farmer’s hat (inverted). The Colonel Rice Combo contest is open for everyone who orders the meal and the main prize is a trip for two to Hong Kong Disneyland. 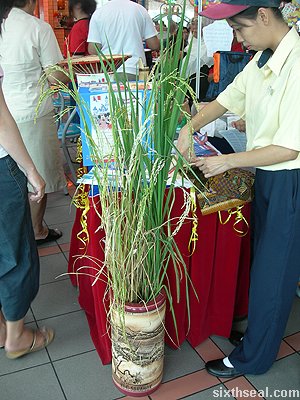 KFC went all out to decorate the booth with rice related products. These are actually real paddy (rice plant) stalks. I like the ambience but I think it should be spaced further from the Fish Burger promotion so more space can be dedicated to this. 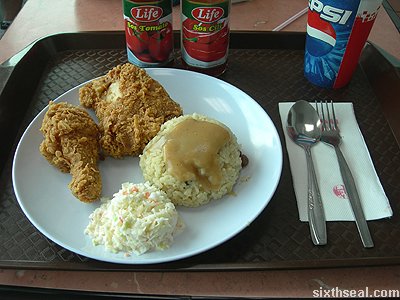 This is the Colonel Rice Combo (RM 6.99) which contains the Colonel Rice, a side of KFC coleslaw, and two pieces of chicken. I had a drumstick and a piece of thigh. There is an option for Original Recipe chicken or Hot & Spicy and the Colonel Rice can also be ordered separately for RM 1.80 or RM 1.30 with any chicken product purchase. 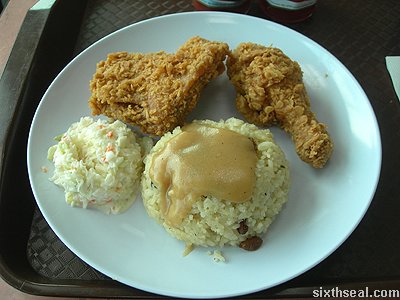 The Colonel Rice is “a blend of high quality fragrant rice mixed with KFC special aromatic spices and selected sweet raisins” topped with KFC’s original gravy. It never looks as good as the printed media would lead you to believe… KFC’s Colonel Rice is the perfect complement to their flagship chicken product in a predominantly rice consuming country. It’s a great idea, with one problem…

…SugarBun has successfully implemented it years before KFC with their Savory Rice. There goes “original”. 😉