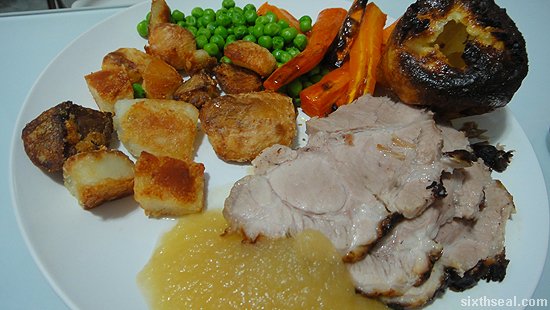 It’s a wonder to see Kim in the kitchen. She’s got everything down pat (even has a system for cleaning up dirty dishes). 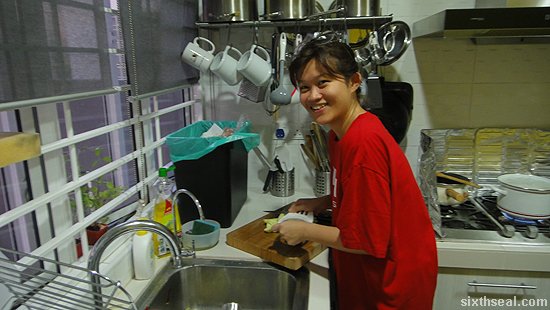 I was there for dinner on Friday, she had a pork loin going in the oven and I puttered around a bit in the kitchen doing nothing particularly useful until she sat me down in front of the awesome 55” TV with a beer in hand. 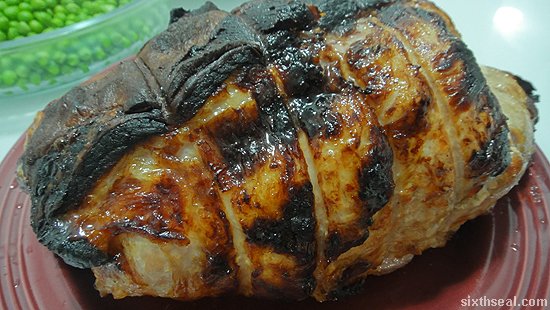 Fruit of the loin. The beautiful pork loin with apple sauce. It was marinated for two days! 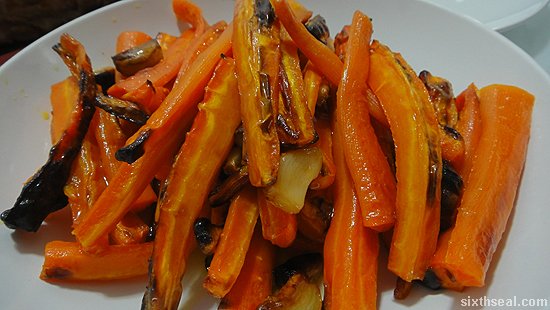 Baked carrots and garlic. This is awesome! The baked carrots *looks* burnt and dried but it’s actually super juicy and wonderfully sweet. The garlic bursts with flavor too. Very nice. 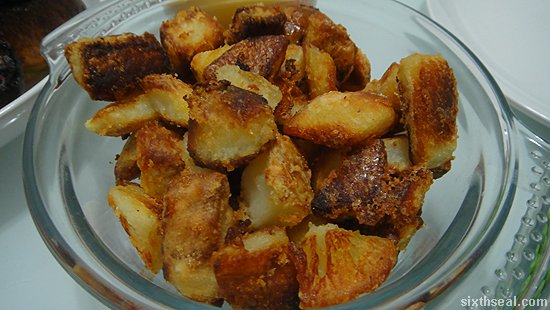 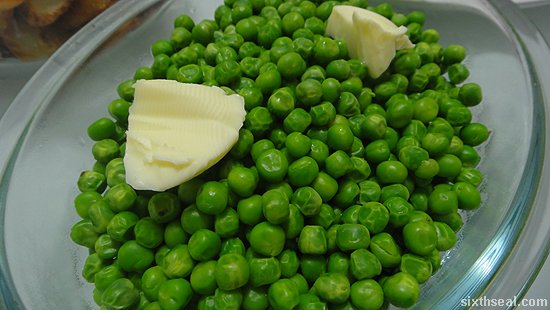 Peas with slabs of butter. 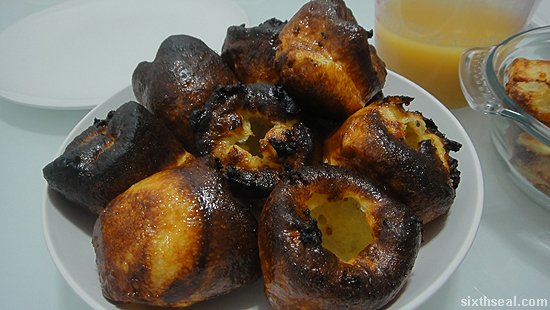 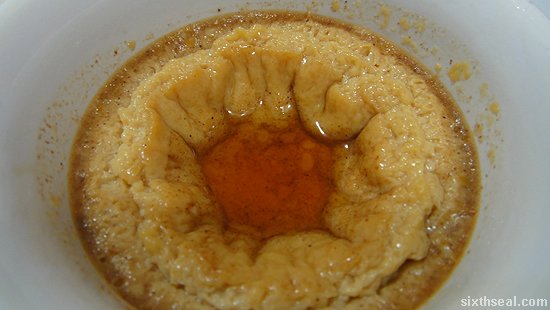 Kim also made this dessert with molasses (?) – it had a bit of a crater in the middle, which I don’t think was supposed to be there but it tasted just fine. 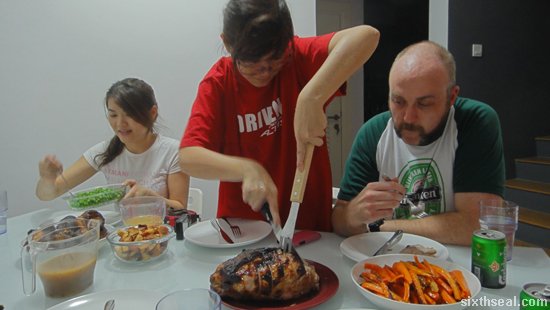 However, the pork loin with apple sauce was the piece de resistance. I really enjoyed hitting that oink. It’s a good cut, nice marbling and tender to boot. The apple sauce does wonders to it. 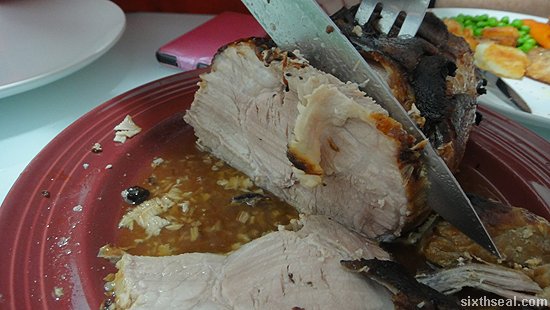 It weighed in at slightly more than 2.3 kg and the six of us (ST, Kim, Lainey, Fresh, Sin Loo and me) finished the entire pork loin. That’s about the equivalent of each of us eating a 400 gram steak…not including the other dishes.

That’s how awesome it was. 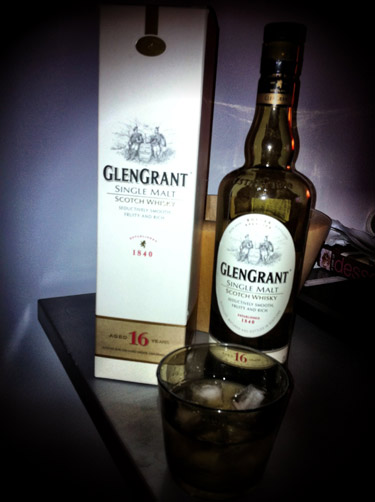 There was Ben and Jerry’s ice cream brought by Sin Loo and some Hokkaido cakes from Lainey and we spent (well, at least me and ST did) the night drinking Scotch and beer. I got a bottle of Glen Grant 16 year old single malt and thought it would be funny to text Kim while stuck in a jam about bringing a 16 year old but she didn’t get it until several hours after. Picture nicked from ShaolinTiger’s Twitter.

Thanks for having us over Kim and Gareth!

It was a fabulous dinner and I totally enjoyed talking about everything from the good ol’ days of rave music to the murder of Canny Ong (I know right, diverse range of topics). We all ended up leaving at 8 am in the morning. This could be a start of a tradition, first time that happened was at Lainey’s birthday – just chilling, drinking and talking till the break of dawn coz that’s how we roll yo. 😉 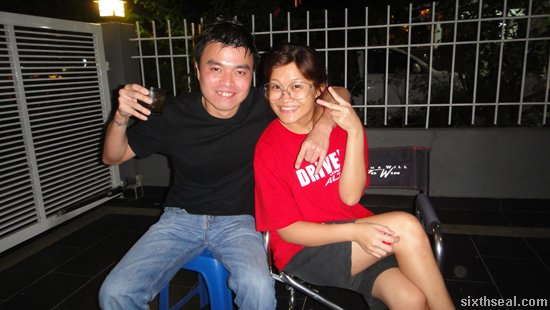 Kim’s a *great* cook. A delicious dinner with awesome company, you just can’t beat that. I had a laughing fit twice that night, can’t remember why but I haven’t laughed that hard in a very long time. Then someone said: You know you’re laughing at *yourself* right. It just made it funnier. Fantastic way to spend a Friday night even though I only woke up at 8 pm on Saturday. Totally worth it.