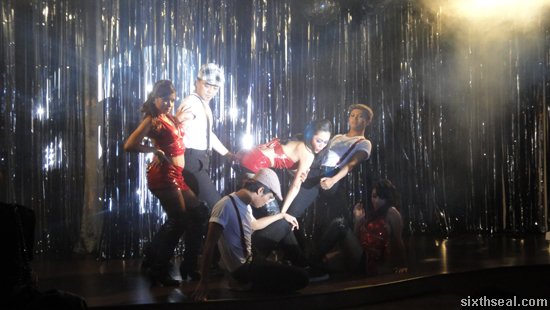 Well, this is one holiday which almost everyone celebrates. A start of a brand, spanking new year. The time to make resolutions you’ll break the very next day and all that jazz.

You know, I haven’t had much luck with New Year’s Eve lately. I was on a plane during NYE 2011. Seriously. I was 35,000 feet in the air en route to London. This was the second New Year’s Eve I’ve spent on a plane with dozing fellow passengers as company.

I don’t know about you but that’s not my exactly my idea of an awesome New Year’s Eve.

Anyway, I was at ENCORP Strand a couple of weeks ago for the launch of Tapis Rouge – the new home of the Kit Kat Klub. I was rather impressed with the area – the Red Carpet Avenue seems set to be the latest place to party with the array of prestigious bars, restaurants and entertainment in the area. 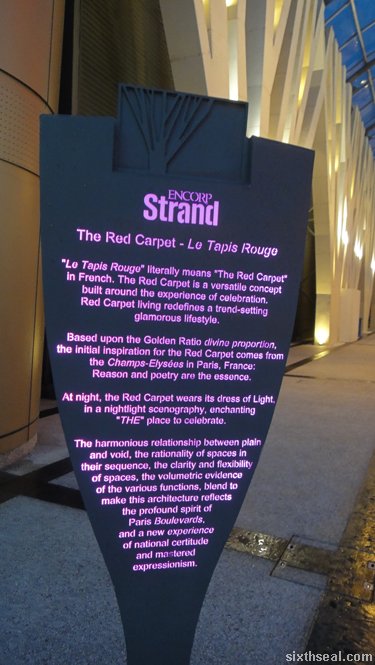 Trivia: The Red Carpet is based upon the Golden Ratio divine proportion (look it up, it’s very interesting stuff and can be found all around us in nature) and the inspiration comes from Champ Elysees in Paris.

Anyway, I’ve been back to Red Carpet Avenue a couple of times since then. I once brought a friend to watch the theater show at Tapis Rouge.

It was pretty good, comes highly recommended to me. I was in love with the production when I first saw it at the launch with Tiara Jacquelina and the old Kit Kat Klub crew.

ENCORP Strand is going to hold an awesome New Year’s Eve countdown at Red Carpet Avenue this year. Instead of getting your car sprayed with foam at Bukit Bintang or getting squashed in Padang Merdeka, I reckon this one would be one of the great NYE parties around. 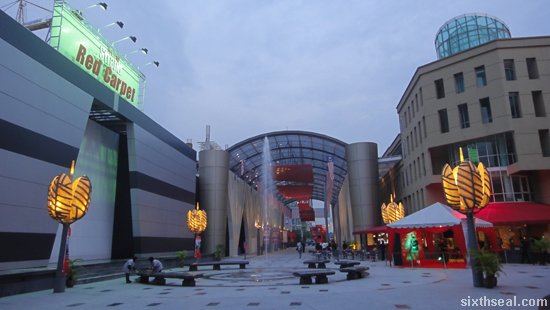 You remember that episode in the first season of How I Met Your Mother where they had a limo and was rushing to 5 parties to see which one is the best and head there for the countdown?

Well, this one is going to be hard to beat. MYSTICAL EVE 2012 presents: 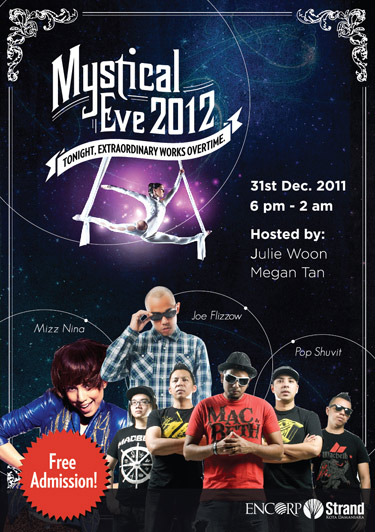 MYSTICAL EVE 2012 has the theme “Tonight, Extraordinary Works Overtime” and with the lineup of entertainment that they have, I have no doubt that they can deliver. It starts from 6 pm – 2 pm on 31st December 2011 at Red Carpet Avenue, ENCORP Strand. Find out more at the Red Carpet Avenue Facebook page.

Be there and don’t forget Barney’s “Get Psyched” mix during your ride! 🙂