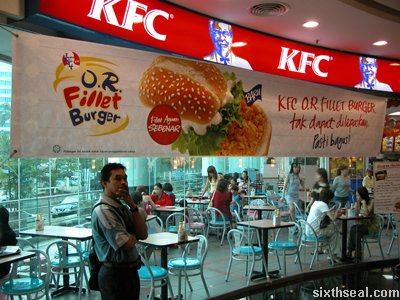 KFC OR Fillet Burger is the latest addition to KFC’s admittedly paltry burger portfolio. The O.R. stands for Original Recipe, as in the KFC chicken. 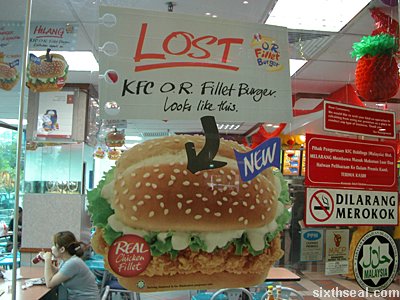 The advertisements and promos for the KFC O.R. Fillet Burger centers
around “missing” and “lost” themes involving the burger in question. 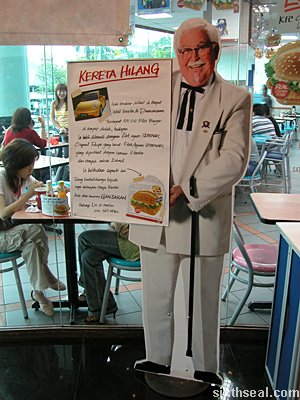 One particularly amusing one involves a “car missing” poster which
describes the lost car, which was last seen with a KFC O.R. Fillet
Burger on the front seat.

The KFC Original Recipe (O.R.) Fillet Burger is basically a Zinger
with an Original Recipe fillet inside, instead of the Hot and Spicy
breaded fillet used in the Zinger. 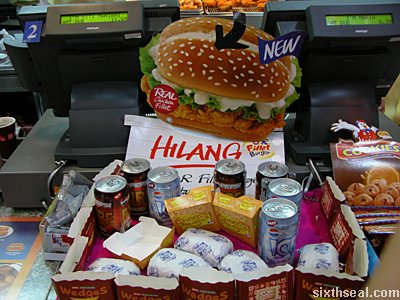 The diminutive size hardly makes it justifiable for a meal though…and yes, that is the real size, it’s smaller than a soda can… 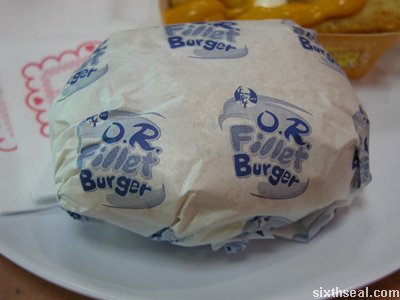 The KFC O.R. Fillet Burger comes in a mild blue colored wrapping, which is a contrast to the siren red Zinger wrappers. 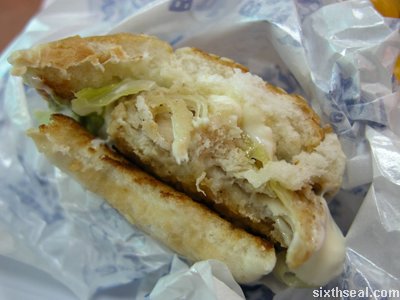 The O.R. Fillet Burger comprises of a tender cut of KFC Original
Recipe chicken, lettuce and mayo…and that’s about it. It tastes good
though, a simple but satisfying burger. I have no beef (pun not
intended) with it except for the below average size (for a burger).