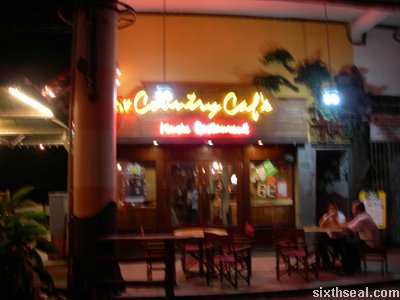 Country Cafe Music Restaurant is an old high school
hangout that will always have a place in my heart. I used to go there
with my buddies when I was in Form Five and just hang out and try the
ever-changing huge menu that they had. It was nostalgic… 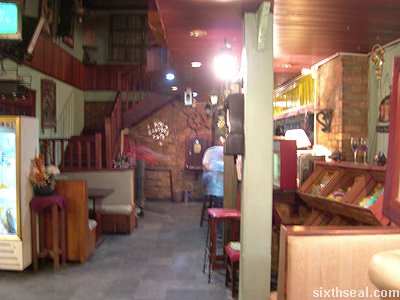 I brought my girlfriend there last night and the familiar interior
greeted me, bringing back a rush of high school memories.
Unfortunately, although the interior looks pretty much the same (with
some renovations) the menu wasn’t…the place has undergone new
management and the menu that has us spoilt for choice has been trimmed
down into less than a couple of items… 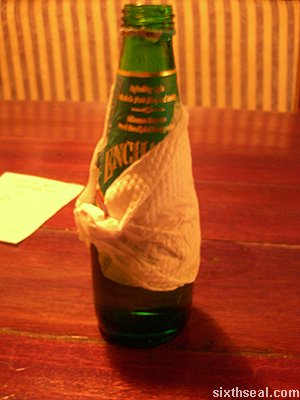 I ordered a wine cooler (had another one later during the meal to
toast the old memories of Country Cafe where the emphasis was on food
instead of a football (soccer) hangout) and my gf opted for 7-Up. 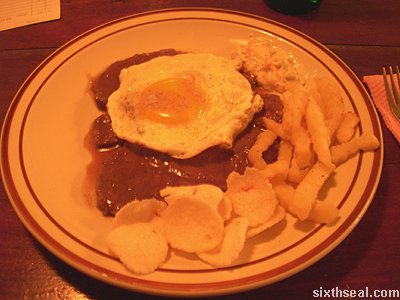 This is what I had for dinner – its beef chop. There really isn’t
much choice on the menu, unlike the previous management where sashimi,
tempura, cold noodles etc were introduced weekly. 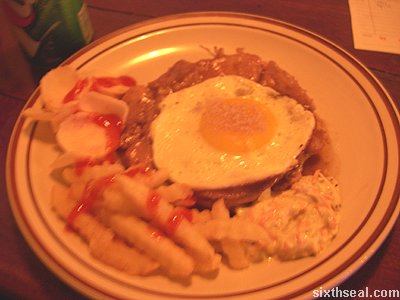 My girlfriend had the chicken chop. To be fair, the food wasn’t that
bad. It’s apparently outsourced to another eatery and not the “New
Country Cafe” coz we had two different bills – one for food and the
other for drinks. The egg on top of the chicken and beef goes well with
the meat, but I was disappointed at the limited choice. 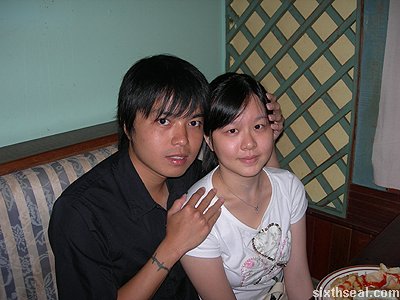