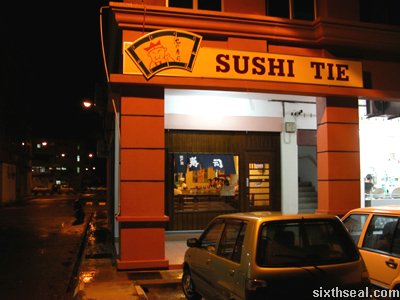 Sushi Tie is another Japanese food establishment in Sibu. My
girlfriend’s brother works there and we decided to head over for dinner
tonight. 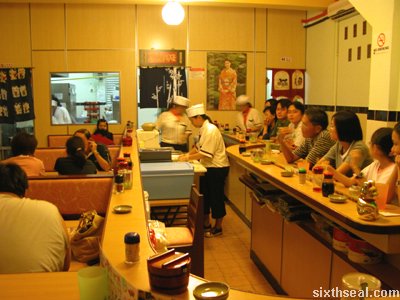 Sushi Tie is another outlet which embraces the “open kitchen”
concept. The interior is slightly larger that Akira Sushi, but most of
it comprises of sushi bar style seating with only a couple of booths. 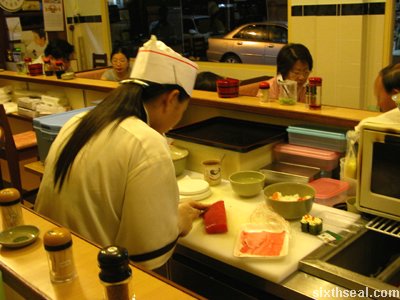 There isn’t a revolving sushi bar in here…instead, the space is
taken up by chefs preparing your order and you can actually see them go
about it while you wait with your green tea. The view is rather
obstructed from our end – it’s better at the seating booths, but all
those were taken and I didn’t want to impose on their dining experience
by squeezing in and taking a shot. 🙂 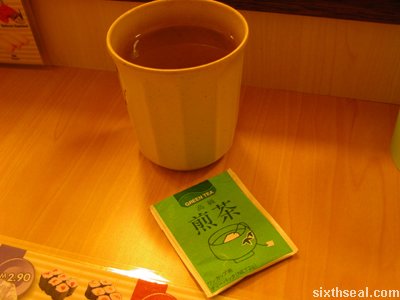 We were served green tea while we waited for our orders to arrive.
It was the conventional hot water with green tea sachet type instead of
the proper brewed ones. Not that I could differentiate between the two.
*cough* It’s just something I noticed. 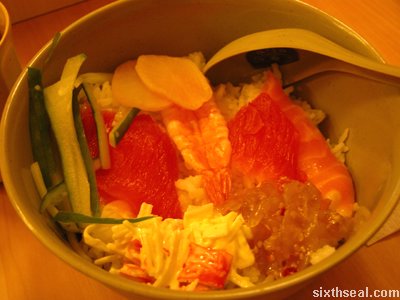 I had the Chirashi Don which goes for RM 10.50. It has various
slices of sushi like salmon, tuna, prawn, basically the cold raw cuts
on top of rice. It came with a wonderful side dish which I can’t put my
finger on, but it was good. 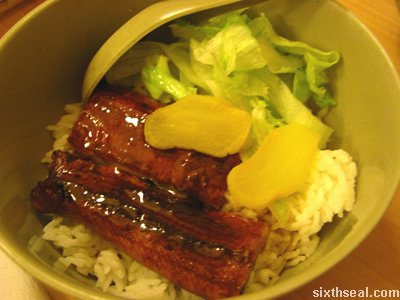 My girlfriend had the Unagi Don. That’s eel on top of rice. It
wasn’t her first choice, she wanted chicken terikayi, but I wanted to
broaden her dining horizons so I kinda ordered for her. :p This one was
very good, the eel came out all oily (in a good way) and tasty. 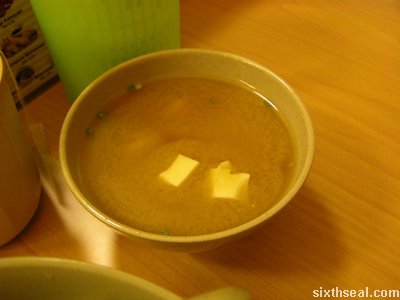 The food was all served with a steaming bowl of miso soup. 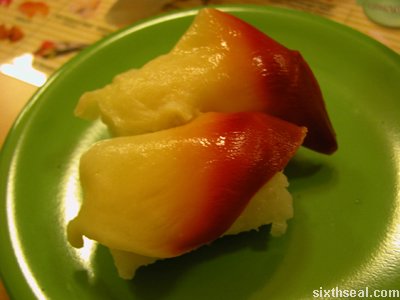 This is hokkigai sushi. That’s raw whelk. It was surprisingly fresh
and tasty. The offerings of Sushi Tai far surpass Akira Sushi in terms
of fresh produce. 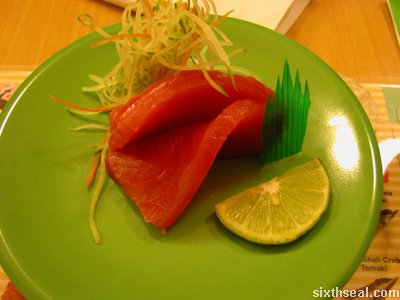 We shared some maguro sashimi as well. Or rather, I ate most of it,
since my gf doesn’t like these things. It’s good, and cheap, at RM 3.90. 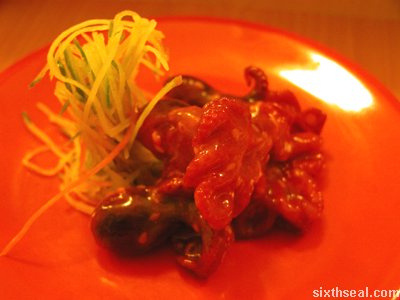 Now this is the obligatory “slimy dish” – chuka itako/hotate/kurage
(baby octopus, scallop wing, jelly fish). I managed to get my gf to eat
one of it, despite her protests.

The bill came out to around RM 40 (without alcohol, they don’t serve
sake or Japanese beer here). I like Sushi Tie, the ambience is much
better compared to Akira Sushi and the preparations seems to be less
“mass produced” and is generally fresher and thus more pleasing to the
palate. I highly recommend the Chirashi Don and Unagi Don, they were
perfect, surprisingly so for Sibu. I give this establishment a big
thumbs up. Plus, you just gotta love this sign: 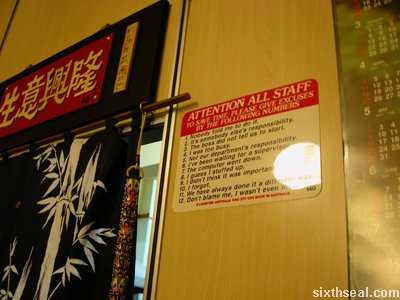