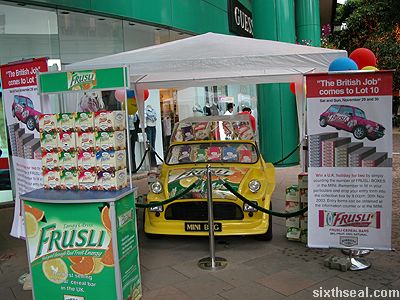 I passed by Lot 10 today and saw the Frusli event. I was aware of
this from TheSun – they had this page each day with a number on it,
from 1 – 3 and you’re supposed to collect the three different numbers
to redeem a free Frusli bar. I didn’t bother with that, just went to
see what’s going on since I just finished my work at the office and Lot
10 is just a short walk away. 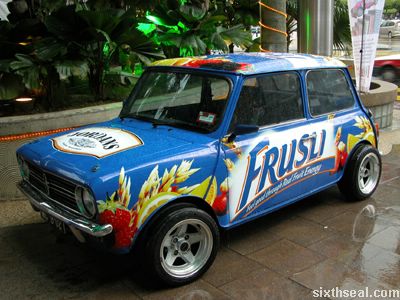 Anyway, there’s supposed to be the original Frusli Mini there, I
don’t know which one it is, but I saw two – a yellow one stuffed with
Frusli cereal bars and a blue one with a customized Frusli paintwork.
The yellow one also has a Frusli decal on the bonnet and it’s filled
with the bars. It was cordoned off and had “The British Job” comes to
Lot 10 banners with a competition for people to guess how many Frusli
bars are in the Mini Bug. 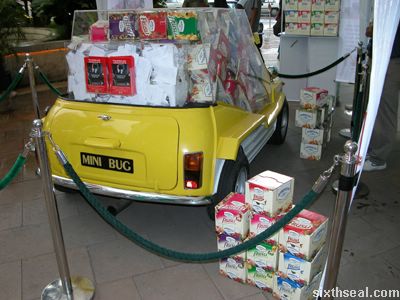 Guess how many cereal bars is in the car? 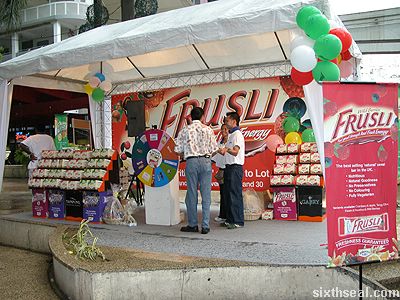 There’s also a stage where there’s some shows going on, I saw a
“Wheel of Fortune” type spinner which awards a prize depending on where
the pointer falls on after the spin. Besides that, there was a Frusli
booth with people packing samples for the Frusli girls (well, promoters
would be a better word, but anyway…) to distribute to the public.
This begs the question of why TheSun promo was necessary since there
were at least 12 Frusli girls giving away samples. 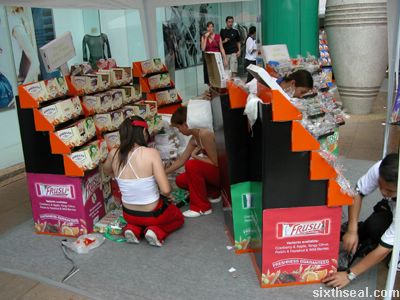 Anyway, I didn’t have time to stay for long, but I did take some photos of the Frusli girls, so here they are: 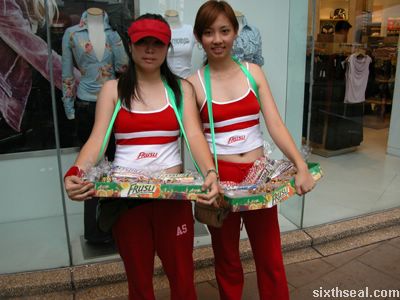 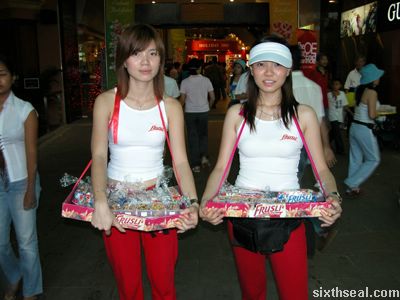 By the way, IMHO, the blueberry Frusli bars taste the best out of them all.