Summer is here…the temperatures are heating up and the cicadas are
coming out in force. Anyway, I saw some fireworks over at the cricket
oval just now. Don’t know what’s going on there, but heard the
fireworks and saw a couple of people watching from halls. I did get a
couple of pictures, but there was a spotlight in the way so it’s either
underexposed or overexposed. Here they are: 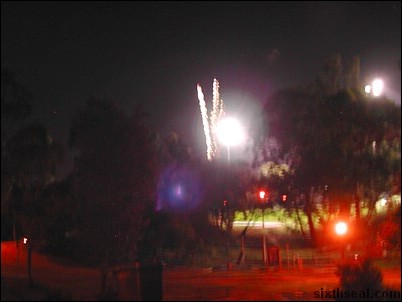 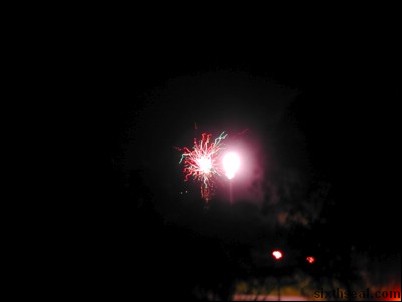 Anyway, the halls are starting to empty out now that the examination
period is nearly over. Summer at halls is really boring, there would be
like only 5 people in each hall. I stayed here during the summer of
2000 and I was the only one on my stairway. It gets really deserted
over the vacation period since everyone is going home. Oh well, I’m
planning to go back in December instead of February anyway. It seems
impossible to finish my IE project within the month and the client goes
on a one month break after that. I’ll be taking a summer subject in
January, so I’ll only be home for about 3-4 weeks in December. 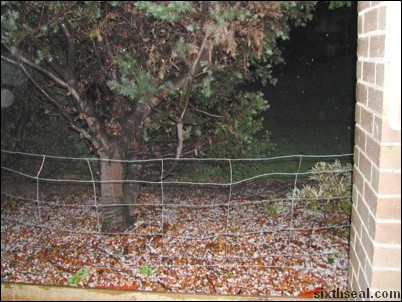 I was wondering why the rain sounded so loud just now. It sounded like it was
hitting my roof directly, and I didn’t even live on the top floor. Puzzled, I opened up a window
and was assailed by chucks of ice the size of M&Ms. I’ve been caught by hail in Christchurch,
NZ before but I’ve never seen hail in Melbourne. Hail! 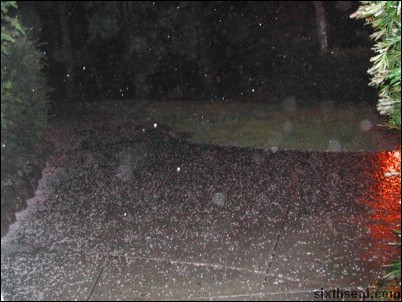