I just got scammed! 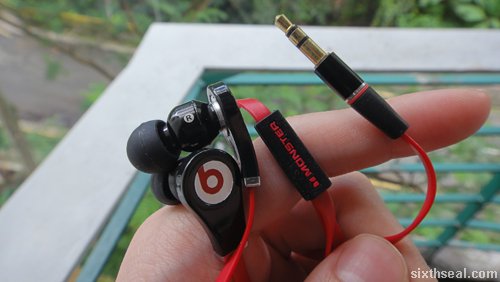 I bought a pair of fake beats by dr. dre headphones at Low Yat Plaza. I wasn’t familiar with the range and was amazed by the sound quality – the deep, rich bass and perfect pitch range literally floored me. It wowed me enough to lust after the in-ear noise-canceling earbuds.

Here is how the scam works: 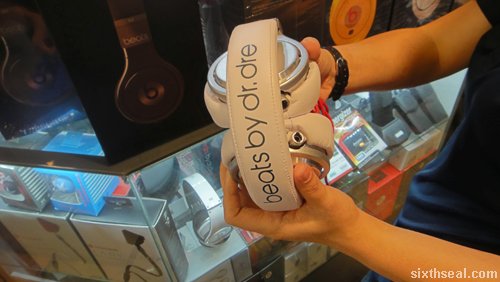 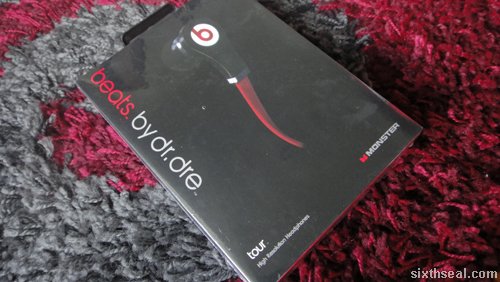 I only realize I’ve been had when ShaolinTiger told me about this website which details the (apparently rampant) fake Monster beats by dr. dre tour going around. Mine was definitely a counterfeit one – it shows all the hallmarks of the fake version and the price was too good to be true. I later found out that the real ones retail at RM 850 while I got mine at RM 60. 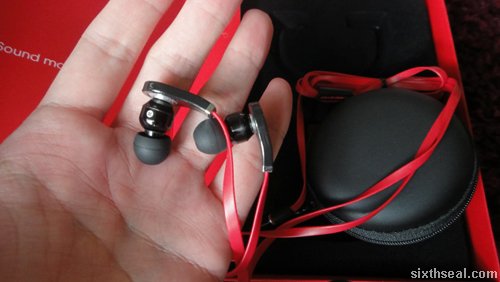 I wrote this BEFORE I knew it was a fake pair of headphones. I was gushing about it and typed this at rapid staccato excited mode in 30 minutes. It just goes to show how stupid I am. -_-

I was walking around Low Yat, intending to get a pair of headphones to replace my busted stock Apple ones. I noticed one of the smaller shops displaying a line of headphones and ear-buds made (endorsed? collaborated?) by Dr Dre.

I stopped and took a look at the boxes. They came in several variants – the biggest of which are limited edition full earmuff studio headphones with Lamborghini/Ferrari partnerships. I asked about the price – the high end limited edition stuff was RM 599.

Now this was nothing more than a curiosity on my part, just looking around ya know…until I saw the beats by dr dre Tour range. It’s a noise-canceling earbud headphone – the type you jam into your entire ear so the drivers inside will direct the sound right into your ear canal instead of dissipating it.

I like the design and the earphones look pretty nifty too – it’s black and red, two of my favorite colors. However, they were going for RM 90 – I finally bargained down the price to RM 85 at which point she woefully agreed, saying that she’ll only get a RM 10 profit.

I said I’ll come back but purchasing the earbuds was just a possibility in my mind at that time. An option, if you will.

I wanted to look around and as I took the escalators up, I was accosted by a particularly enthusiastic sales person. She was selling the same range of products. I asked how much the Monster beats by dr dre Tour was (I couldn’t afford the RM 599 studio headphones) and she said RM 75.

Now that’s much cheaper than the price quoted by the person downstairs but in the spirit of bargaining (see woeful RM 10 profit feigned reluctance above) I said that I was quoted a cheaper price at the shop downstairs. I creatively mentioned RM 70 instead of RM 75.

The passionate sales girl immediately said she can match the offer and sell it for RM 70. She pulled out an iPod and insisted on giving me a demo. Well, you know, these things go RIGHT INTO your ear so earwax and stuff like that can stick on it, but I’m not particular so I shrugged and donned the buds.

She played the song Like a G6 and I listened to it…in growing amazement. I was in music nirvana. I don’t like the song but damn was that a fine rendering of sound. I could hear ranges I never could with the stock headphones that came with my iPad 2 and it was LOUD!

I think I couldn’t keep the ecstasy off my face and the sales girl, sensing a potential customer, immediately launched into a play list that shows off the bass reproduction of the earbuds.

I have never heard music with such clarity since my AUD 300 purchase of a rather expensive studio headphones back when I was in university. The design of the earbuds is what makes it so good – it’s noise-canceling coz when you jam it into your ears, it fills up all the empty space around it.

I could hardly hear the crowd and when I scratched myself, it didn’t sound like it normally would – the fingernail against fabric noise sounded distant…like you were on a heavy dose of opiates and was about to nod off. I don’t even know why I used this analogy since 97.3% of you won’t be able to relate but that’s how it sounds like.

I was hooked. I WANTED the headphones. I would lust for it as a lover pines for his unrequited love until I bought it. 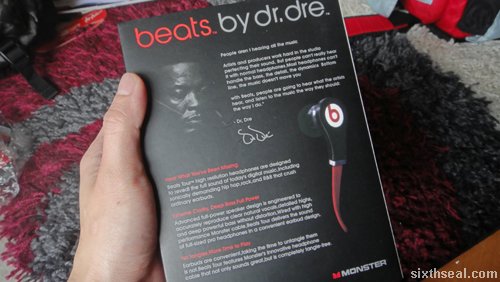 The girl let me have her iPod and listen to it while she rummaged around and opened the RM 599 limited edition studio headphones. She insisted that I listen to it. It was good, I would buy it if I had the cash but it’s not a lot different from the Tour version…at least not enough to justify the huge price gap.

She said she’ll let me have the studio headphones for RM 450 but I was interested in the more affordable earbuds. I said I’ll consider it if she can sell it to me for RM 65 and after a bit of hemming and hawwing she said okay. I then said I’ll buy it right off her now if she’ll give it to me for RM 60.

I was looking at the packaging while talking to her and I saw that these are MONSTER headphones! Not the recruitment company, the one that sells professional grade high quality A/V cables! Dr. Dre apparently has a collaboration with them or something, giving us this very cool looking red and black earphones.

Heh. I haven’t bargained in a long time and it’s good to know that I still can push down prices. She agreed, but much more reluctantly this time. I don’t know how much the cost price is, but I’m guessing RM 60 is towards the low-profit end of it.

I just did it for shits and giggles, RM 5 is less than what you’ll pay for parking but it’s fun to do.

However, she did mention that she will sell it for RM 50 apiece if I buy 3 or more. Considering how I treat my headphones, that would be a rather excellent idea, but I still had to buy an external HDD so I just bought that one. 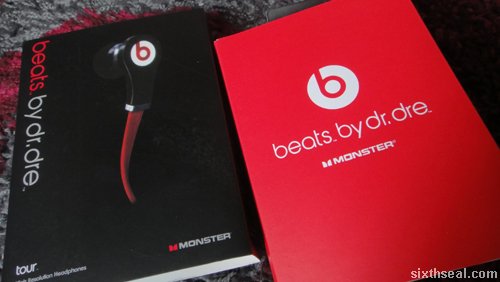 It was the demo that got me – listening to the quality and sheer power of the driver in such a small earbud design blew me away. Literally.

The other good thing I noticed is that the wires won’t tangle coz it’s flat like linguine – that makes it harder to snag and tangle around.

It’s a really good buy for RM 60. I really am loving it – at this price, it’s unbeatable. I also tried another popular mainstream consumer electronics brand’s noise-canceling earbuds for RM 110 (cheapest price) and it doesn’t even come close to beats by dr dre tour’s quality.

I just wrote over a thousand words about a pair of earbud headphones. I guess that says something.

I wish I had said that I’ll just take the demo pair, no need to trouble yourself in getting a new one for me. I’ll love to see the sales girl’s reaction and what excuses she’ll come up with. Heh! 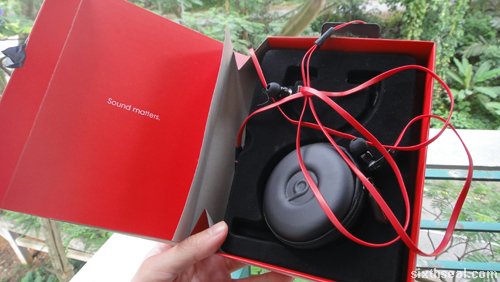 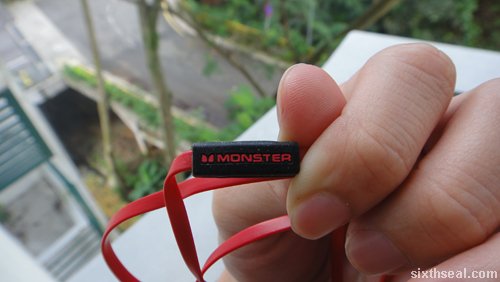 I didn’t get a receipt for the purchase, but I didn’t think anything of it at the time. No wonder the staff all ducked when I took a photo of the headphones on display. It’s amazing marketing though – get a real pair to wow the potential customer and sell them the fake ones…or maybe I’m just naive. 😡