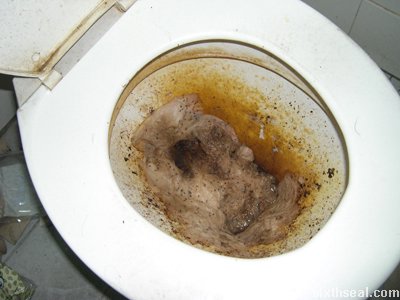 This is the photo of the chocolate mousse I made after three days of
preparation. The recipe and step-by-step procedures will be furnished
below, including a video clip of the interesting chocolate mousse
dynamics. 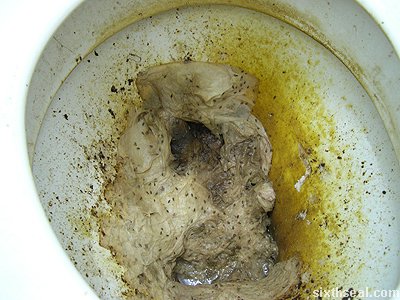 Step 2: Start putting in the first layer of chocolate (shit). The first chocolate layer should be semi-solid in nature.

Step 3: Line the first layer of chocolate (human excretion) with more serviettes (TP) and add another layer of solid chocolate (#2).

Step 4: Garnish the second layer of solid chocolate with another layer of serviettes and squeeze in a final layer of melted chocolate (liquid shit, best obtained when you really need to go). 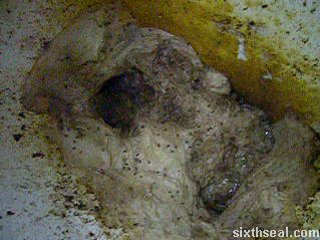 It’s actually just my backed up toilet which was attracting fleas of
all sorts. Watch the fleas swarm out as I take a piss in the movie!

sixthseal.com – Pushing the boundaries of good taste since 2002. 😉