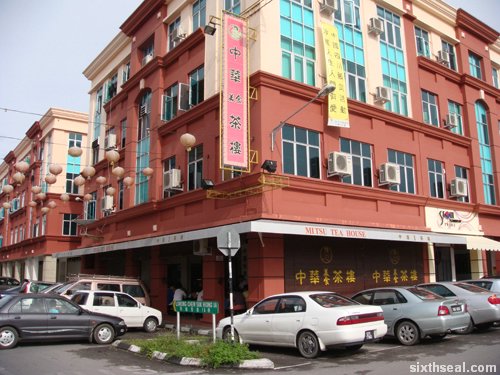 Clare has left for Kuching just now and bought me breakfast at Mitsu Tea House in lieu of sexual services rendered during her stay here. 😉 I’m kidding of course, I was just little more than her personal driver during the week she was in Sibu. 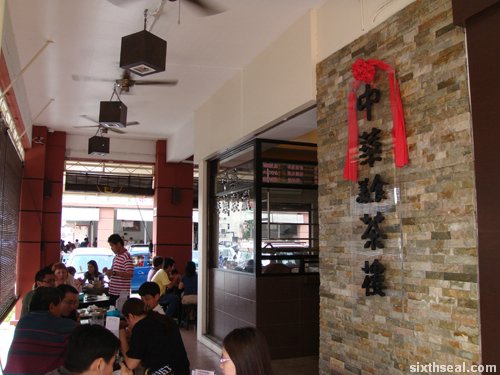 Mitsu Tea House is just about the only place you can get decent dim sum in Sibu. There is an al fresco seating area at the bottom… 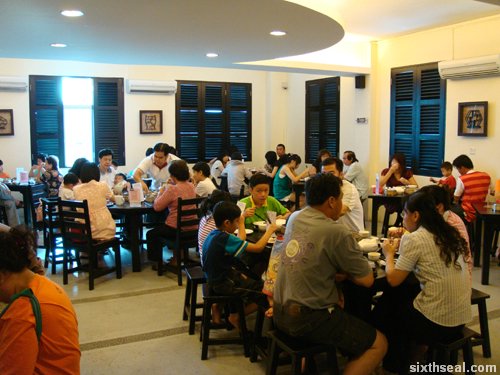 …and an air-conditioned enclosure at the first floor. Mitsu Tea House was totally packed this morning – it seems like it attracts the Sunday morning crowd in droves! 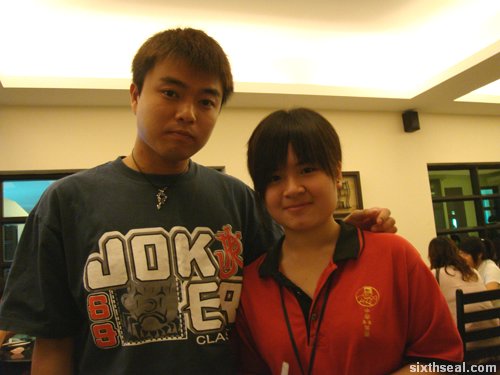 We finally managed to snag a table after a short wait and a waitress took our order. You can tell I woke up at an ungodly hour from my ruffled hair. I usually don’t do Sunday morning breakfasts. 😉 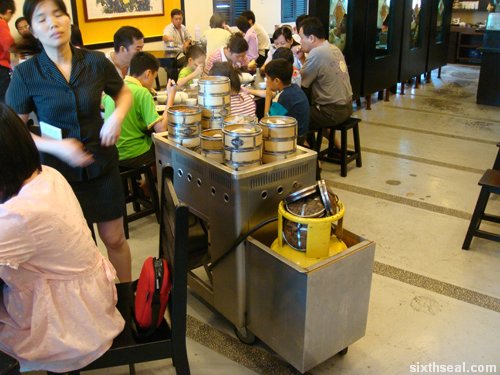 Mitsu Tea House has the ubiquitous dim sum carts doing the rounds but you can order a la carte from their menu as well. 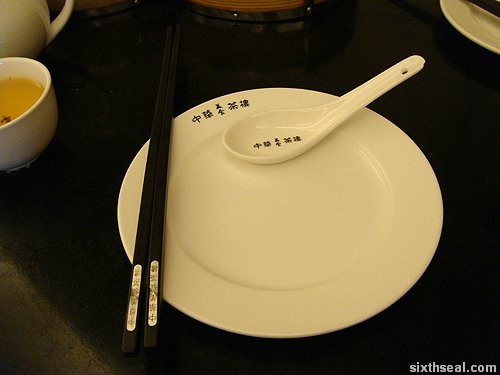 Mitsu is one of the more successful eating establishments in Sibu with Mitsu Shabu Shabu offering Japanese cuisine and Mitsu Tea House with its impressive dim sum portfolio. 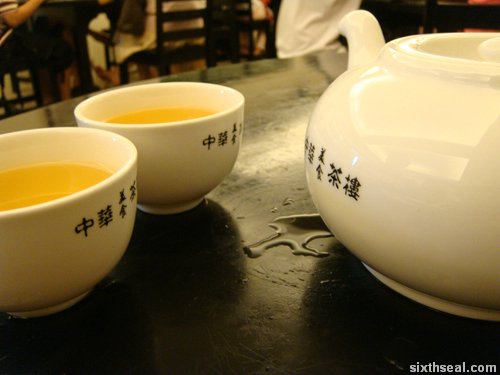 We ordered Chrysanthemum + Green Tea (RM 4 per pot), a mixture of two different tea leaves (and flowers). It came in a store branded teapot and cups, much like the eating receptacles over here. 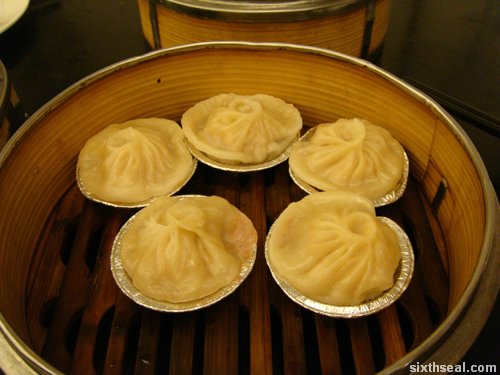 Steamed Pork Meat and Abalone Sauce Buns. This is pretty good stuff…it’s a little like “little dragon buns” where the sauce is sealed in the bun pouch itself… 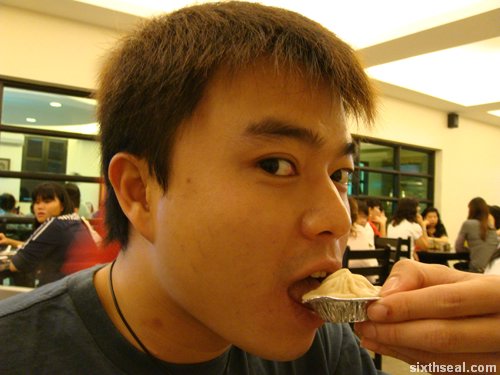 …and can be eaten as you eat oysters. Slurp it down. 😉 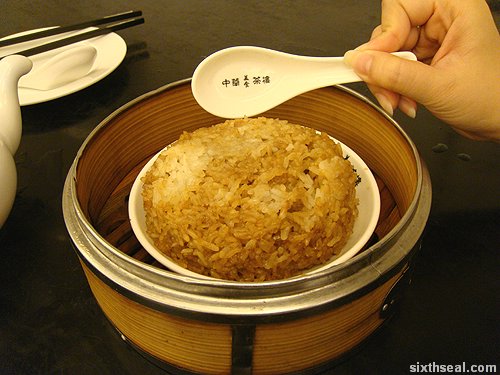 Lo mai gai (sticky glutenous rice) is another dim sum staple but Mitsu Tea House’s version disappoints. It was under flavored and lacking in carnivorous content. 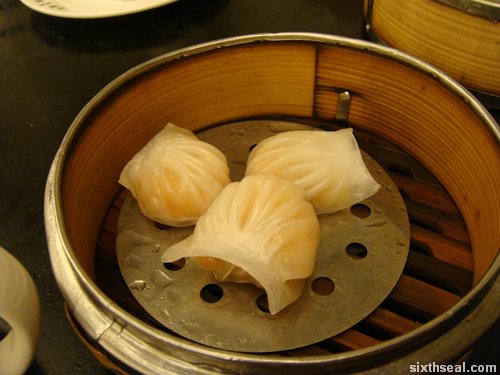 Steamed Shrimp Dumplings (har kau) was very good though. It has two shrimps in each dumpling and tasted exquisite! 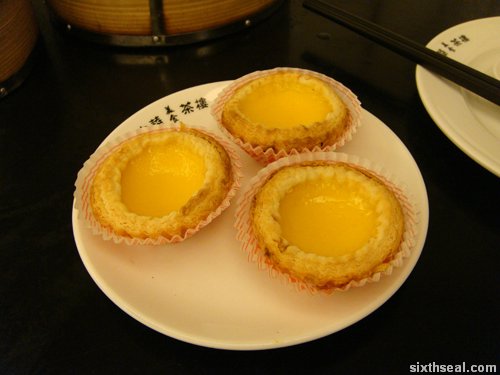 We also had Baked Cream Custard Pastry from their Dim Sum Pastries menu and it was alright….tasted like a Portuguese Egg Tart. 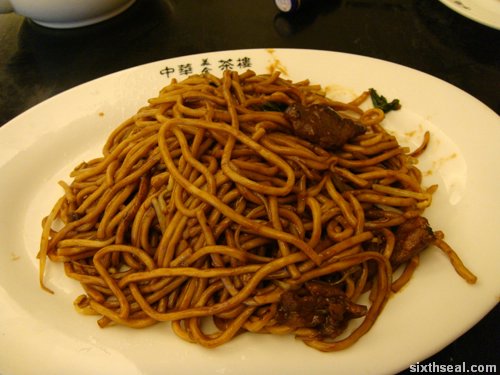 Mitsu Tea House also serves noodles and we saw a lot of other tables ordering this. The waitress told us the Dry Fried Noodles with Beef was one of their specialties and we finished off the brunch with this carbohydrate laden dish. 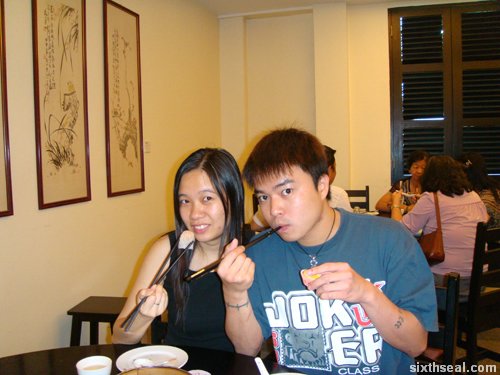 Mitsu Tea House has just about the best dim sum you’re going to get in Sibu. It’s the only specialized dim sum place in town but be forewarned – the crowd can be oppressive. There wasn’t an empty table to be seen in the entire establishment! 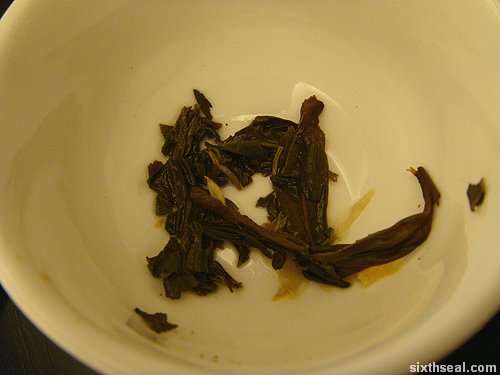 Hmm…there’s something about tea leaf divination… 😉