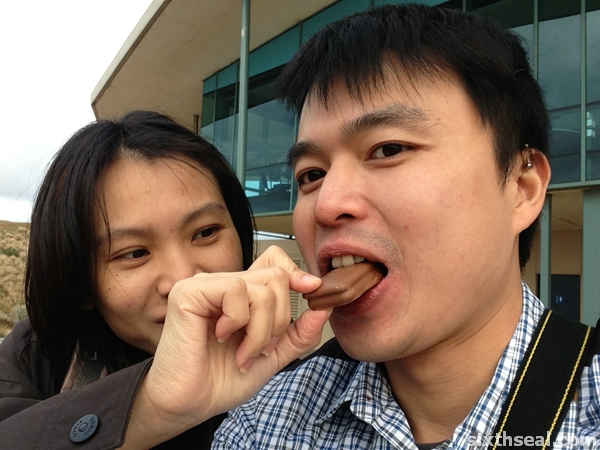 This is undoubtedly the most famous thing Phillip Island is known for. Little Penguins come back to nest every evening on the shores of Phillip Island after a day out hunting and doing whatever penguins do. 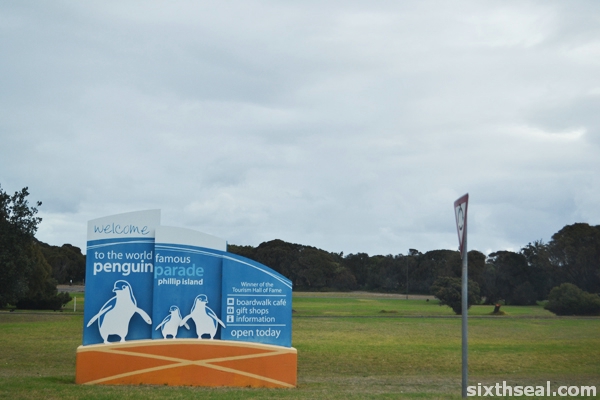 These are not the Emperor Penguins of the Antarctica but a different species of penguin called Fairy Penguins. They’re quite small and furry creatures – about the size of a particularly tall roti tissue (35 cm tall). 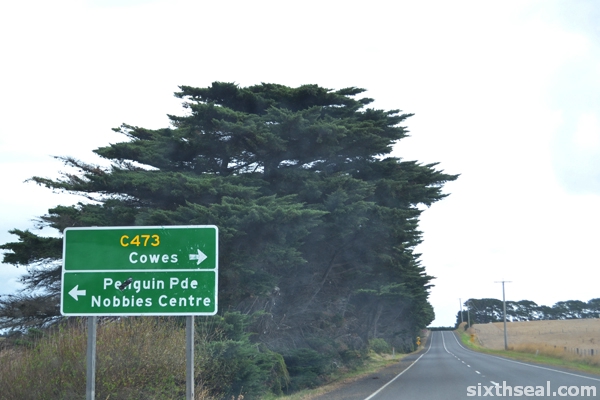 We drove down to the Penguin Parade after visiting the Nobbies. It was a particularly cold day as the sign shows – you need cold weather gear. Unfortunately, Ling didn’t bring a wind breaker so I gave her mine and went through the night with just a button up shirt with a cardigan underneath. 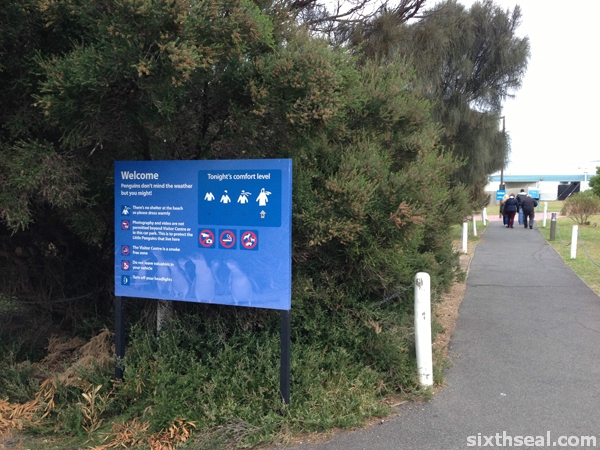 I half froze to death, but the layered clothing helped a bit. Haha! 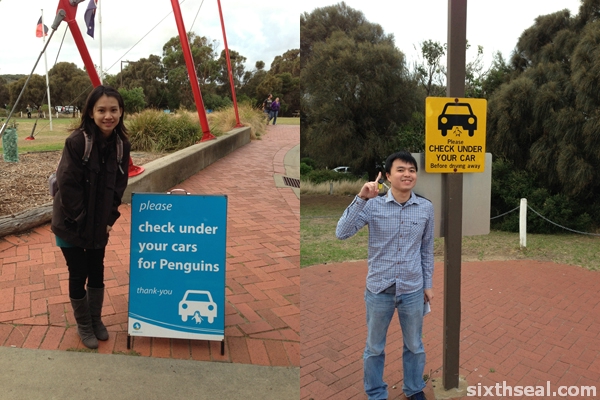 She was still cold even after wearing 3 layers (including my wind breaker) and I even offered her my shirt (could do with just the cardigan), which she thankfully declined.

The things you do for love. 😉 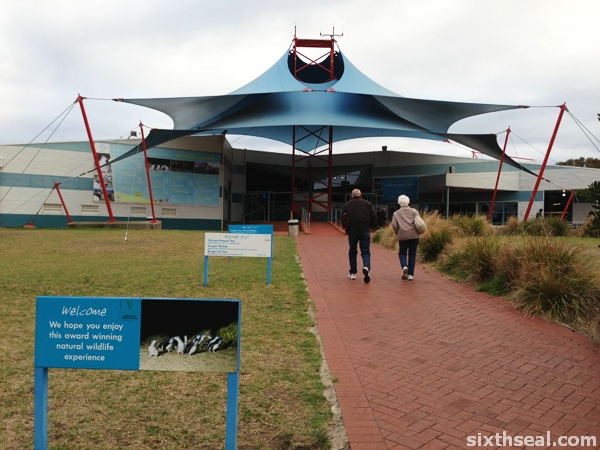 There’s no photography allowed these days, primarily for commercial reasons and coz of a few bad apples using flash to take pictures. However, 12 years earlier when I visited Phillip Island, photography is permitted, you just can’t use flash. 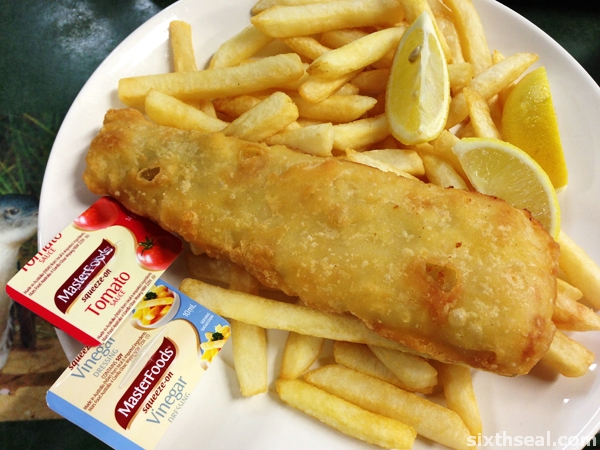 Anyway, we had a fish and chip dinner while waiting for the penguin parade countdown to start. You’re advised to come at least 1 hour earlier. The time of the penguin parade changes according to the season – you need to check out the schedule. It’s usually sunset and since it was autumn, our session begin at around 8 pm. 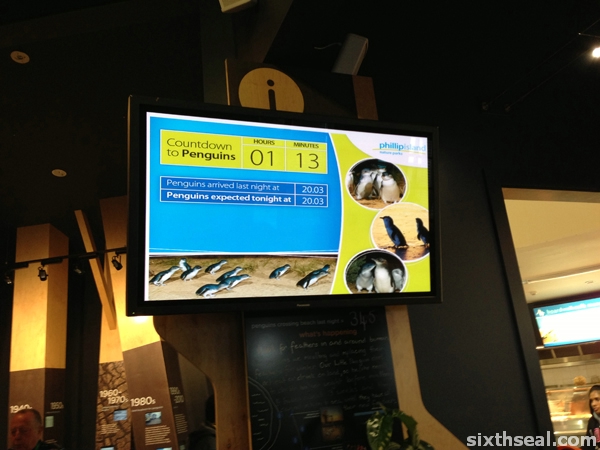 The “no photography” rule is enforced quite strictly – saw a girl being hauled off by the rangers after she attempted to video the first few penguins making landfall. 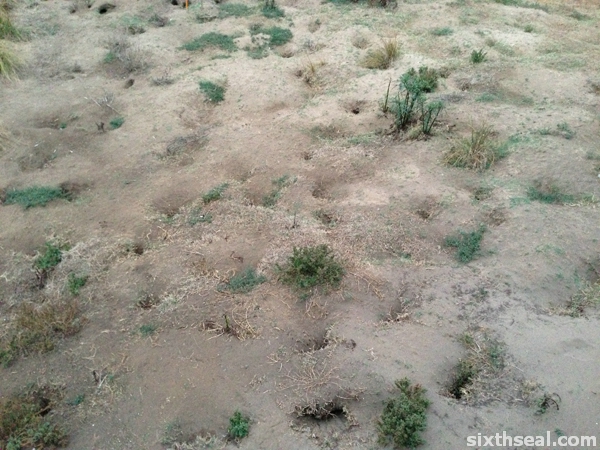 There are a lot of rangers around and one kind lady told us the best spot to sit to spot penguins returning to their burrows. She was right – only that rock formation on the beach had incoming penguins! 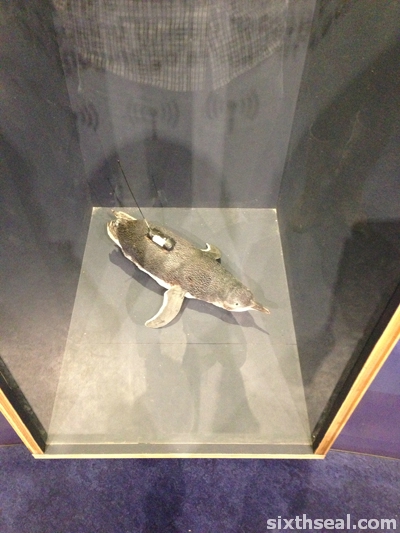 It was fun to watch the cute little penguins waddle up from the surf and into their nests (burrows). People started leaving soon after though and we found out why – it’s better to go and watch from the board walk coz you can get up close and personal with the penguins! 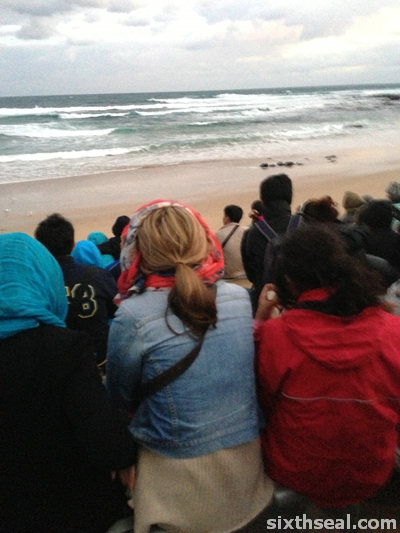 You can hear their mating calls and see their social structure (one penguin was waiting for his/her mate for ages). 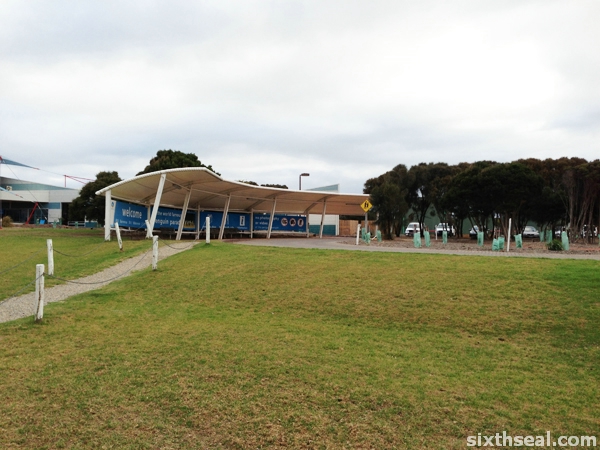 There were lots of people taking photos since the rangers couldn’t manage everyone on the board walk and I saw this Caucasian guy surreptitiously videoing the penguins near the public toilet. I decided to take one photo too – it’s using Ling’s iPhone (my digicam ran out of battery at the Nobbies) and taken by me while she went to the wash room so this is the first HuaiLing Productions photo. 😉 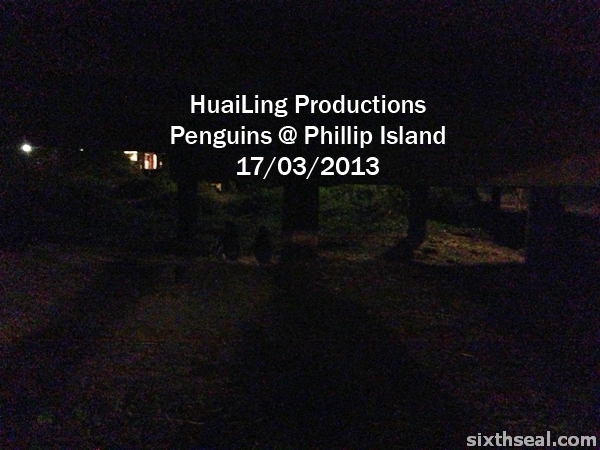 I present to you: A very dark and grainy photo of the Phillip Island penguins!

There was also a souvenir shop and we both wrote our own addresses on two stamped Phillip Island Penguin Parade postcards and gave it to the other to write. It was agreed that we won’t see what the other wrote until we received it in the mail. <3 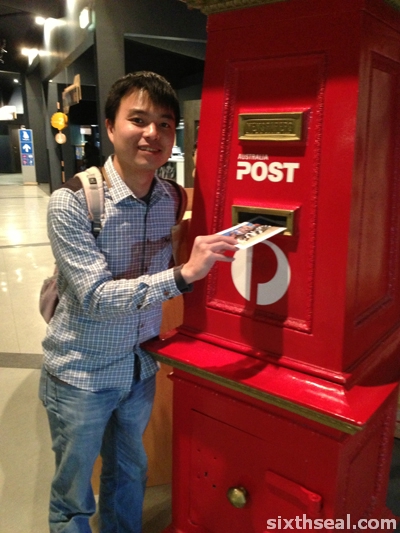 We also bought each other souvenir tees to commemorate our Australia trip and wore it the next day! 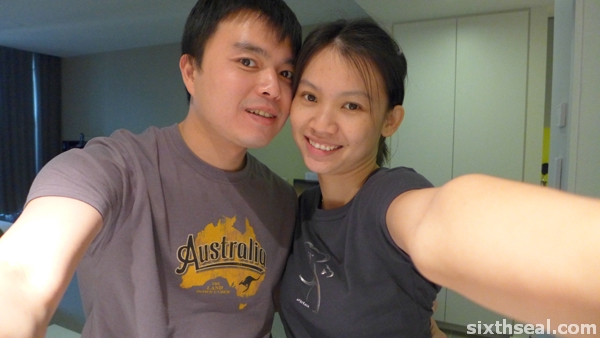 The best part of the trip was when we saw a penguin that was less than 1/2 meter in front of us! The penguin could definitely see and smell us but it wasn’t afraid at all. That was a very nice experience indeed – worth the entry fee in itself. 🙂