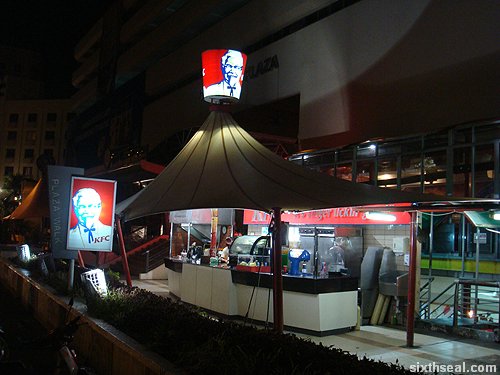 I was out clubbing with Phoenix and Irene last Saturday when we were hit by a late night craving for solid food. We had gotten cup noodles at 7-11 for the Batang Ai trip but we didn’t want to dig into those supplies since there would be no time for replenishing said supplies before the shuttle departs for Batang Ai early next morning. It was 2:30 am in the morning and there were no eating establishments in sight for post-alcohol indulgence. 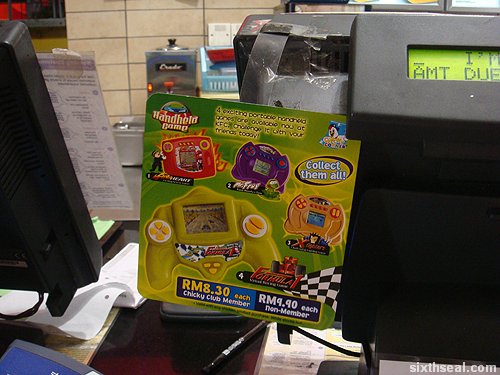 Thus, we ended up roaming the Kuching CBD on foot and I remembered a KFC outlet at Plaza Walk outside Sarawak Plaza that is probably open 24 hours. They had a promotion going on where you can purchase a handheld game for RM 9.90 with any order of KFC chicken. I’m a sucker for these things – even though I never do play the game itself for any significant amount of time, I still like to collect them. I’m not even sure where they end up half the time! 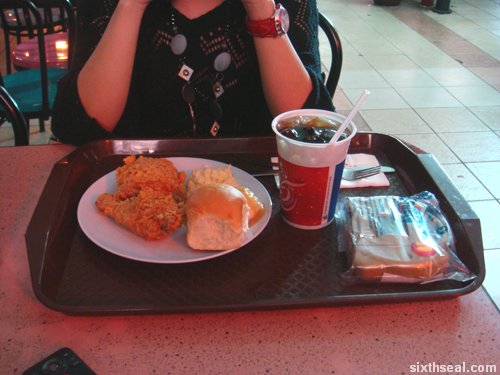 Phoenix and I shared a snack plate with a drumstick and a piece of thigh. 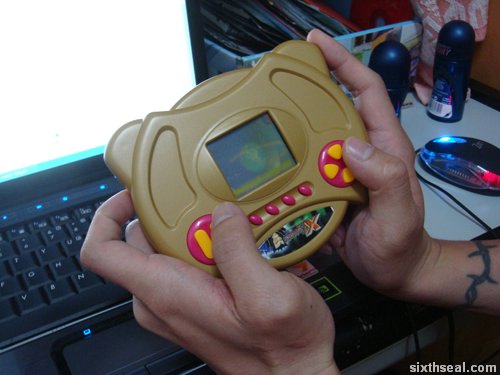 The handheld game is called X-Fighters. Batteries not included.

Eh, terbalik (upside down) some more…I don’t have AA batteries around my house.