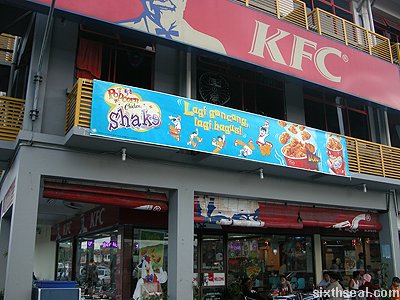 The promotional tagline goes “The more you shake it, the better it gets!” 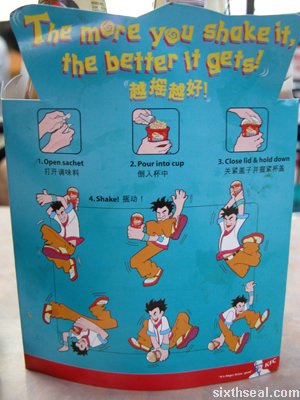 This is very disturbing considering the numerous instances of
pictures depicting a boyish persona doing a “Look ma! I’m shaking the
Popcorn Chicken Shake using a hand under my crotch!” maneuver, which
I’m sure is an advanced trick managed only by high level Popcorn
Chicken Shaking enthusiasts. 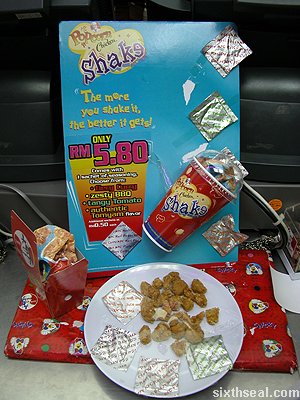 Well, I wanted to try all four flavors so I ordered all of them. The
first one is free, there’s a RM 0.50 charge for additional sachets.
Popcorn Chicken Shake. It comes in a customized cup, which is the 22 oz
cup that you usually get served drinks by. It’s made of the same
material and only the top is different – this one has a Starbucks like
dome cover, but without any holes. 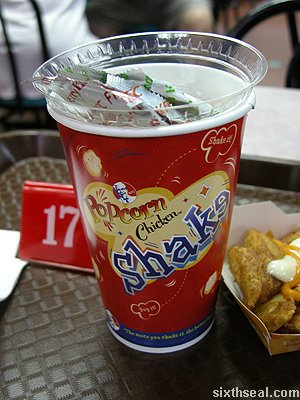 Popcorn Chicken Shake is basically Popcorn Chicken, which has been
used in many KFC products before. This time, it comes with flavor
sachets to add…well, flavor to the popcorn chicken. There are four
available flavor sachets – fiery Curry, zesty BBQ, tangy Tomato and
authentic Tomyam. Again, I’m not sure what the KFC promotion department
is thinking with this “caps only on the second word” thing. I thought
l33t sp34k died in the 90’s. 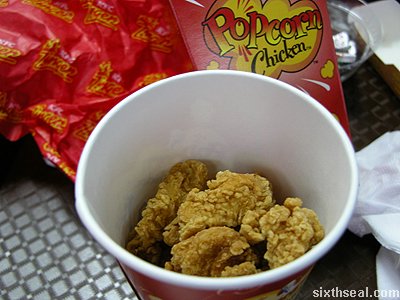 The popcorn chicken comes in the usual box and I poured it into the Popcorn Chicken Shake cup. 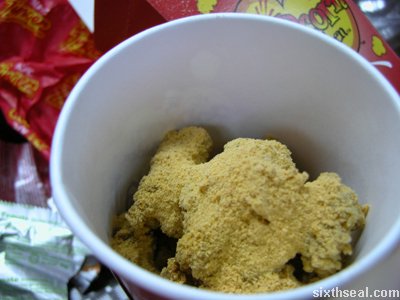 I tore up and poured all four flavor sachets into it… 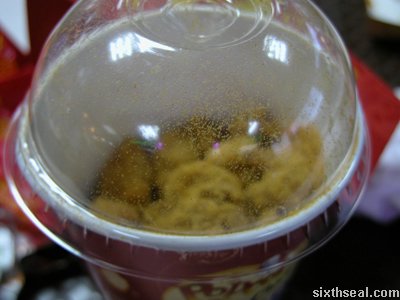 …and I shook! My friends gawped with admiration (or maybe it was
embarrassment) when I tried the expert level “One handed shaking it
under my crotch” maneuver. It resulted in this mess. The powdered
flavor sachets were evenly distributed amongst the popcorn chicken. 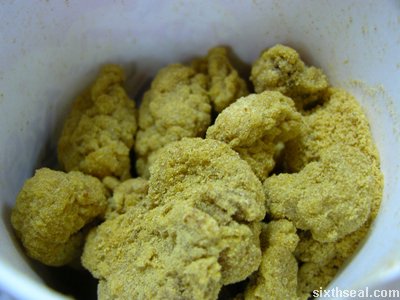 I nearly died of Chinese Restaurant Syndrome from the excessive MSG
content from four flavor sachets. I’m still recovering, but I’m not
impressed with this new KFC offering. 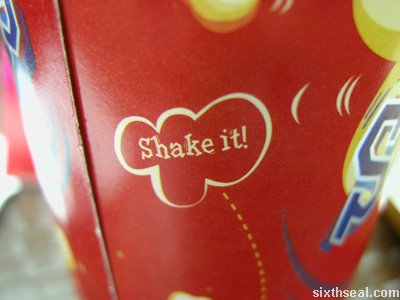