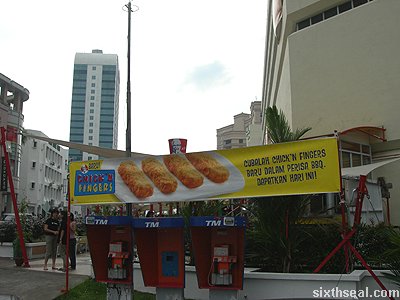 I went to KFC just now with Cherie and Joanne to get dinner. KFC is having a dual promotion – the KFC Meltz and Chick’n Fingers. 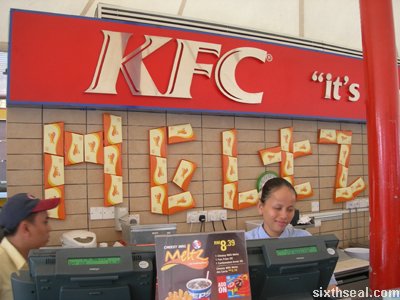 KFC Meltz is being heavily promoted by print and other media and is a tortilla based wrap with BBQ chicken meat which is similar in concept and taste to the KFC Chick’n Fingers. 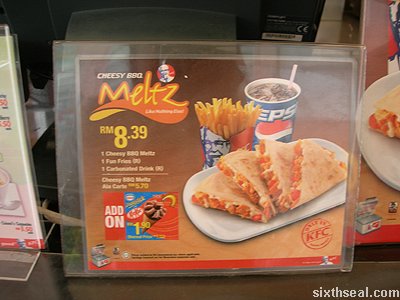 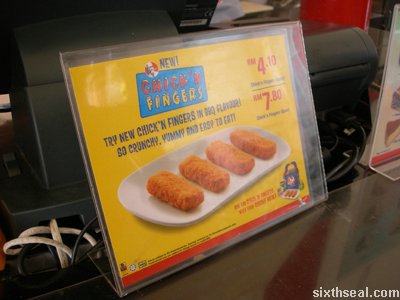 The KFC Chick’n Fingers comes in sets of 4 and 8 and goes for RM 4.10 for the set of 4. It is described as “Try new chick’n fingers in BBQ flavor! So crunchy, yummy and easy to eat!” 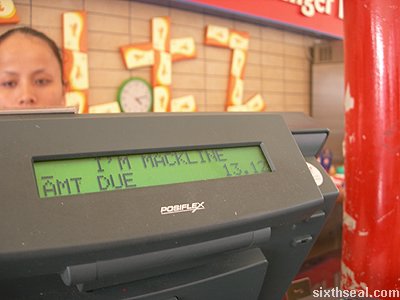 The entire meal I ordered cost RM 13.12 but it’s not counted since this post (and meal) is proudly sponsored by: 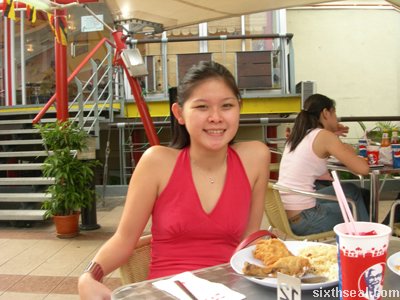 Cherie! She paid for my meal after hearing about Project MISER month. 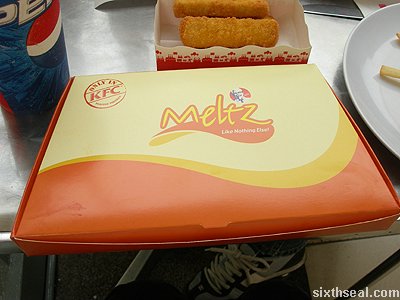 The KFC Meltz comes in a custom designed box… 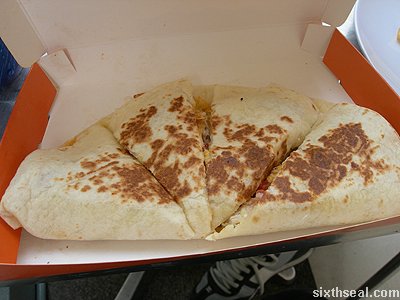 …which reveals the sliced wrap. 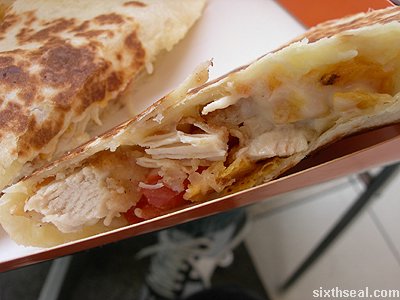 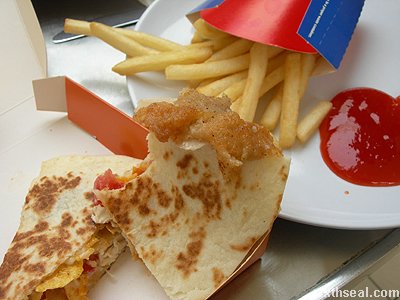 This is what it looks like after Cherie customized it. 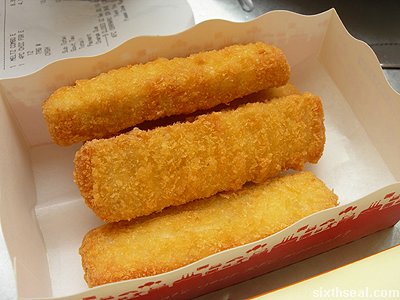 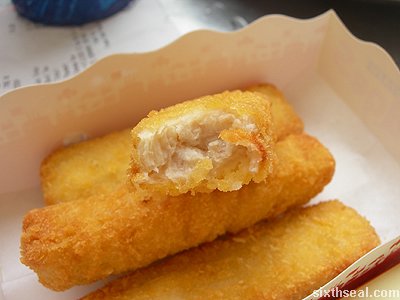 Thanks for sponsoring dinner and thanks for being there for me when I needed it Cherie.