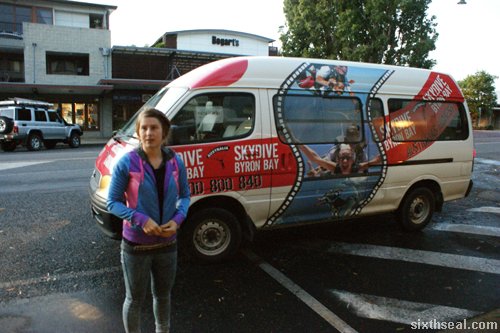 Well, there’s something to be said about starting your day by leaping off a plane 14,000 feet in the air.

Skydiving first thing in the morning followed by some sea kayaking action. I have to admit, I was probably the first one up and went knocking to wake some others that day. We were certainly the first boots on ground at the meeting point at the hotel lobby. Heh!

I was still half asleep when I signed the indemnity form. 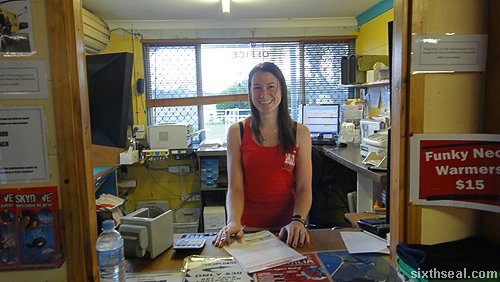 The Tourism NSW and AirAsia X people were kind enough to see if they can get me into a custom solo AFF since I’ve been through the course before but unfortunately, it was too late. They only have tandem packages on the regular menu, so we all got into the tandem skydive at 14,000 feet (highest you can go in Australia) courtesy of Skydive Byron Bay. 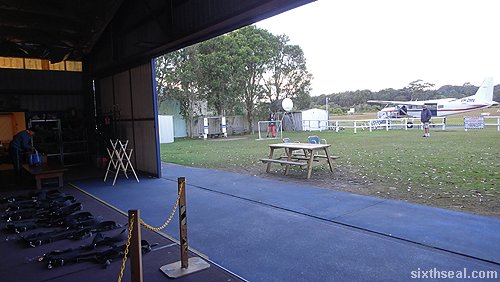 I didn’t film myself coz I had gone through all these before but Alycia did so look at her video to see what it’s like! She also wrote about her experience here.

It was a lot of fun for me since I haven’t skydived in Byron Bay before (and certainly not in autumn) but it gave me this idea about jumping out of a plane without a parachute.

Have you seen the video?

There’s actually two people who has done it before and contrary to popular belief, you don’t just need to have balls of (forged) steel to do it. You’ll need some training as well, so you can maneuver and not slam into the other person in midair.

That would probably involve a lot of dying since most people pass out when they crash into each other in midair at terminal velocity and thus would be unable to deploy their chute, much less do a tandem harness in the sky.

This is the second person to do it, I thought it was technically more difficult than Travis’ first attempt.

Terminal velocity is around 195 km/hour (it changes depending on how you shape your body and other variables – you can go faster, that’s how a person who exits the plane after you can catch up) and we got to experience that for about 60 seconds but I was talking to our driver and she happens to be getting her license so I told her I wouldn’t mind jumping out of a plane without a chute when she’s gotten her license. 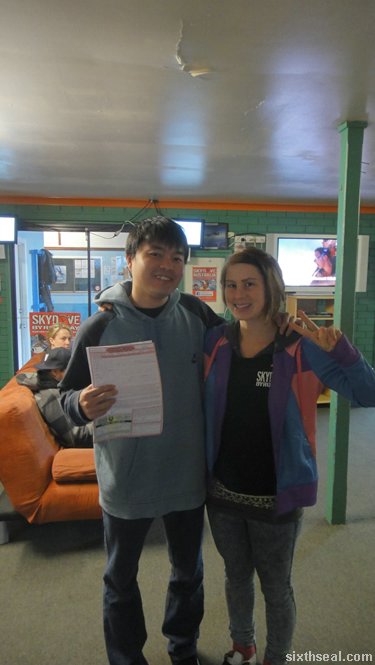 I was being totally serious btw.

Won’t it be the ultimate rush? You’re just depending on someone else’s chute and there’s so many things that can go wrong before you hook up and do the harness. It’s mind-blowing.

The mere fact that it’s mind-blowing means I have to try it. 🙂 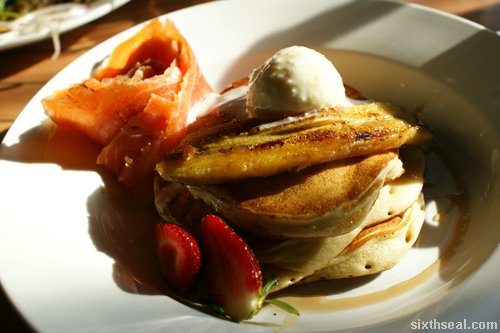 Anyway, we headed out for lunch after that in a bright and sunny cafe (with one opt out from being sick from skydiving) – there’s nothing like having buttermilk pancakes with fresh strawberries and bananas doused with honey with a side of smoked salmon that’s equivalent to an entire family packet to get some energy for sea kayaking… 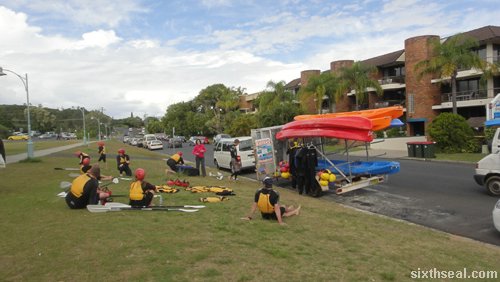 …which is exactly what we did that same afternoon, to spot dolphins and whales in the sea. I was supposed to pair up with Ringo but she can’t swim and I’m not a good kayaker so I teamed up with Alycia (who could swim) instead. I reckon it’s a great thing coz me and Alycia never overturned our sea kayak (everyone else did). 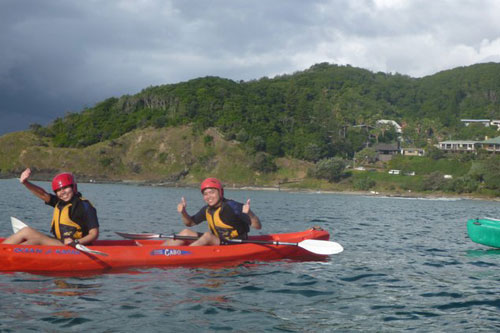 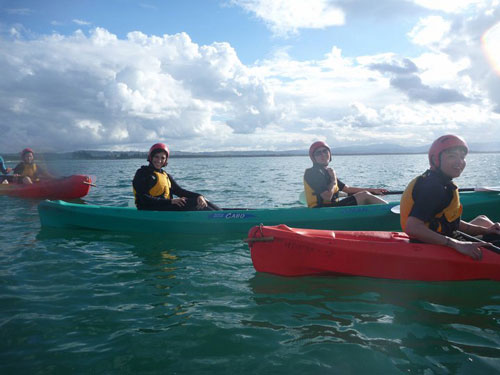 Sea kayaking requires you to power over the surf (this is the most difficult part) as you head out to sea – aligning your sea kayak in a directional wedge against the incoming tide so you can go over the waves and into the calmer seas after the break. 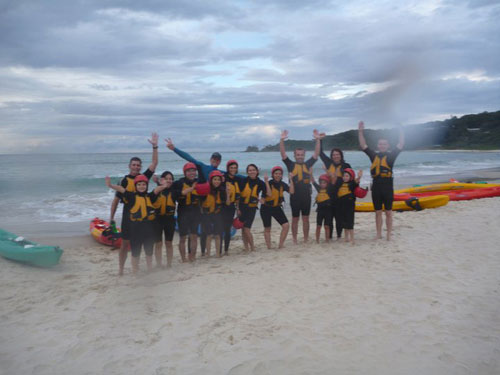 It was a lot of fun, just rowing in tandem with Alycia and getting past the rather large incoming waves and then paddling out to sea. I never did quite figure out how to make an emergency turn in the strong tides and I nearly had a hernia pulling the sea kayak back to shore after all that but it was more fun than a barrel of monkeys and Alycia turned out to be an excellent partner. 🙂

I didn’t remember to bring my waterproof digicam so all the photos are from the Cape Byron Kayaks Facebook page.

…so if you’re wondering just how fun a barrel of monkeys is, AirAsia X is having their Byron Bay & Beyond promotion for just RM 599 all in to Gold Coast now. 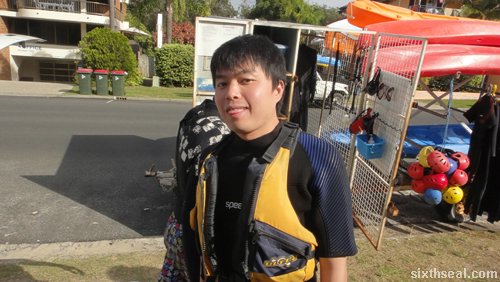