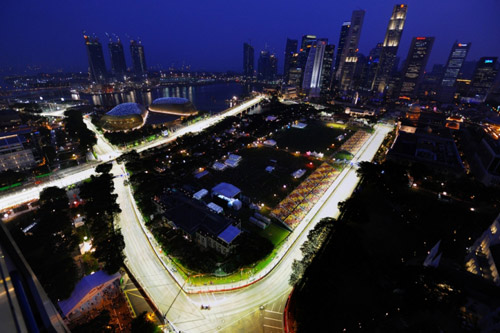 You know the one right? It’s the only F1 GP in the entire world with a night race. I reckon it was an ingenious twist to the F1 format when it first came out – it stands out from all the others and makes Singapore one of the places to be if you’re an F1 fan! 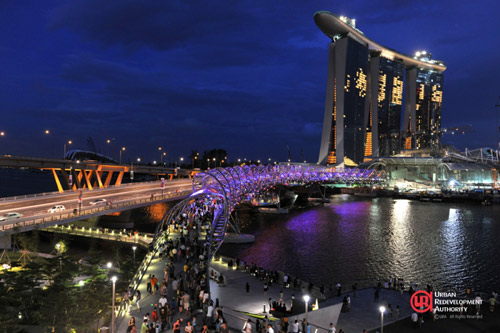 The actual race will start on the 25th of September with a total of 61 laps, making it a 309.316 km drive. Well, the F1 Grand Prix is of course the highlight of the event but I wonder if you know how they live in Singapore? 😉 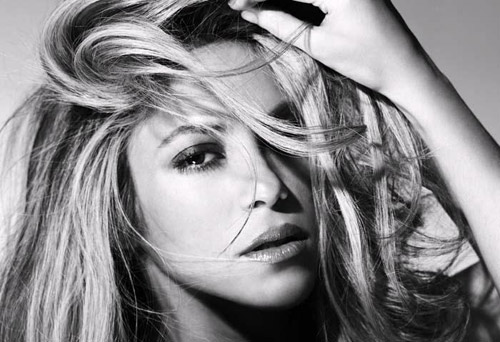 The 2011 Grand Prix Season Singapore lasts from 16-25th of September and is set with parties, fashion shows and performances throughout the season. It comes at a reputed entertainment lineup bill of SGD 5,000,000. That’s slightly over RM 12 million! 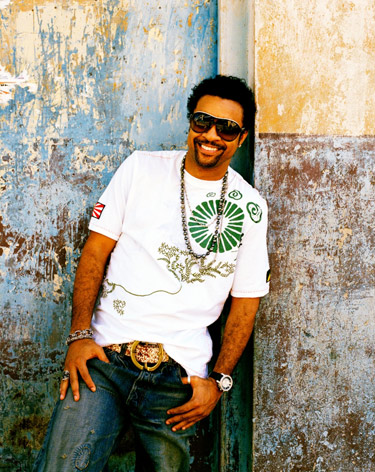 This mostly goes toward their Live Louder than Life theme this year with a focus on music performances and dance parties. If you remember last year’s theme, it was “It’s Gonna Get Loud” and this year’s will expand on that by giving F1 racing enthusiasts the experience of a lifetime by introducing them to the exciting and glamorous Singapore nightlife! 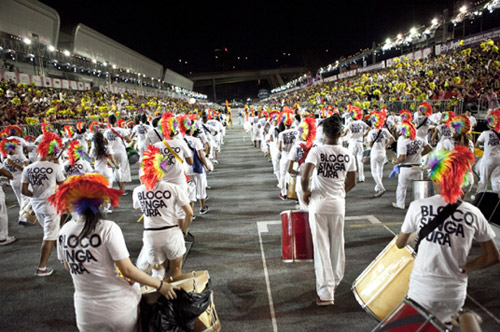 That’s right, no one goes to just the race itself. From experience in the F1 races in Melbourne and Sepang, there’s loads of events going on at the time to cater to the fans during the lulls in the action on track. 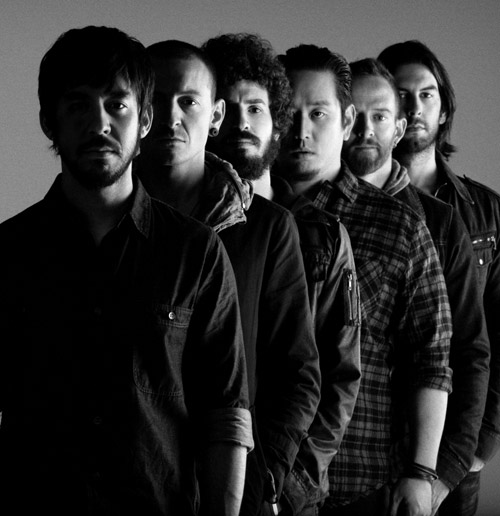 Singapore is one of the most glamorous places to party in Asia – I believe they’re at the #1 spot or close to it according to this clubbing report I read. They’ve got an outstanding lineup of international artists this year – Chemical Brothers, Linkin Park and Shakira is just the tip of the triple A list entertainers coming in.

Here are highlights of the few parties that I think is going to be a blast:

This is an annual VIP party with F1 drivers and stunning models gracing the club with a fashion show set to beats of international Djs from London to St Tropez. 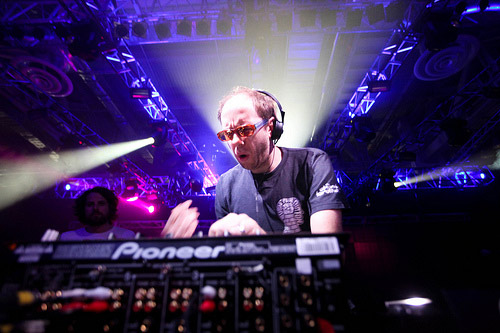 The Chemical Brothers are going to spin here! It’s headlined by The Bloody Beetroots Death Crew 77 and also features Benny Banassi (!!!), Massive Attack and Boy George. The entire list is too long to well, list here, but it’s hard to argue with the Chem Bros playing Dig Your Own Hole while you soak in the panoramic views of Marina Bay…it’s Avalon, the hottest club in Singapore!

DJ Angie Vu Ha – Asia’s first supermodel DJ will be spinning there on the 23rd of September. You can also race on the F1 simulators and stand a chance to win exclusive Ferrari merchandize. Need I say more? 🙂 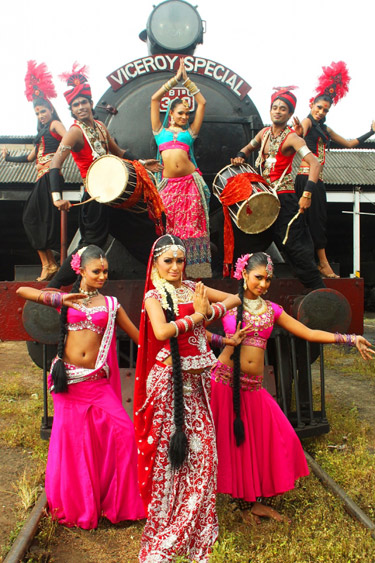 Yes, it’s BACK! The Worldwide Festival returns with artists which includes Kyoto Jazz Massive, Floating Points, Mala, Gilles Peterson, Shuya Oniko and more! It’s 3 days of partying in indoor and outdoor venues. This is going to be awesome, there’s nothing quite like a beach party. 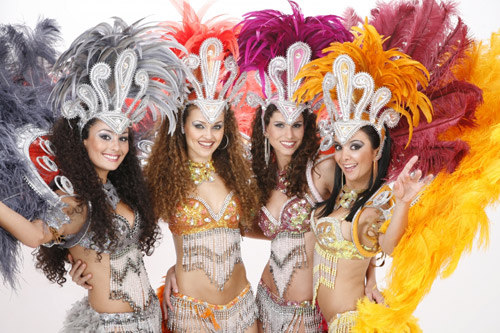 Anyway, if you’re a fan of both F1 and partying (it seems like there is a high correlation between the two) you can gear up to the actual event by participating in the Grand Prix PartyBlaster contest. You can hear sample tracks from the top DJ’s who will be performing at the Grand Prix Season Singapore parties and share them. 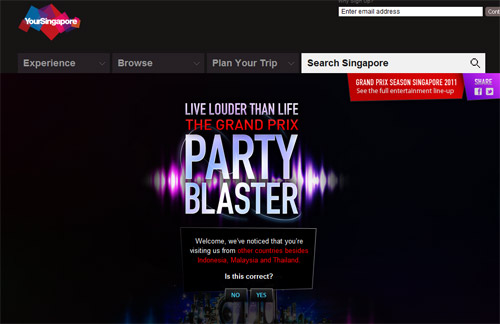 No, I’m just using a US-based proxy. Excellent job in detecting and allowing me to select the correct country though – it’s the little things that matter. 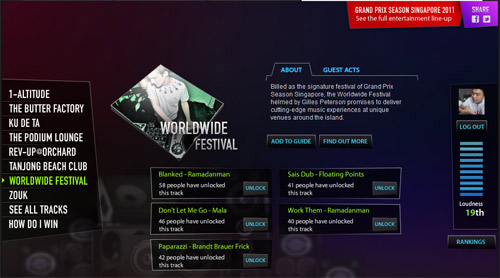 The best thing about this application is that you get to win a FREE trip for two to Singapore, inclusive of race tickets, airfare, 4D3N accommodation and access to selected clubs and parties all weekend, if you’re the “loudest” (most number of posts shared) user. 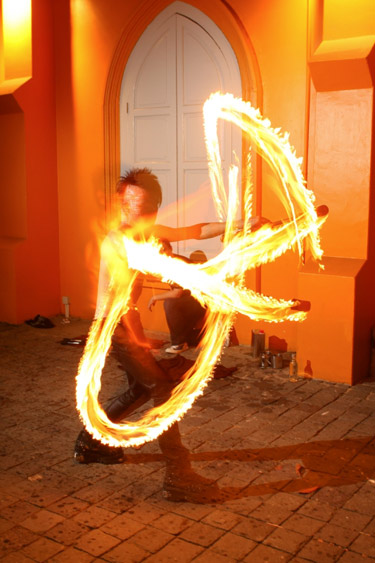 …and hey, even if you don’t win, you’ll have a blast (pun intended) listening to the A list DJ’s. Turn on, tune in, drop out, at YourSingapore.com!