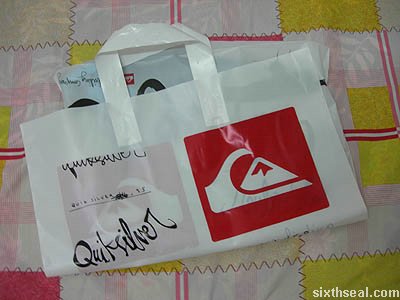 My girlfriend went to KL recently and got me a T-shirt from Quiksilver (perhaps my favorite label for apparel). 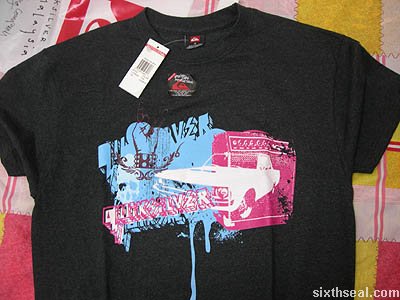 The T-shirt retails for RM 79.90 and comes with the designation QST ROCK ON – QuikSilver T-shirt – Rock On motif. 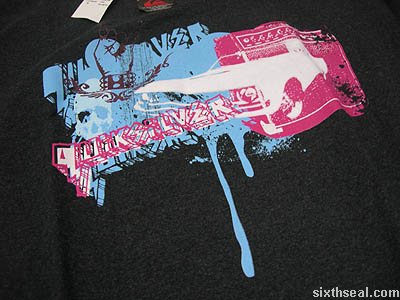 Here’s a close up of the front of the QuikSilver – Rock On design – it has a gritty color scheme and hard lines with some neon colors. 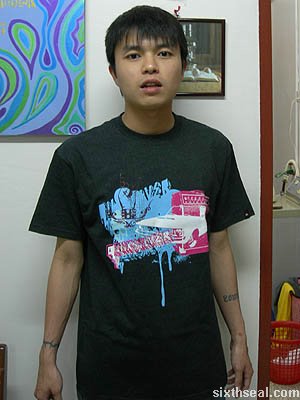 I just came back from the circus and I’m going out for dinner soon so I’ll reply all the comments when I get back. I’ll update again later. Cheers all! 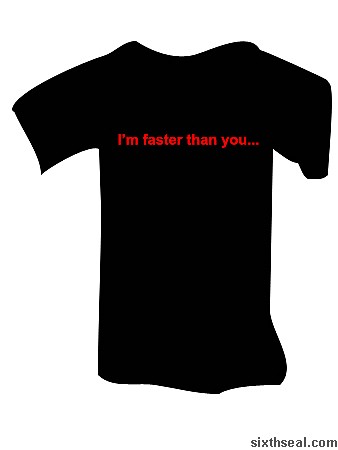 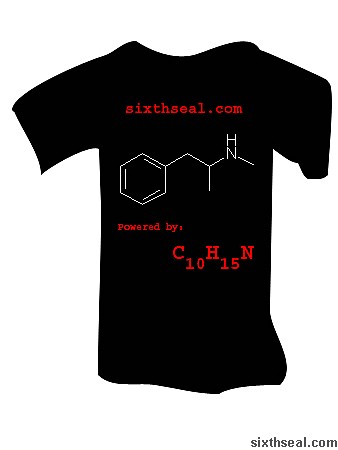