a.k.a. Monks with psychology degrees 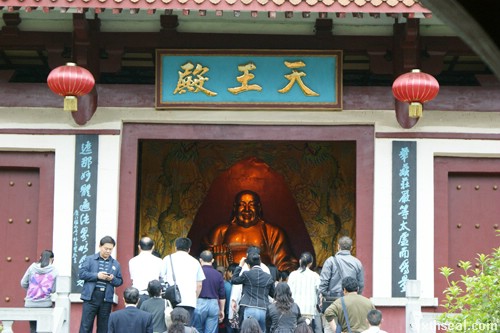 Okay, I knew it was a tourist trap since it was one of the stops of the Li River Cruise. I wasn’t going to buy any of that crap anyway but since I was in a holiday mood and in high spirits (pun intended – was carrying a bottle of their Sweet Osmanthus Wine) I went in anyway. 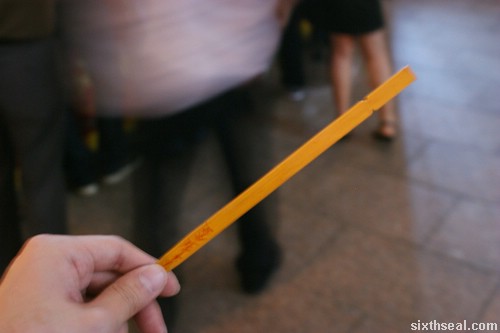 I picked one of them joss sticks (apparently they have this ritual where guys use their right hands but girls use their left hands) and it was tabulated against a book of sorts where I was given a piece of paper.

That paper, according to the people behind and ahead of me was Very Good (TM). 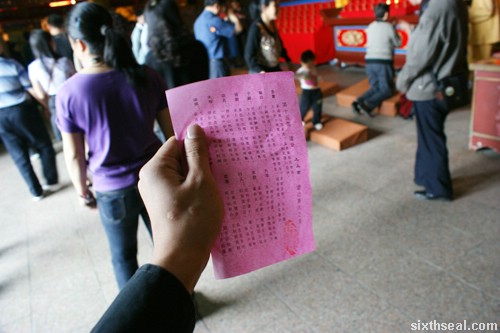 Personally, I think the monk who attended to me is Excellent (TM). He must have a doctorate in Psychology from some Ivy League school. That or he’s just one of those who’s good in profiling people (NSA would do well to hire from this temple).

He just asked me how old I am and what I wanted to know. I answered career and romantic relationships (in that order). 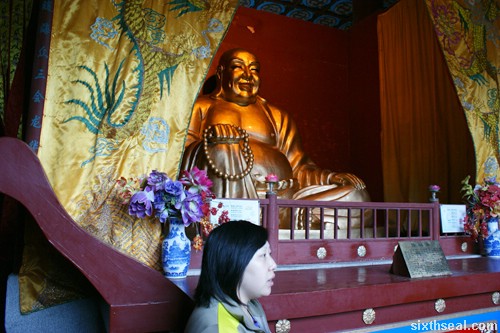 He looked at me and said:

I was a bit taken aback by all this profiling but I after a bit of thought it’s a no brainer:

I came alone to China – rules out relationships
My age and demeanour – obviously I am working and most people resent having to answer to a boss (I know everyone has a boss yadda yadda)
Striking out on your own – that’s what everyone wants, he’s just telling you what you WANT to hear 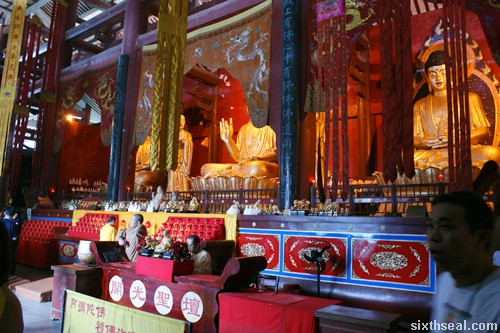 Since I was nodding at all the right times, he rightly profiled me as a sucker and led me to a donation box. I was asked to donate RMB 300 at least. It’s either RMB 300, RMB 600 or RMB 900. I said no, but as a gesture of goodwill, I will give RMB 200 (which is about RM 100). I did that not just to go against the numbers but he has also said some things about me that I didn’t reveal and I’m still trying to figure out how he managed to profile that.

He gave me this doohickey that I’m supposed to keep in my wallet for 3 days before taking it out. I forgot all about it and only remembered when I saw the imprint on my wallet.

Disclaimer: I do not believe in organized religion. I would call myself an agnostic but one with ties to Christianity subtype Protestant genus Methodist. That is the official denomination of my family but I’m the only one who does not believe in a God per se. You know how it goes, using religion as a crutch. As the Scottish proverb goes “Danger past, God forgotten“. 😉 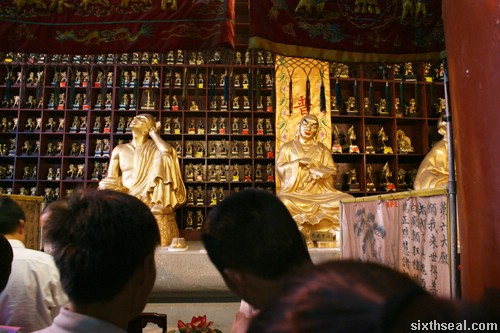 Hello God? Is that you speaking to me? I’m going to have to ask you to speak louder coz I can’t hear what you’re saying.