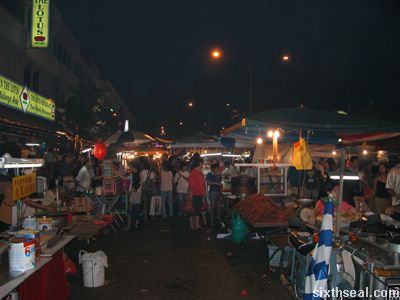 A couple of us headed down to Bangsar pasar malam last night to get
some fresh produce. It’s only open on Sundays from what I heard from
Richard, unlike Sibu pasar malams which are open every day of the week.
Anyway, we had dinner at the place right in front of the pasar malam
before heading in. I saw this perfect roti tissue while walking in, so
I ordered that but unfortunately, there seems to be two roti canai
stalls because my roti tisu was quite dismal: 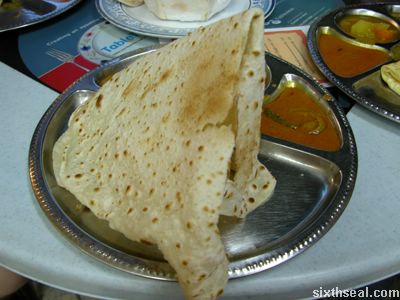 One of the less aesthetically pleasing roti tisu’s around.

Anyway, I didn’t finish that one, don’t really see the appeal in
roti tisu since it’s just a roti canai. Shaped like a hat. I got
another roti pisang to eat, that was great, I like eating roti pisang
without the curries, coz it’s sweet by itself. 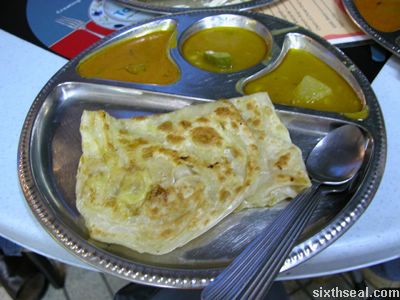 Roti pisang (with bananas inside).

Well, after that we walked around the pasar malam to get some
vegetables and other stuff for cooking. Here are the photos of the
Bangsar pasar malam at Jalan Telawi photo shoot: 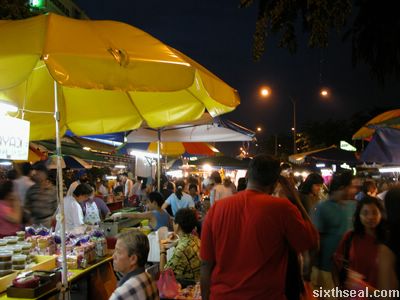 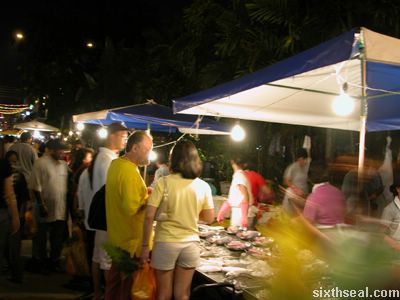 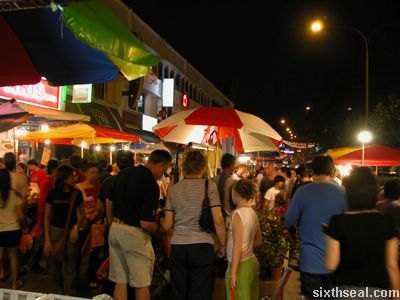 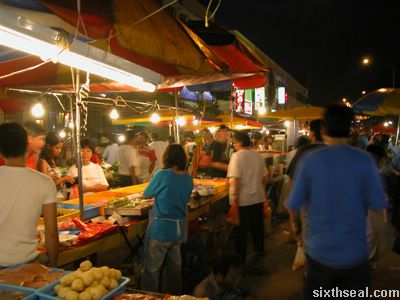 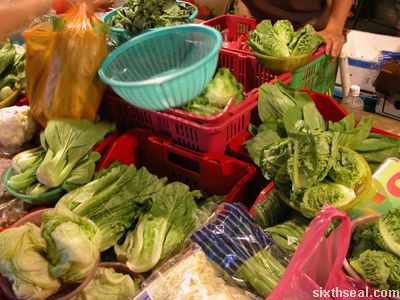