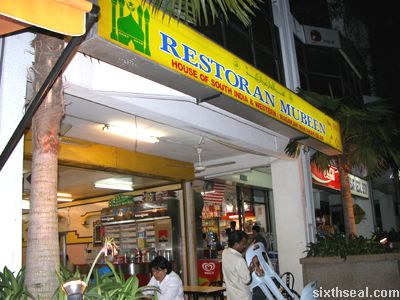 I went for supper last night with Danny and Prem. I think it was
supper anyway, although it could have been breakfast or lunch or even
dinner from the night before since I haven’t had anything to eat for a
while. We were at Restoran Mubeen and I managed to choke down a plate
of maggie mee goreng. No fault of the place, mind. It’s just that my
appetite hasn’t been exactly rampaging for a while. 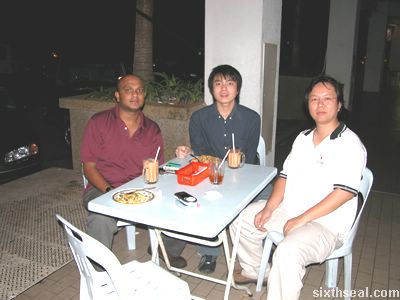 This is us at Mubeen. L-R: Prem, me, Danny. I actually tried
to cancel at the last minute, because I…er, overextended myself
*cough* and I had a flight the next day (which is today) so I needed to
go to the airport at 5:30 am. Danny won’t hear any of it though and I’m
glad I went.

Which reminds me, the following three pictures was taken by him while we were eating at Mubeen: 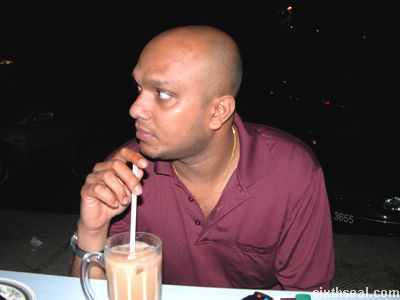 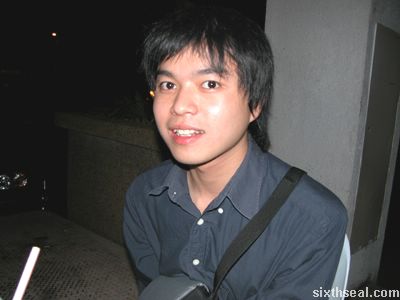 This is me. I hear I’ve been slurring my words, so I may not have been the most sober person in the world at that time. 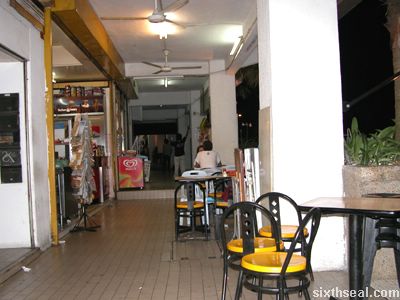 This is a random shot of the area around where we were.

Anyway, Restoran Mubeen’s opening hours expired, so we moved over to the next place – Restoran/Kafe Chinonee. 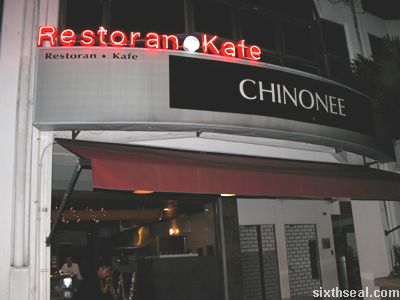 Restoran.Kafe (they couldn’t decide which one they wanted to be) Chinonee.

Prem and Danny are really nice people to talk to and it’s great to
hang out in a non-workplace context, it allows for much more
interesting conversation. 😉 Here’s a shot of us at Chinonee: 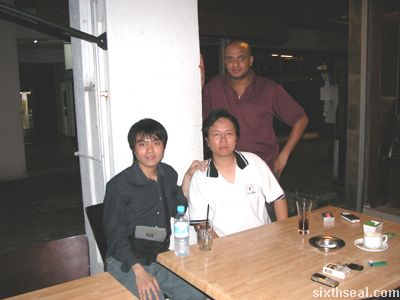 L-R: Me, Danny, Prem. Chinonee closed up after a while so we
headed back. It was good catching up with them. I didn’t know where the
next couple of hours went though coz the next time I looked at the
clock it was nearly 5 am and I realized that not everything was packed
so I threw the rest into a big suitcase and obviously got to the
airport in time, coz I’m blogging from Sibu now. 🙂

Excuse me, I shall reply all comments and post again tomorrow. I’ve
gone without sleep for a while and Newton is insisting that I observe
his law ever since yesterday so I’m afraid I’ll have to comply with his
unfortunately irrefutable law. I shall attempt to drive now to pick up
my completely legitimate 2 x 2 mg clonazepam daily script. Remind me to
cabut if I get into an accident because I’m sleep deprived and probably
won’t pass any thorough investigation should a formal inquisition be
made. 😉