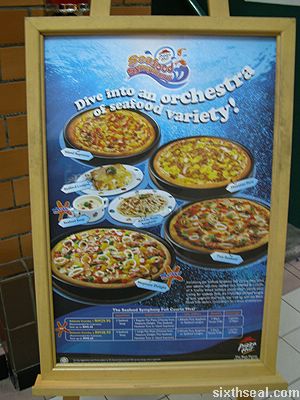 Pizza Hut has this seafood promotion going on. We went there last
night for dinner and had the Atlantis Combo 2, which includes 4 seafood
soup as the appetizer, a large pan pizza (choice of Neptune Delight,
Thai Seafood, Hawaiian Tuna or Island Supreme) as the main course, 2
Alfredo Tuna Spaghetti or Seafood Lasagna as the side order, 4 Black
Forest Trifle as the dessert and a pitcher of Pepsi as the beverage. 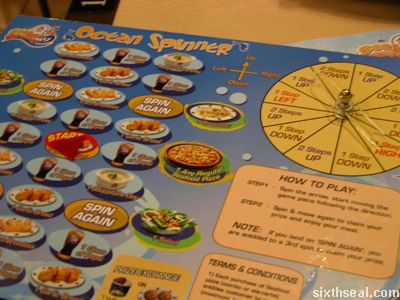 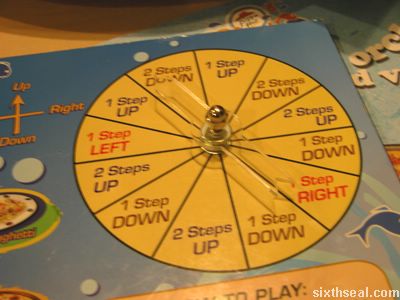 The Ocean Spinner shown here shows which navigational direction your piece will move. It’s made to look like a compass. 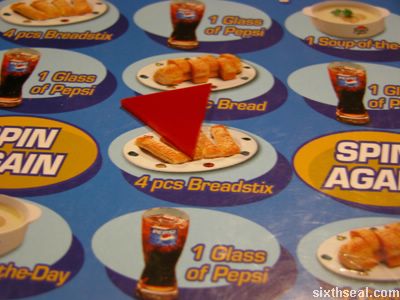 You’re allowed to spin twice and you move the piece accordingly.
Miriam spinned, since she was the guest of honor (last dinner before
she leaves) and the red Bermuda Triangle moved up twice, giving us this: 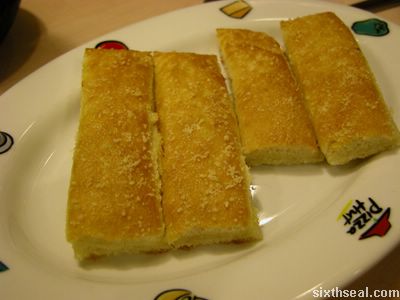 It goes really well with the dessert, if you eat them together. Here are the rest of the food photos: 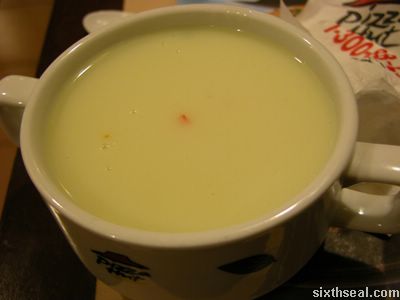 It had something resembling seafood inside and it had a seafood taste to it. I can’t comment further than that. 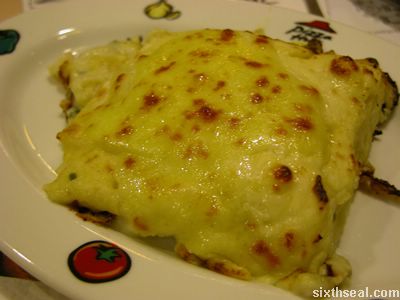 The lasagna is good, there’s not much seafood bits inside, but the creamy sauce makes up for that. 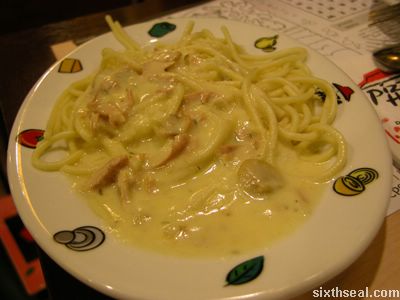 It was alright, but nothing to write home about. It had pieces of
Seafood Stuff (TM) in a thick sauce of unknown origin. It tastes
like…well, seafood. 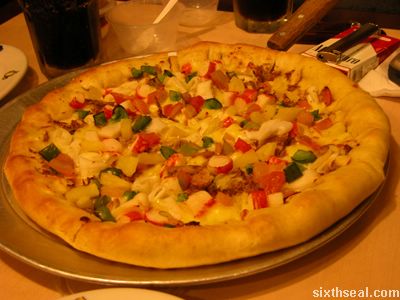 This is the new pizza so we went for this one. It has tuna, squid,
pineapple, crabmeat stick, green capsicum, fresh tomato and lime
mayonnaise sauce. 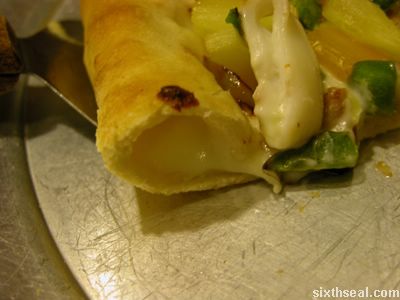 We went for the cheese crust as well. It’s fit for Neptune himself.
It tasted good to me anyway. I think I ate half of the whole pizza
(munchies). 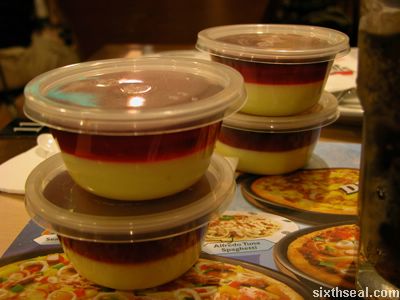 It has a blueberry jelly top and a bottom that has the consistency
of custard, with a layer of biscuit crumbs in the middle. Tastes rather
like cheesecake. 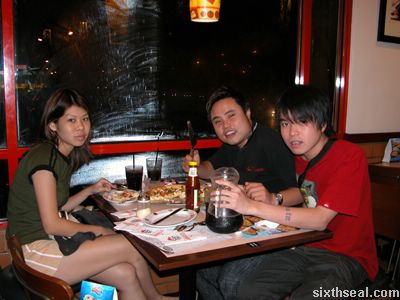