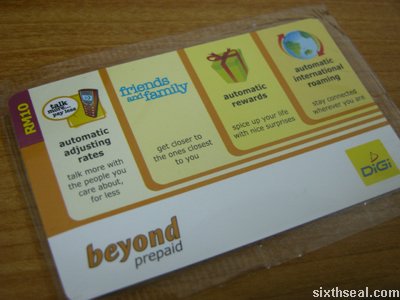 Did you know that Digi (016) has RM 10 prepaid reload coupons for
sale? I was flabbergasted when I found out – I thought they phased out
the smaller denomination cards after the initial test market many years
ago. 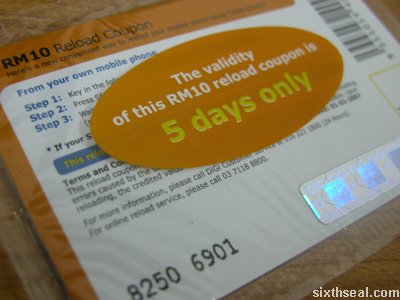 The airtime validity is only 5 days, so I don’t see how useful this
would be, but I got one anyway, just coz I haven’t seen it around for
AGES! It would be interesting to keep, and it wouldn’t hurt to have it
around when you run low on credit. I heard it just came out not long
ago.

I’ve been putting this track on repeat…it’s an old favorite. I
love this song, you really need to download the MP3 and listen to it,
it’s great!

1. One o one point one Fahrenheit 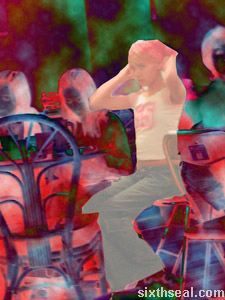 101.1 Fahrenheit
to some it’s a fever, to her it’s just right
and I can’t hold her,
and it’s bringing me down…

Her blood runs hot but her heart beats cold
She’s a devil with an angel’s face, I’ve been told
I think I’ll push my luck next time around

I’d walk through fire for you
I’d burn in hell to make it all true,
but I never loved anyone else in this world but you…

A thousand reasons why I try
to prove to you I’m not the other guy
I don’t give a damn what other people think.

A flair for the strange and a temper like a whip,
a soft hand clutches a riding crop grip…
the smell of latex rubber – it drives me insane!

You know I’d rather die then to fuck this up
wouldn’t get another try.
Got one chance, there’s nothing I wouldn’t do…

You be my master, I’ll be your servant
on my knees I beg to be abused.
You can take the skin right off my back
with a riding crop or a leather strap…

I’d take it all just to be with you…

You’re my goddess and I worship you. 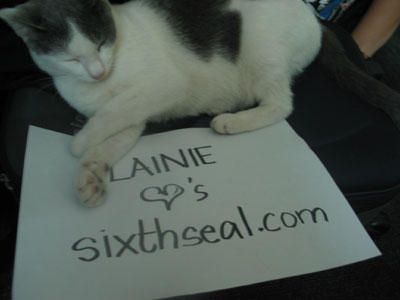 I just realized that Lainie sent me five photos instead of one! Here’s the original post, with the four new photos added in:

I did not even know she sent me an email because I haven’t logged
onto my Gmail account since…er, the last time I sent out invites. I
have to say that I don’t use that mail account, I use my domain’s MX
server, so I don’t log in there unless I have something to do…which
was how I found the four new photos…

It’s technically against the T&C but I was bored and decided to
grab a couple of invites (which was when I saw the email from Lainie)
and swap them for a custom photo at Gmail swap. Anyway, before you make
any assumptions…I got a guy to do it. There! Bet you didn’t expect
that. :p 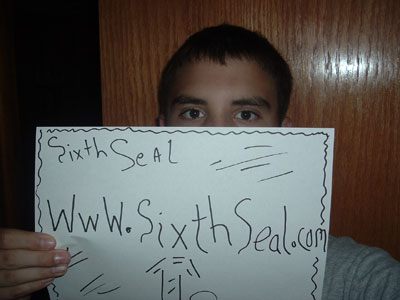 This is John, who hails from the states.

The disproportionate number of XY photos has been effectively
nullified by this one, so I can once again claim, that here at
sixthseal.com, we always aim to please. 😉

…and we make concessions for our female readership as well. :p

P/S – The track above is really good, download it and give it a
listen. I couldn’t host large files permanently before, but now that I
have my own VPS, I’ve taken to hosting video and audio files. Oh, and
it’s a really good song, have I mentioned that? 🙂