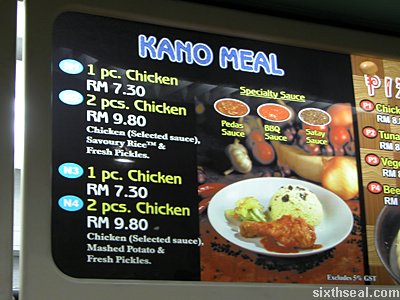 Sugarbun has been offering the Kano Meal for a while, as part of
their constantly expanding list of menu items. It consists of two
options – Kano Chicken with Savory Rice or Mashed Potatoes. There are
also sub-options of one or two pieces of chicken. Kano Chicken is
Sugarbun’s chicken with a choice of three specialty sauces – Pedas
Sauce, BBQ Sauce and Satay Sauce. 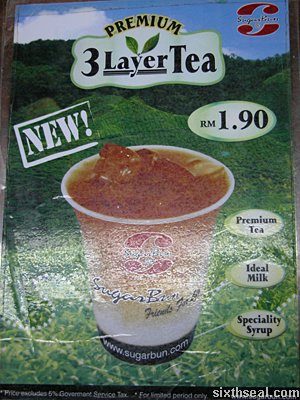 I also noticed that Sugarbun has a new drink out – Premium 3 Layer Tea. The promo looks like the “new” drink is…well, heavily inspired,
shall we say, by the famous 7th mile teh c peng in Kuching. It retails
for RM 1.90 and the promo shows the distinctive demarcation of tea,
ideal milk, and specialty syrup (read: gula melaka) that is the
signature of the 7th mile teh c peng that’s been around for…pretty
much forever. 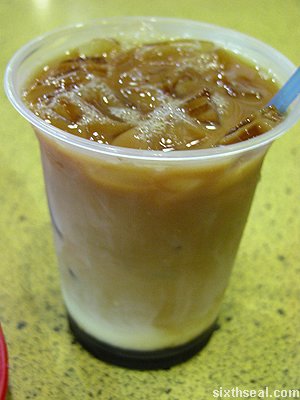 This is what the new Premium 3 Layer Tea looks like. It looks very
much like a commercialized version of the said 7th mile teh c peng. The
“specialty syrup” is a thicker version of the standard gula melaka
though. It’s hard for it to dissolve into the whole concoction, even
with vigorous stirring. 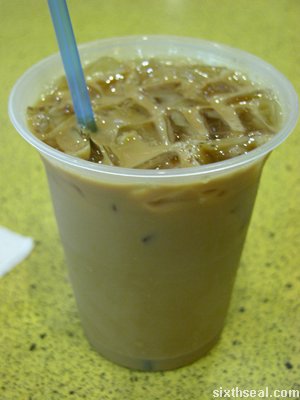 The finished drink tastes exactly like the teh c peng you can get if
you’re willing to drive 7 miles away from Kuching. However, I noticed
that the gula melaka is not just pure gula melaka. They did have merit
to call it “specialty syrup” coz it has a nice overtone of mint. I
guess that’s where the additional 50 cent surcharge comes from, but
then again, you have to pay for gas to drive to 7th mile. 😉 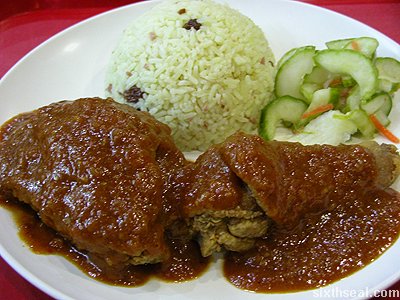 This is the Sugarbun Kano Meal. I chose the Pedas Sauce with two
pieces of chicken and savory rice. The sauce tastes great, it’s not
very hot by my standards, but it’s hot enough to please me. They
slather the stuff over the chicken very generously too, so that’s
another plus point. It’s good. 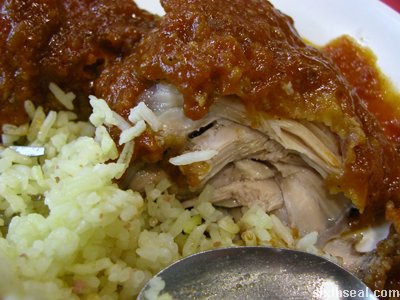 Here’s a macro shot of the Kano chicken. I opted for a drumstick and
a piece of thigh. This is the good part of the thigh, where the meat is
juicy and tender. Mmm…chicken… 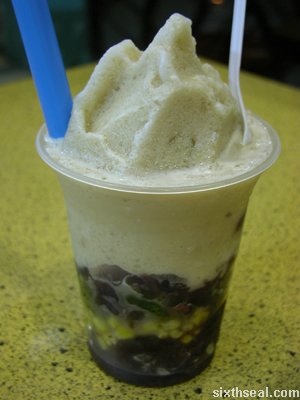 This is the one thing I always drink at Sugarbun – their Ice Kacang.
It’s absolutely fabulous, much better than other implementations I’ve
ever had, any where. It costs RM 3.50, which is much higher than hawker
stalls and their ilk would charge, but it’s worth every cent. Damn good
stuff, I tell you…