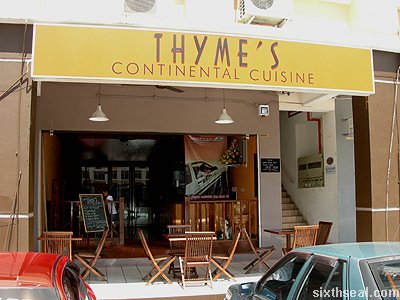 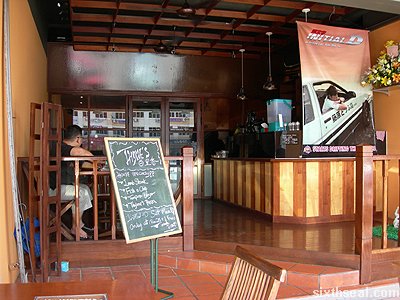 There are several sections in Thyme’s Continental Cuisine – there’s
an al fresco seating area to the front, a shaded patio with a juice and
coffee bar and the air conditioned interior. I noticed an Initial D
promotional poster and asked about it – the proprietor told me that
they have a promotional tie in with Star Cineplex. 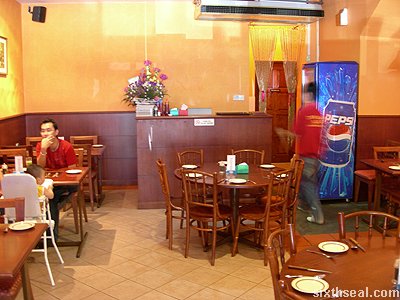 Anyway, back to Thyme’s, the interior is a nicely decorated area
with subdued lighting. I’ve seen this place at night and I’ve always
thought the lighting is nice, if anything. Thyme’s Continental Cuisine
serves continental fare – there’s pasta, salads, various cuts of
steaks, club sandwiches and pizzas. 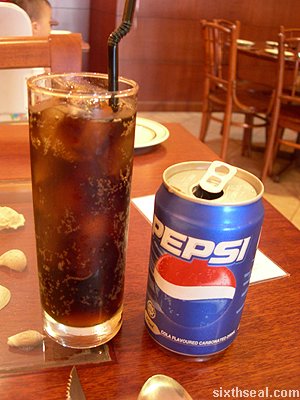 Intrigued by the Initial D The Movie promotional tie in, I ordered the Initial D Set Menu 1
(RM 25). It consists of miso soup, 86-Burger, tiramisu and a Pepsi. I
wanted to order Thyme’s Tempura Prawn Burger too, but the waiter
discreetly informed me that the “86-Burger” (as in AE-86 of the hottest
current franchise) is the exact same thing as the Thyme’s Tempura Prawn
Burger. 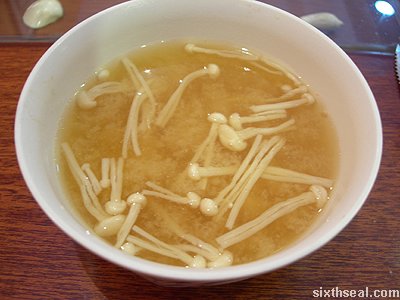 This is the miso soup which came out first…it has that slight
cloudy-sediment formation that I associate with miso soup but seems to
have an alien ingredient (at first look) inside – bean sprouts!
Fortunately, it was just remnants from last night’s visual…er,
discrepancies (review coming up). It isn’t bean sprouts but wonderfully
soft small capped mushrooms. The miso soup also has shrimps inside, a
very nice touch, taste wise. 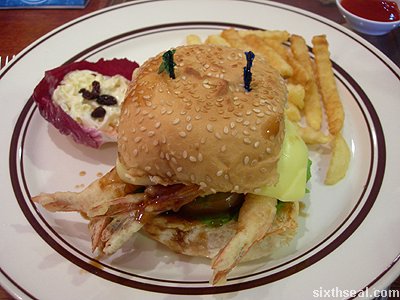 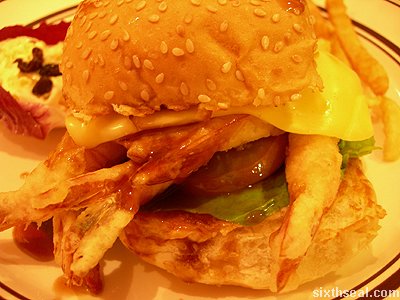 Here’s a peek under the skirts of the 86-Burger – there are generous
amounts of large battered tempura prawns but I think the machine is
leaking tonkatsu oil…it can be toned down a little. 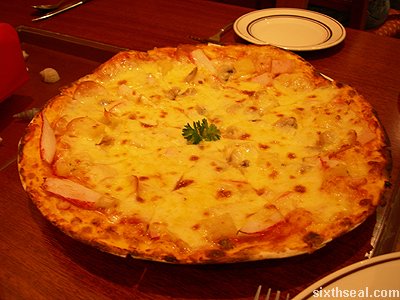 I also ordered a pizza – this is The Thyme’s Pizza
(RM 17) which was recommended to me as the flagship of their pizza
line. It contains turkey ham, crab meat, mushrooms, pineapple and
chicken pepperoni. It’s an authentic Italian style flat crust pizza. 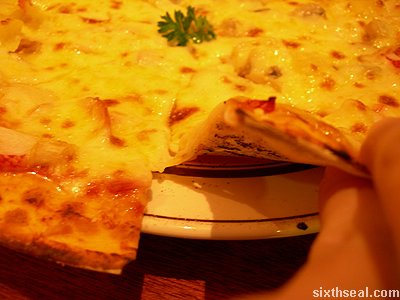 The flat pizza was baked perfectly too, it comes highly recommended from me, but be prepared to wait. 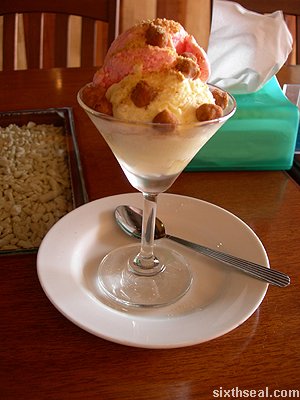 Unfortunately, the tiramisu was finished so they offered me a sundae
as a replacement dessert. I moved to the patio outside for dessert and
ordered a Mocha. The sundae has slightly salty batter coated peanuts,
which I found to be an interesting choice to implement in a sundae.
It’s unusual but surprisingly came out well. 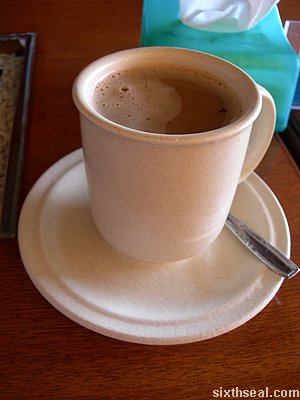 I also managed to chat with the very hospitable Mr Chan, who is the
proprietor, over a mug of Mocha. I asked him about the Initial D
promotional tie in with The Star and he kindly gave me a ticket for the
Initial D movie when it opens in theaters and gave me a good discount
on my bill too. 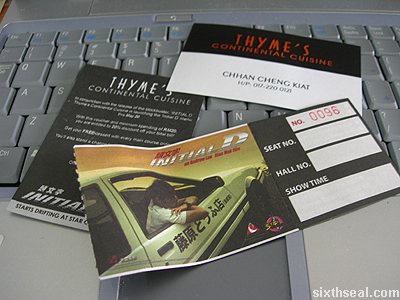 This is the Initial D movie pass that is valid at Star Cineplex.
This is one movie I’m looking forward to watching. Thyme’s Continental
Cuisine has a nice range of continental cuisine that will not
disappoint you. The food is affordable and the ambience is nice. It
comes highly recommended from me.