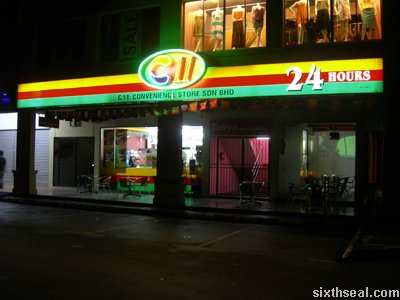 I woke up in the middle of the night and couldn’t get back to sleep…I looked at the clock. It said 2:56 AM. I always remember the time if it’s close to a certain hour e.g. high digit 50 minute to the next hour. I felt like getting something to eat. There is nothing to eat at my place, so I thought about which establishment would be open at this hour. I wanted:

Instant noodles (ramen) in a cup (craving for it for some reason)
Cold beer (nothing like a cold beer in the middle of the night ;))
Haagen Dazs ice cream (or just any ice cream, but Haagen-Dazs would be good)

These are not very easy criteria to meet at 3 AM in the morning in Kuching. I wanted a place with seating arrangements too (the F&B industry calls it “tables and chairs”).

I drove out in the direction of my office (while under the influence of a cocktail of benzos, namely, alprazolam (Xanax), clonazepam (Rivotril), and a lot of midazolam (Dormicum)). I suddenly saw the light – C-11!

Not all of them do, though. Ironically, some close at 10 PM but the one right after the Simpang Tiga Flyover (King Center roundabout bypass) opens 24/7 AND has tables and chairs outside too.

I parked and entered the establishment. It was a little after 3 AM. 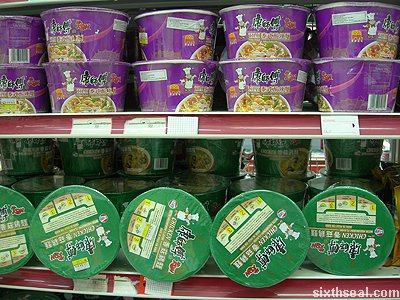 I randomly grabbed a Styrofoam container of instant noodles… 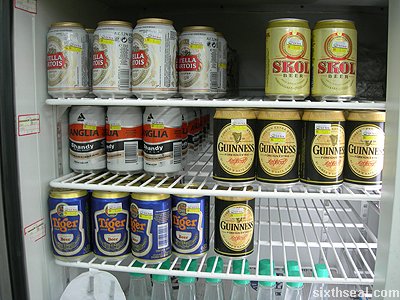 …opened up the cold drinks fridge and grabbed a can of Skol beer. 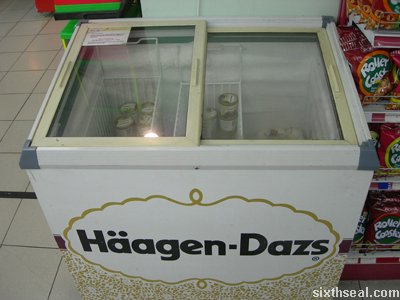 …and went to the Haagen-Dazs freezer 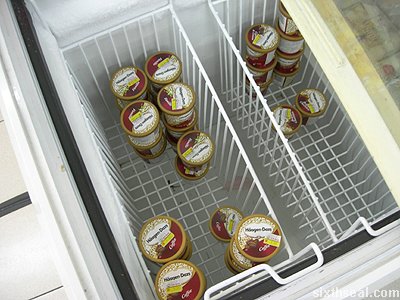 …and picked up a mini tub of Cookies and Cream ice cream. 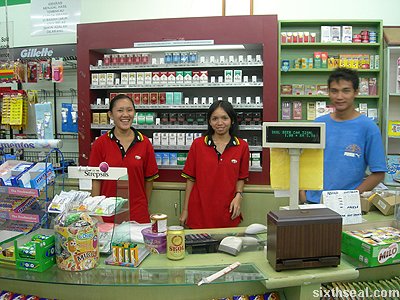 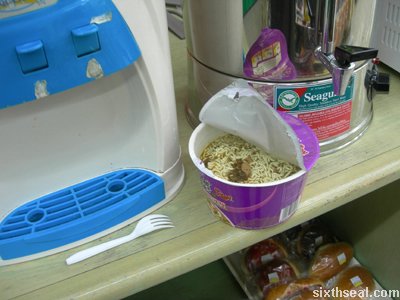 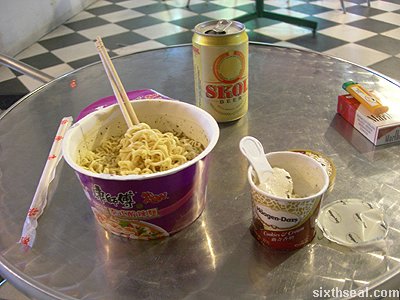 …and went outside to dig in. Instant noodles, beer and ice cream. This combination is great, take my word for it. 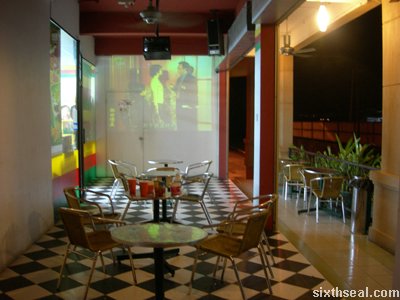 The C-11 outlet right after the Simpang Tiga flyover even has a projection TV system showing some Chinese serial. 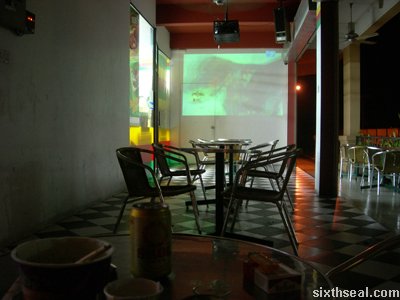 One of the staff came out and asked me if I wanted to watch another channel. I said I didn’t mind and he probably thought I was on something coz he switched to MTV and turned down the lights (“Is this better?”).

Damn good service, I tell you. Minimum wage workers at the equivalent of a 7-11 going out of their way to please a customer coming in at 3 AM in the morning.

Back to the question:
Where can you get a meal of instant noodles, cold beer and Haagen-Dazs ice cream at 3 am in the morning? 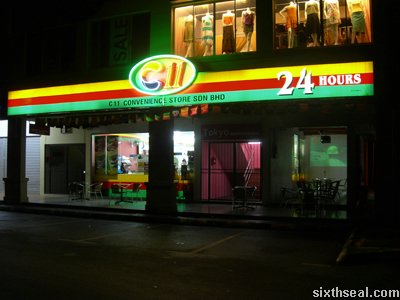