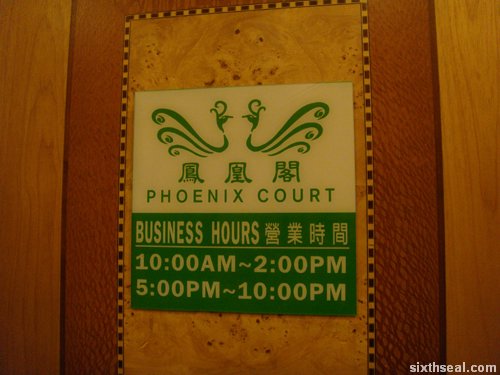 I had promised to buy a curry fish head dinner at Sheraton for some fellow bloggers who had helped me out in the Oreo and Heineken posts and they never really let me forget it. 😉 Unfortunately, Sheraton was closed for the week due to the proprietor being out of town so STP suggested that we head to Phoenix Court at Paramount instead. 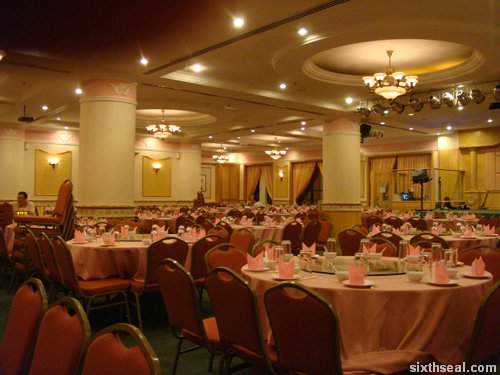 Now, the interesting thing about Phoenix Court’s curry fish head is that the chef was originally from Sheraton (which has a legendary flagship curry fish head dish) but apparently the proprietor was the only one who knew the exact ingredients so the chef didn’t have the complete recipe for it. 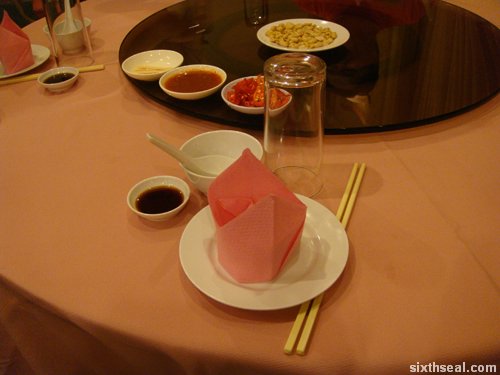 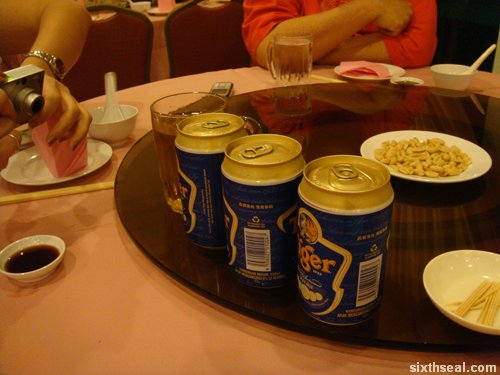 I’m sorry I ordered Tiger beer, the place doesn’t have Heineken. 😉 Oh, I read in the papers today that it seems like there’s going to be no alcohol served at the Chelsea – Malaysia friendly due to certain religious affiliated political parties being unreceptive to the idea. Oh well. Anyway, The Mysterious D (TMD) had also saw it fit to grace us with her presence so it was a bit of a “Welcome Home!” occasion for her as well. 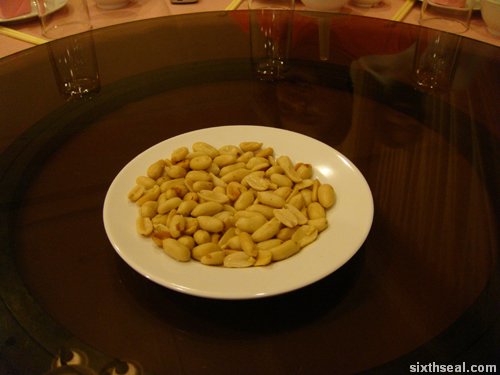 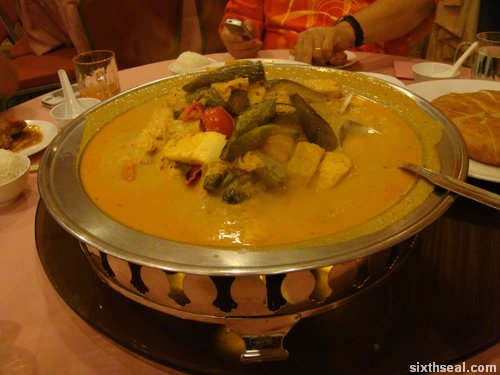 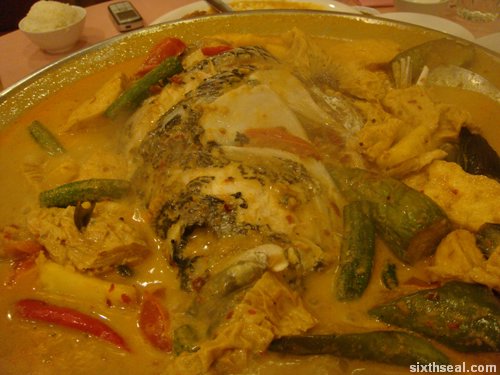 It still tastes pretty good though, but they really shouldn’t be comparing themselves to Sheraton. 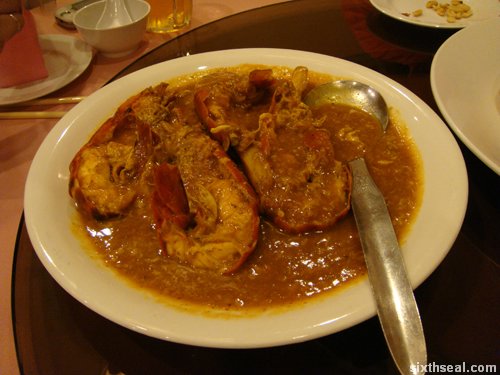 The giant prawns cooked in a special egg sauce (RM 42) is, in my opinion, the real flagship dish of Phoenix Court. The sauce is probably the chef’s secret now, and they should be promoting this instead. 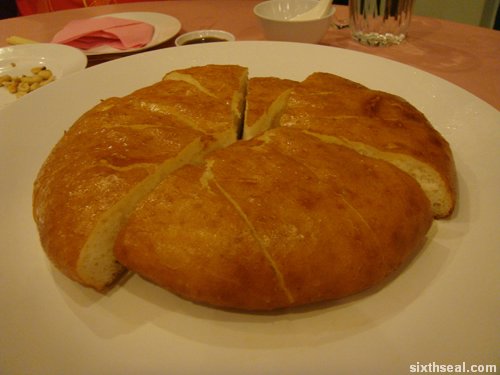 It is served with a side dish of a huge chunk of fried dough much like a cake. It serves well to soak up the delicious gravy of the dish. 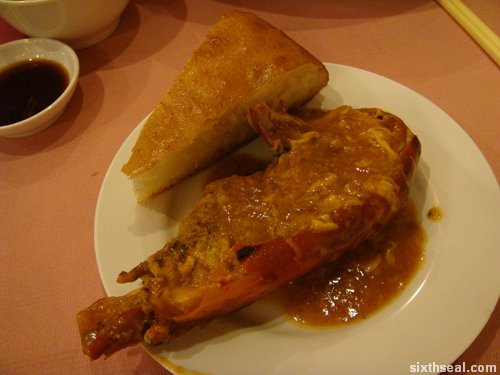 This comes highly recommended from me – it’s really that good. 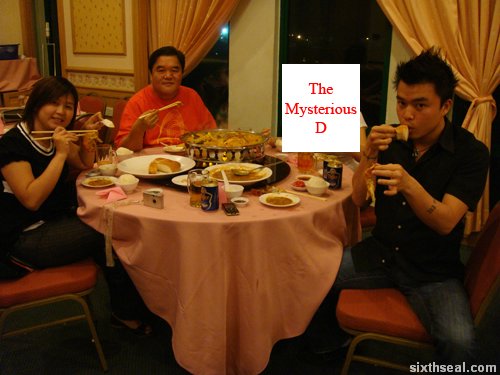 Thanks to STP, Mary and D for helping me out with the posts! Cheers!
I know, my Photoshop skillz is really POHfessional. 😉 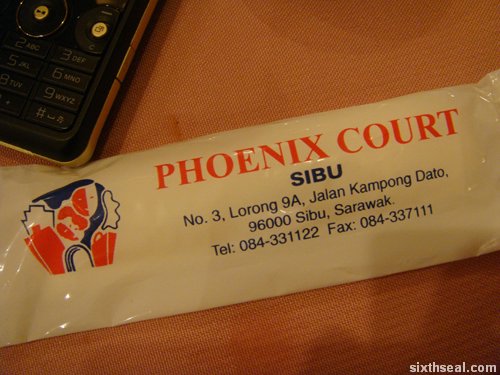