I told Cheesie that I’ll be doing her Wildest Football Fantasy contest and after a bit of procrastination, I’ve finally managed to get it done. Hey, I needed a bit of time for the props okay? :p 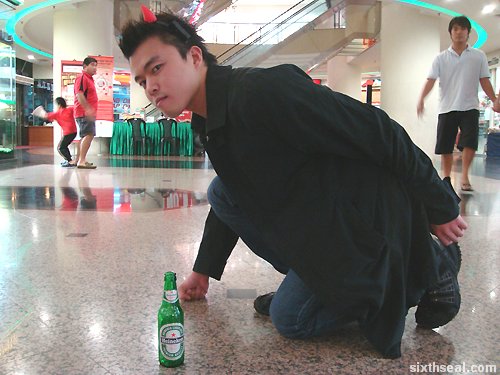 I had a dream that I was Hellboy and somehow landed in the middle of a shopping mall. I was searching for the missing piece of the crown that would enable to me control the 4,900 strong Golden Army. Interestingly, I found the missing piece in a “China Mali” shop and instead of controlling the Golden Army, I found myself controlling the Chelsea team during the Chelsea – Malaysia friendly match.

I dreamt that the score was 3-1 to Chelsea (had to let the Malaysian team score a goal since it’s a friendly). I remember winning a ton of money from betting on the forecast scores…and the last thing I recall saying was “You’re in love. Have a beer.” 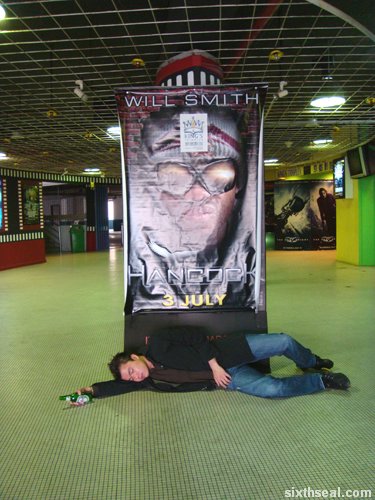 …and waking up as Hancock. 😉