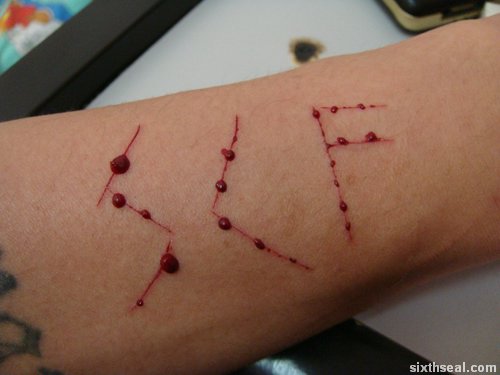 The words “self harm” and “self injury” has been bandied about a lot by psychologists and teenage cutters obsessed with their own angst. It has also been mistakenly labeled as “suicidal behavior” which is grossly inappropriate since most cases are not intended to hasten the kicking of the bucket.

I propose that this behavior be exploited, I mean, explored as a new avenue for advertising instead. We’ve all heard of tattoos as a form of advertising with human advertising billboards but there are problems associated with that (mainly the permanent nature of the process).

Cutting may be a more appropriate “human advertising” medium for events. This is the sixthseal.com Guide to Human Advertising. 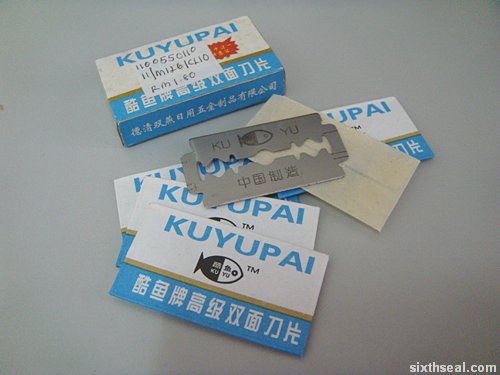 Step 1: Obtain a box of old skool razor blades. It doesn’t really matter what brand you use as long as it’s properly wrapped, clean and sharp.

Step 2: You will require a pair of steady hands. This is necessary to avoid transcription errors due to shaky hands. 😉 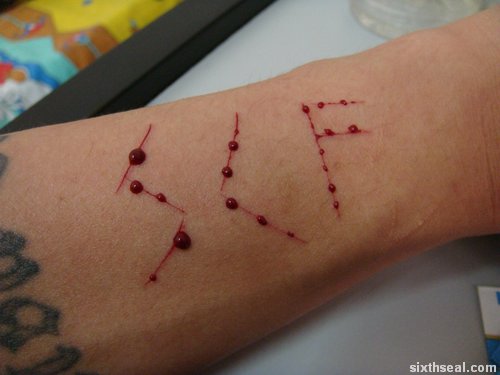 Step 3: Use the razor blade to carve the name of the event you want to be promoting. It should optimally be short – use initials when possible e.g. “RWMF” instead of “Rainforest World Music Festival” since skin real estate is at a premium. 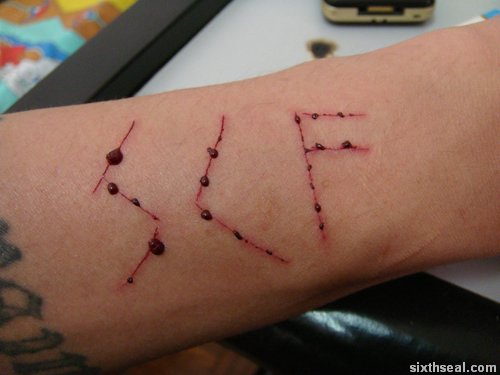 Step 4: Please allow sufficient time for the blood to coagulate – it is the body’s natural healing system at work here and it prevents bacteria and other Nasty Stuff (TM) from entering an open wound.

I have included a video tutorial on skin advertising – this is for the “Sarawak Cultural Festival”, abbreviated to SCF due to skin real estate issues.

The right amount of pressure should be applied consistently. It is obviously unwise to apply too much pressure (razor blades are sharper than you think) but enough downwards pressure should be present to achieve the desired results. Please direct your attention to Exhibit A (Cleaned and Healing Scar) below. 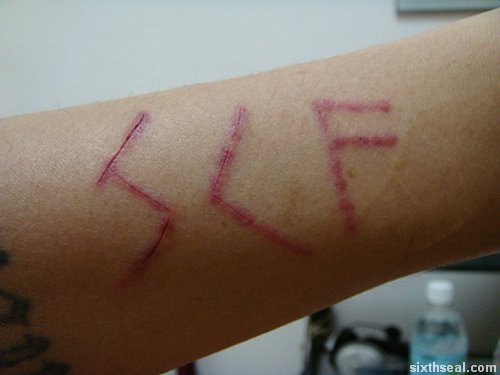 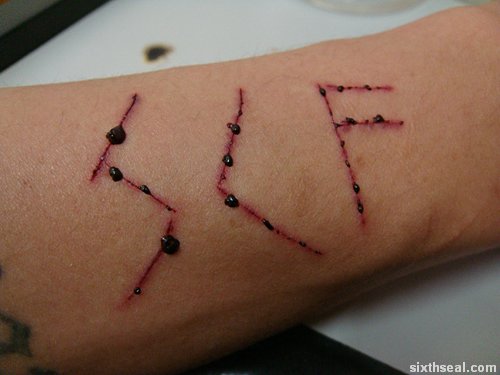 What do you think? The advertising industry is constantly on the lookout for new opportunities and mediums. Could this be the next new wave of advertising? Or will it be relegated to the fringes of society?

88 thoughts on “The sixthseal.com Guide to Human Advertising”